Will Olympic Inclusion Put Pay To Pro Surfing’s Culture of Casual drug use? Kelly Slater once described recreational drug use among pro surfers as 'rampant' and 'full on', but is Olympic inclusion likely to stamp it out? We investigate, here:

Earlier this week the WSL announced it had reached a ‘landmark’ anti-doping agreement with the ISA, to ensure all its athletes are eligible for competing in the Olympics.

As with almost all of the WSL’s announcements regarding drug policy, the release contained lots of superlatives, lots of talk of integrity and left lots of unanswered questions.

The main one being; what exactly will change in the wake of this ‘landmark’ agreement? The WSL already subscribe to the WADA list of banned substances, used by all Olympic sporting federations and claim to carry out frequent and random testing on athletes, both during and out of competition. With a lack of specifics, we can only assume that this pledge relates to an upping of the rigour and frequency of this testing, and if that’s the case, it could be about to cause some problems.

While some have speculated that performance-enhancing drugs are being used within surfing, there have only ever been two recorded instances; Neco Padaratz in 2005 and Raoni Monteiro in 2014. 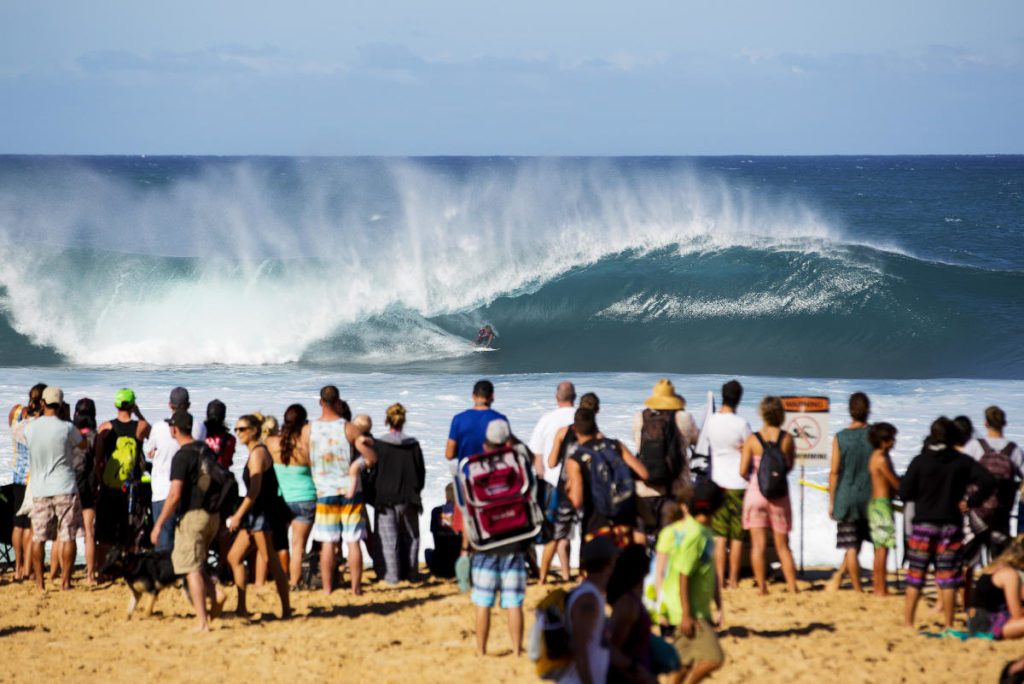 Raoni Monteiro packs a bomb, prior to testing positive for PEDs at the 2014 Pipe Masters. Photo Kirstin Scholtz // WSL

When it comes to recreational drugs however, it’s a whole different story. In 2013 Kelly Slater told the Courier Mail that there was ‘no denying’ that illicit drug use was ‘rampant’ and ‘full-on’ among CT surfers, and while there’s almost certainly less going on than in the well-documented Occy, Carroll and Irons’ eras, there’s plenty of anecdotal evidence to suggest it’s still rampant today.

You only need to go on a night out after a world tour event wraps- or after a heavy day of early round losses- to see that some of the world’s best surfers (like politicians, bankers, tilers, teachers and almost everyone in between) have a particular penchant for coke. This ‘love affair’ apparently runs so deep in fact, that last year Chas Smith wrote a whole book about it.

Then there’s the use of less controversial, but still banned substances like weed. Here, you don’t need to rely on the story your mate told about a top ten surfer stumbling out of a French toilet with a polo hanging out of his nose or a book by a gossip-loving surf journalist as your primary bits of evidence. 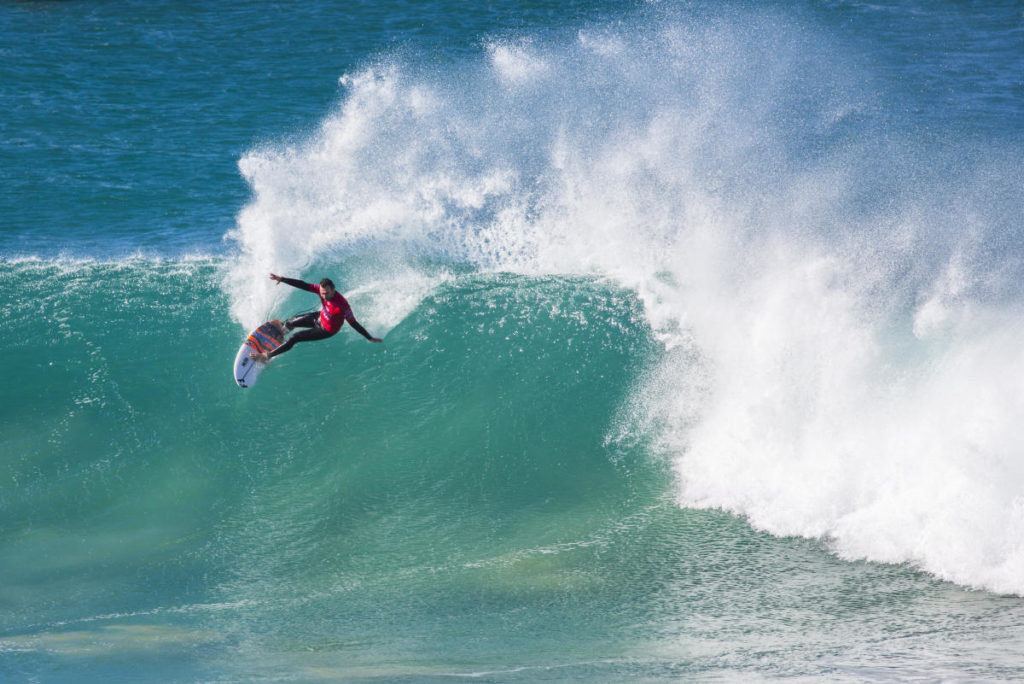 Is being stoned the first time you surf a certain spot the secret to an everlasting connection? Parko an J-bay seems to suggest yes! Photo WSL// Pierre Tostee

A lot of the time the surfers will just talk openly about it. Most recently, for example, Joel Parkinson casually recounted the story of the time he got stoned before his first ever contest at J-bay (which he won) on a live episode of Aint That Swell. Then there’s the fact occasional CT wildcards Mason Ho, Bruce Irons and Jack Robinson, as well as BWT Champion Billy Kemper have all openly endorsed or affiliated with companies in the weed industry. And the fact that over half the tour hail from states where processing personal amounts of weed is decriminalised.

Basically, use is obviously widespread, so why have the viewing public never once been told of a top-level surfer testing positive for recreational drugs? Either no one has ever been caught, or they have and it was swept under the carpet.

More like this:
The Drugs Don’t Work
Weed & Surfing: Before, After, Both or Never?

In support of the former explanation, there is a distinct lack of transparency from the WSL when it comes to how regularly surfers are tested (unlike the ISA, who release all testing info [except names of athletes] on a public spreadsheet). A 2018 investigation by JP currie for The Inertia revealed a mixed bag on the frequency front. Fanning and Ibelli said they’d been tested 6 times so far that year, while Zeke Lau said he hadn’t been tested once in two seasons. 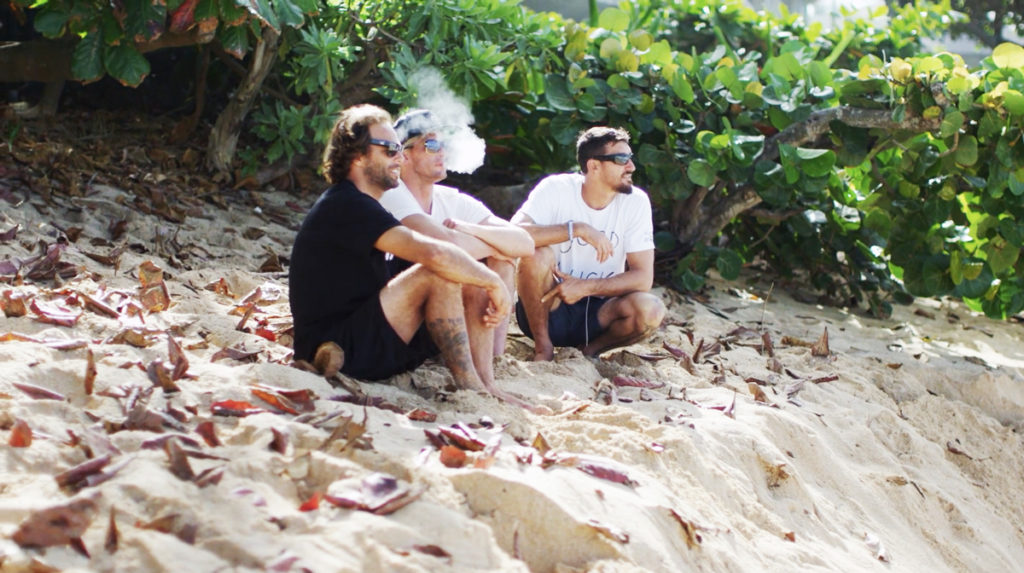 Evidence for the theory surfers are being slapped with drugs bans, but we’re just not hearing about it requires a moderate leap into the world of conspiracy. Let’s indulge for a moment while we consider the following scenario.

A tour surfer with a major sponsor fails a drugs test. Staring down the barrel of a PR nightmare, their big-name backer- who also happens to put their money behind various CT events, suggests to the WSL they hand down the ban, but spin a white-lie cover story to explain away the athlete’s forthcoming absence. Surfers get injured and miss events- and sometimes even a whole season- all the time and as viewers, we rarely demand more than an Instagram pic of them hobbling up the beach. Why drag the league, the brand and the athlete through the mud for nothing? It just doesn’t make commercial sense.

While there’s little evidence this scenario has ever occurred, it’s perfectly plausible even within the WSL’s own guidelines. In article 12.C of their 2018 anti-doping policy it states that ‘a violation in relation to an Illicit Substance will be made public only at the discretion of WSL.’

As such, it seems the implementation of this new ‘landmark’ testing policy, whatever it may be, could have one of three outcomes. Number one, every tour surfer abandons any and all casual drug use in the face of testing and Olympic aspirations. Number two, the surfers carry on as normal, but the testing becomes more rigorous and catches some athletes out. Or number three, the WSL’s new tailored drug policy ticks just enough boxes to appease the ISA and IOC, while remaining opaque enough to uphold pro surfing’s long-held tradition of ‘don’t ask don’t tell’ when it comes to getting on it.