[Welcome to ‘On Reefs’ a new series of stories exploring the hidden quirks and perils of reefs around the world through the personal experiences of those who know them in intimately.]

Bagpipe, originally named for its likeness to the Banzai, is a short, intense left hander that breaks onto a shallow shelf of uneven sandstone on Scotland’s north coast. Like many slabs that connect directly to the land (as opposed to those which break surrounded by deep water), the only thing that makes the wave remotely makeable is a fissure which cuts through the reef at a right angle to the coast. This narrow channel of deep water creates a perfect zone to shoot from and, if you manage to make the tube, eject into. However where it meets the land it forms an evil looking plunge pool, fed by waves surging in from the seaward side and water flooding off the slab. 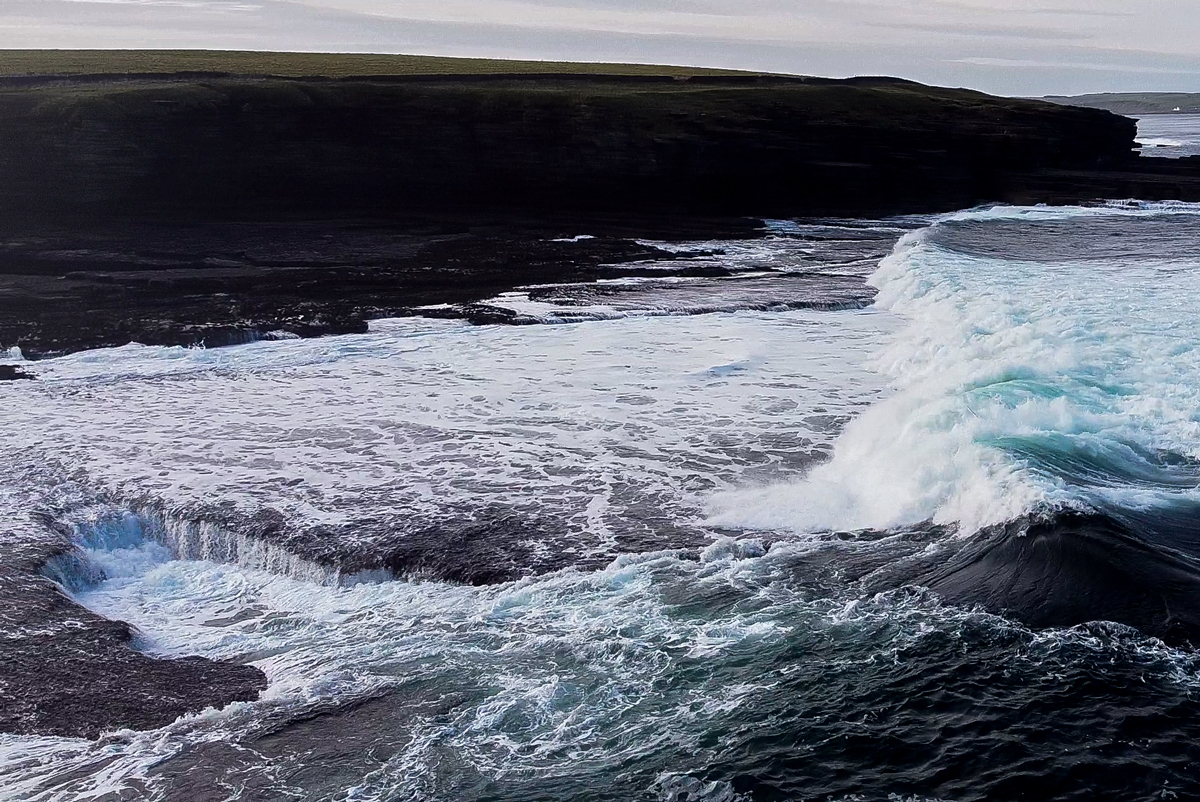 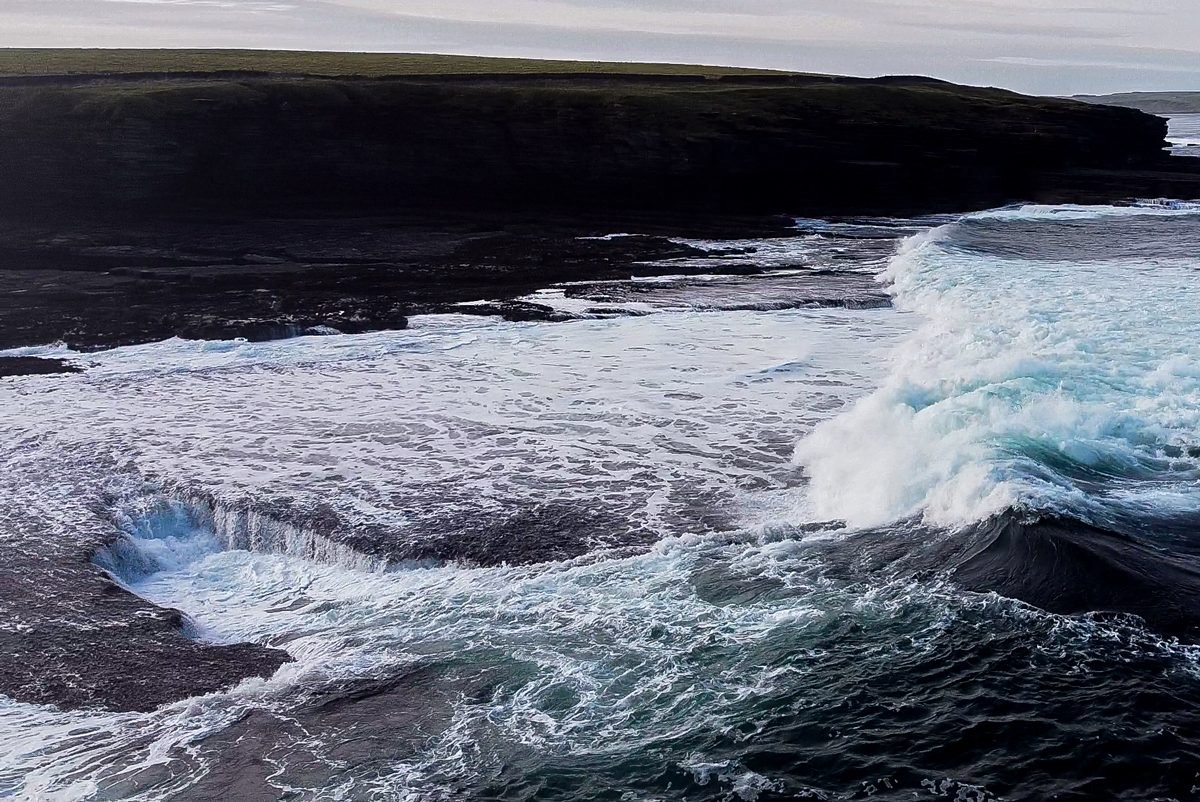 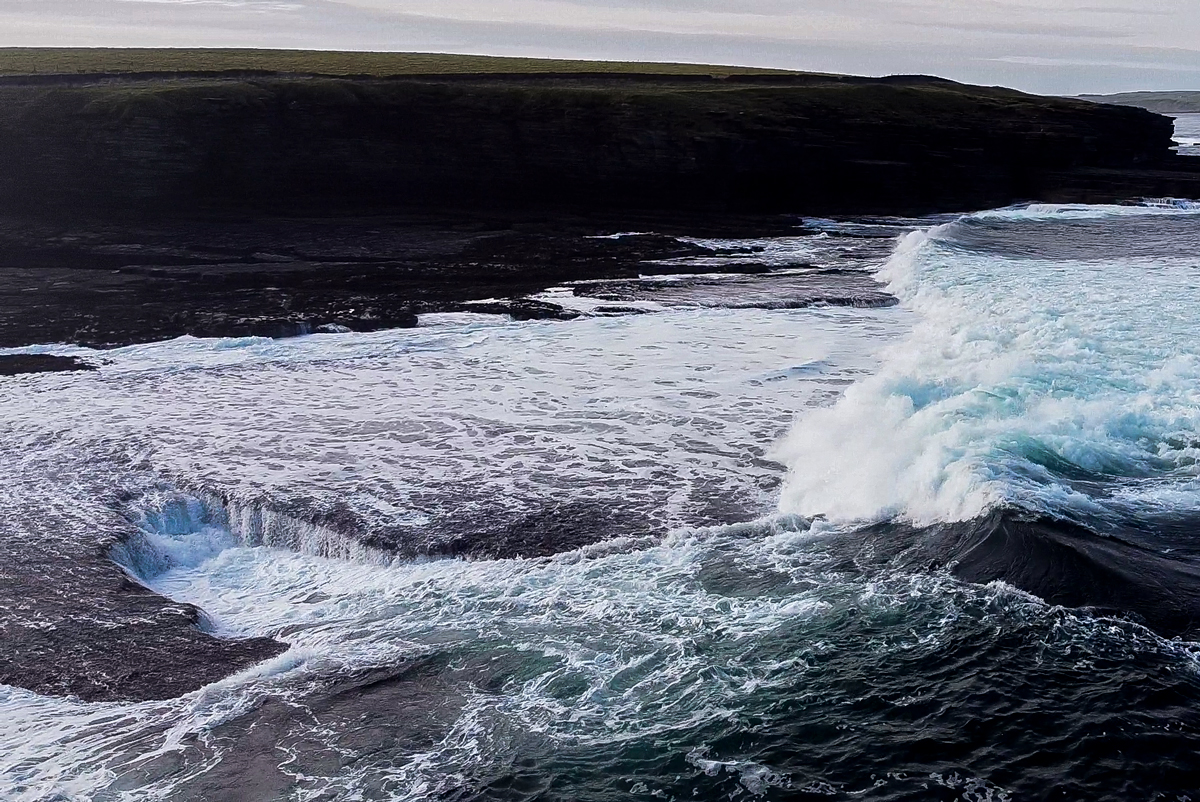 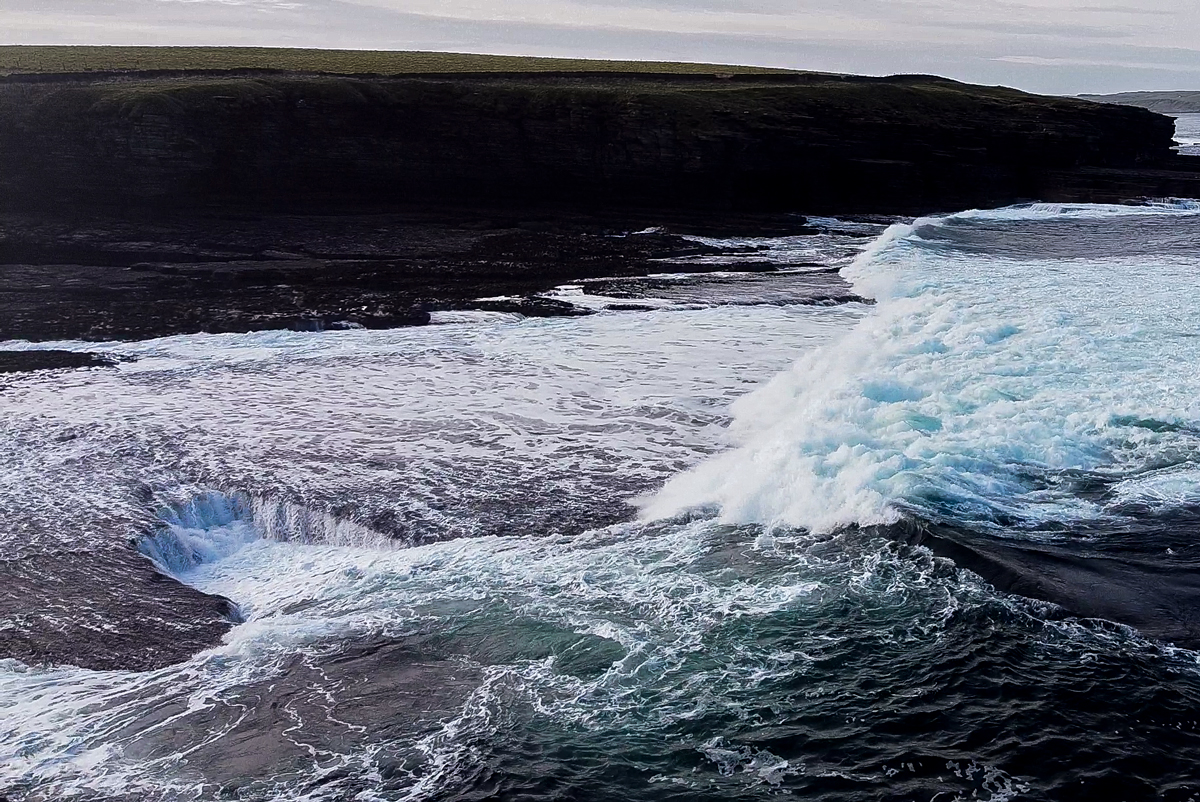 As if that wasn’t nightmarish enough, according to the local boys who’ve swum around there on flat days, it also boasts a pretty sizeable overhang, creating a submerged cave beneath the ledge. Bagpipe’s earliest bodyboarders dubbed the wave ‘Death Alley’ as a nod to the acute horror of this particular bathymetrical querk, which thankfully, few have experienced up close. This, however, is the story of the time Ben Skinner did.

It was a solid October morning in 2018 and a small crew of visiting surfers in town for the annual Thurso comp had paddled out alongside local boy Mark Boyd and filmer Mr B for what looked set to be a classic session at the slab. After trading waves for an hour so, Ben swung on a big wide one as it jacked up on the outside of the reef. “It would have been the wave of my life if I’d made it,” he says, “but it pinched on me right at the end.”

After the wipeout, he popped up on the inside in just a few centimetres of water, standing up for just long enough to take a breath and feel his board getting dragged down into the gully before the next wave broke in front of him. “In hindsight I should have just taken my leash off and ran up the reef,” he says, “but as I was trying to pull my board out, I got hit by two more waves, just jumping into the white water and getting smashed.” As the third wave broke on his head, Ben felt himself getting washed off the shelf and down into deep water. What happened next was a blur.

“At some point my leash came off,” he says “and I remember just getting sucked down and down and because my board wasn’t attached to me, I had nothing to pull myself back up.” Time slowed as he searched for the surface, his body pressed against the side of the slab. “It took me so long to come up that at one point I literally thought I’m going the wrong way. That was the point where I started to panic,” he says. “I’d been on the edge of the slab, so I wasn’t expecting a long hold down. I was bracing myself to hit the reef, not to get held under.” 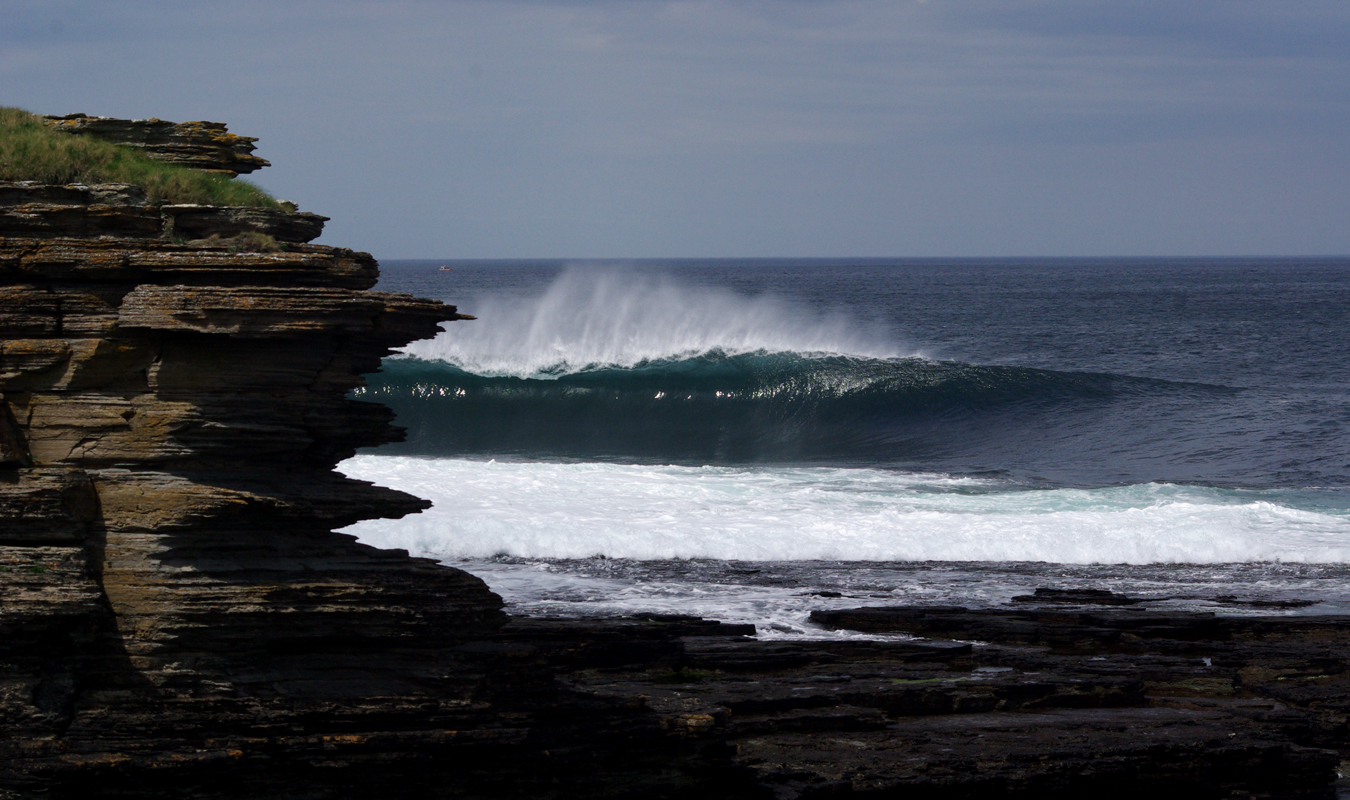 Watching from the land, Australian photographer Jordan Godley first clocked something was wrong when he noticed a board pop up a few meters down from the wave without anyone attached to it. For what he describes as ‘a good bit of time,’ he scanned the inside and saw nothing. Then suddenly Ben surfaced on the other side of the channel. “He looked in a pretty bad way, like ghostly white,” remembers Jordan as he rushed down to help him. “He’d definitely been stuck under the reef for a bit.”

“By the time they pulled me out the water, I just had nothing left,” remembers Ben. “I took my wetsuit down and just started puking on the reef.”

“It was a last-minute kind of scrape and luckily I just got to the surface, but at one point I nearly turned around and went the other way.”

“It hasn’t really put me off surfing there,” Ben reflects on the experience. “In fact now I know what not to do. Next time I’ll just ditch my board and run up the reef. I think you’ve got to have those experiences to learn from them, although hopefully someone else who goes there might learn from mine too.”

Discovering Bagpipe; A Brief History Of A Crazy Scottish Slab

It was a balmy summer's day in 1975’s when Welsh surfer and photographer Paul Gill crossed a boggy field on Scotland’s north coast and watched waves breaking across the shallow flagstone shelf [...]

We’ve done strike missions to Scotland before, but this Autumn we decided to try something a

Britain’s most northern nation was recently voted the most beautiful country in the world by readers of the Rough Guides, a notoriously trustworthy bunch. We’ve done plenty of strike missions; [...]

Introducing WLCR; A Brand New Range Of Apparel From Wavelength

Today marks the launch of our brand new WLCR clothing range, a collection of practical, and stylish tees, beanies, hoodies and sweatshirts, inspired by our love of surfing and refined design. [...]