After Joel Stevenson arrived in south-east Norway in 2009, it didn’t take him long to grow bored of surfing the region’s fickle and lacklustre beachies.

He’d grown up on North Stradbroke Island on the east coast of Aus, re-locating to the Gold Coast in his early 20s, where he worked building boards with his brother Jason, the legendary shaper behind JS industries. But, after falling for a Norweigan woman he met in Bali, in his late 30s, he upped sticks and moved to a small country town just south of the arctic circle.

On a map, Norway‘s coastline looks like it’s been shattered with a hammer, with 50,000 tiny island shards littering 18,000 miles of rutted inlets, which face out towards Greenland across the North Sea. After a few years surfing the well-known breaks in his area- which were fine on their best days, he says, but lacked the quality he was used to- Joel set out in search of setups with a little more grunt.

It was a long and arduous process, involving hours of hiking in the biting cold, passing up rare good days elsewhere to scour every crag and outer island for signs of breaking waves. When the sea went flat, he’d turn to google maps and nautical charts and in the summer, he’d take his boat out to free dive at potential setups, mapping bottom contours and looking for barely submerged slabs.

Then, one day while out searching with his Aussie mate Dylan, they finally spotted what they’d been looking for… “A short, super shallow barrel breaking on a shell encrusted granite ledge near a small island.” They called it the Icebox. 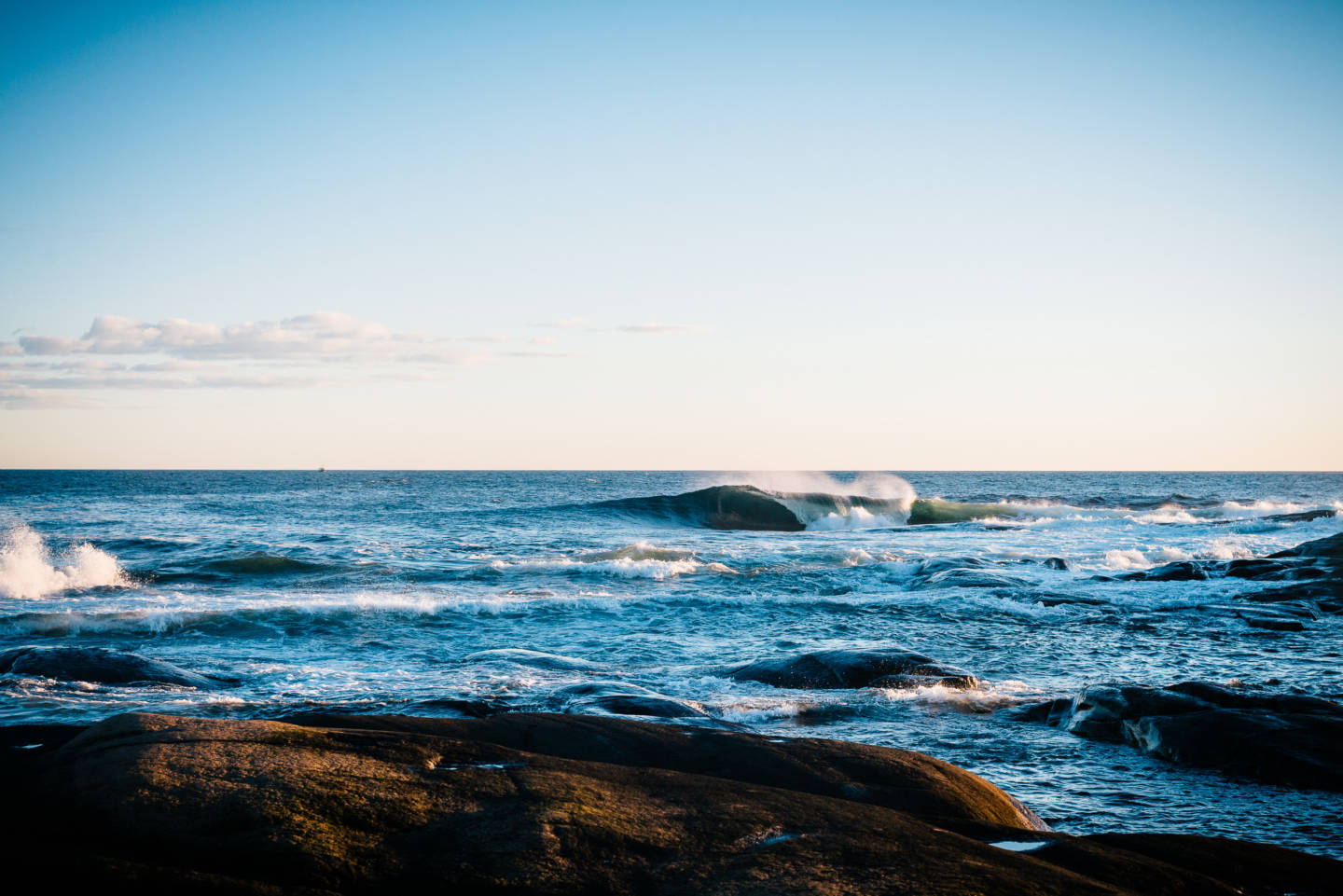 Soon after the discovery, Dylan was sidelined with other commitments, leaving Joel to begin figuring out the wave alone.

“It’s a beautiful area to surf due to its remoteness,” he says, “with only a few summer cabins visible along the coastline. The only signs of life you see are passing fishing boats and the occasional curious seal.”

“Because of its location,” he continues, “it’s only accessible by a decent walk through the forest followed by a half kilometre paddle but, for safety reasons, I prefer to use my Zodiac boat.” 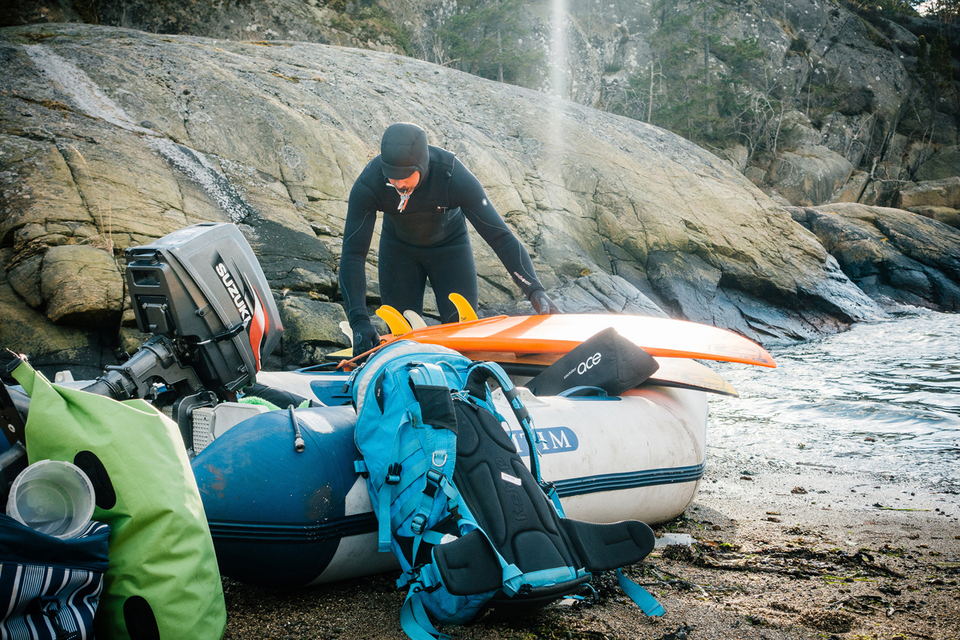 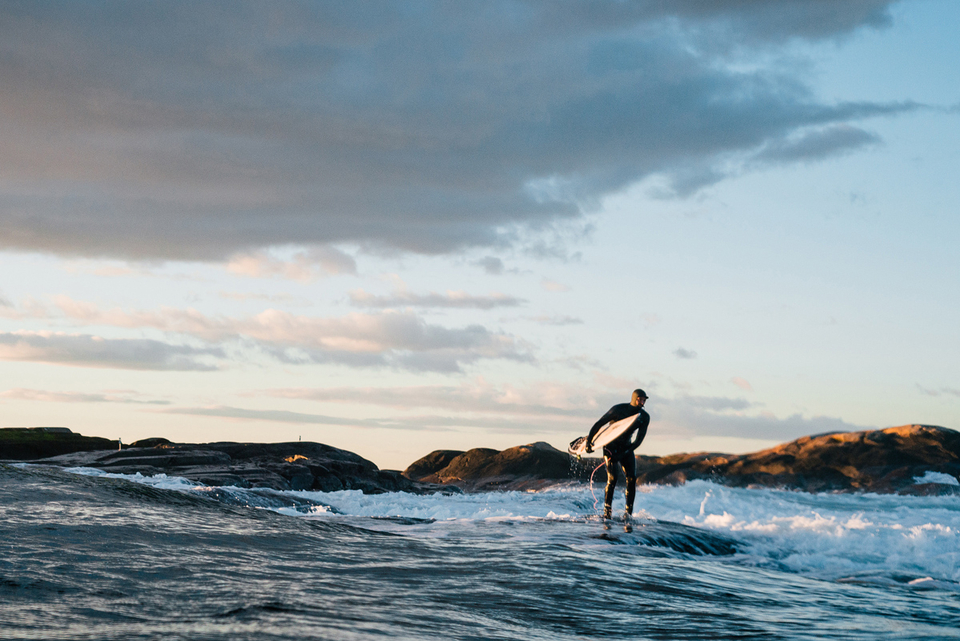 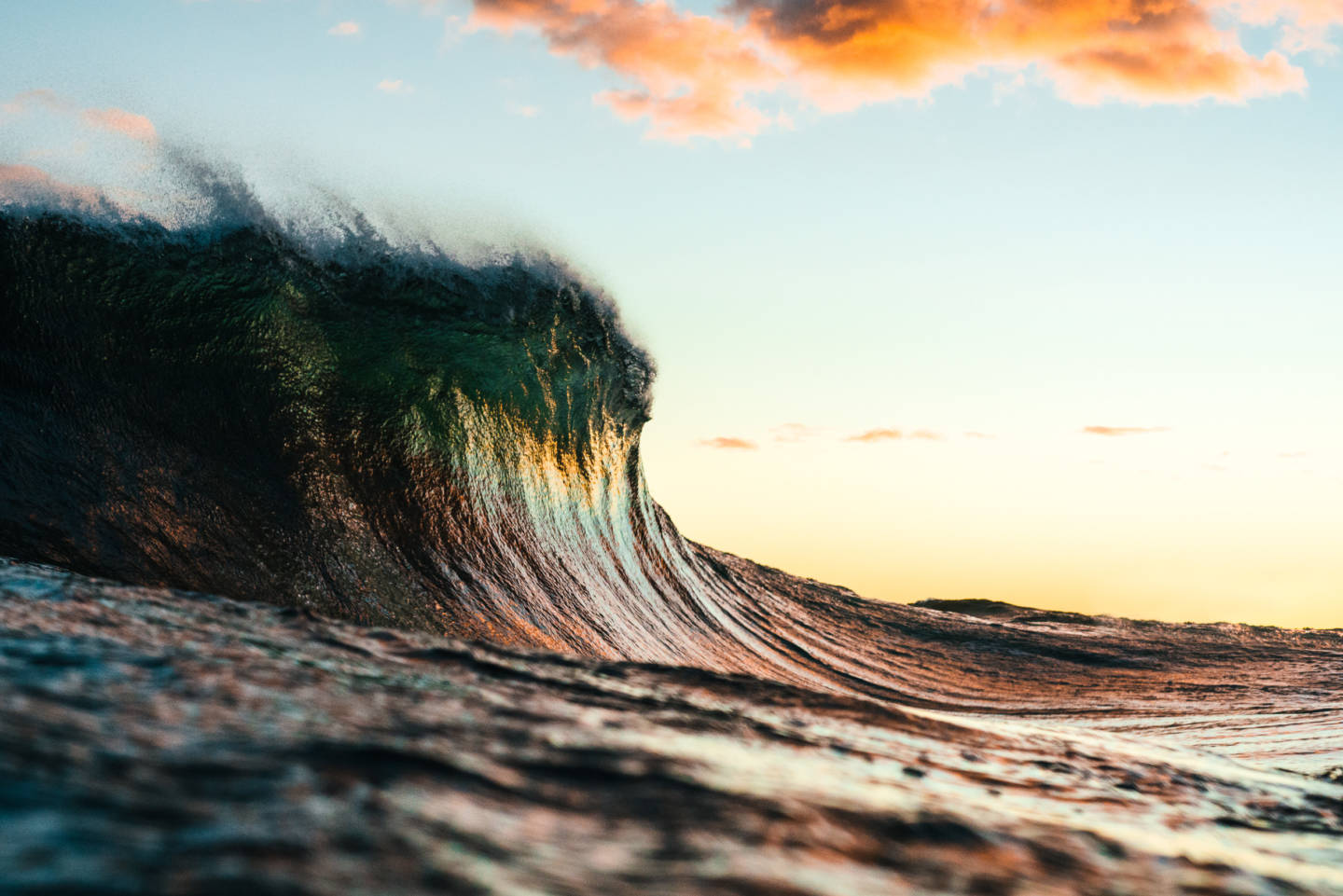 The wave owes its superior power to a deepwater canyon, situated about half a mile offshore, which focusses even small, short period swells onto the ledge. However, thanks to specific wind and tidal needs, as well as scant daylight hours in the winter, classic conditions are extremely rare.

“Sometimes, it can switch off for months on end,” says Joel, “and then we’ll get a swell and bam! You’re dealing with double overhead waves breaking in knee-deep water.”

“It’s bloody hard on the nerves and you’re trying your best to make the most of it  just in case there’s not another swell for a while.”

“When it’s breaking properly, it goes from a waste deep takeoff into a horseshoe-shaped bowl, breaking into ankle-deep water,” he explains. “And, right where the lip lands at the end of the wave, there’s an exposed rock. You need to have a good understanding of the spot to get a good one, because only certain waves hitting from the right angle are rideable and many suck dry.”

Joel’s preference is to take off as deep as possible, hoping for a chip shot that will allow him to backdoor the section and hit the end bowl with enough speed to make it past the dry bit. However, he says if you stuff the takeoff trying to take that line, or the wave does something weird, you’ll end up getting dragged across exposed rocks.


“I’ve sliced apart so many wetsuits, destroyed the nose of multiple boards and snapped out fins from nearly everything I’ve ridden out there,” he says.

After making light work of his quiver of JS’ and struggling to get new ones shipped over, Joel decided to start making his own boards from imported super-strength composites. Now, he rides them exclusively and builds them for customers through his brand Infusion Surfboards. Although they still take a battering, he says nowadays, they usually return home in one piece.

Thankfully, his body too has somehow managed to avoid any serious injuries, with Joel crediting his C-Skins hooded 6mm suit, as well as boots, gloves and a Gath helmet in the summer with saving him from losing too much skin on his trips across the reef. Recently, after years surfing mostly solo, Joel began benefiting from the reassuring company of a fellow Aussie hellman named Chris, who regularly paddles out on his bodyboard to trade pits.

“He nails some good ones out there which is great because it pushes me harder,” says Joel. “There have been a few others over the years too and it’s always good to have company and a laugh in the water when it happens.” 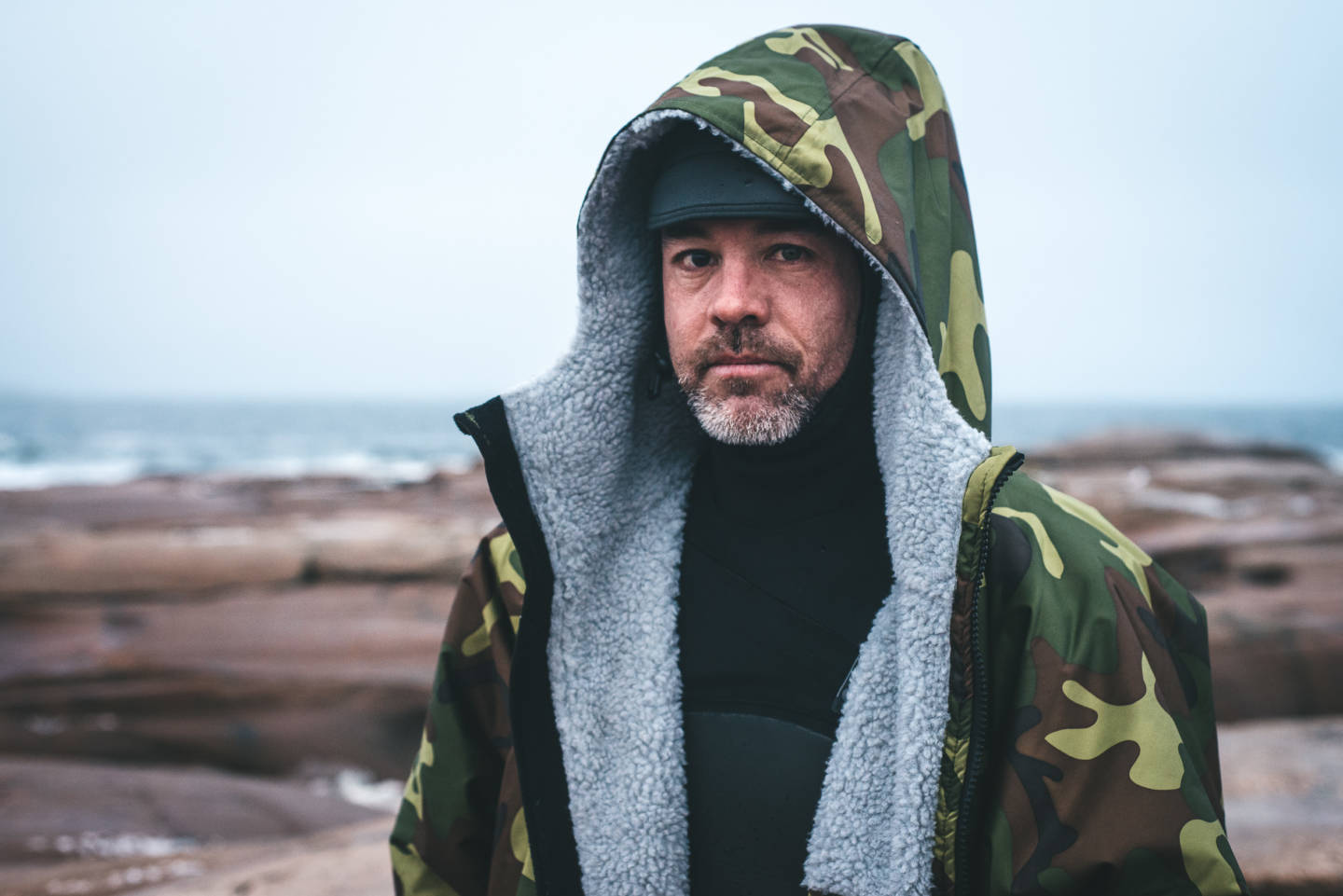 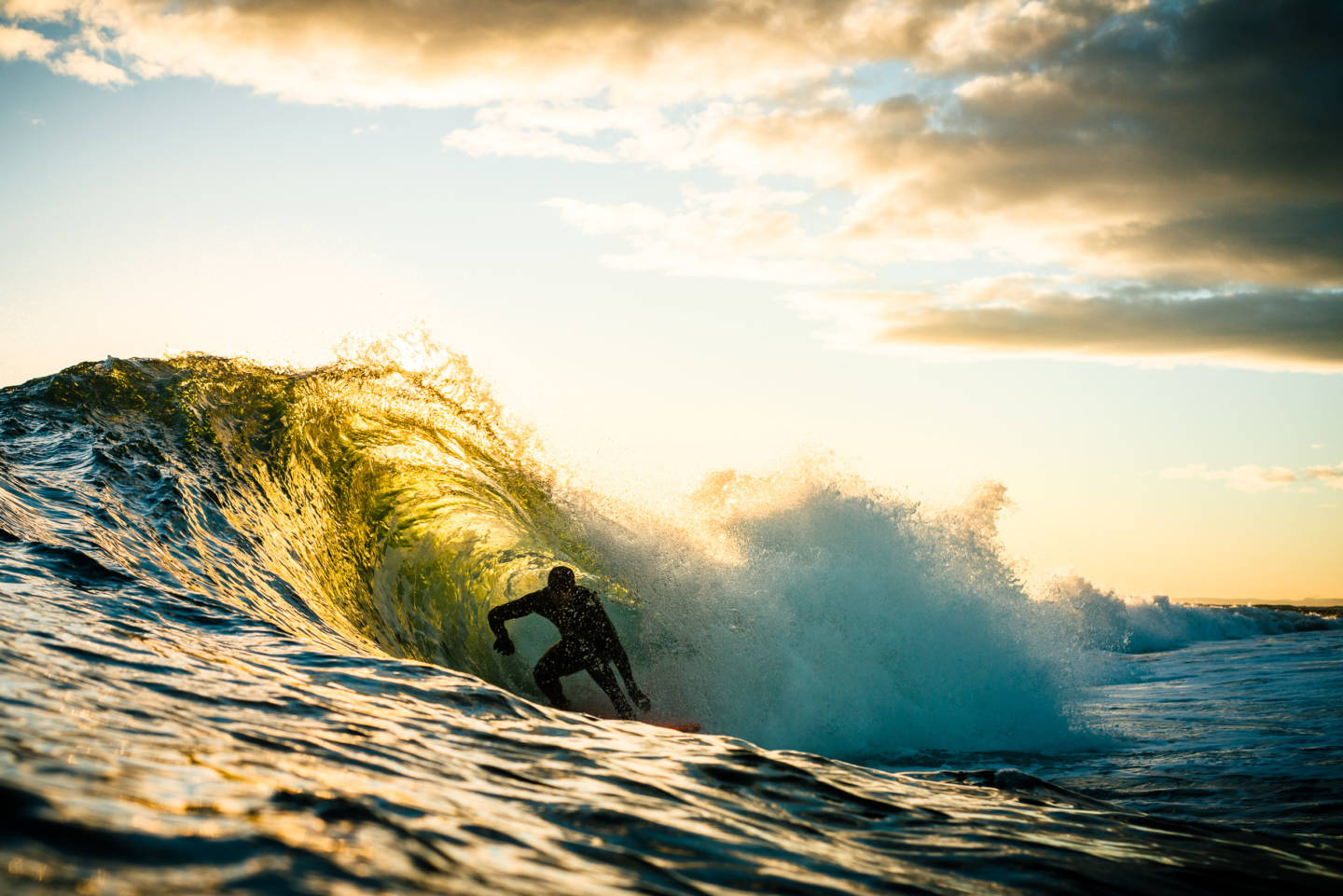 Left: Joel on the granite. Right: And in the hole. Photos: @kahlstrom.

When I asked Joel his most memorable experience surfing the wave, he recounted the story of a day in minus -16 degrees, when the sea ice was too thick to make it out with his boat, but the wind was offshore and the swell perfectly clean, so he packed up the Zodiac and ran the several kilometres along the forest track, covered by 20cm of undisturbed snow, then paddled out without pausing so as to keep his body temperature up for long enough to get a few. In the end, he managed an hour in the water, setting off back across the channel with 3 nice barrels under his belt.

That he reached for the story of a day fraught with difficulties rather than a session where it all came together perfectly, seems telling, I think, of both the allure of the journey and Joel’s dedication to this little lump of Nordic rock and the short, but glorious moments of tunnel vision it allows. 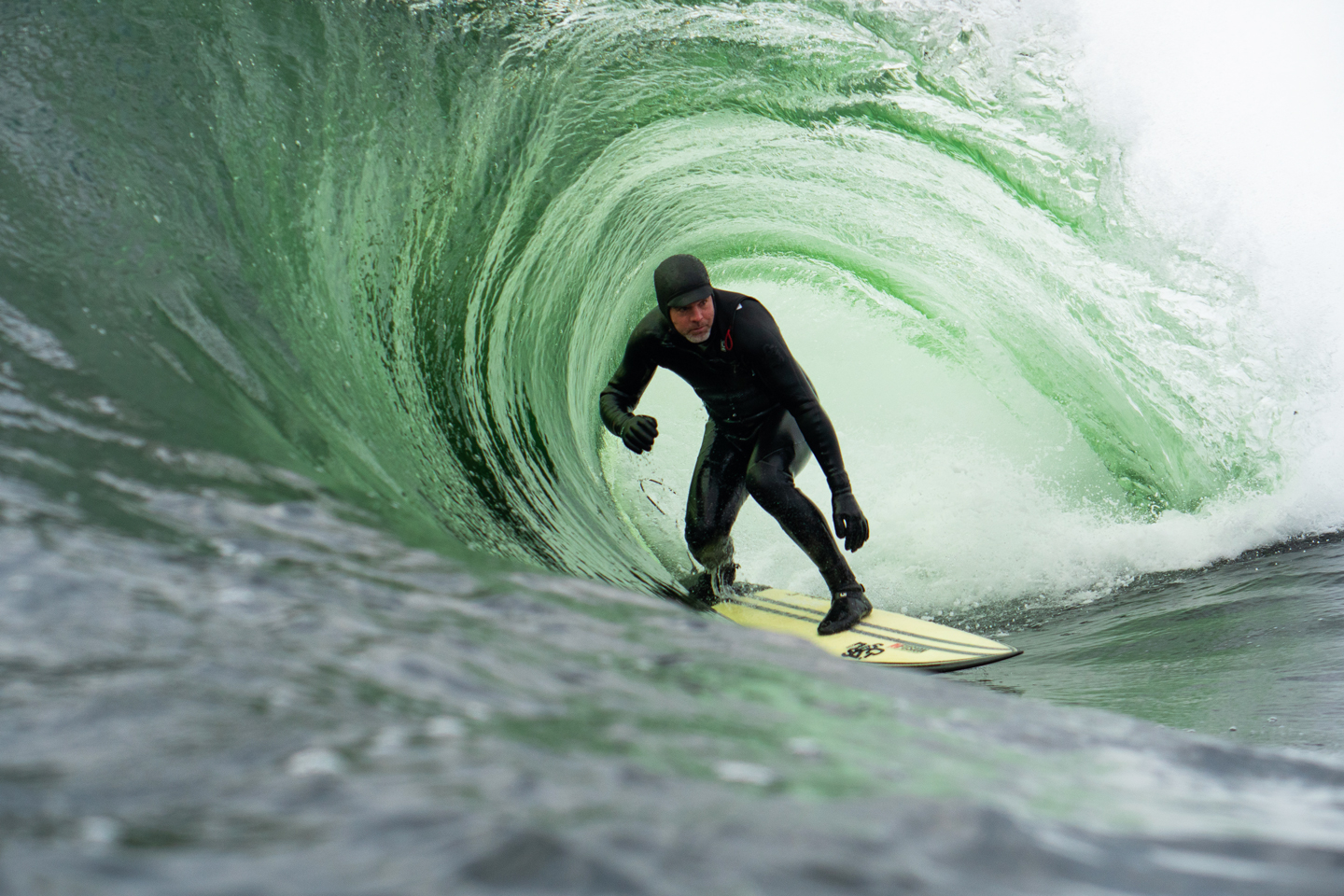 Joel, slotted in a wide one. Photo: @kingflyber

Find out more about Joel and his adventures with the Icebox in a new documentary, coming February 2021. Watch the trailer here.

Cover photo by Mats Kahlström, see more of his excellent work on his website or Insta @kahlstrom.

[This is an introduction to Wavelength Volume 259, landing exclusively with subscribers on 30th October. Subscribe now to get your copy, plus a free bag of Allpress Espresso coffee to [...]