Home » One Memorable Tale From The Making Of ‘Nathan Carter: Cornish Bombie Hunter’

One Memorable Tale From The Making Of ‘Nathan Carter: Cornish Bombie Hunter’ “As soon as I got out, I realised the reason we couldn’t find it is because the whole cliff had collapsed. So we’re standing there at the bottom of the cliff at dusk, incoming tide, pretty big swell. Thinking ‘Ah, what are we going to do’.”

The film tells of Nathan’s solo efforts to find and surf quality waves around his home in North Conrnwall. Unsurprisingly, it ain’t that easy and requires all sorts of hardships including forgoing classic days at his local to walk the coastline and shimmying down loosely hammered in ropes to access the setups he finds.


Access to all of the spots we visited during filming was fairly perilous, although there was one day that stuck in our minds as perfectly indicative of the lengths required to score empty, pumping waves.

It was a cold afternoon in November and after a long day of hunting, we’d finally found the goose. Peering through the dense hedgerow, we spied long brown lines reeling off down a black cobblestone point, occasionally bouncing open and grinding for 50 yards or so as they found a shallow section of the reef. There wasn’t another soul in sight and Nathan quickly made off in search of the top of a vaguely recalled goat track, which he assured us allowed for relatively easy passage down the cliff. After a hike along the coast path, we arrived at the point Nathan remembered, however, there was no goat track to be found. 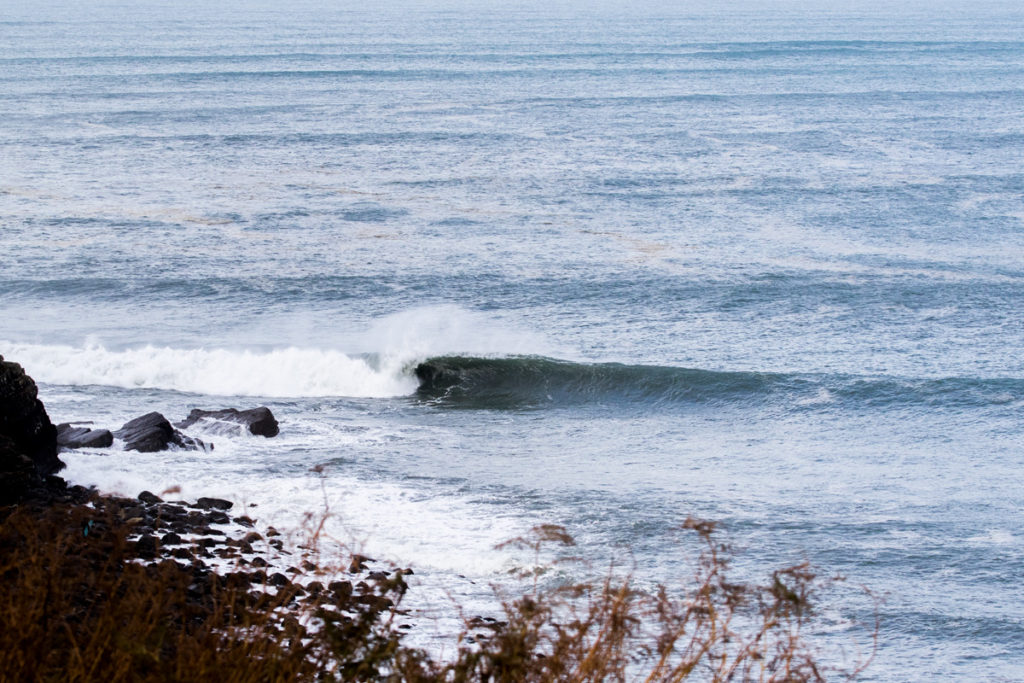 “I just assumed it had all got a bit overgrown,” he recounts later. Luckily, there was a second option. “You go down to the end of the point and you can scamper down a little outcrop with a waterfall going down it.” As I’d opted for an angle at the top of the cliff, I watched from above as Nathan along with filmer Luke Pilbeam, began their controlled slide down the slime-covered rocks.

“The only issue with that route is you know you’re going to be blocked off at high tide; as there’s no way you’re making it back up the point to get back up,” Nathan continues.

“But when the waves are that good, all you’re thinking about is getting down there and surfing.”

After a couple of hours of picking off runners and scrambling for the horizon to avoid cleanups, Nathan paddled off down the point in search of the bottom of the goat track, hoping he could break through the foliage that had prevented us from finding it from the top once he got there.

“As soon as I got out, I realised the reason we couldn’t find it is because the whole cliff had collapsed,” he recalls solemnly. “So we’re standing there at the bottom of the cliff at dusk, incoming tide, pretty big swell. Thinking ‘Ah, what are we going to do’.”

From my perspective at the top, the cliff looked impassable; a steep gradient, covered by a six-foot-deep layer of shrubbery. 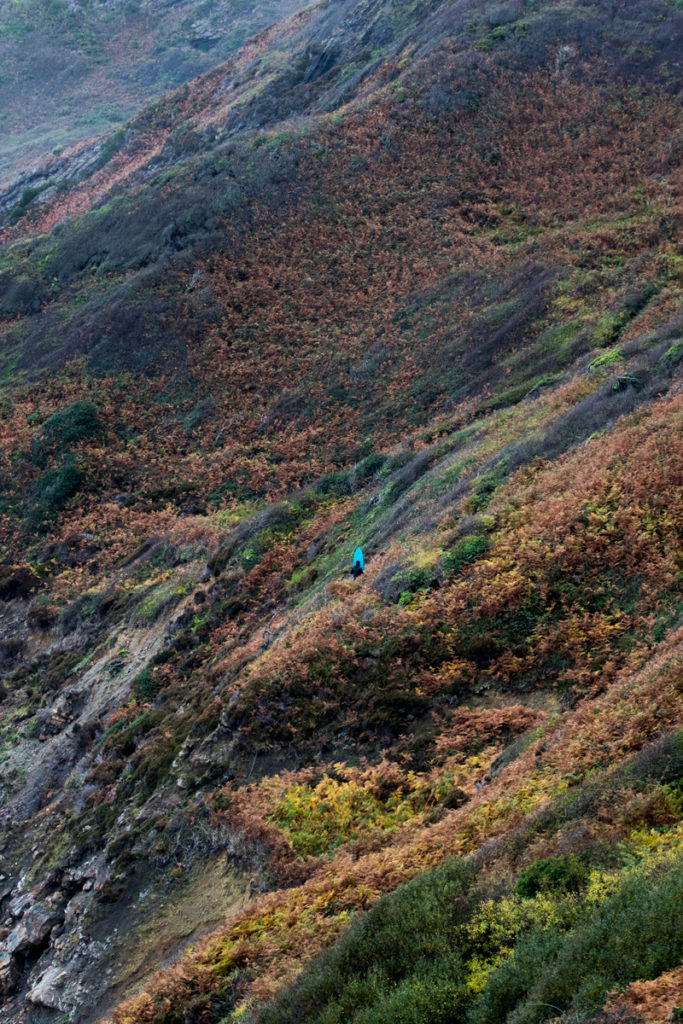 For an hour and a half, I paced worriedly along the coast path, scanning the cliff face for any signs of movement. Occasionally I’d see the top of Nathan’s electric blue board poking up through the multi-coloured gorse. Somehow, they seemed to be making progress.

With the light fading from the sky, eventually, the boys emerged, a little dishevelled, but laughing. “I spent the next few days picking thorns out of my arms and legs” recalls Nathan, “but there was no way I was ever going to call the Coastguard. I’ve got a bunch of mates who work for them and I’d never have lived it down!”

“Sometimes the lesson to learn is,” he summarises, “like the rock climbers say, check your access and check your exit.”

Check out a full in-depth interview with Nathan, here.