Home » Opinion: The Ocean Won’t Turn You Away

Opinion: The Ocean Won’t Turn You Away

North east based charger Emily Grimes offers her perspective on one of the more contentious debates that surrounds women's surfing....

[This article originally appeared in Volume 256.  Subscibe to Wavelength now to never miss an issue.]

Yes, I have been dropped in on. Yes, I have felt disrespected. Yes, I have been patronised, but for the most part, I don’t believe this is because I am a woman. I do not feel underrepresented by the media. I am a surfer, lots of surfers write about surfing. Yes, many of them are male, but the articles they write and photos they take are not about being a man, they are about being a surfer.

I write from the perspective of a western surfer. My experience is largely based in the UK and Australia, and I am writing about what I see to be a misplaced, yet extremely prevalent phenomenon within our surfing culture; one that I worry might ironically discourage women from taking up surfing. Namely, the reams of articles written under the banner of Surfeminism, which claim surf media and culture are inherently hostile to women. 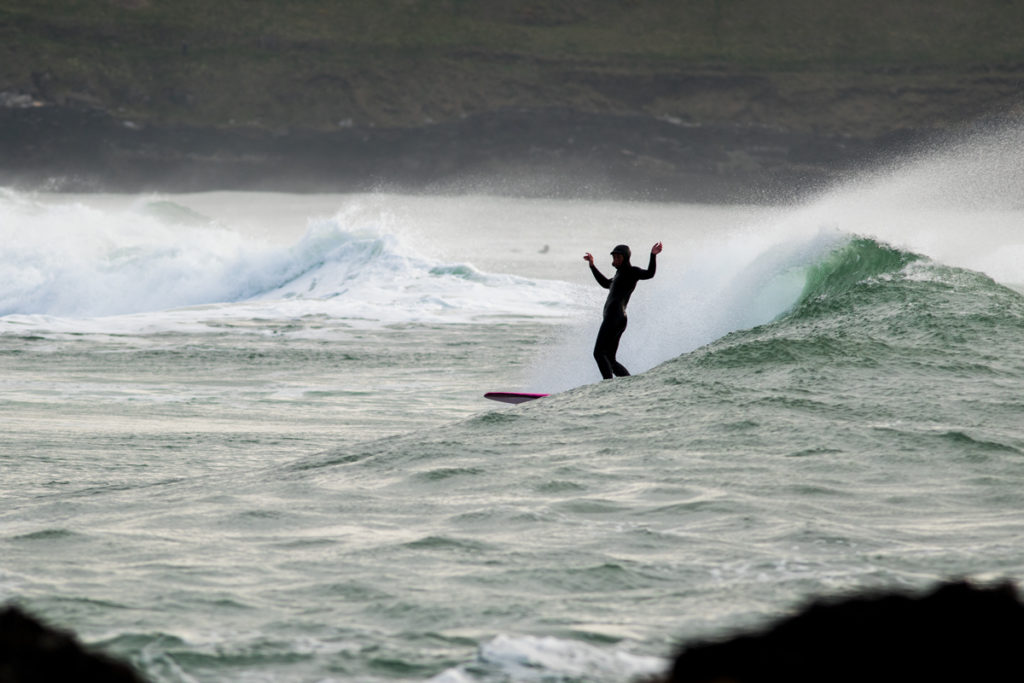 Keeping it cruisey on a fun-sized runner in the south-west. Photo @lugarts

I have been exposed to a lot of both marketing and editorial in the British media, in which female surfing achievements are synonymous with girl power. Maybe so, but if a man achieves something it is not brandished as ‘man power’. That would be ridiculous, it’s simply a personal accomplishment being celebrated, not an empowerment of all mankind. It is this disparity that I struggle with. I am not talking here about such achievements as equal pay in the WSL. That really is a fantastic development for both the sport and for women. The WSL, representing the surf industry, are in fact at the forefront of a very positive movement in sport in general. I am, however, in no denial that there is more to be done for pay equality, both in sport and across society as a whole.

I am talking about a separation of females, by females. A creation of and reference to ‘girl gangs’ or ‘tribes’. Negativity swells around the phrase ‘a band of brothers’ – what about sisters? Is that any different? I fundamentally disagree with any segregation or exclusion based on gender. In year 7 I wanted to play basketball, but there wasn’t a female basketball club. I asked, and I joined the ‘boys’ club. A number of charity boxing events were held during my time at university – none of these included any female competitors. I said I wanted to fight, I got to fight. Recently, I wanted to compete in ‘King of the point,’ a historically all-male surf comp on the North East coast. Again, my gender hindered me in no way. These organisations were not necessarily displaying sexism by being all-male, there had simply never been a female express interest in joining. In fact, rather than facing even an ounce of reluctance, on all occasions I was welcomed with open arms. If my involvement encourages other women to do the same then that is a beautiful bi-product.

There is no inherent issue or injustice in a male-dominated line up. There are many examples of groups, jobs and sports that are more heavily subscribed by females. Injustice would be a lack of opportunity to participate, and I am yet to encounter anyone who has been turned away by the ocean or a surf school because they are female. The competitive nature of a busy, male-dominated line up has at times been cited as being anti-female. Busy line ups are intimidating in their essence, do not assume this is any worse because you are female. There are men who will hassle you for waves, they will undoubtedly hassle men too.

Whether man or woman, if a lack of confidence is sensed or you have been seen missing waves then you are going to face competition. Surfing has a long-established hierarchy based on many factors such as ability, familiarity with spots and crowds. Whether or not you agree with this is neither here nor there. Yes, surfing is about having fun, but we are there, in the surf, to surf. If I’m not getting as many waves as I would like, it’s usually because I am not surfing well enough or it’s just too busy, not because I am female. In this situation, I might consider heading to another spot. C’est La Vie. 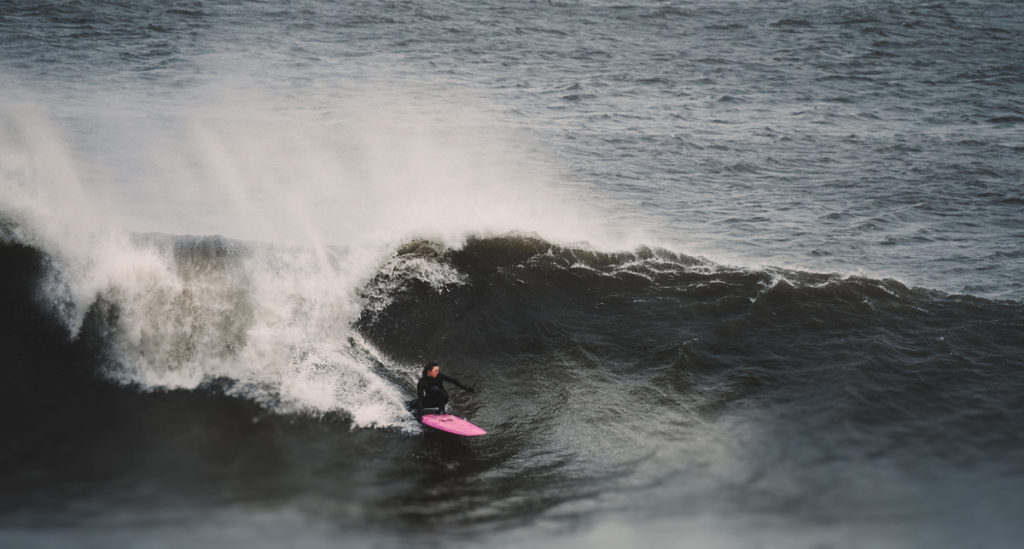 Grabbing rail off the bottom on a North Sea bomb. Photo Brian Morgan

Everyone deserves an equal opportunity to engage with the surf and surfing community. Where this is not the case, there is work to be done. There is definitely a place for feminism in some situations, but to suggest that our surf community is inherently sexist is both ill-informed and largely unfair to the majority. I don’t see a need to set ourselves as a separate entity in the surf community. I tend not to refer to the fact that I am a woman, because my gender has little effect on how I experience surfing.

Read more from Emily on her blog.