The second Independent Schools Surf Championships took place in Perranporth, Cornwall this weekend in perfect surfing conditions, with over 40 competitors battling it out amongst the 3-5 foot and clean waves. There was a combination of surf coaching sessions, where each pupil was iAM band assessed and given their band colour to mark their ability to provide a handicapping platform for the “Leveller” surf competition, combined with evening presentations and discussions with industry stalwarts and a board surf lifesaving relay.

“The event was a huge success” commented event organizer and Ticket to Ride founder Linley Lewis, “We wanted to build on the success of last year, creating more of a surf camp experience with a competitive edge that was fair and open to all, whilst creating a fun and competitive environment for young people to push their surfing ability. I think we’ve done just that.”

For the surf competition itself every surfer competed in two heats with their top two scores placing them in the open leaderboard, these scores were then levelled with iAM band handicapping to give the placements for the Leveller as a separate competition. On the final afternoon session there was also a foam board surf lifesaving relay team event, which gave participants the opportunity to test their water skills under pressure within a team. 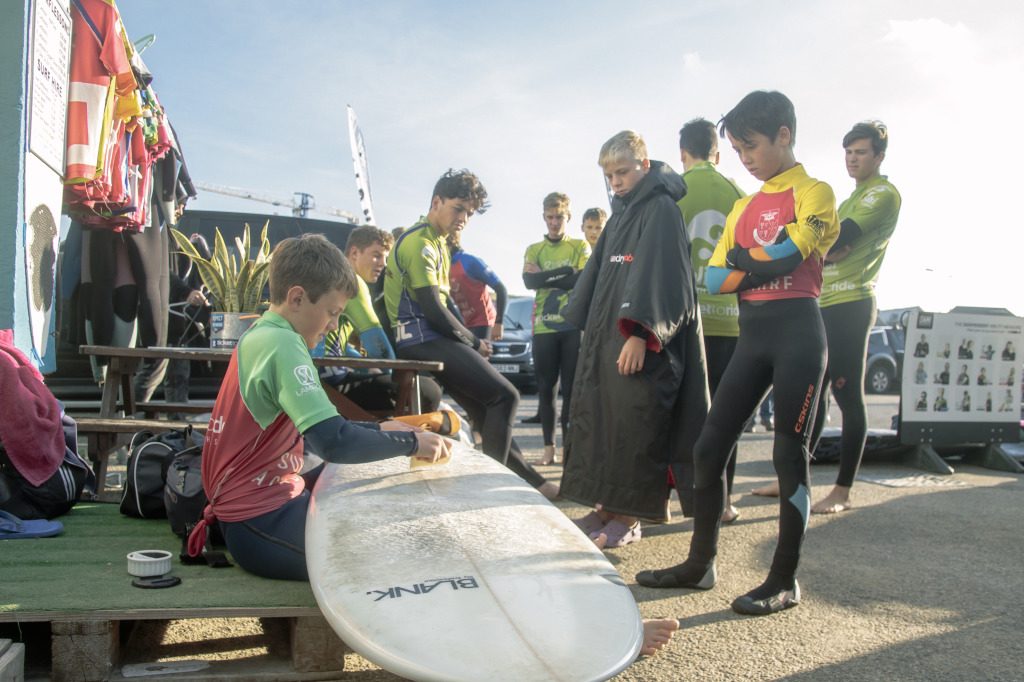 All catering was provided by Seiners Hotel, and during the three evenings the participants were treated to presentations from multiple Surf Champ, long time shaper and general Brit surf industry Legend Nigel Semmens, as well as Sam Lamiroy who gave a truly inspirational presentation on “Life as a Pro Surfer”. On the final night there was a prize giving ceremony and closing supper.

An extra special shout out goes to Caroline Utterman of North London Collegiate School (NLCS), who took the lead in the girls open division and Heather Morrison also of NLCS who came first in the girls Leveller division. Chris Hall photographed the event, and all pictures can be seen here.

The ISSC is run as an independent event, not an event run exclusively for independent schools. The 2017 event dates have been confirmed as 20th – 23rd October 2017. For more information visit www.schoolsurfchampionships.com.