Home » 5 Private Islands With Pumping Waves You Can Buy Today!

5 Private Islands With Pumping Waves You Can Buy Today!

Ever wondered how much it would cost to own your own private wave rich paradise? Find out here:

Do you love surfing, but hate crowds? Have you ever dreamt of owning your own private island with pumping surf?

Of course you have! These are stupid questions, like ‘Do you like pizza?’ or ‘Do you enjoy having fun?’

A more pertinent one would be: ‘Are you willing to spend the first 30 years of your adult life working 80 hours a week, probably at something really really boring, to be in with even the tiniest of chances of one day throwing your ageing body over the ledge at your own private wave?’ The answer to that one is probably no. Which is a shame, as short of winning the Euromillions or inheriting the estate of a despicably wealthy family member, becoming one of capitalism’s whipping boys is the only chance you’ve got.

Still, it’s good to dream, so this morning we decided to throw reality to the wind and have a browse of what’s currently available in the private island market, in order to single out a few gems that (probably) have pumping waves.

Quick disclaimer: these islands may not actually have pumping waves. There could be some unforeseeable issues with offshore bathymetry, or nearshore typography. Please don’t purchase one of these and then contact us in a fit of fury when it transpires that all the setups are closeouts. It’s unlikely we’d be able to reimburse you the coin you’d dropped on the purchase.

With the important legal out the way, let’s dive in, shall we?

Located just 24km north of Tavarua, the beautiful island of Yadua sports a lush green interior and a promising looking off-shore reef set up, exposed to much the same swells as Cloud Break. See that peeling left wrapping around the reef in the picture above? That’s in every single aerial snap we could find of lovely Yadua. The live coral reefs that surround the island on all sides are also a protected marine reserve, making for sublime flat day diving and snorkelling. There’s also a beautiful white sandy beach on the southern tip, which serves as a breeding ground for turtles. In the centre sits the 60m high remains of a volcanic crater- an ideal perch to break out the binos each morning and see what’s breaking on your own personal reef pass. 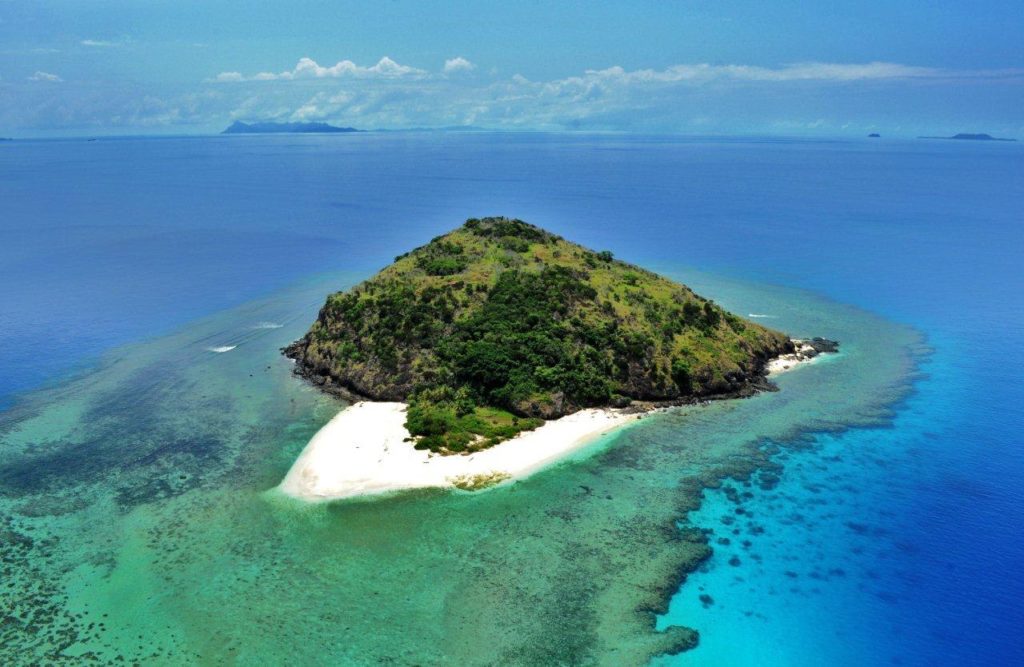 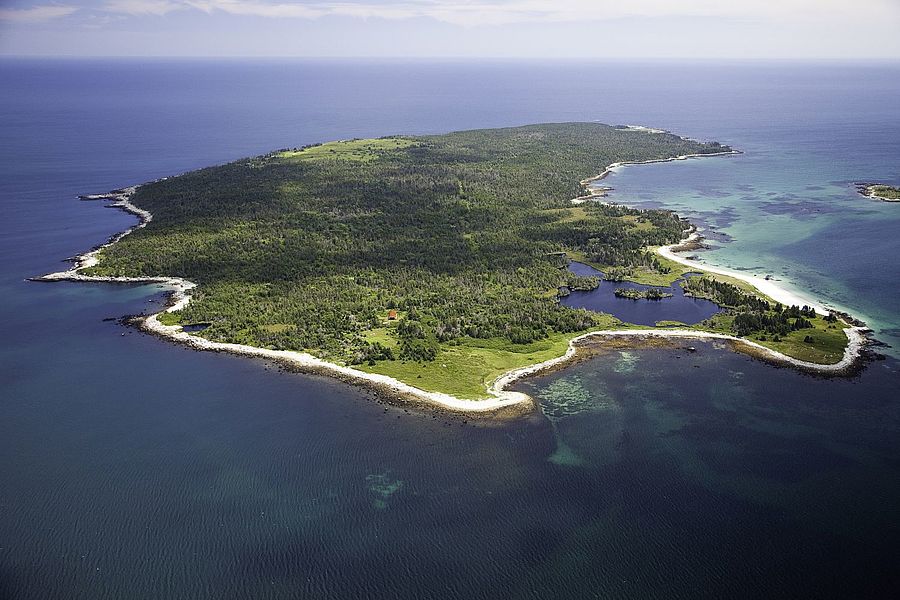 Sitting just off the coast of Nova Scotia, Mouton Island is perfect for fans of long cold empty reeling cobblestone points; its 4km of cranny filled, swell facing coastline is full of ‘em (probably). Unfortunately, the silly sods at Google Earth snapped the satellite pics on a flat day, so it’s hard to identify where exactly the best waves are, however, the mainland Canadian coast to the north of the island is littered with good spots, suggesting swell exposure and geography are ample. It’s also not as cold as you might expect, with temps reaching a balmy 30 °C in the summer. The interior of the island is covered by dense woodland, with two freshwater lakes in the far north and far south, perfect for sipping from after a long day of leg burners. 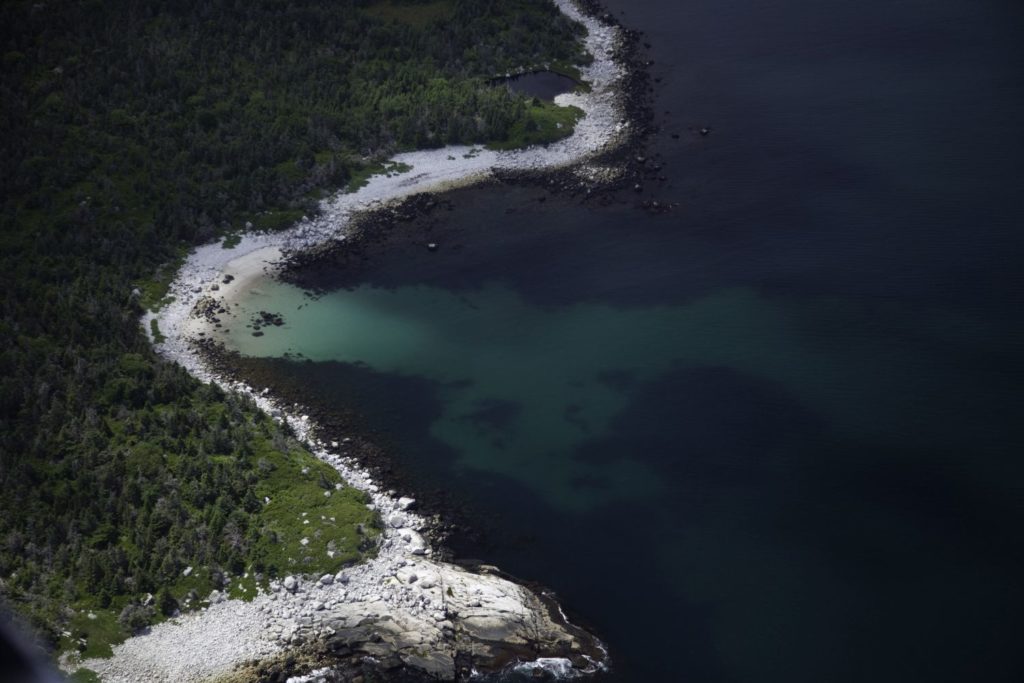 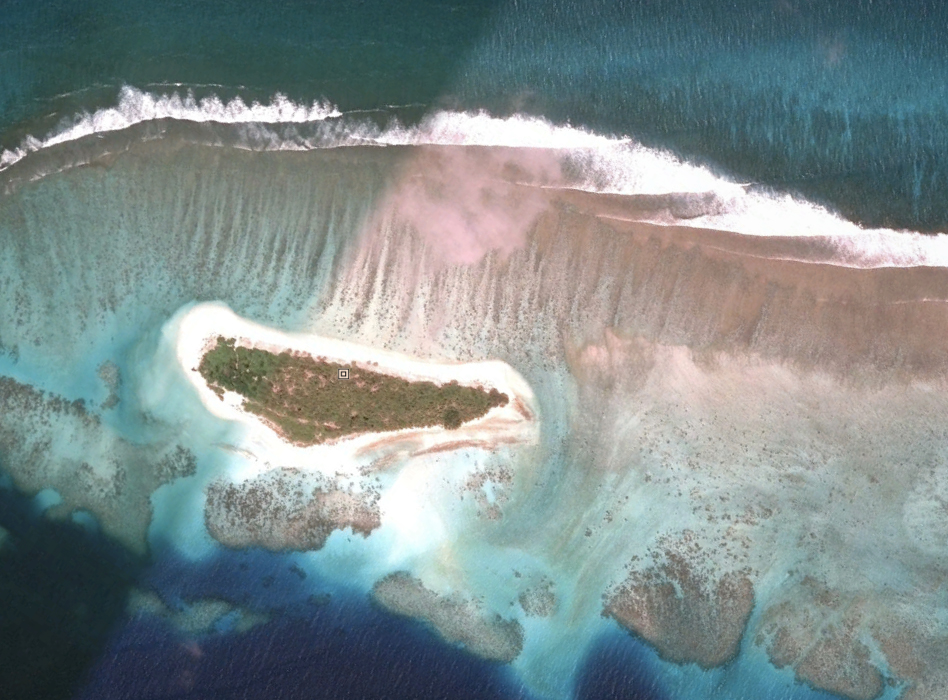 Located slap bang in the middle of the Maldives sits the tropical paradise of Huruelhi Island. Although it’s on the other side of the archipelago to all the top quality breaks and is exposed to considerably less swell as a result, the angle of the reef looks like it could turn even small south swells into long reeling lefts. And if it’s flat? Not to worry, it’s only 25 minutes by seaplane to Pasta Point. Although it seems like a bit of a steal at £2.7 mill, (that’ll just about get you a detached 4 bed in an expensive part of London) the island does need some serious work to make it liveable, unless of course it was snapped up by a modest, uber-eco surfer millionaire, who’d be content living out of a tree house with a compost toilet. 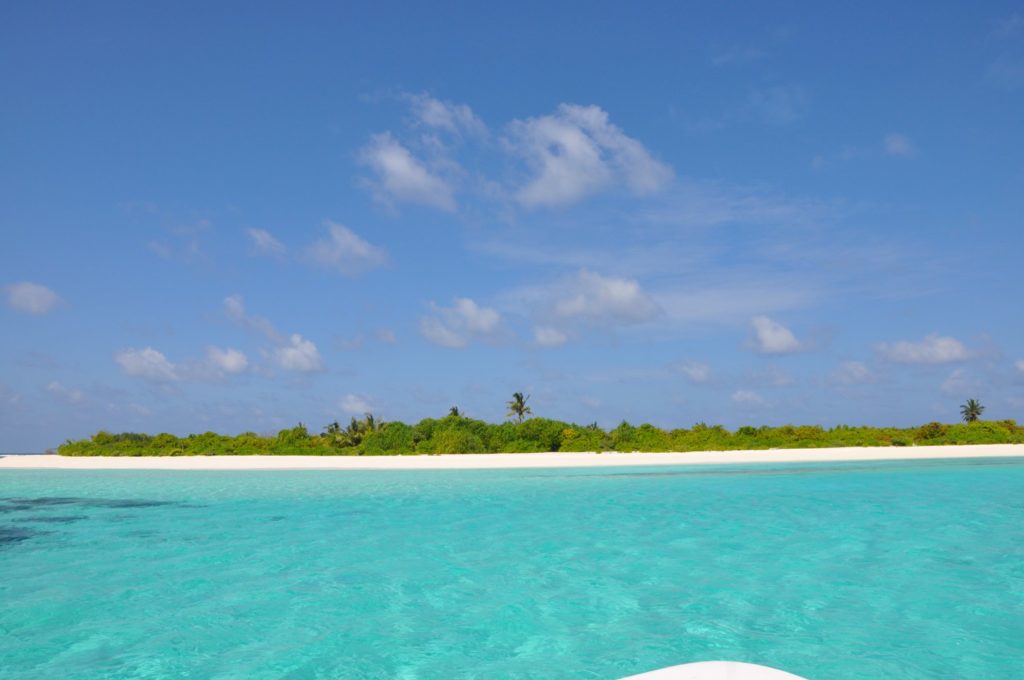 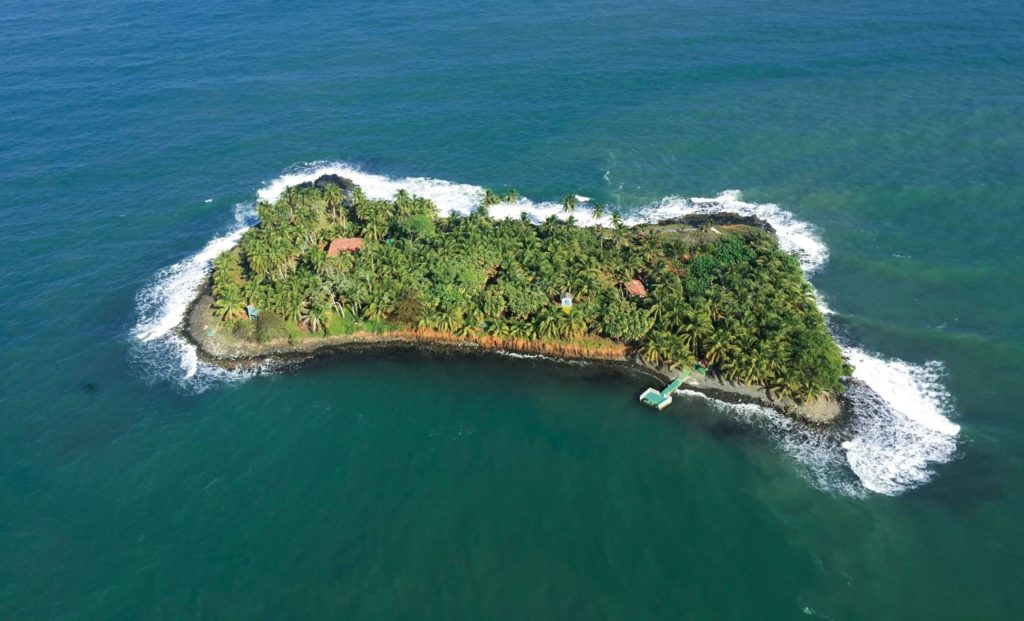 Located just off the coast of Bluefields, Nicaragua this tiny secluded island is by far the most affordable on our list. Although the northern half of the wind affected Carribean Sea where this island sits isn’t particularly well renowned for its quality, consistent swells, there are numerous reports of fun waves along the mainland coastline directly adjacent to it. The area is also renowned for its kitesurfing and we reckon, were you so minded, you could probably foil on choppy offshore swells all the way from your private dock to the mainland. If you’re not a disciple of Lenny or Laird, however, you could just spend wave-less days casting off for snapper, mackerel and barracuda.

In terms of the tiny island’s own personal surf potential, there’s either two excellent wrapping point breaks at its north and southern tips, or just a load of unsurfable whitewash breaking on a cluster of boulders. There’s really no way of knowing, but with its measly price tag, it seems well worth a punt. 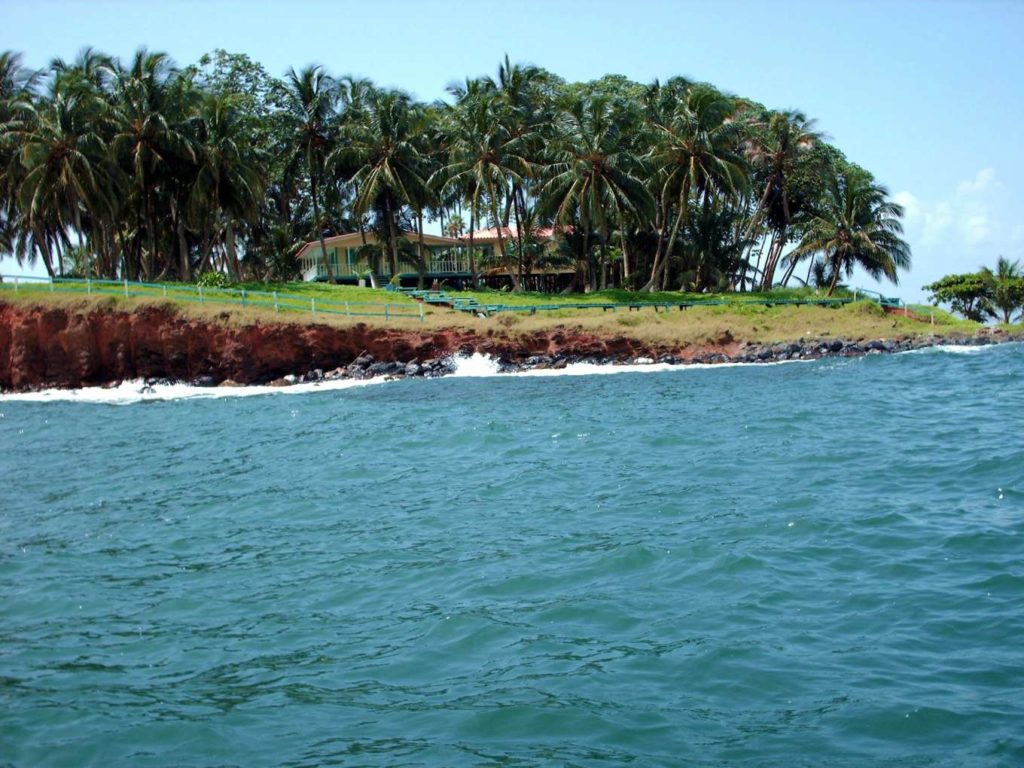 Sitting just off the north-west coast of Madagascar, Nosy Valiha combines modern amenities with secluded island living as well as any other this list. Used as a private family getaway for the past 20 years, this island’s already got everything you’d need to move in immediately, including a phone mast and an airstrip. It is fairly protected from the Indian Ocean’s more dominant swells, facing into the Mozambique channel,  however, the Comores islands share similar swell exposure and reportedly enjoy fairly consistent fun sized waves.

What Nosy V lacks in swell exposure it makes up for in juicy looking setups. During a five minute scan on google earth, we spotted the intriguing a-frame breaking over sand covered reef pictured below (it’s also offshore on the prevailing trades), a tasty looking river mouth and a King Island style sand triangle. If your dreams involve studying charts and goose chasing around your island in search of setups, rather than having waves handed to you on a plate, then we’d say Nosy V is the perfect choice for you. 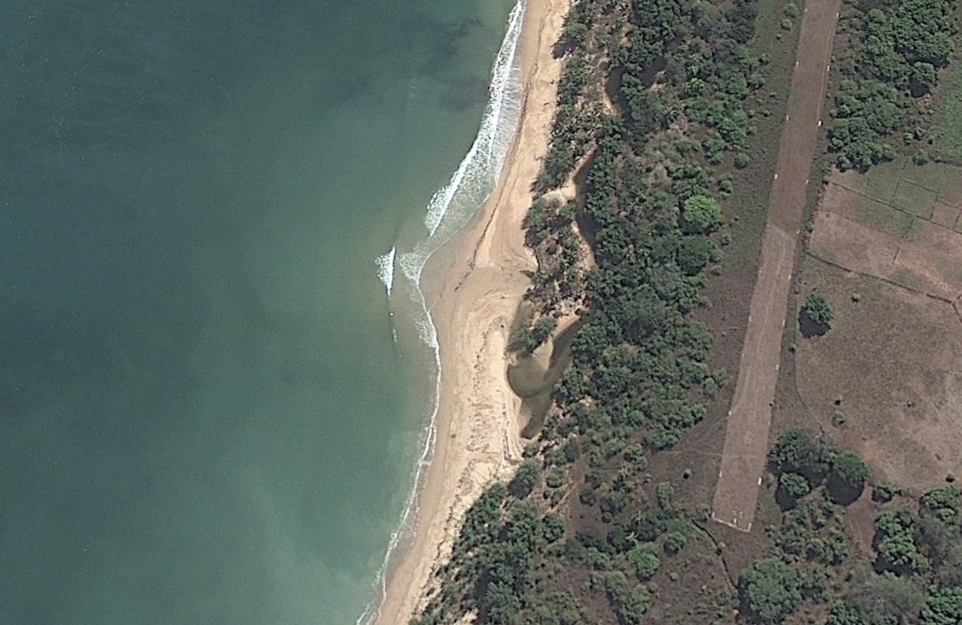