Natural Navigator Tristan Gooley specialises in reading the signs and clues concealed in nature to plot a course through land, sea and sky.

As well as writing numerous best-selling books, Tristan is the only person to have both sailed and flown across the Atlantic solo.  He’s led expeditions in five continents, climbed mountains across the globe and studied with indigenous people’s in some of the harshest environments on earth.

In Vol. 259 of Wavelength we featured an excerpt from his latest book ‘How To Read Water’ detailing how, in the days long before GPS and nautical charts, Pacific Islanders developed ways of reading intricate ocean patterns in order to navigate between distant islands and archipelagos. Of course, it was similar skills that first allowed Polynesian sailors to spread the art of wave riding throughout the Pacific, planting the seeds for what would evolve into the surf culture we know today.

A few weeks back, Paul Evans caught up with Tristan on the Wavelength Podcast to learn about some of the more modern applications for these and many other techniques. The pair discussed a variety of subjects, taking a deep dive into the character and personality of water and weather fronts and discussing why devotees of the natural world often feel they can predict phenomena before they occur.

Recently, we hit up Tristan again hoping he could lift the lid on a few more surf-themed quandaries… 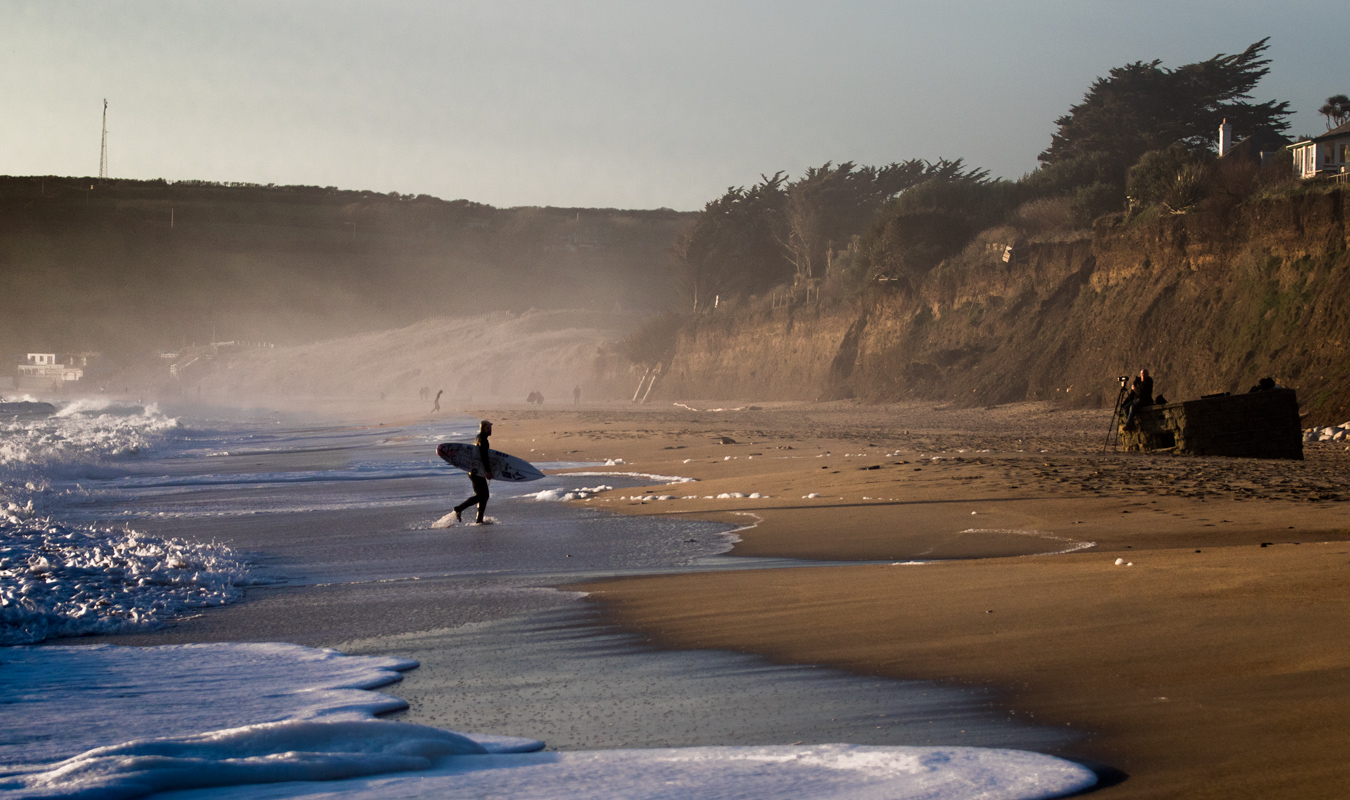 WL: On various surfing beaches around Britain, there have been huge amounts of dune erosion over the last few years. When you see a dune that has clearly receded, is there any way of telling where that sand has ended up? Is it likely to build up out to sea or pack up against a nearby headland? And what factors affect this?

TG: There are trends in each area that locals sometimes know, but that are hard to gauge on a first visit. There is a sand and shingle spit near my home in West Sussex that rotates clockwise, but it does it very slowly. It’s easy to spot when comparing recent and very old photos, but you’d never guess on first looking.

(Ed. According to an article in Geography Review entitled ‘Where has our beach gone?’ In West Cornwall, sand eroded from dunes by storm swells, such as the series in 2014, is dragged out to sea by rips and undertows and deposited offshore in large banks.)

WL: Conventional surfing wisdom has it that what you need to build sandbanks conducive to good shaped, peeling waves is a few weeks of small waves and light winds. Is that right and if so, why? And, conversely what conditions are likely to destroy good sank banks?

TG: This makes sense. There is a symbiosis with steepness of waves and steepness of seabeds. Strong winds will generate bigger waves which can create steeper seabed features, which then strengthens that cycle. The general pattern is for each sand beach to have a fairly steady summer pattern of banks. But there comes a stage each winter where the storms rip the plan up and draw a new one. This can happen several times each winter, but by late spring a new pattern will grow more stable again. 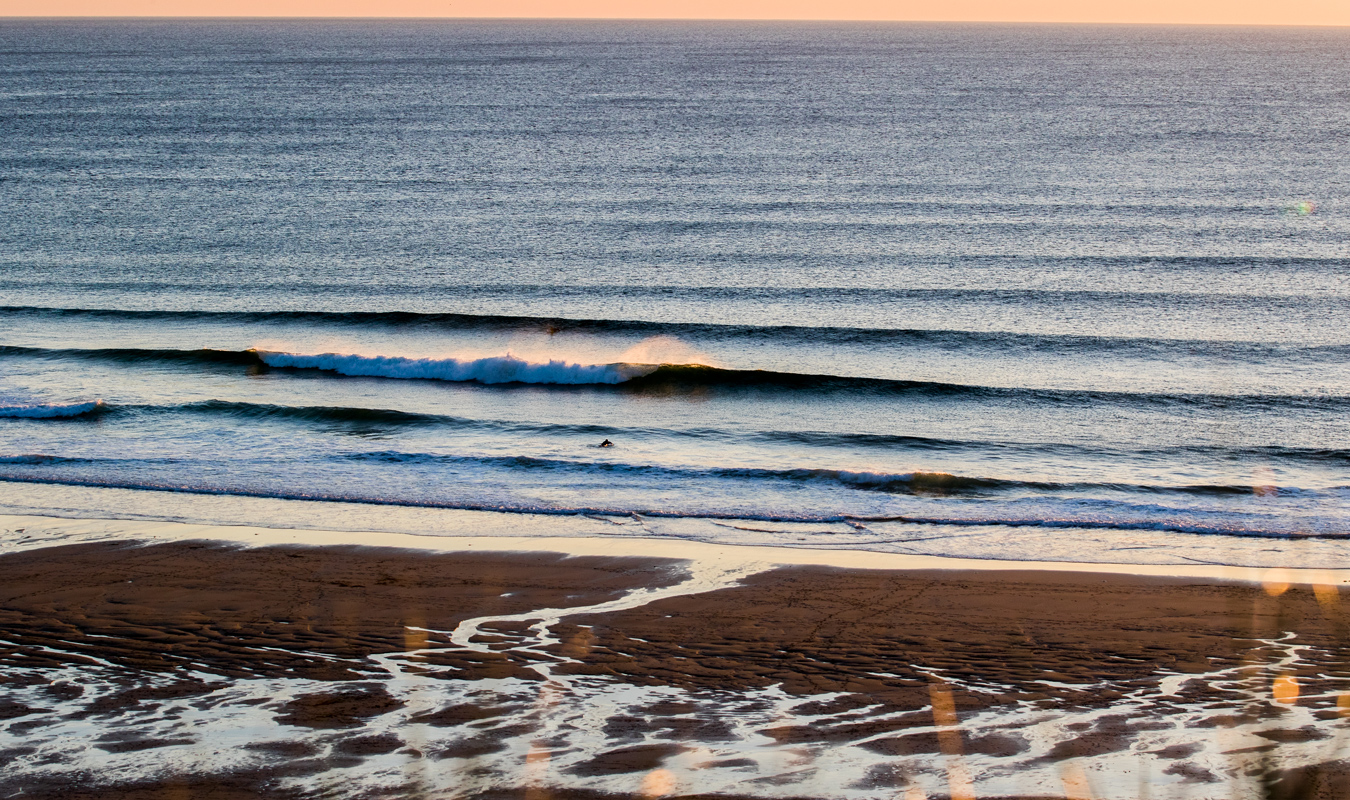 Patterns in the sand betray how the water will behave when the tide comes in. Photo Luke Gartside

WL: What patterns should we look for in the sand at low tide to identify rips or banks that might be there at high tide?

TG: There are two main types of rip: permanent and temporary. The permanent ones are created by longterm features like a gap in a reef; they tend to be very well known by locals. The temporary type are sometimes weaker but more dangerous because they catch people by surprise. The physics is simple: if there is a gap in a sandbank, water will channel quickly through it, creating a rip. At low tide, check for any big dips or breaks in the bars that you can see.

WL: Is there anything else pertaining to the study of sand, its patterns and movements that might be interesting to us as surfers?

TG: There is a whole language in sand patterns that I love. Every time water passes over sand it leaves its mark. You can track water and write its story, in the same way you can track animals. But in honesty, a lot of it is more fun than practical to read. In practical terms for surfing, knowing the sand topography is most important. How many bars, their spacing and shape, the nature of the troughs, the gradient of the berm, all of these things dictate waves at the coast. 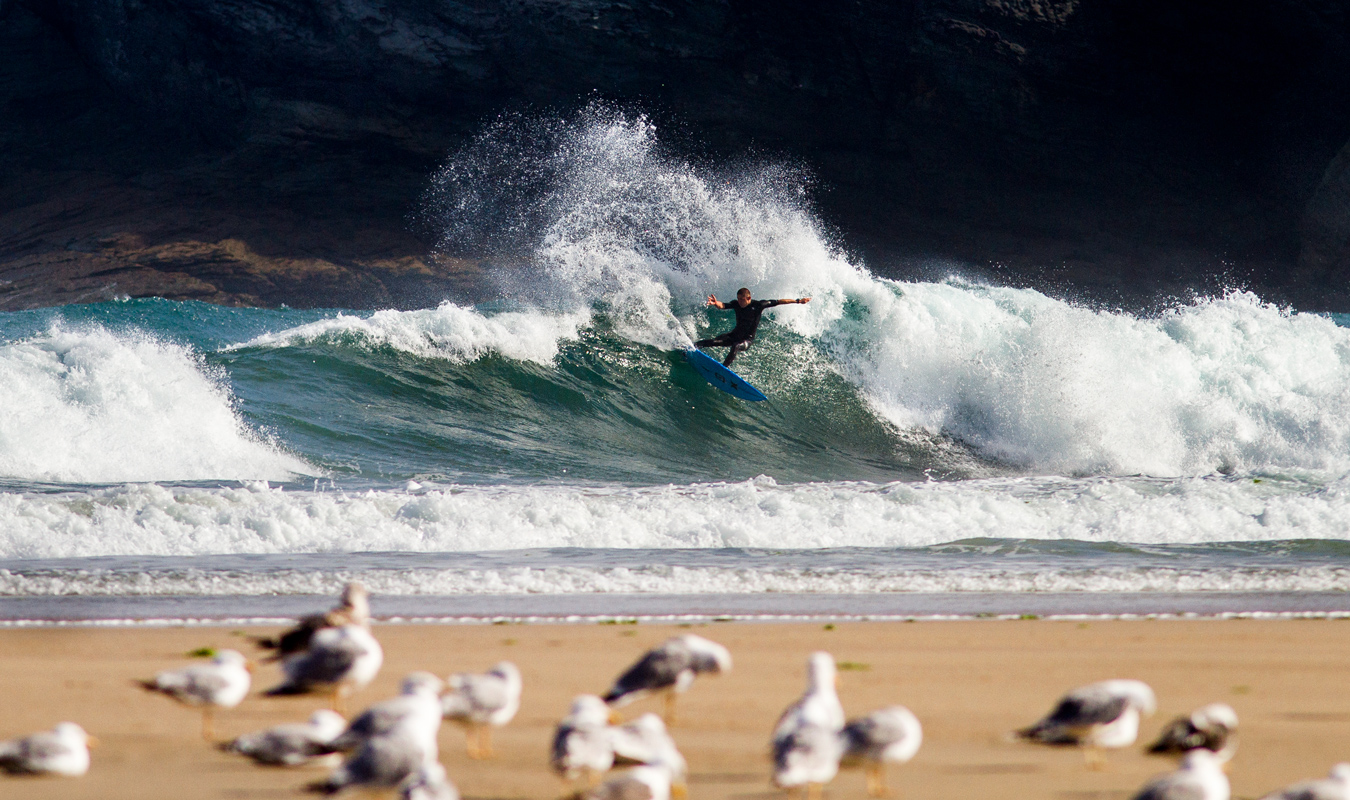 WL: The other day, with a storm swell due, I saw lots of birds gathered on a golf course just behind the beach. Is the old adage that sea-birds tend to come ashore when there’s a storm at sea true?

TG: There’s a general rule that works with all animals – birds, mammals, insects – they range further from ‘home’ in good, settled weather and head back before storms. So, if you know where a bird species typically nests and you find them nearer home than normal it is a sign that the weather is likely to get worse. But, it’s probably only worth taking note of alongside cloud and wind trends.

WL: As surfers, we spend a lot of time studying images of waves breaking, usually in the lee of headlands, and trying to work out where the image was taken. What clues do you suggest we look for that might tip us off to the broad location?

TG: Most people think about the shape and nature of the coastline, ie. the dry land, but something I like to do is match wave patterns to hidden seabed features and then track these down on nautical charts. You can get a flavour of this in this blog post.

Tristan’s latest book How To Read water is out now. Get a copy here.

Listen: How To Read Water with the Natural Navigator, Tristan Gooley

The Natural Navigator Tristan Gooley joins the podcast to talk about reading nature's clues and signs. Sunday Times best-selling author and the only person to have both sailed and flown across [...]

[This is an introduction to Wavelength Volume 259, landing exclusively with subscribers on 30th October. Subscribe now to get your copy, plus a free bag of Allpress Espresso coffee to [...]

5 British Mysto Waves To Look Out For This Winter

So that’s it for summer then? This time last week, the view outside the window was one of autumnal perfection. Head high waves, light winds, sunny skies. The sort of conditions almost every [...]