Home » Are This Year’s Second-Time CT Qualifiers Doomed To Fail?

Are This Year’s Second-Time CT Qualifiers Doomed To Fail? 2019 will see half the rookie contingent made up of surfers who’ve been on tour before, but have they got a chance the second time around?

Twenty-eighteen is done and dusted. We’ve got a new world champ, a smattering of retirees, some unfortunate tour dropouts and a new crop of rookies warming up for the start of the 2019 season.

Alongside the perennially present fresh-faced Brazilians, this year’s list of qualifiers possesses a unique attribute. For the first time in WSL history, 50% of those making the cut have been on tour before. They are; Leo Fioravanti, Ryan Callinan, Ricardo Christie, Jadson Andre and Jack Freestone.

To some, this will read as a testament to the talent and tenacity of these surfers. Three of them are rejoining after just one year back on the grind- a notoriously rare and difficult feat. Perhaps, the big league is their natural habitat and their rookie year falter was just a blip, due to some anomaly like nerves or bad boards. 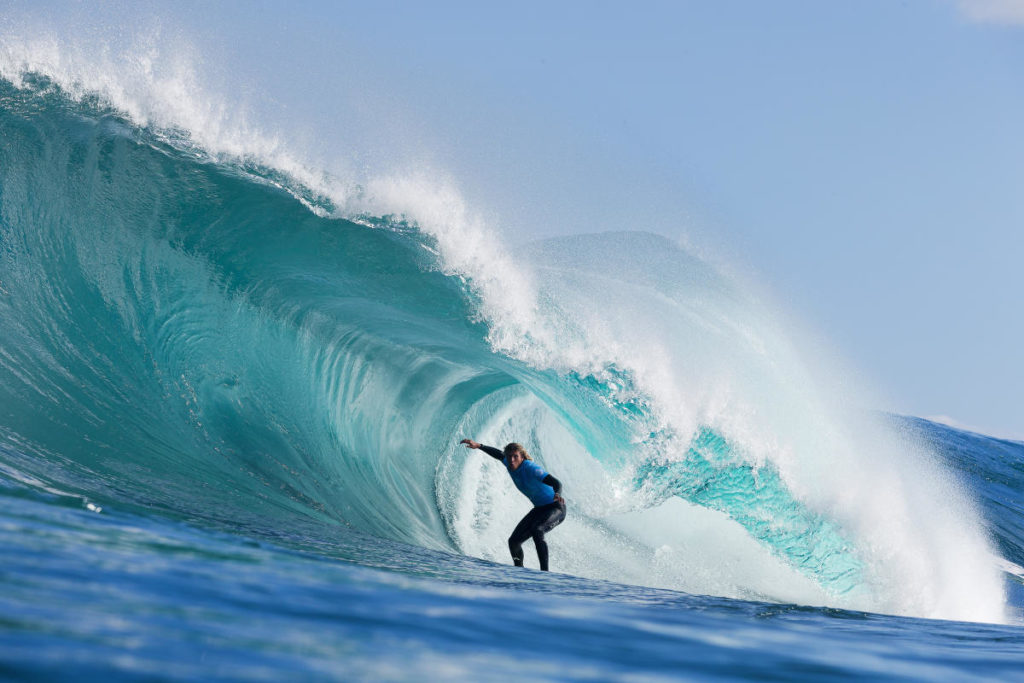 Ricardo Christie charging at the box during his rookie year in 2015. Photo WSL

Or maybe the revolving door of relegation and requalification attests to a widening chasm between the QS and the CT. According to this school of thought, it’s mad to expect the ability to dominate in 15 of the world’s most average waves to translate to success at the likes of J-Bay, Chopes and Pipeline. This gap between the leagues condemns the surfers whose skill set falls within it to a life of QS success followed by CT failure, until they lose the will to pull on a soggy singlet altogether. 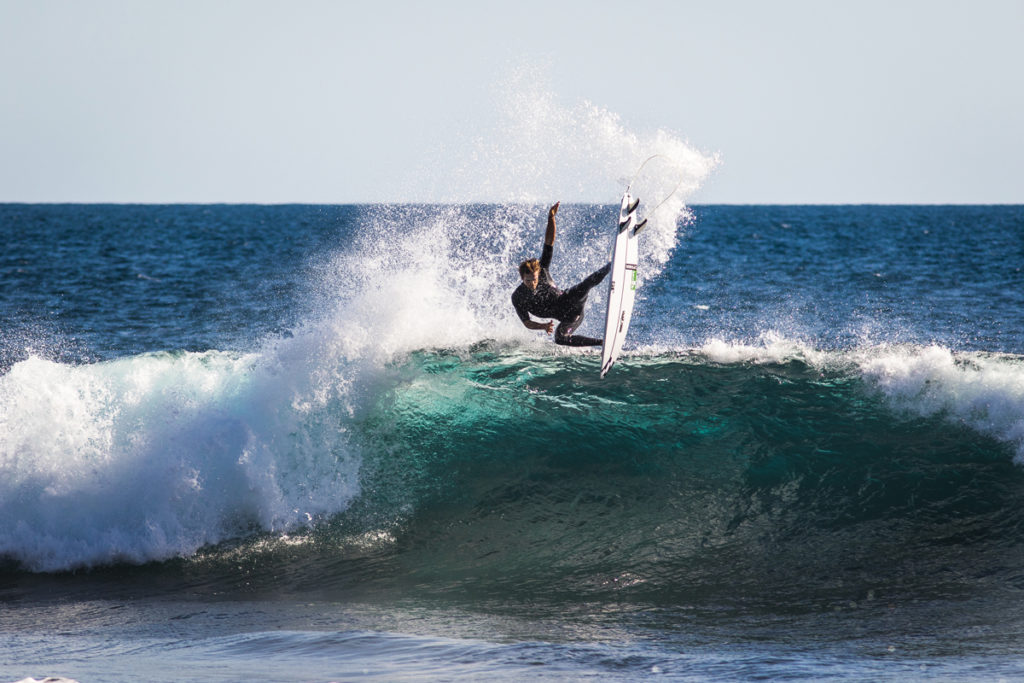 Unfortunately, a look at the success rate of surfers who have achieved the fall off, re-qualify cycle in recent years seems to support this more negative reading. In fact, almost all of them were re-relegated by the end of their first season. Aritz Aranburu, Keanu Asing, Pat Gudauskas… the list goes on and on. There is, however, a few very notable exceptions from recent history who could give this year’s returning surfers hope, including Andy Irons and Josh Kerr.

Kerrzy fell off tour briefly in 2010 before making a triumphant return in 2011 to take his place in the top ten, where he remained for the following four years and AI, of course, went on to become one of the most revered competitive surfers of all time.

Perhaps the 2019 contingent will be a whole crew of Josh Kerrs and AIs. 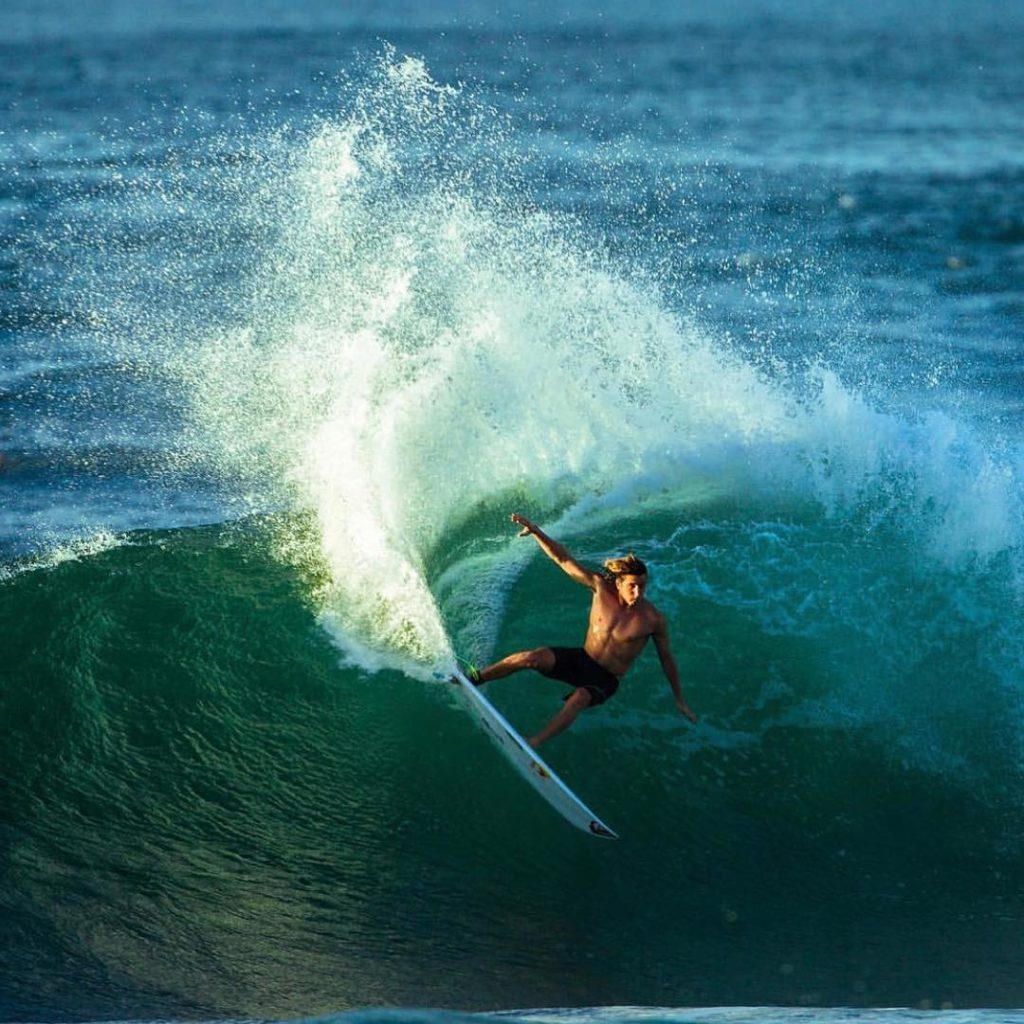 Leo Fioravanti certainly looks like he’s got the backing, the ability in powerful waves and the competitive zeal to make it. But he had all that in 2017 too, making his distinct lack of results a surprise to almost everyone. Callinan looks like a top 5 surfer in his free surfs and has been on a crazy competitive hot streak recently, winning a high ranking QS, wildcarding his way to the final of the Quik Pro and taking out the Pipe trials event.

The 24-year-old suffered the tragic loss of his father right before the start of his maiden CT campaign in 2016, and then last year his mother died suddenly too. Such a horrible set of events would leave most of us in a ball in our bedrooms, but Callinan came out fighting. Now, he’s looking stronger than ever and with a huge amount of support from fans and fellow CTers alike, we’re sure he’s going to be a force to be reckoned with this year. 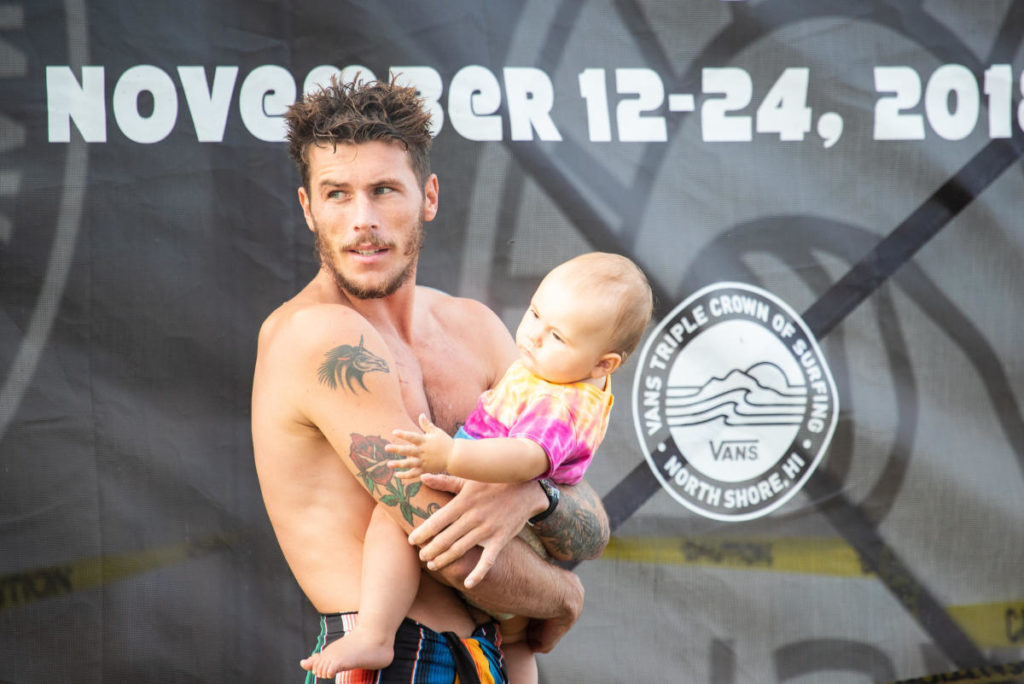 Will fatherhood be Freestone’s secret weapon when he returns this year? Photo WSL / Heff

The success of Freestone, Andre and Christie presents more of a question mark. Each fell off tour ranked down in the low 30’s, with over 50% of their counting results coming from first-round exits. However, maybe something’s shifted in the intervening years. Freestone and Christe have both recently procreated, which, somewhat surprisingly, has seemed to lend itself rather well to competitive success in some recent cases. Think Filipe and Julian, who both just lodged their best career results with small babies (and dedicated wives) in tow. Andre has been on tour forever, however, his goto airs no longer garner as many points as they once did. To do well on the CT he will need to evolve.

Our prediction, were we inclined to make one, would be that Fioravanti, Callinan and Freestone will survive and Christie and Andre will falter (although Andre already looks set to re-qualify via the QS).

However, it takes a shit tonne of tenacity to qualify, fall, pick yourself back up, re-commit to the grind and make it once again, so one thing is clear; none of these guys will be going down without a fight.