Home » Meet Steve; The Severn Bore Surfer Who Lives Off-Grid On The River

Meet Steve; The Severn Bore Surfer Who Lives Off-Grid On The River

How to live in Gloucestershire and surf straight out of your front door...

The Severn Bore and the eccentric crew who dedicate their lives to chasing it undoubtedly make up one of the most interesting pockets of British surf culture.

It’s a subculture truly emblematic of the best aspects of Blighty’s surf scene and about as far removed from the Californian beach boy idyll as it’s possible to get. It’s muddy and brown and not the least bit glamorous or high performance. Just middle-agers in 5mm’s with battered mini-mals getting out there among nature, purely for the fun and camaraderie of it all.

A few years ago, while working on a story about the ‘muddy brothers’, I met one particularly interesting character named Steve, a passionate bore surfer, artist and part-time labourer who has made his life on a houseboat right there on the river. 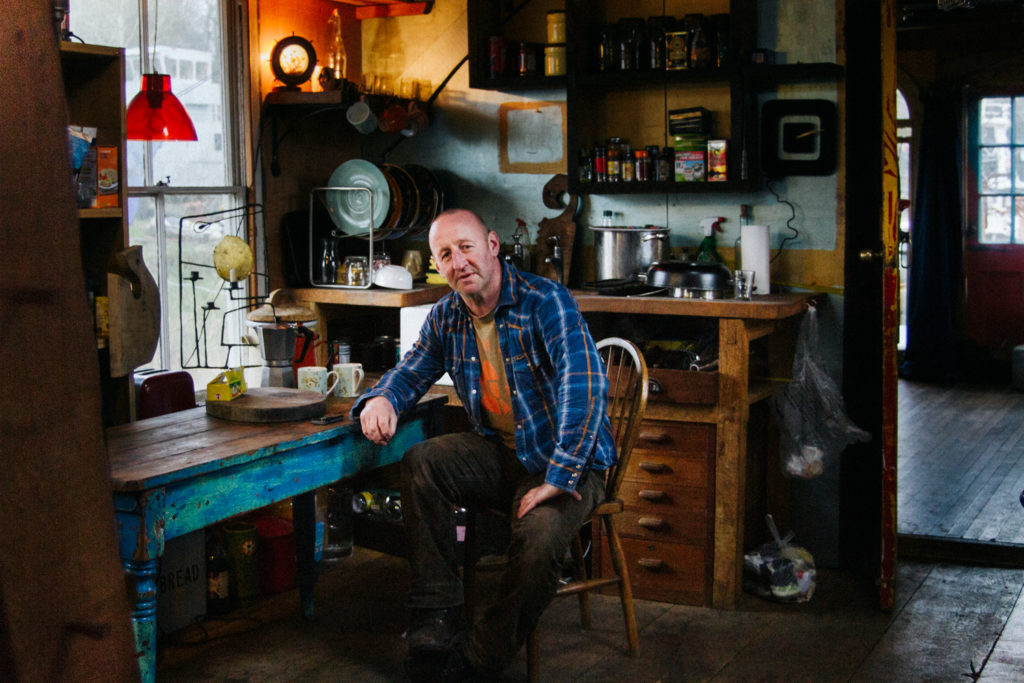 After separating with his wife 14 years ago, Steve was looking for a new place to live and recalls a friend telling him about a boat his Dad had for sale, moored in a small inlet just off the River Severn where he could keep it free of charge. After scraping together the money to buy the boat, which he remembers counting out in £10 notes onto the bonnet of his friend’s car, he set up his mooring and moved in. “Me and the postman just made up an address for it” he tells me “and then it became real.” 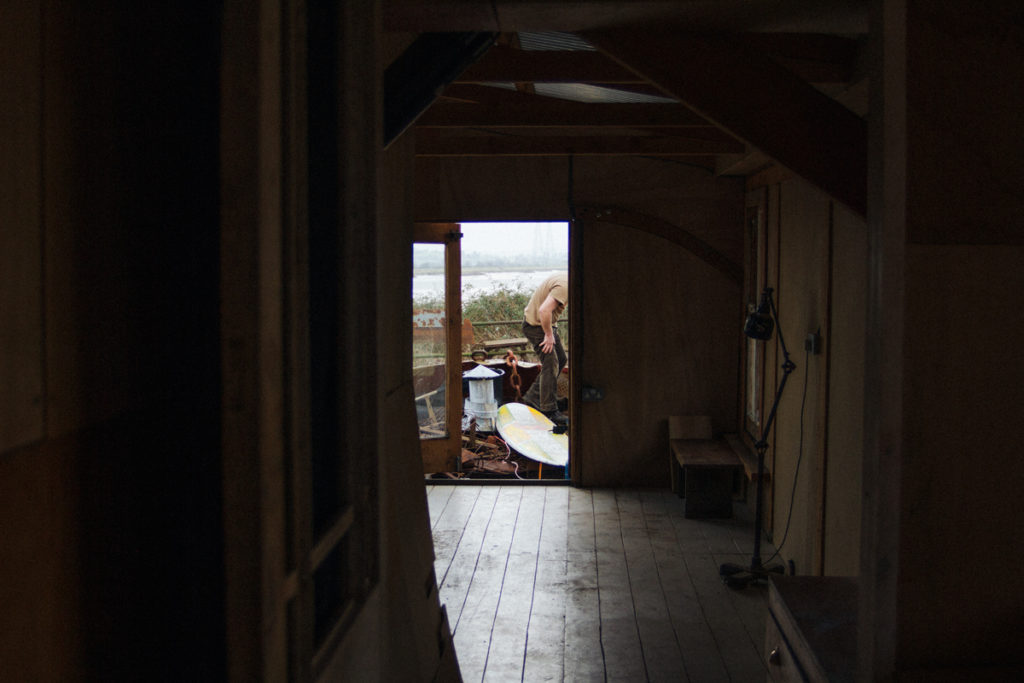 Initially he lived in a cabin in the hull of the boat, just considering it to be a temporary residence, however as time passed and his children began to grow up, Steve felt incentivised to turn it into a more permanent living space. He began to build onto the hull using salvaged and recycled materials, beginning with a single timber framework and adding more sections as and when he had the time and the resources. The boat, which Steve says is still not finished, now comprises three sections, with a large workshop for his wood carvings in the back, a kitchen, and a living room. 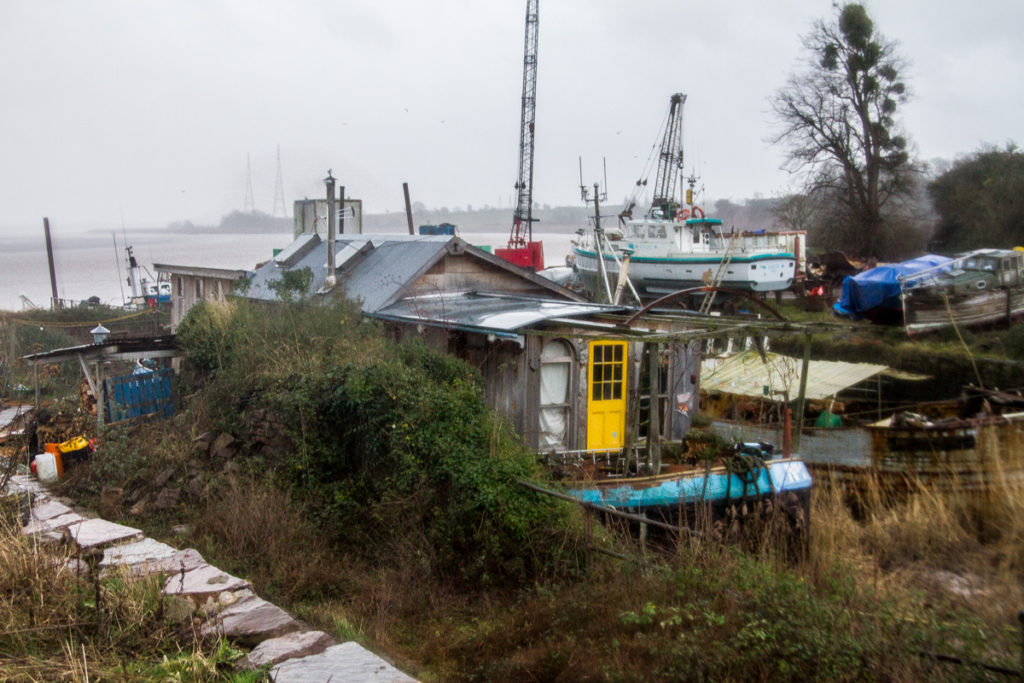 Steve told me his lifestyle choice is not a political statement, but simply born of practicality and the desire to construct his own living space as cheaply as possible. However, his home certainly has credentials many ardent environmentalists would approve of, with all the furnishings built using salvaged materials and wood he gathered from the forest, including all the windows and doors, which were either found or given to him.

He also uses a wood-burning stove to heat his living space and a compost toilet, citing the lack of plumbing and the fact he doesn’t want to risk polluting the river. Although he hasn’t had to remove the resulting compost in the two years he’s had the toilet, he says he’s got no problem with using it on the vegetables he grows in his garden. “Most of the world uses its human waste to grow food, in the western world there’s a whole belief system that that’s a terrible idea, so we flush it away and it ends up in the sea” he said. “It’s ridiculous really, that we’ve got so much clean water, we shit into it.” 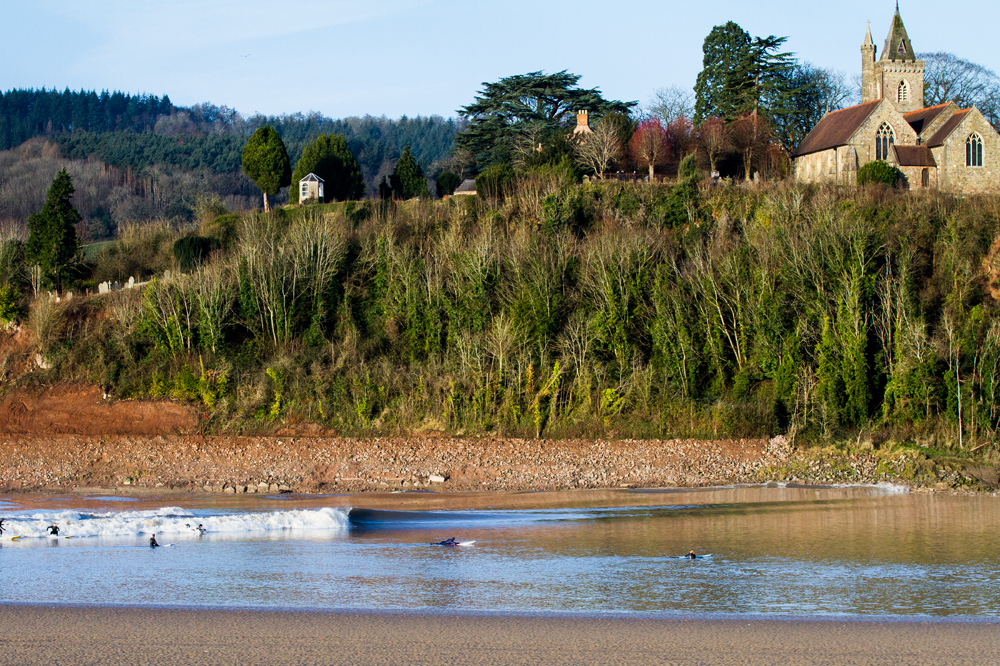 He also lives about as close to the surf as is possible in Gloucestershire. He can paddle out into the river straight from his front door as the Bore approaches, with the wave lapping at the bow of his house each time it passes.

Steve was the first person to moor up in his little area of the river, but has since been joined by many others, some of whom are full-time residents and some who use their boats as holiday homes. 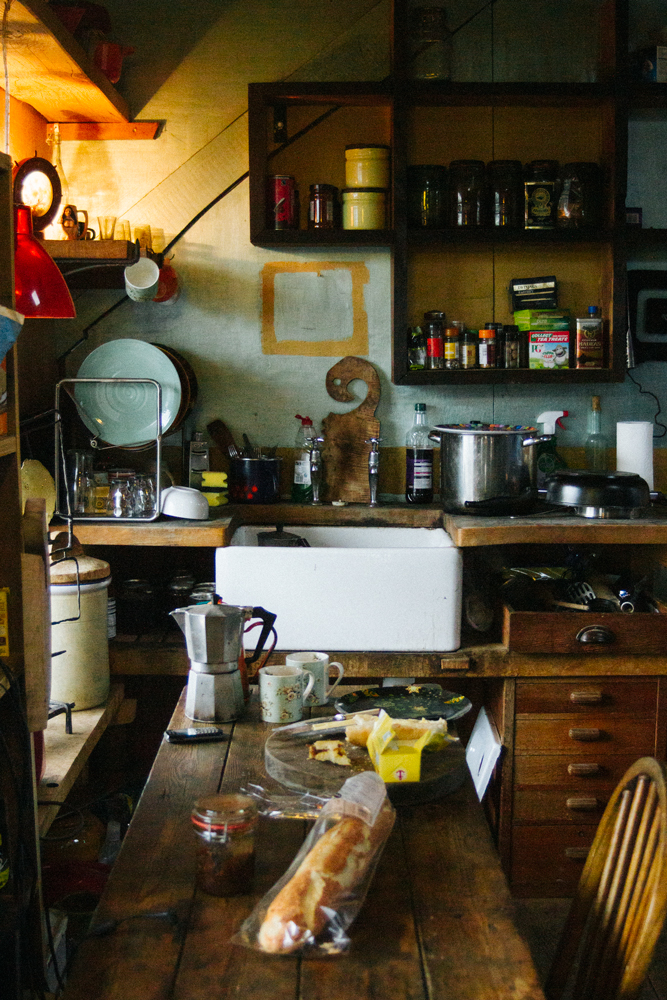 Ownership of the area has changed hands many times during the years that he’s lived there and he says that only a few of the owners have bothered coming round to collect rent. Whilst Steve doesn’t have much money, he feels he’s been set free by the serendipitous realisation that there are alternative ways of living that allow you to construct and own your own home, without planning permission, a mortgage, or any of the stress that goes with them. “If you’re determined enough, you can decide how you want to live without having much money and it doesn’t have to be renting a shit place,” he said. “Doing it this way has been a bloody good laugh.”

More stories like this:
The Muddy Brothers
Meet A Couple Living Off The Grid In Cornwall
The Story Of A Man Living Off Grid In The New Zealand Wilderness