Sophie Hellyer has hit back after the mainstream press drastically misrepresented her opinions on surfing and sexism in a series of articles.

Last year Sophie Hellyer penned a piece for us called ‘I Speak Because I Can‘ covering a number of topics pertaining to women’s representation in surfing. It was published in our Spring 2017 issue and was met with much reverence online.

Recently, as the mainstream press lit up with stories about the WSL’s memo to its cameramen, not to film close up on bikini clad butts, a journalist discovered the article and hit Sophie up for her opinion on the issue. However, the news group sent out a copy of the resulting article that Sophie had not approved and in it, she feels her words have been drastically misrepresented. One of many similar versions of the piece, titled ‘Sophie Hellyer lets rip on Bikini Sexism‘, published on The Times website, has prompted Sophie to hit back with an article of her own, containing an open letter to the press.

As well as quotes from Sophie, the Times article features some (very sensible) musings by Carve Ed-in-chief, Steve England as well as Carly Truss from Surfgirl and Cornish surf artist Nina Brooke. The overall slant of the piece is not particularly controversial in nature, serving mostly as an attempt to sum up the key debates that surround sexualisation of female athletes, the pressures of the industry and the varying ways female surfers choose to represent themselves on social media. 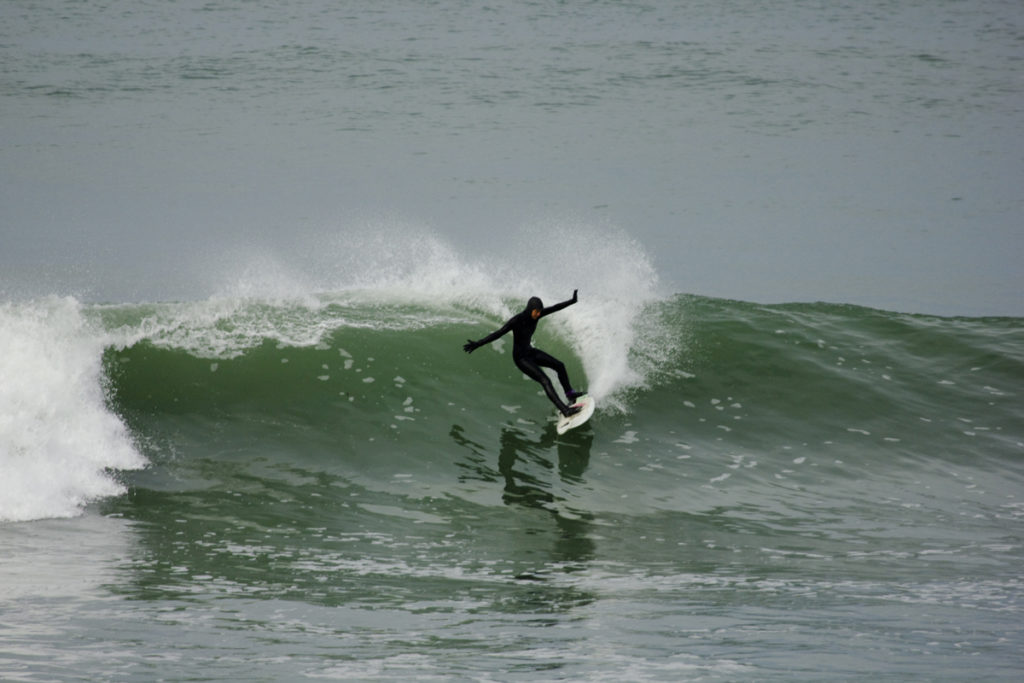 Nor is the article particularly derisory of Sophie, although it does contain one fairly obvious dig at the fact Hellyer herself has previously modelled for brands in a bikini, a point which she openly addresses in her initial piece. Instead, Sophie’s open letter rightly takes issue with the areas where she feels her words have been misrepresented. Which, as is typical with the mainstream press, seem to owe mostly to the banishment of nuance, a lean towards sensationalism and some lazy assumptions on the part of the journalists. Here are her points of contention in full:

Not true. I was discussing the over sexualisation of female surfers,  and the imbalance and objectification I have experienced. I think it’s important we overcome this unconscious bias and move away from this potentially damaging archetype of female surfers, as it is unhealthy for everyone.

2. “Sophie Hellyer, a former English champion, said that surfing was “hyper-sexualised” and complained about a fall in media coverage since she had ­decided to stop wearing a ­bikini”

Not true. The definition of a professional sports person is someone who makes their sole living from this. I have never made a living out of surfing, I have always had another job. Please remove this. Its a joke if the people reading your articles think I have made any good money from surfing. I earned some small amounts when I was younger by endorsing brands which given the opportunity now, I would probably not do on such a large scale, unless the brand clearly aligned with and represented my personal beliefs on ethical fair trade, sustainability and equality.

This is what my comment about being a glorified bikini model was about. I have been working hard to change my image and represent a space that is missing in the media and I feel this has tarnished what I have been doing. I do not make any money from surfing now, so no, I am not a professional or semi professional surfer. I’d like to point out that I’m also rarely a model, I turned down a big money job this week because the company sold real fur and I am not willing to promote this. I promote brands I respect like Finisterre and Otter Surfboards because I believe in them, there is NO money OR free products changing hands

4. “One of Britain’s top competitors”

Not true. I haven’t competed for 10 years. If i were to compete in the British ranks now, I would definitely lose, and am not embarrassed to admit it. Please save this credit for the women who are surfing competitively and earning their titles. I do not want to take it away from them.

5. “Sophie Hellyer, 30, from Westward Ho!, in Devon, says she has suffered a drop in media coverage since she decided to stop wearing a bikini.”

I questioned whether me getting less coverage now was related to the fact I surf in a wetsuit more often than a bikini, this was discussed to highlight the issue that you don’t often see women in full wetsuits in most mainstream media (that said, Surf Girl and many other female focused & independent media do include this), not to highlight myself. My point unfortunately proven by the photos you have included in your articles.

6. “She also accused some men in the surf world of being “incredibly disrespectful and unsupportive”

What I actually said was “The majority of male surfers are lovely people but there’s definitely the odd one here or there that are disrespectful and unsupportive.” Please do not twist my words and make me sound negative here, it is not the truth.

7. “It does not mean I wear black and have hairy armpits.”

As discussed – there is nothing wrong with wearing black or having hairy armpits, I often have both, it’s just not a compulsory part of believing in the social, political and economic equality of the sexes. Taken out of context.

8. “I personally don’t like surfing in bikinis; it’s impractical. They come down all the time, I get sunburn, wax rash, slip off from sun cream and always cut myself on the reef.”

I also live in Ireland, where it’s obviously too cold for a bikini anyway. My quote that I referred you to was “I really like my wetsuit. It keeps us all equal. It emphasises neutrality.” I still wear a bikini on holidays sometimes, but I often opt for leggings or a long sleeved rash guard to protect from the elements, and I also personally feel this is more respectful in Muslim countries like the Maldives. “

At the end of the letter Sophie asks that the changes be made or the piece be taken down. However, as of yet, neither option has been seized upon by The Times.