South Coast Surf Legend Proposes Plans To Build New Point Break In Bournemouth Guy Penwarden has put a proposal into the council detailing how a slight tweak of existing sea defences could create a Malibu style point-break a stones throw from Bournemouth! But will it work?

How often do you find yourself gazing out to sea watching clean, fun-sized lines marching in and fold over into a succession of perfectly straight closeouts as they meet the land- or worse still dissipate altogether, thanks to some pesky man-made structure?

On days like this, we all dream of making the changes required to create a perfect set up; one less groyne here, or a few tonnes of concrete there, and for most these mental meanderings are confined to the realm of pipe dreams. However, recently surfing legend and six times south coast champ Guy Penwarden set about trying to make one such set of plans a reality.

He put together a proposal seeking to convince the council to recalibrate a set of sea defences at Hengisbury Head in Dorset to create a sand-bottomed point break while protecting the neighbouring beaches from erosion. The headland’s location at the western end of Poole Bay means it is the most swell exposed section of the region’s 16km stretch of sandy coastline- offering the best chances for a semi-consistent break. 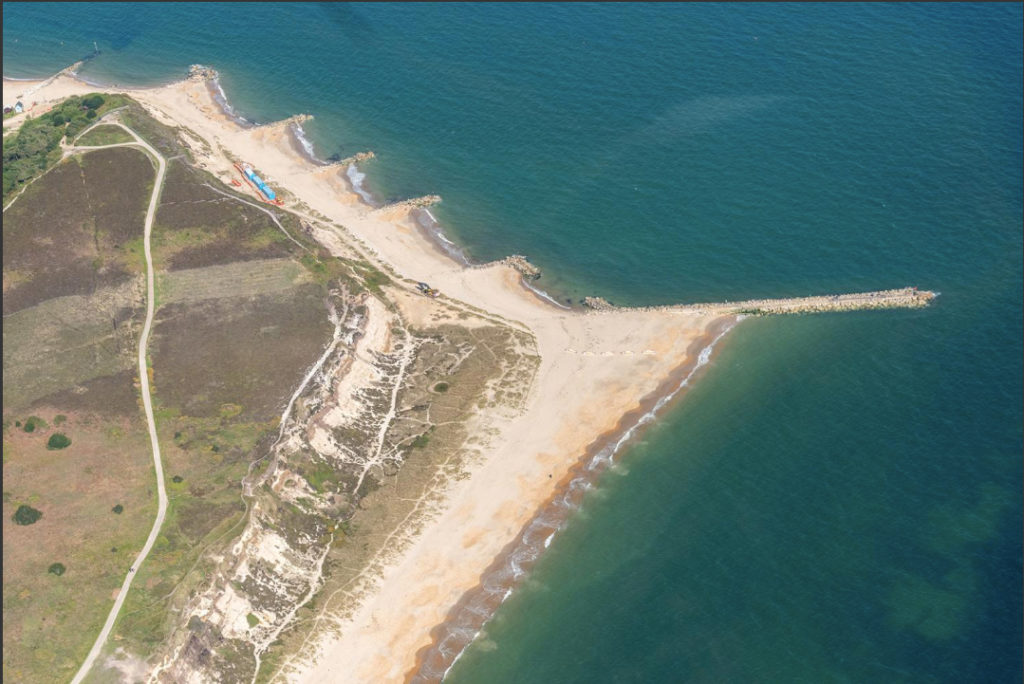 The plans centre on changing the size and orientation of the existing long groyne, allowing sandbanks to build up along the headlands eastern stretch. The current groyne, completed in 1939, acts as a sand-trap- blocking both swell and sediment from making it round the corner.

Guy’s report claims if enough sediment were to be allowed to accumulate it could create a Superbank style set up which would morph incoming swell into a series of long peeling peaks, protected from the prevailing south-westerly winds.

Unlike the failed Boscombe surf reef– which will undoubtedly loom large in the memory of any councillors perusing Guy’s proposal- the project would not constitute an entirely new development, as the long groyne is set to be replaced anyway in 2023, meaning the budget required for the plans is already in place.

Guy reckons his re-development proposal could serve as an inexpensive two-birds-one-stone approach; keeping sand on the beaches and creating a new surf resource.

While some have questioned if the area’s shallow offshore bathymetry would mean swell never made it to the newly formed point, Guy reckons that with the right level of sand accumulation, during big swells and high tide in particular, there would be fun-sized waves reforming along the length of the spit.

“I have some good historic pics given to me by the coastal engineers that I first met with,” he writes on Facebook, “and they show that [before the long groyne was built] the swell used to go past the point unhindered, which it would naturally do on a SW swell.”

“I am not looking to make bigger waves,” he continues, “but longer and better shaped like Malibu or Rincon and, sheltered from the wind from SW-NW.” 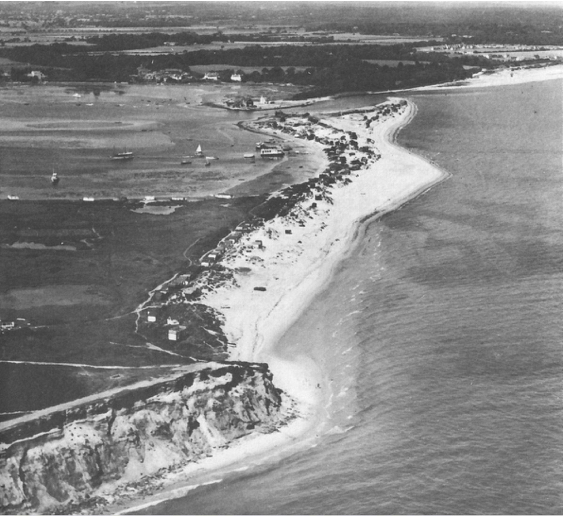 Hengistbury Head before the construction of the groynes.

The next step is for Plymouth Universities’ Coastal Marine Applied Research (CMAR) to carry out a full investigation to investigate the plan’s viability, for which they have already submitted an initial proposal and draft quotation to the council.

Do you think the plans could work? Let us know in the comments!

More like this:
Could This New Artificial Reef Design Be The One To Turn Newquay Bay Into A Surfers Paradise?