When you gather together hundreds of Europe’s best surfers for the continents biggest surf fest, there’s bound to be a story or two to tell…

This week the fourth inaugural Caparica Surf Fest returned to the shores of Portugal, gathering hundreds of competitors across seven age and discipline categories, for 176 heats of surfing action.

We’ve already brought you news of Ellie Turner and Ben Skinner’s success, but when Europe’s best surfers assemble on this sort of scale, there’s much more to report on than who made it to the podium. 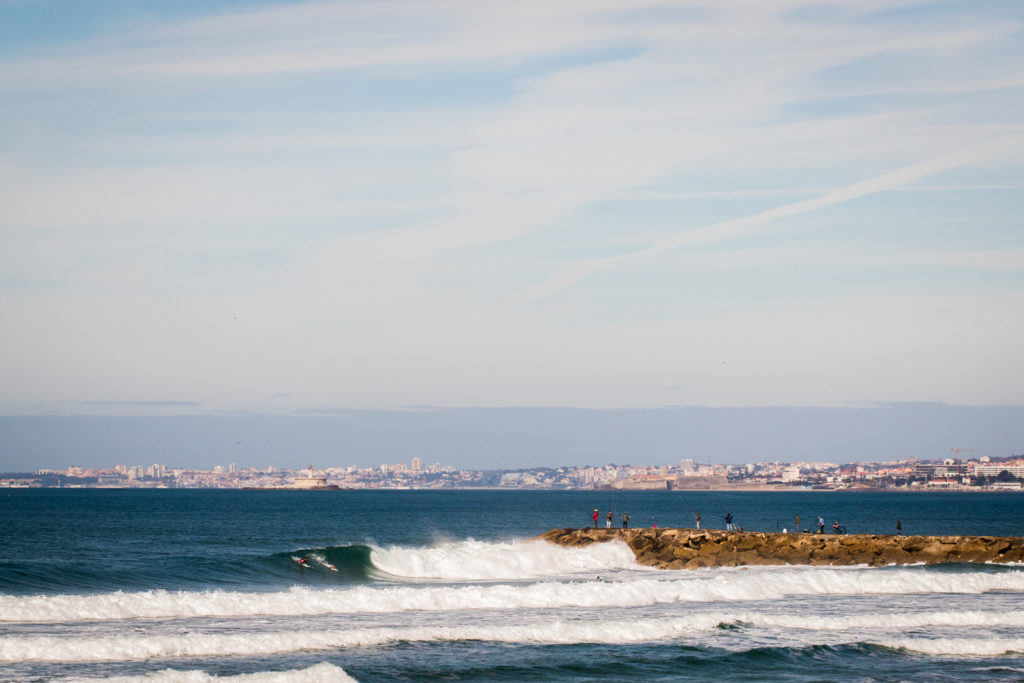 A good bank played host to a rippable wedging right hander, which served as one two main contest peaks for the week.

A trio of Brits made the invite list for the Matta Game On comp, which, through an extensive and thorough process of invitation shortlisting, gathered the 32 best Under 13’s from around Europe. From England, exciting up and comers Gabe Llewelyn, Lucas Skinner and Fynn Gillespie got the call up and the boys were frothing for their first competitive outing on European soil. Unfortunately, the day before the comp was set to get underway, Gabe got run over by a longboard while free-surfing one of the crowded non-contest peaks. Unable to move he was stretchered up the beach, and taken to hospital where an X-ray revealed a broken femur. Yesterday surgeons operated and everything reportedly went well. No word yet on how long he’ll be out of the water for, but we wish the young ripper, and by all accounts little legend, a speedy recovery and look forward to seeing him and his grin in the line up again soon. 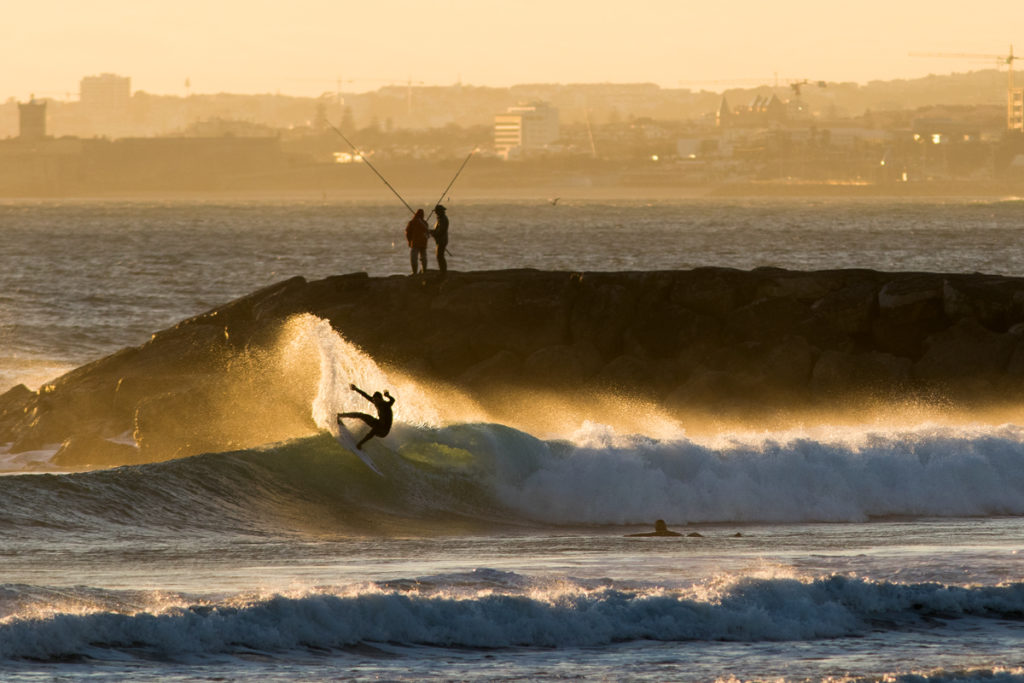 Ethan Egiguren banks one off the top at sunset.

In the end The Matta comp was taken out by 12 year old Basque surfer Kai Odriozola, with his 10 year old brother Hans Odriozola coming in in third. The brothers are the offspring of Josema Odriozola and Karin Frisch, the inventors of the Wavegarden, and as well as cutting their teeth on the Basque country’s many excellent coastal waves, the groms have been supplementing their development with lots of time practising in the pool. There’s been much speculation ever since the Wavegarden was first unveiled about whether such a consistent training ground will send progression of our sport through the roof, and these groms could well be the first piece of evidence that those predictions are coming to fruition. It’s a big call, but we reckon these kids are destined for the CT sometime in the next decade. 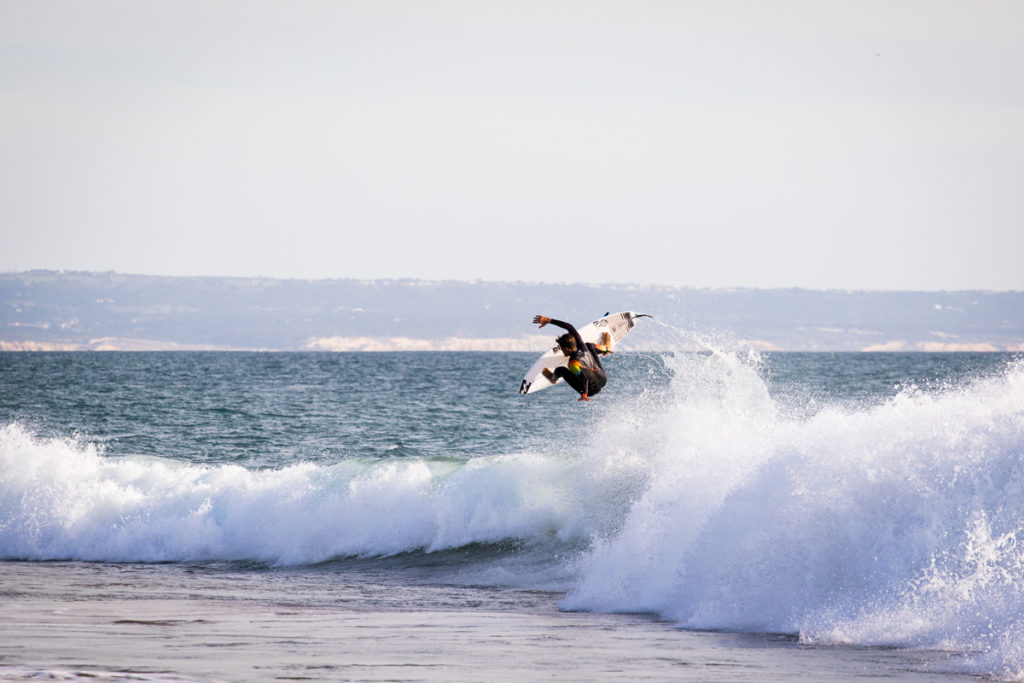 Justin Becret has potentially the most solid game air game of any European up and comer. Here he puts it to good use during an evening free surf.

Further up the ranks in the Pro Junior, the French looked nothing short of dominant, dispensing with all rival nations by the time the final rolled around. Justin Becret and Marco Mignot in particular looked solid, with Mathis Crozon, Tiago Carrique, Thomas Debierre and Kyllian Guerin all very much worth looking out for in the future. In the women’s divisions, the finalists hailed from far less traditional nations, with Zarutz based Russian surfer Nadia Erostarbe and Tel Aviv based Israeli Anat Lelior each putting on excellent performances to see them into both the Pro Junior and QS finals, with Anat taking the win in the former division. 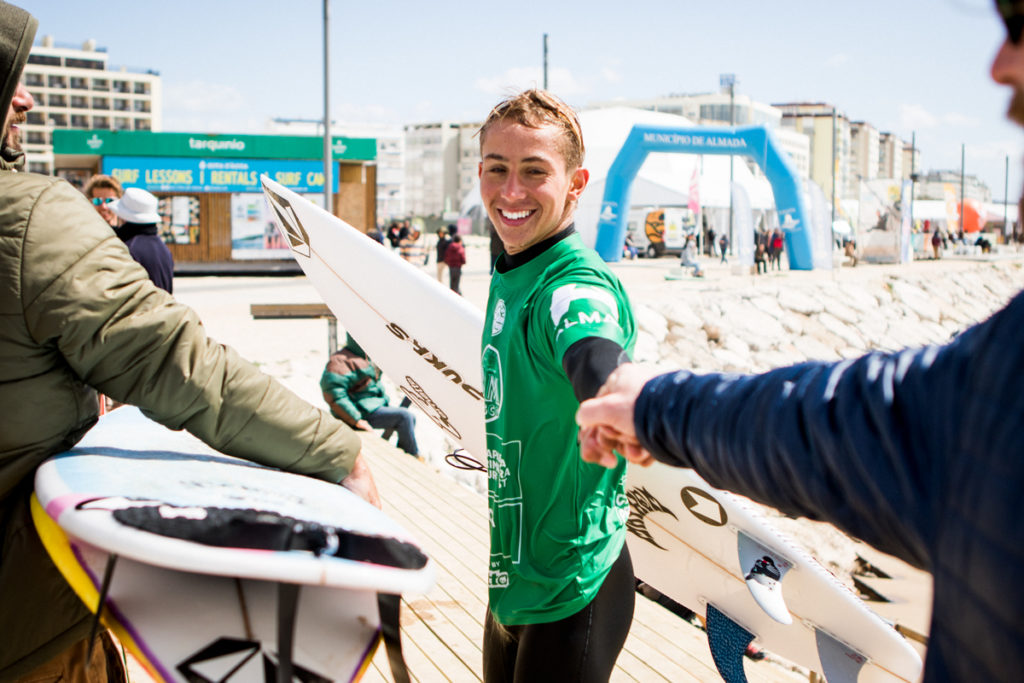 Young Canarian surfer Yael Pena was another to smash it in both the Junior and Mens QS divisions, securing a 7th and 4th respectively.

During a short stint in Newquay hanging with boyfriend Harry Timson, Longboard world champ Honolua Blomfield hit up Skinner to borrow a board. He eagerly obliged, handing over a new Thunderbolt Technologies Wrangler model, and after a few surfs on it at Fistral, Skinner convinced Honolua to head out to Caparica with him and fellow British longboarders Ben Howey and Jack Unsworth to enter the comp. 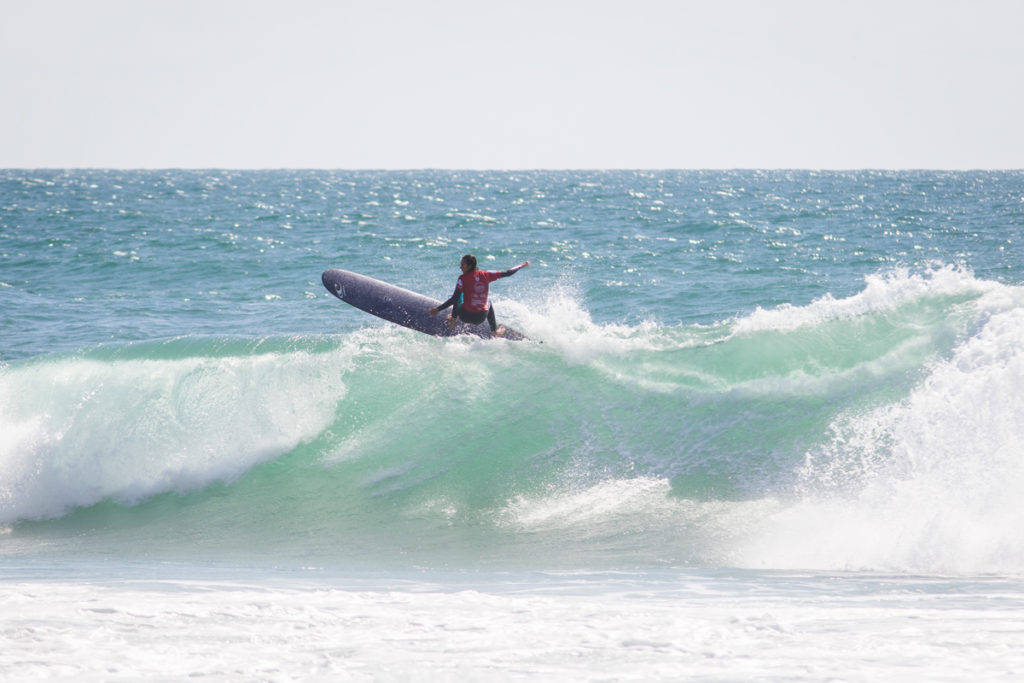 Honolua Blomfield was totally unfazed by the solid close out sections on finals day. Unsurprisingly really, considering it was only 3ft Hawaiian.

While Honolua’s talent is such she could have probably could have packed the win on a waterlogged foamie, the board certainly looked solid under her feet as she danced her to way to victory in challenging overhead onshore rights. And if a British boyfriend and British shaped board weren’t enough, her status as an honorary Brit was further cemented by a chair up the beach courtesy of Ben Howey. 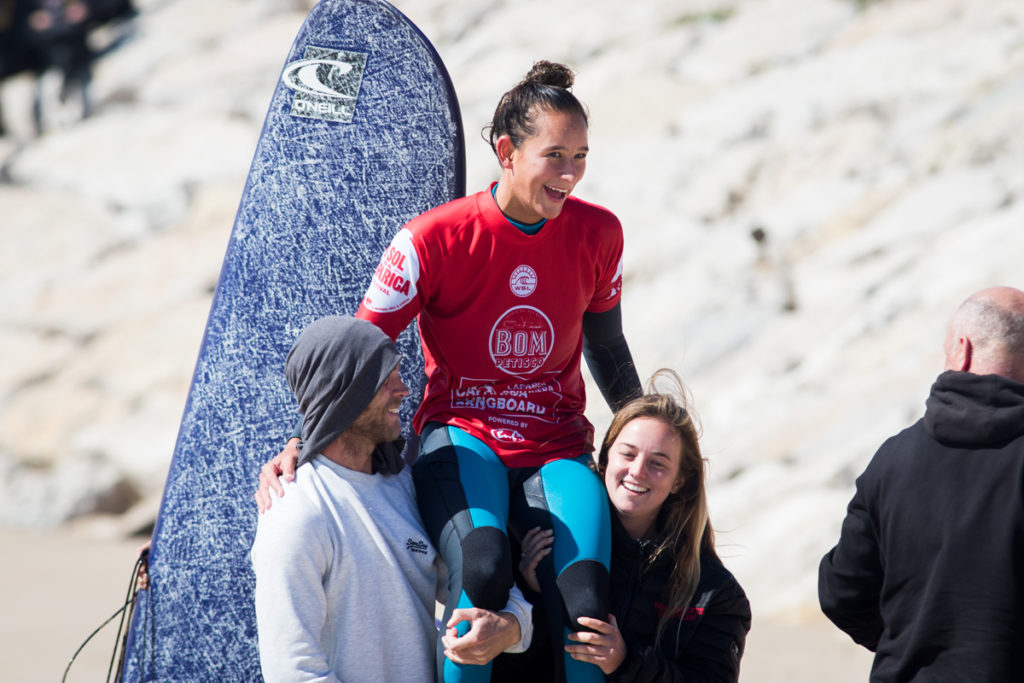 Honolua was chaired up the beach, while Lucas Skinner, Ben’s 10 year old son carried her board, shaped by his dad, up the beach behind her.

The event has been growing year on year welcoming more competitors and an increasingly popular hoss of bands and artists to its large tent on the beach. As the final buzzer sounded, storm clouds moved in, obscuring the sun that had been shining brightly all week, but spirits remained high as competitors and revellers headed out to the festival. This weekend looks set for much of the same before the circus skips town on Sunday and the competitive contingent moves on to the next stop in Zarautz. 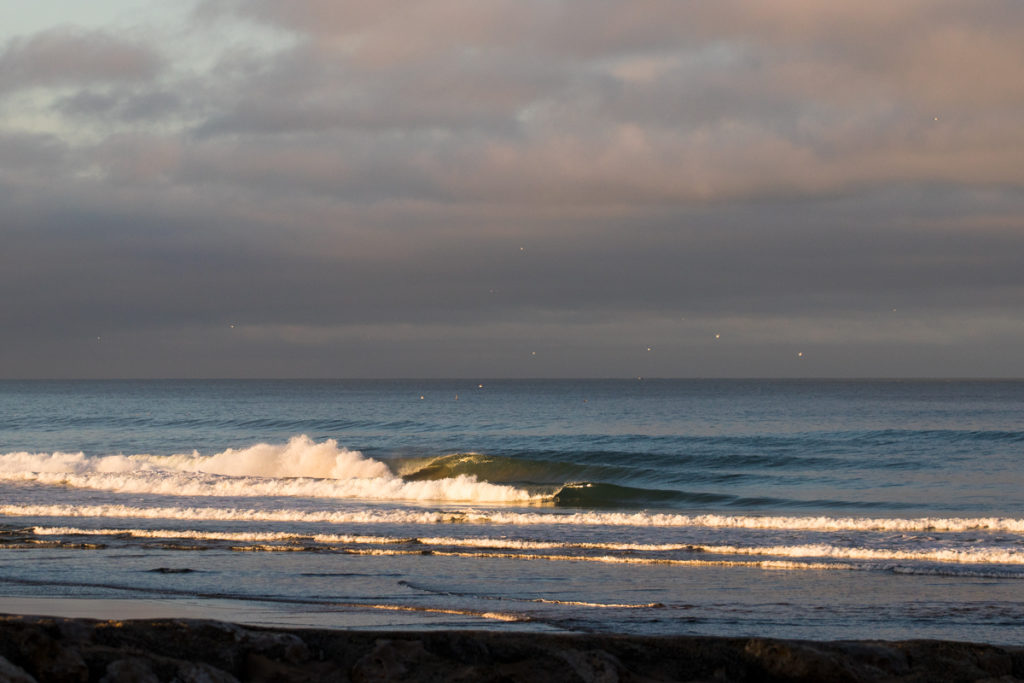 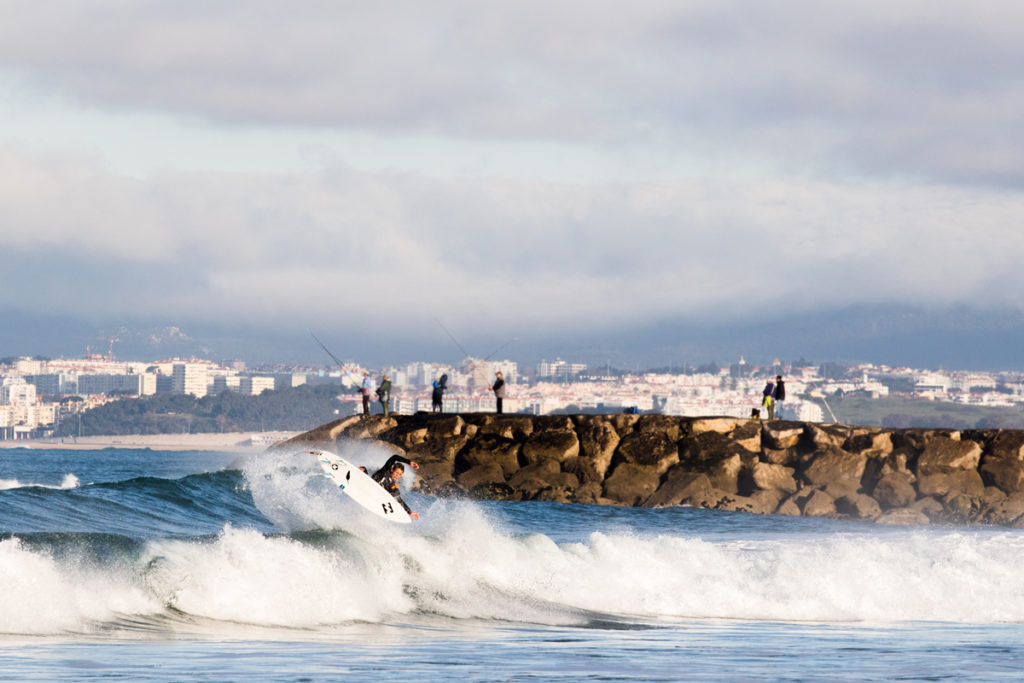 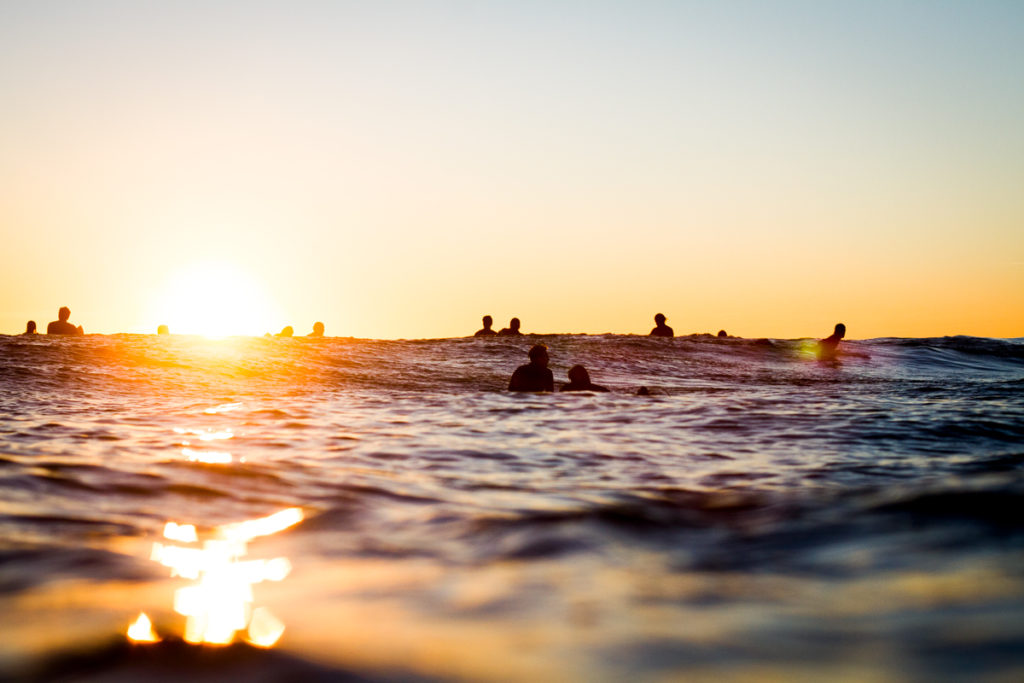 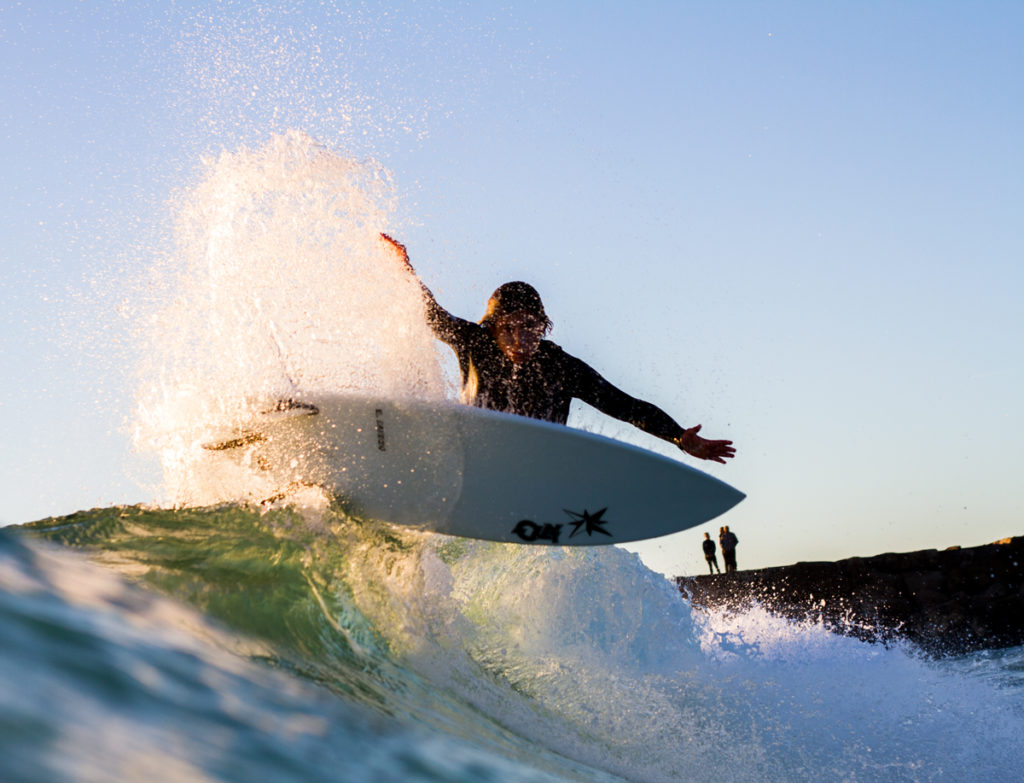 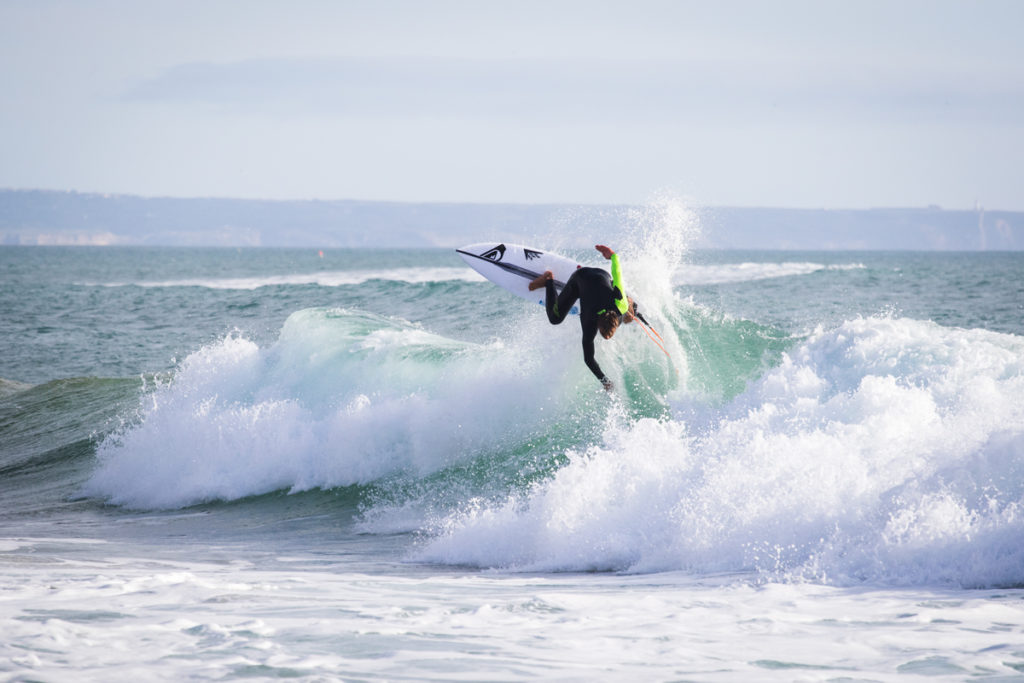 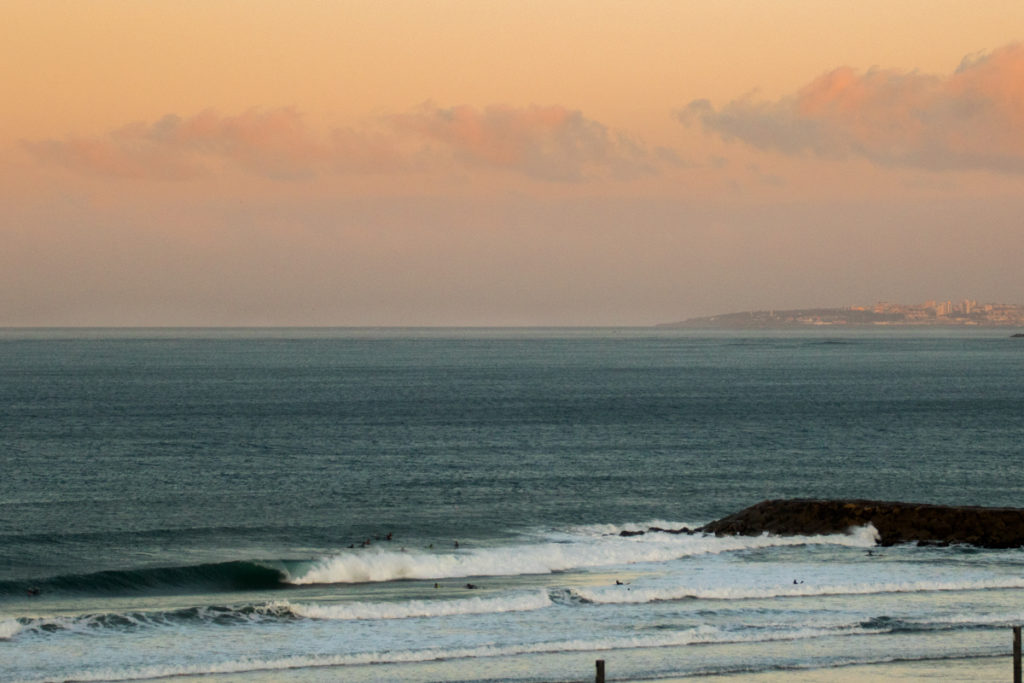 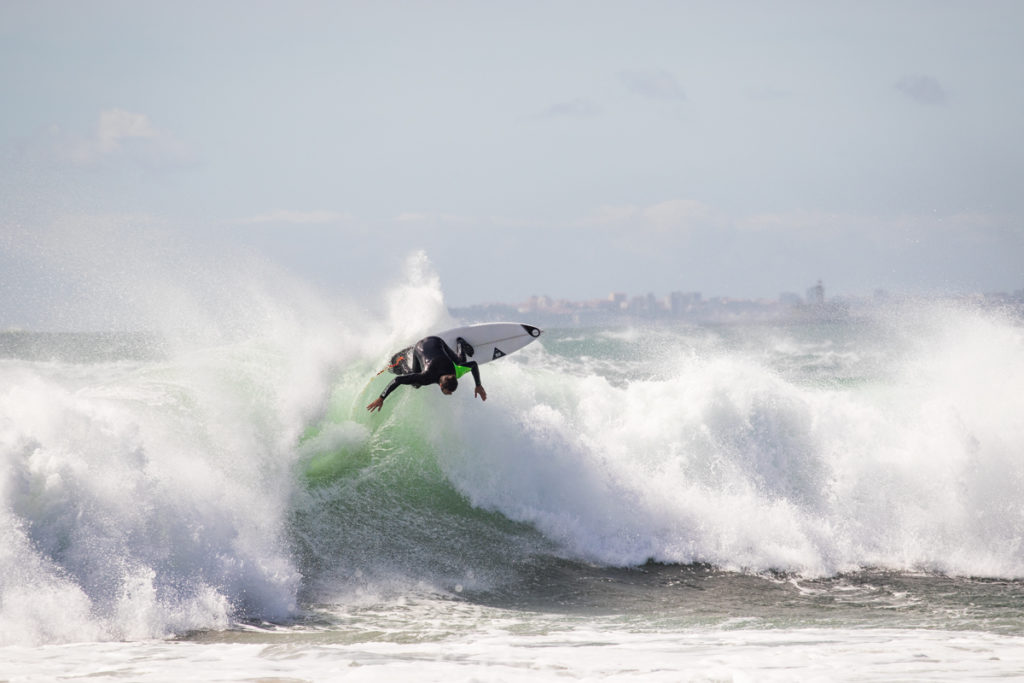 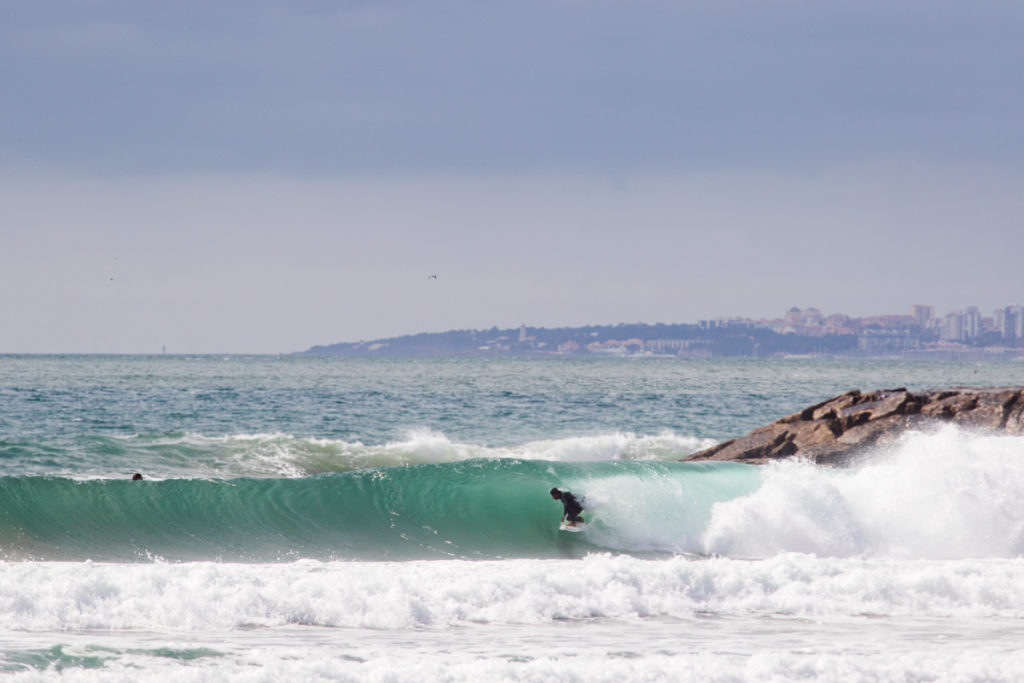 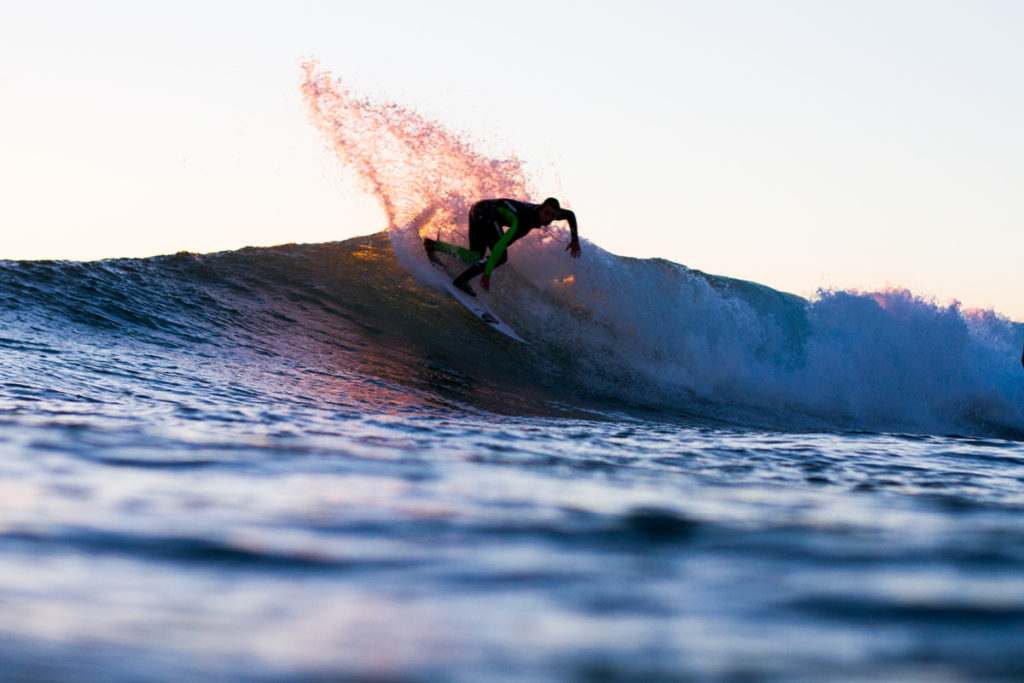 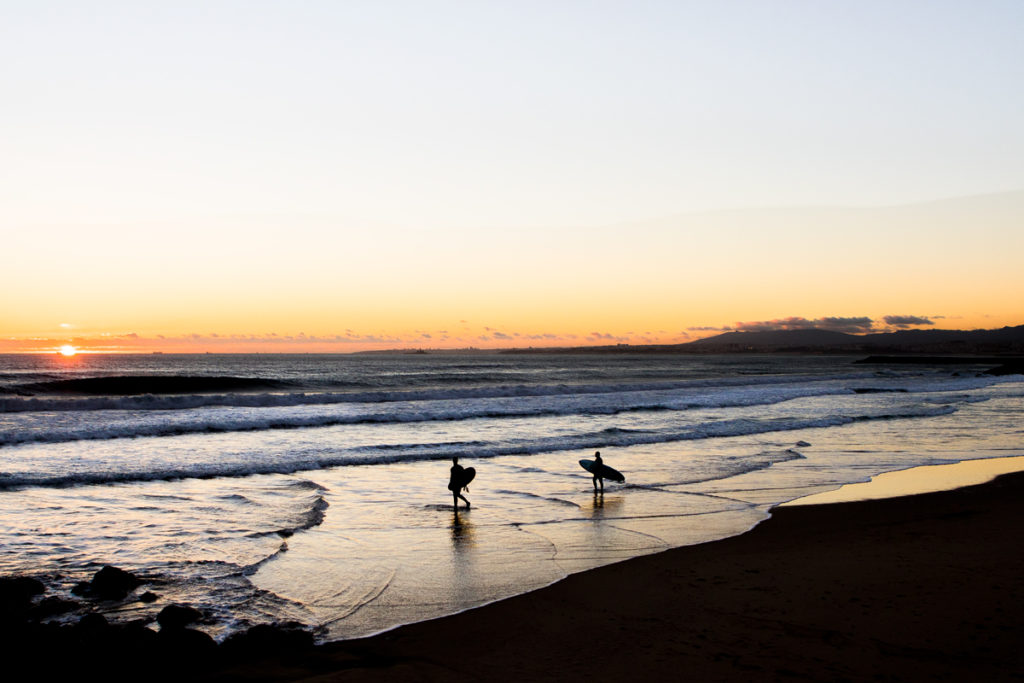