Ivah Wilmot made a welcome change from your average pro surfer interview, right off the bat: “I like talking, I like interviews,” he says from his base in Kingston, Jamaica. “You get to get your story out.”

Part of the Roark Revival posse – a diverse a crew of surf talents ranging from the hammer dropping hi-perf of Parker Coffin to the timeless virtuoso of Harrison Roach, Ivah brings his own unique vibe to the ensemble.

“Life is pretty good out here in Jamaica, not much has changed. Everybody has curfews all around the world, but in Jamaica we were already on lockdown because of the violence, a lot of killings, since the start of last year. Police locked down the roads and such a month before Covid even started, so when the virus came, people were used to it. Tired of it, but used to it.”

“Aside from that, there’s not much rules. It’s the third world, people are resilient, resourceful. You have to make something out of nothing if you want to get by in Jamaica. People are out hustling, out in the streets. I do miss travelling though.”

While you might imagine the Caribbean island’s surf to be mainly windy, short lived peaks, Roark’s Kingston Deadbeats film revealed beautiful reeling left points, where Ivah was in his element.

“Those are two of my favourite waves out here bro. One is like world class, the other one is like a skatepark, with a couple of barrels. You always have a little nook you can tuck into or launch off.”

Ivah talked us through some of his style influences. 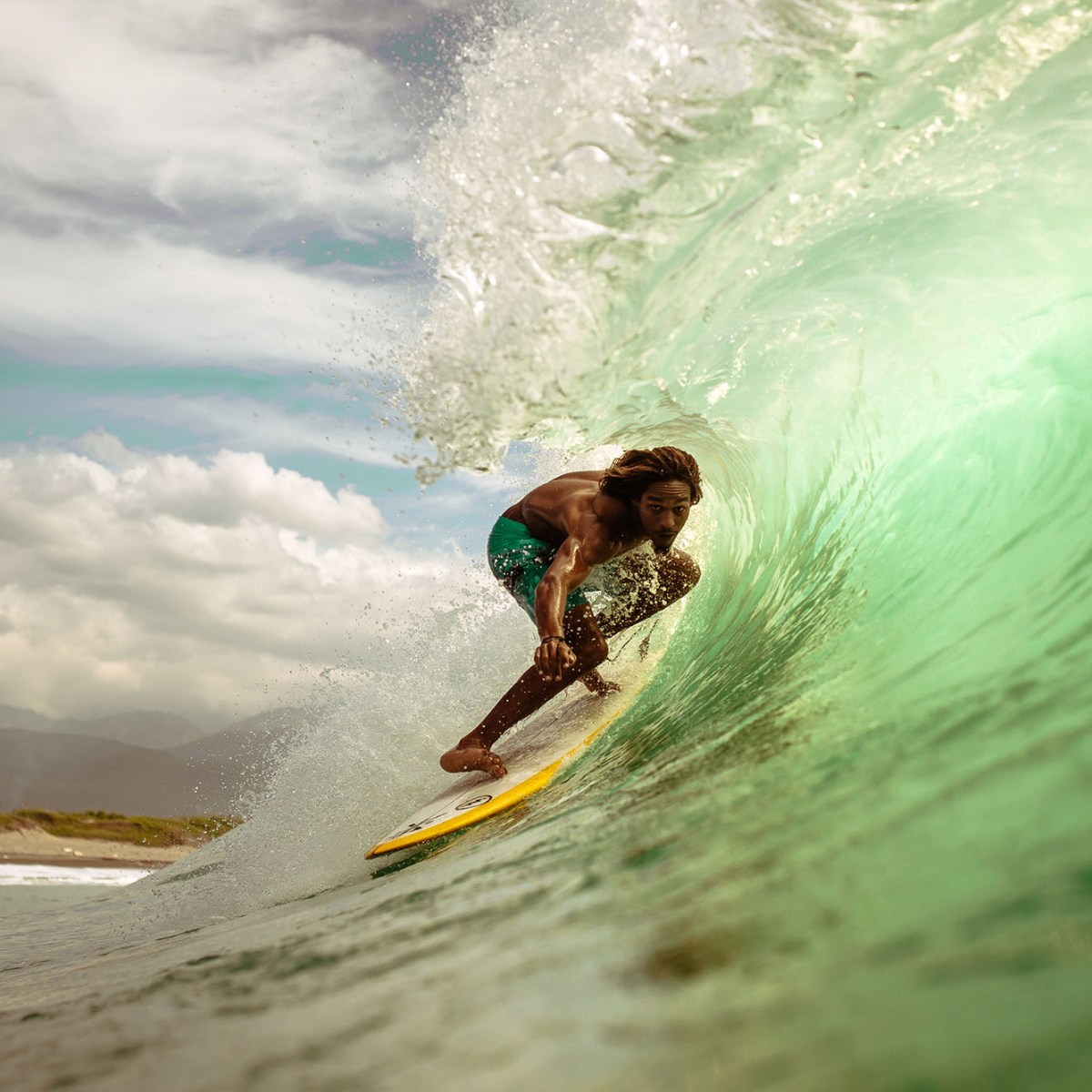 “Partly because I was kid and both of their names were really similar, and partly because they’re goofy and I surf goofy as well. They’re two of my favourites. Back in the day we had a few surf videos around, Momentum and Loose Change, with their surfing in.

Then I met Kalani when he came to Jamaica to make the Drive Thru, and have been friends ever since. I’ve always loved his approach to surfing where it just looks fun, he looks like he’s having the most fun out of everybody, even if he’s on a boogieboard or whatever.

“I met Dan Malloy when I was a kid, and all of the Malloy brothers inspired me for a while. He was almost like a mentor to me when I met him, took me under his wing. He came here to Jamaica a few times, and he even went with the team to the World Games and coached the Jamaica team, he even flew us out to his place.

It was the same when I met the Gudauskas brothers too. That unity that they have is something I can relate to because me and two friends my age, we grew up surfing together. Other friends come and go, but the three of us always stuck together, and that brotherhood the Gudauskas have resonates with us. Out here in Jamaica, far from everything, there’s no end game for surfing. You just do it coz you love doing it, and your crew is a big part of that.” 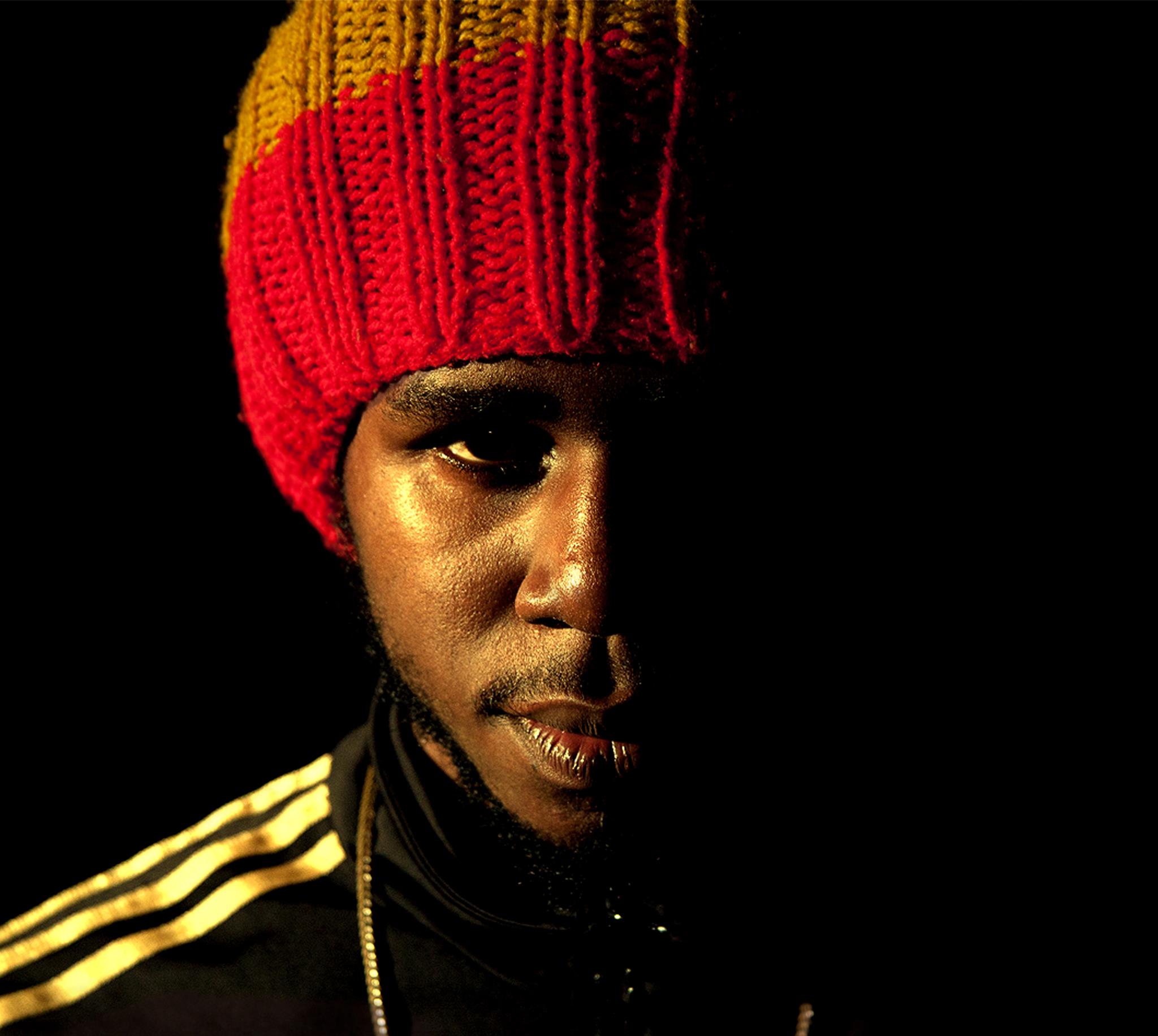 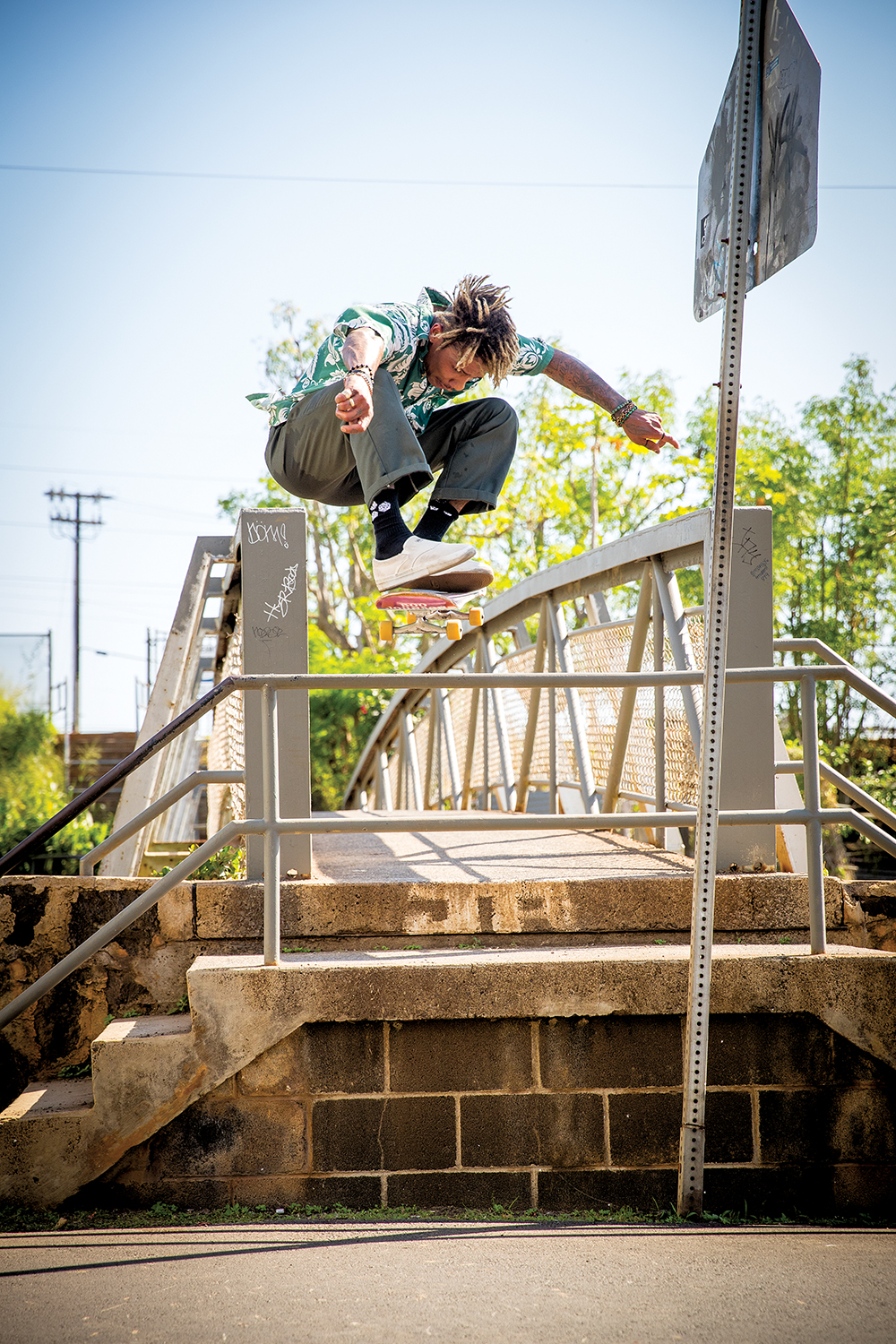 “My dad Billy Mystic used to do a lot of music, and we all learned to play. At our surf camp, Jamnesia, we started doing live shows with all the equipment he had got together from travelling and playing. At that time, reggae was not really a thing out here, it was all dancehall. In Jamaica when one thing is really big, you don’t really have other types of music going on. So at the start, nine years ago, they said it was like a revival of reggae. We didn’t pioneer it, but we lit the spark to bring it back. The people that performed went on to become well known artists, like Chronixx, who is considered A-list in Jamaica today. When everyone else was like spitting bars, in a fast, rap style, Chronixx had more of a poetic, melodic singing approach. I would try to do a similar type of thing even though I can’t really sing. But as a person he’s a really cool guy and down to earth. It’s inspiring because I’ve seen him start from zero and now he’s becoming a legend in his own right.

I’ve been skating a lot lately. My dad said people used to skate here in the 70’s so it’s not new, but now it’s like a whole different wave coming up. We built like a DIY spot first, and now we have a real skatepark too, it opened during the whole Covid thing, and we have a whole new scene coming up from that. It’s occupying most of my time, I can’t go on trips with Roark, people can’t come here to shoot surf, so I’m at the skatepark. The growth is really fast because everybody can skate, it’s much more accessible than surfing. It’s not hard to get a board, you can share a board, you can skate anywhere, boards are pretty cheap. You can see it coming up here like a Dog Town type thing, it’s really exciting.

Boo Johnson is one of my bros. I met him in 2019, but I always used to watch him skate before that, and thought he’d have the Jamaican spirit, be a cool guy to hang out with. So when I did get to meet him, I found he’s one of the coolest guys on earth, and I love the way he skates. He doesn’t try to do nothing too crazy, but has really good style where he does simple tricks and he makes them look good. And when he does hard tricks, he makes them look good too.” 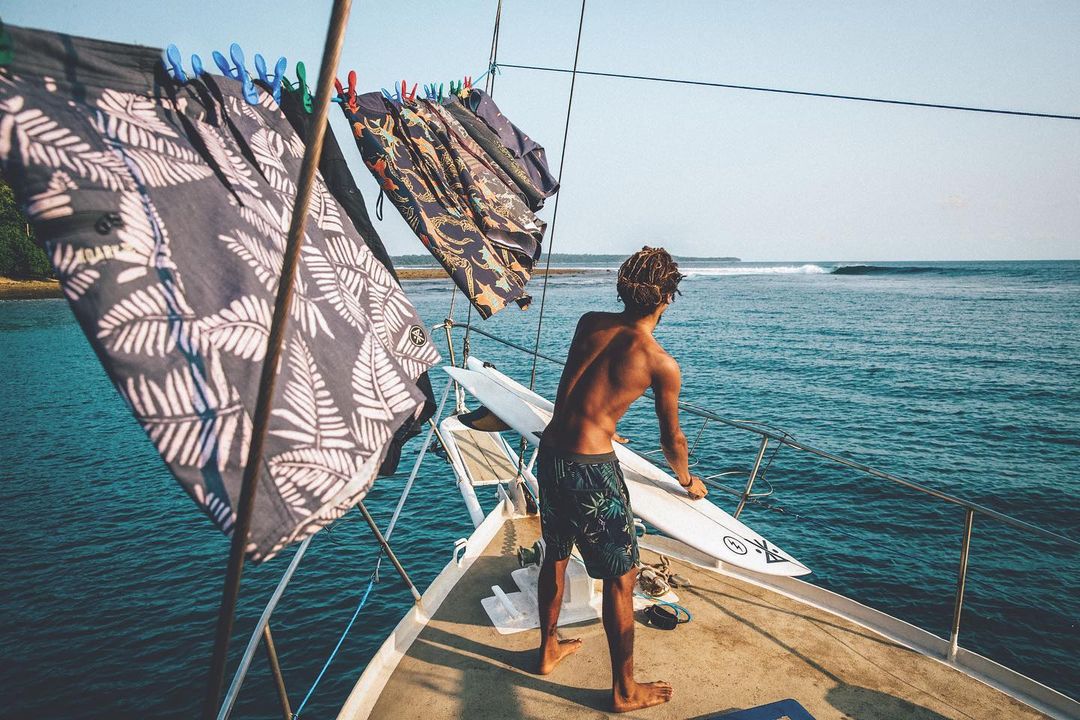 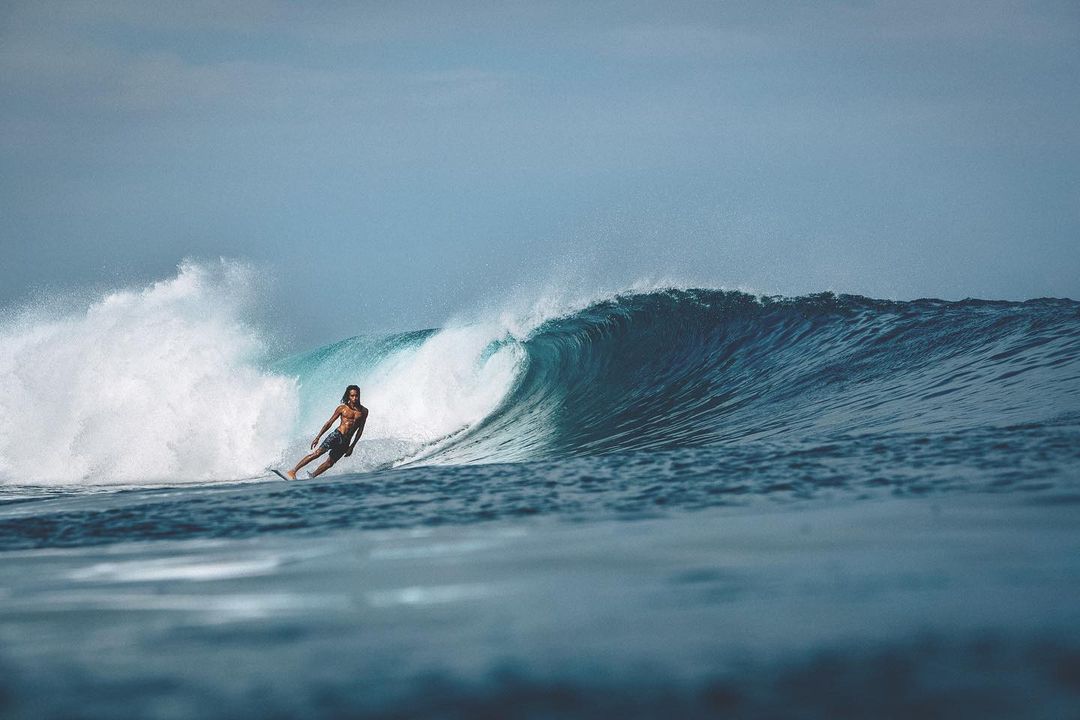 Ivah Wilmot is an ambassador for Roark Revival. Click here to browse the range in the Wavelength shop.

There’s much to admire in the Harrison Roach oeuvre. A logger of global repute, but much more than just that, he’s also outstanding as a roaring tubesmith, an all around performer on [...]

[As Wavelength celebrates its 40th birthday in 2021, we revisit at some of the more colourful chapters in European surfing history.] How an era-straddling celebration of cross-over boardsport [...]