Unusually a surf photographer is shortlisted for the prestigious London prize.

The National Portrait Gallery in London has announced that US photographer Joni Sternbach will compete for their coveted photography award – the Taylor Wessing portrait prize.

Sternbach from the Bronx in New York uses early photographic processes and techniques to capture modern day images that wouldn’t look out of place in a 19th century album.

We spoke exclusively to Joni to find out a bit more about her retro style and how she originally tried to avoid the surfers in her imagery.

“I spent years along this one very specific bluff in Montauk with my large format camera making close-up details of the ocean surface. My timing to shoot involved a close calculation of tide, weather and my somewhat limited equipment.

“It all had to come together rather precisely in order for me to have the frame and composition I wanted. So, it was me and my camera, on the bluffs in all kinds of weather. What I did not know at the time was that this spot was also a surf break. Eventually surfers found their way into my photographs, however, I was not so happy about this. It took me years to consider the possibility that they were for a reason that I should be paying attention to.” 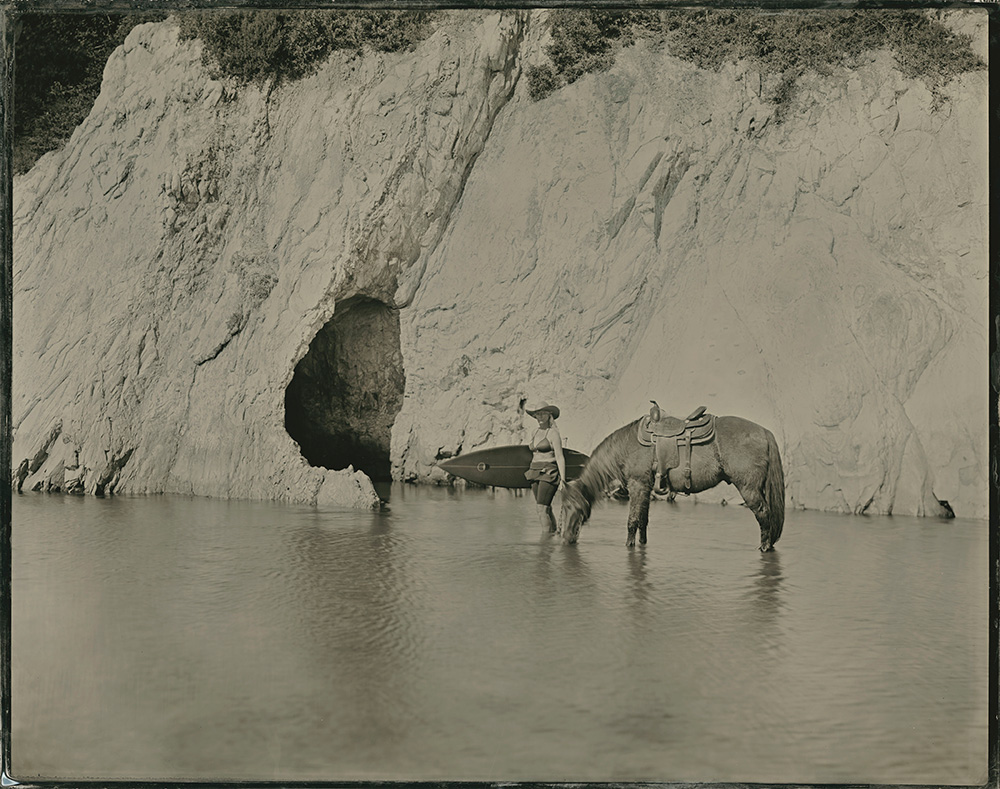 “A tintype is a direct positive on blackened metal made with the wet collodion process. It’s a beautiful object, tactile, one of a kind that’s made on the spot and processed in a portable darkroom and fixed in daylight.

“It’s a process that draws you in with its beauty and luscious qualities. It’s hard to resist!”

The annual portrait prize, which began in 1993, is considered one of the most prestigious photography awards in the world and showcases new work that has been submitted by some of the most exciting and cutting-edge contemporary photographers.

The winner of the prize and shortlisted works will form part of a wider show at the National Portrait Gallery between 17 November and 26 February.

Nicholas Cullinan the director, of the gallery in London, said: “In an exhibition remarkable for its range of subjects and styles, the quality of this year’s shortlisted works reflects the outstanding level at which photographers across the world are working today.”

Want to see more of Sternbach’s work then head over to her site, take a look at her latest book Surf Site Tin Type or even pop to LA and see her work being displayed in a solo show entitled ‘Her Wave’ at the Von Lintel Gallery.