A gallery of quality imagery from South Wales, by local photographer Jack Abbott

Pembrokeshire presents a veritable surf playground, made up of a string of secluded coves, cut into the region’s long craggy coastline.

The three peninsulas, that make up the Pembrokeshire Coast National Park, offer a rich variety of setup options, meaning if there’s enough swell running, there will always be a clean wave somewhere. Freshwater West is the areas main break, which despite being super popular and hosting various comps throughout the year, has remained perfectly unspoilt.

We asked local photographer Jack Abbott to show us some of his favourite recent shots and tell us a little about shooting in the area.

“I started shooting surfing a couple of years ago. I’d wanted to try for ages, after spending so much time paddling back out going ‘Ah if I had a camera…that would’ve looked unreal!’ Eventually I got my hands on a waterproof 1987 Minolta 350d film camera and had a tester in some mini barrels. It died after 17 shots…

“But it was so fun I had to get a housing for my camera. If i’m shooting surfing I really like to be in the sea, it’s a good laugh and you still get the beatings! I love shooting those golden hours with a good crew trying to make a frame that you could take a second to look at instead of a speedy scroll and double tap.

“I’d like to do more with print in the future. I think that’s the nicest way to view anything.

“The ‘Surf Scene’ in Pembs is pretty classic… It doesn’t get good that often. It’s windy, wet, quiet and dark most of the time which makes it all that much better when you do score! When a swell gets going there’ll undoubtedly be a hill full of tradesmen talking about how good it might have been yesterday.

“It’s an amazing bit of coast though. Even if you don’t come away with a shot or find a wave there’s a pretty nice mission in going anywhere…” 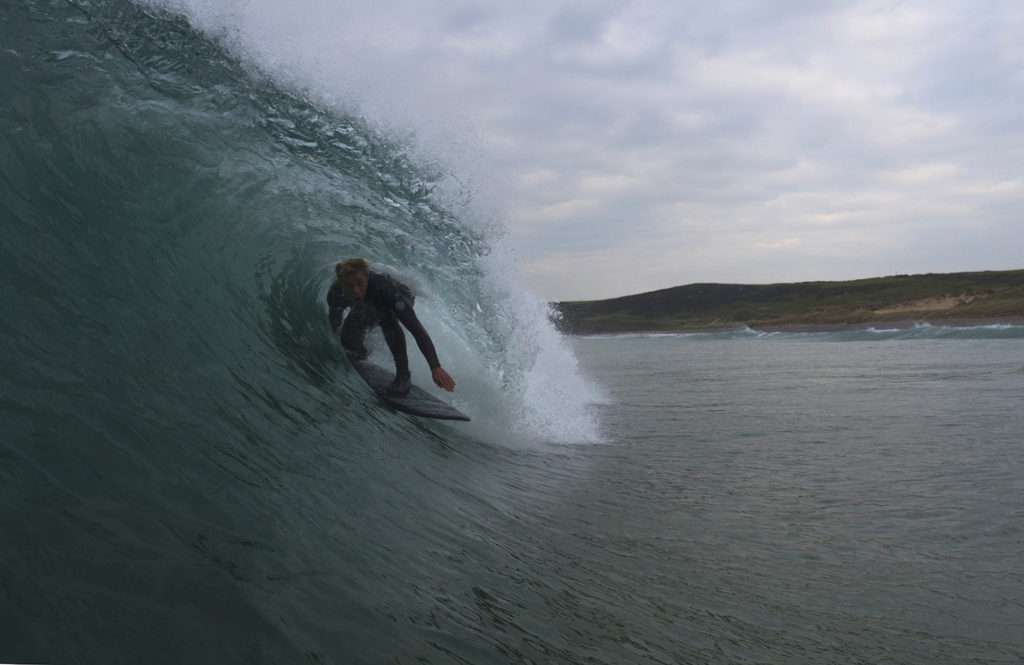