Home » A Surfer’s Guide To: Hallucinogenics

Drugs and surfing have long been perceived as intertwined, partly due to mainstream society’s lazy stereotypes, partly very much justified. For a number of reasons, getting high and shredding the curl have had symbiotic relationships for several generations of waveriders going back over half a century.

Why do mind altering-substances and surfing, for a sector of the surfing population at least, seem to go well together? Maybe because – outside of competition perhaps – recreational drugs might also be considered, by and for some folk, as performance-enhancing.

Particularly if the performance you seek is a higher state of consciousness with the cosmic forces of the universe and in particular, aquatic infragravity waves.

Weed & Surfing: Before, After, Both or Never?

And yeah, while campervans, full moons, bohemia, long hair, kimonos, sandals, tie dye, vaguely ‘Eastern’ philosophies, a rejection of the rat race ideal and a number of other things that were possibly cool when your parents were young and surfing have long had aesthetic and ideological cross-overs, they are also known as the identifiers of the hallucinogen imbiber.

We should probably state here that most of the substances on this list are illegal in most countries, so anyone indulging is committing a criminal act by partaking… Although it wasn’t that long ago that being gay and ‘taping songs off the radio’* was against the law, sometimes you gots to go by your own moral compass, over the law of the land. 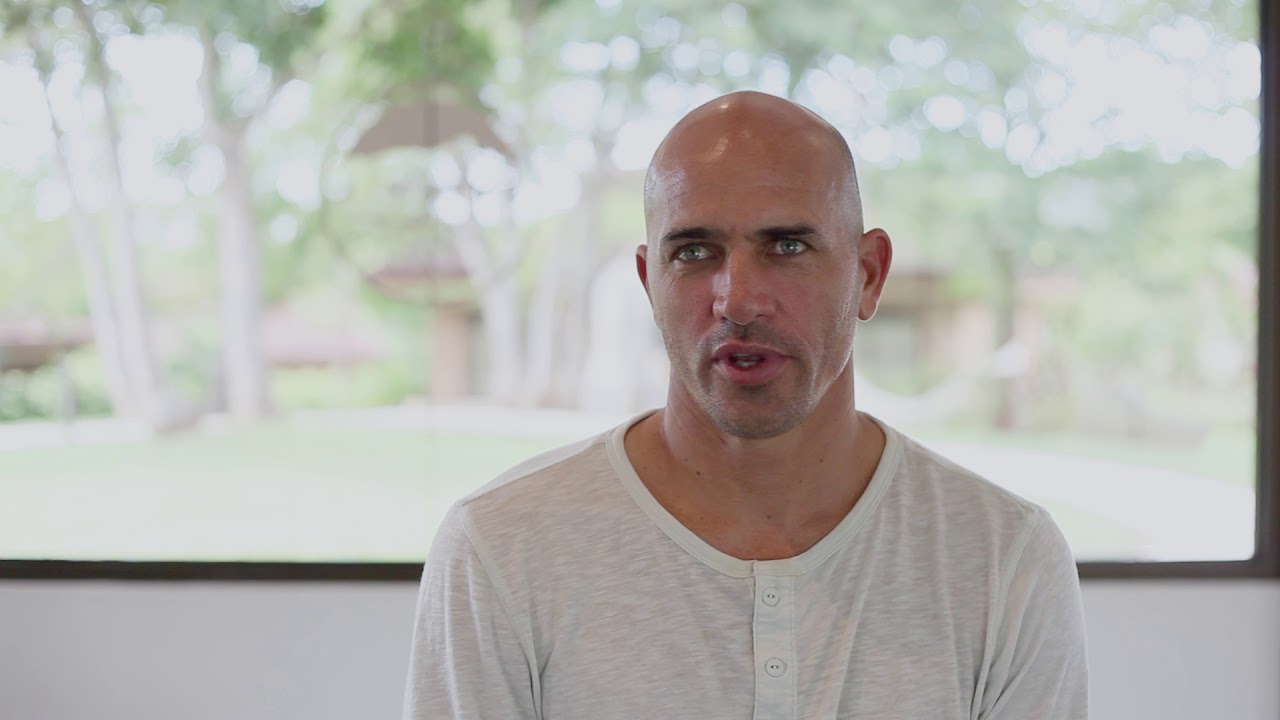 Probably the most chic of the hallucinogens currently in the surf world, none other than 11-time World Champion Kelly Slater publicly endorsed the psychedelic brew after visiting the luxury Rhythmia resort in Costa Rica back in 2017. Slater described his ayahuasca experience in reverential terms in a testimonial for the resort, claiming, “I just had the most profound experience of my life.”

The drink is made from a fermented Amazonian vine and the leaves of a shrub that contains DMT (dimethyltryptamine) the active ingredient in peyote. Ayahuasca is known for giving strong hallucinations, out of body experiences and euphoria, and as a method of treatment for unresolved psychological issues and deep emotional baggage.

Used in shamanistic rituals and by a spin off branch of Catholic church in Brazil known as Santo Daime (the only non-criminal), Ayahuasca is regarded as bringing the recipient closer to the divine. Slater himself, is reported as admitting (although not on the testimonial) that he saw his own death.

Aside from the internal effects, the physiological reaction may be strong, too: “Vomiting and diarrhea” says heathline.com “are considered a normal part of the cleansing experience.”

But you don’t need to go all the way the Americas to try ayahuasca. “I saw a Google Ad for a place in Amsterdam, booked it and flew there that evening,” reported a European surf photographer recently. “It was the most radical thing I’ve ever done. I had so much going on in my head that I actually refused the second cup, I was dealing with the first one so hard. I spoke to [a well-known big wave surfer] about it, he reckons he’s doing it once a month…”

Shrooms and shred have been a thing for decades, revered not only for their effects but the fact that grow almost everywhere, and don’t require a tropical climate like many of the plants on this list.

They’re often seen as the more benign of the hallucinogens, perhaps due to a relative lack of preparation required, but they can induce very powerful effects and should be respected for their potency, delivered by the psilocybin and psilocin compounds. 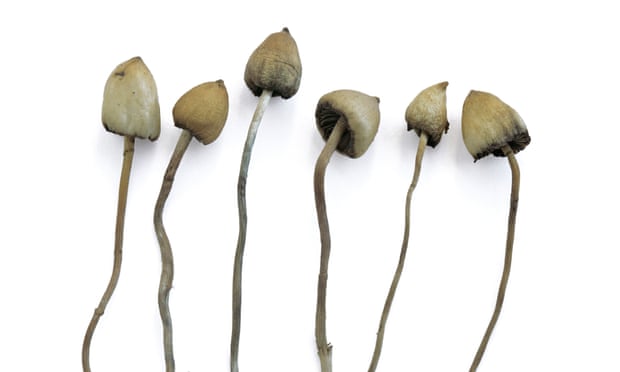 I remember reading an article about Donavon Frankenreiter looking for ‘shrooms in cow poo in Ireland in Surfer Mag as an impressionable grom and thinking, “You can’t do that… can you?!?!?” I took the mag to school and quizzed my science teacher, Mr Robinson, who said, to my further astonishment that he used to put magic mushrooms on pizza. “You can’t do that… can you?!?!”

The list of well-known surfer exponents of shrooms is a long one, and they seem to be the one narcotic that high profile surfers are semi-keen to go on the record about, and with Bali being the microcosm of the surf world, so too is it a centre of shrooming. “Ah it’s fun as fuck mate, Bali’s got some of the best,” a 90’s tour surfer told me the other day. “They’re really good at it over there too – but you still need to be kinda careful, some people I know are still tweaking, years later…. But then again, some people just shouldn’t do drugs at all.”

The consensus seems to be that paddling out after the peak of the shroom effect, rather than before, is the more prudent choice.

“Some people I know are still tweaking… But then again, some people just shouldn’t do drugs at all.” 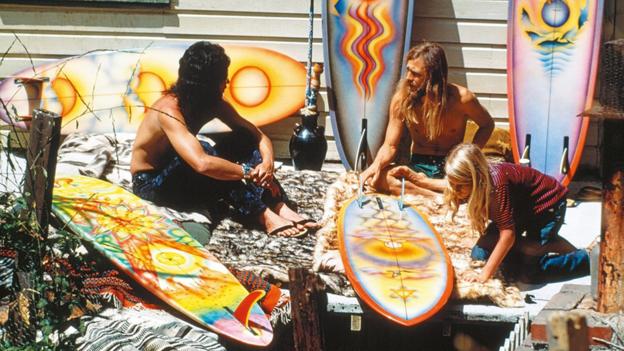 If you’ve seen the film Orange Sunshine, about the role of legendary Laguna Beach surf commune the Brotherhood of Eternal Love and its mass production of acid in the 60’s, it’s easy to understand why the surfer/tripper association in popular culture has come about.

The hippies may be long gone, but acid (lysergic acid diethylamide – derived from a fungus that grows on rye) is still very much on the scene. In the early 2010’s, when Namibia’s Skeleton Bay was beginning to be swell chased by pros from all over the world, a well known Californian freesurf pro happened to be sitting next to a surf company exec on the flight in, an exec who happened to have an eye dropper full of acid in his carry on. Thus the already mind-expanding experience of surfing 2km long 6-8ft freight train barrels then performed while tripping his face off was reckoned to be that particular pro’s highest high of all, and he’s had more than all of our fair shares, put together.

Surfing on acid’s finest prosaic moment comes in Williams Finnegan’s Pulitzer Prize winning Barbarian Days, where he describes surfing a giant swell at Honolua Bay in the 70’s, leashless, while trippin on LSD.

But it ain’t all fun, games , single fin tubes and bowl cuts, kids. According to drugfreeworld.org “Bad trips and flashbacks are only part of the risks of LSD use. LSD users may manifest relatively long-lasting psychoses or severe depression.”

Popular among surf writer wannabe intellectuals in the pre-hipster pre-digital era following the lifting on the longstanding ban on its sale in the 1990’s, the potent green booze known as absinthe was rumoured to have hallucinogenic properties due to thujone, a compound found in the wormwood used to make the incredibly alcoholic drink.

In fact, there was a time when you couldn’t read an article about the Euro tour leg without a shoehorned in Arthur Rimbaud misquote reference to a Shaun Munro tube at La Graviere. And while absinthe was very much a part of the golden age of Parisian writer and artist bohemia, and does have classic art nouveau iconography, it doesn’t make you trip, no matter how much you drink. Sorry.

Micro Dosing
It’s Not The Length podcast co-host and WSL writer Ben Mondy reported the benefits of microdosing this past spring, after a ‘close friend’ of his started taking minute quantities of shroom with his brekkie each day, as prescribed in the microdose method championed by the likes of Silicon Valley tech executives. To be clear, microdosing doesn’t actually make you trip, but involves the taking of imperceptibly small amounts of hallucinogens in order to unlock your creative potential, improve teamworking skills, etc.

The friend also surfed quite a bit during his microdose phase, and while perhaps didn’t unlock any particular new heights of performance, he did ‘seem to be catching more waves than usual’. Further research needs to be undertaken into the effects of microdosing and surfing, but it mightn’t be too much of a radical hypothesis to suggest that it might be more conducive to scaling the performance heights than macrodosing.