Historically, there’s always been something about surfing that draws ne’er-do-wells and degenerates into its ranks.

It could be the pastimes countercultural roots or the freewheeling hedonism the lifestyle encourages. Or perhaps it’s the simple fact an obsession with chasing waves around the world ain’t exactly conducive with traditional modes of employ. Whatever the reason, everywhere in the world, crime and sliding on waves have gone hand in hand since time immemorial.

To examine this enduring duality, over the coming weeks we’ll be running a series of online features profiling some of the most notorious surfing criminals.

Now, we’re not talking about the petty ones, the small-time drug dealers or that weird bloke at your local break who is rumoured to be on the run after a spate of crimes committed somewhere up-country. Nope, here, we’ll be focussing on surfers who’ve thrown themselves head first into a life of crime; drug runners, conmen, hackers and more, who’ve made a life jolling around the world off the back of their black-market winnings. 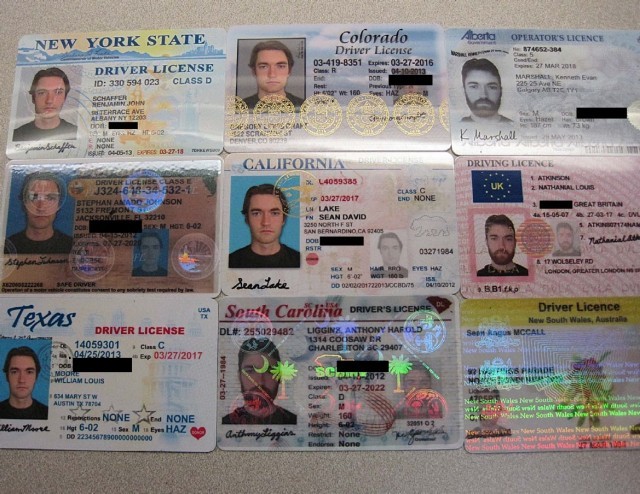 A collection of fake ID’s intercepted on the way to Ulbricht’s house.

In 2015, 33-year-old Ross Ulbricht was arrested by plainclothes FBI agents while tapping away at his laptop in a quiet corner of a San Francisco library. Two years later, he was sentenced to life without parole in federal prison. His crime? Founding the infamous dark web market place ‘Silk Road’, which allowed users to freely trade in everything from heroin to hitmen. The rap sheet of chargers that eventually saw him banged up included money laundering, computer hacking, and conspiracy to traffic narcotics but before the cops got him, Ulbricht had reportedly enjoyed an illustrious lifestyle as a travelling surfer.

He’d first tried the sport of kings as a kid during seasons spent in Costa Rica, where his parents owned an eco-retreat. “He would go out surfing, and I’d be on binoculars and say, ‘Get in here now,’” his mother recounted to Rolling Stone magazine. “Because he’s so enthusiastic, sometimes he’s a little too fearless.”

Ulbricht excelled in high school and won a full scholarship to study physics at Texas University, where he spent a few years strolling around campus barefoot, gobbling psychedelics and talking about eastern philosophy. Immediately after graduating, he won another scholarship to do a masters in materials science and engineering at Penn State. It was here that he first developed his interest in libertarianism; a school of political thinking concerned with removing as much power from governments as possible and letting market forces run the world. The seeds of an idea that would later come to define his life had been planted and soon after collecting his masters, he started work on the early iterations of ‘Silk Road’. After a year of non-stop programming, Ulbricht’s dreams of creating an online market place, where anyone could buy and sell anything with complete anonymity, were realised. Unsurprisingly, criminals around the world jumped at the chance to peddle their wares on a platform with all the user experience perks of Amazon and Ebay and the site took off overnight.

In late 2011, with the platform’s user base still growing rapidly, Ulbricht moved to Bondi Beach, where he surfed and coded his days away, hauled up in his sister’s house. Stints living in LA and Texas followed, interspersed with regular surf trips to tropical locales around the world including Thailand and Costa Rica. 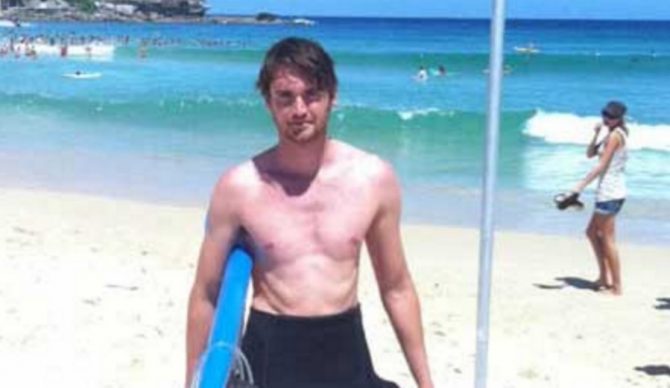 “Looking just like every other backpacker trekking through the islands around the Pacific Ocean, he stayed in youth hostels and ate noodles from roadside vendors.” writes Nick Balton in his book about Ulbricht’ life. “The only difference between him and the throwaway friends he met along the way was that they were mostly broke college students exploring the world before they moved back to America or Europe to get a job and settle down. Whereas Ross was surreptitiously running the biggest drug-dealing Web site in the world and was personally worth millions of dollars.”

Indeed, by the time he was arrested in 2015, Ulbricht had reportedly accrued a fortune of  $420 million from commissions on Silk Road transactions. There are allegations that he spent a fair whack of these takings on hiring hitmen to kill his enemies, however, they were never proven in court. “While portraying himself as a champion of ‘freedom’ on the Silk Road website, opposed to the use of any kind of ‘force’ against others, he was, in fact, a quite ruthless criminal,” claimed the US Attorney General who lead the prosecution.

Ulbricht’s family and friends have been campaigning ever since his conviction to have his sentence overturned on the grounds that life imprisonment is unthinkably harsh for a series of non-violent convictions. As of this year though, all possible appeal channels have been exhausted, meaning in all likelihood he’ll spend the rest of his days behind bars. His only hope now is a pardon from president Trump. You can read more about the campaign to make that happen on freeross.org/