GALLERY: Surfing In The Isle Of Wight – Storm Swells Under Chalk White Cliffs

Jutting out into the English channel, The Isle of Wight boasts a long stretch of coastline, peppered with good quality setups.

We recently caught up with local photographer and surfer Jason Swain to find out more about an often overlooked part of the UK, and show us some of his favourite images from its shores.

I’m Jason Swain, I live and work as a professional photographer on the Isle of Wight.

How did you get into shooting surfing?

Surfing and Photography are both big parts of my life and have been for a long time, and if you’re not actually surfing yourself, then the next best thing is watching and taking pictures of other people surfing (whilst you mind-surf the waves much better yourself)

What are the waves are like on the IOW?

We’ve got a nice variety of spots and waves, they’re often fun, occasionally they’re great, but I think if you’re being honest, you’d have to say that they’re inconsistent and not particularly powerful expect for the best winter swells.

For me, most of the action happens between October and March when the groundswells make their way up the channel and the SW facing beaches and reefs come alive.

There’s a great variety of spots and waves on the island if you’re prepared to explore and put the time in, but because as I’ve got older I’ve become busier with work and have less time for the search, and also I’ve become more fussy (ok- lazy), I’ll tend to wait for the clean swells to hit and surf the more obvious breaks with easiest (quickest) access.

But there’s a committed bunch of locals who’ll surf at many other spots all around the island in a variety of conditions all year round and they’ll tell you there’s some great waves to be found if you know where to look (but they’ll also not appreciate any of those spots being named or shown in photos as these spots aren’t crowd friendly). Good, there’s been an active surf community for many years (since the 60s) and the island has produced some good surfers over that time. There’s also a growing number of nippers and ladies in the line-up who have been introduced by the surf schools in the last few years so it feels like the community is growing and the future is in good hands.

The surf club is pretty informal and we don’t tend to hold too many comps on the island these days, but we’ve been sending a strong team to some the national comps in the last few years and there’s always a good turn-out of surfers helping with the beach cleans organised in conjunction with SAS.

But, just like everywhere else, as surfing popularity has grown, the well known breaks can get maxed out during the warmer months when those well predicted internet swells arrive.

This can lead to chaotic line-ups and occasional tensions with the usual grumbles about longboards and SUP’s and then there’s the problem with some of the newcomers showing a lack of surf-etiquette, but on the whole it’s a very positive and welcoming place to surf with people who appreciate how lucky they are to live and surf here.

But maybe because we’re not always blessed with the greatest waves on our own doorstep, travelling to explore great waves around the world is very much part of the surf culture here too, and you’ll find IOW surfers have surfed pretty much every corner of the planet and planning the next trip is often the favourite subject in the line-up or car-park.

What is your favourite thing about shooting there?

The ever changing moods of the sea, the beauty of the landscape, its a stunning place to live and work and i’m grateful to be here every day.

What is your scariest and most memorable moment from your time shooting?

The surfing can occasionally be a bit gnarly during the biggest winter groundswells, but on the whole it’s not a scary place to be, it’s one of the reasons I like it, if you want big-wave thrills you’ll need to look elsewhere, so scary isn’t the word I associate with IOW surfing, but when you’re lucky enough to be surfing one of those long awaited swells with just a few of your mates, it’s definitely memorable. 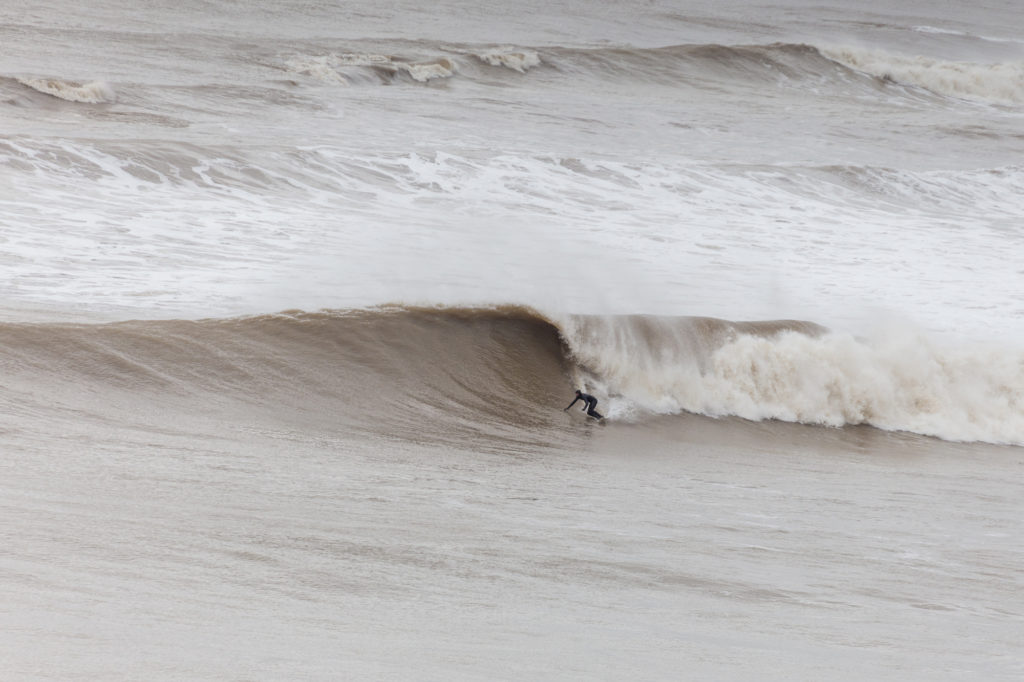 All photos Jason Swain. Check out more of his work on his website and his instagram here.