Home » Surfing In Malta; A Tiny Island In The Middle Of The Med

Surfing In Malta; A Tiny Island In The Middle Of The Med

Find out more about surfing in Malta

In 60AD a ship set off from Crete, sailing across the Mediterranean sea bound for Rome, with a crew of three hundred onboard, including Paul the apostle.

Two weeks into the journey fierce winds blew the ship off course and the sailors feared they would soon be dashed against the rocks. As night fell they dropped four anchors and prayed for the storm to blow over. When dawn broke the next day they spotted a land they did not recognise in the distance, with waves breaking into a large sand bay. With wind and waves still battering the ship, the cast it free and hoped to be blown to the bay. However, they soon became stranded on a sand bar where the boat was smashed apart by waves. The men jumped into the sea, grabbing hold of bits of floating wood and rode the waves to the safety of the sand, with all 300 crewmen surviving. Unbeknownst to them, the sailors had just discovered the island of Malta, and become the first people to surf a wave on its shores. 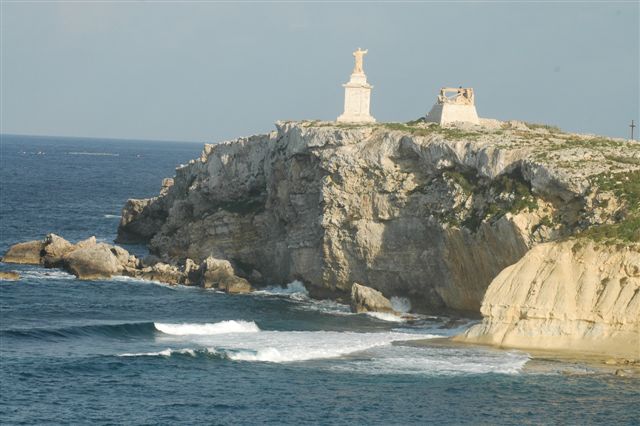 Almost two thousand years on and a small but dedicated crew continue to ride waves into Malta’s beautiful sand bays. To find out more about how surf culture has developed in the country we hit up Valerio Cicconi the owner of Malta Surf School, and the only ISA qualified instructor on the island.

When did surfing first begin in Malta?

Surfing in Malta started in ’70s & ‘80s with a group of locals skaters that got tired of just cruising around and smashing themselves on the concrete. There were already windsurfers, but they decided to get rid of the sail and add a leash, allowing them to become the first surfers on the island. Most of them fell in love with surfing and sometimes I still see them in the line up. I love their vibes and their attitude and sharing waves with them is like being a kid again. 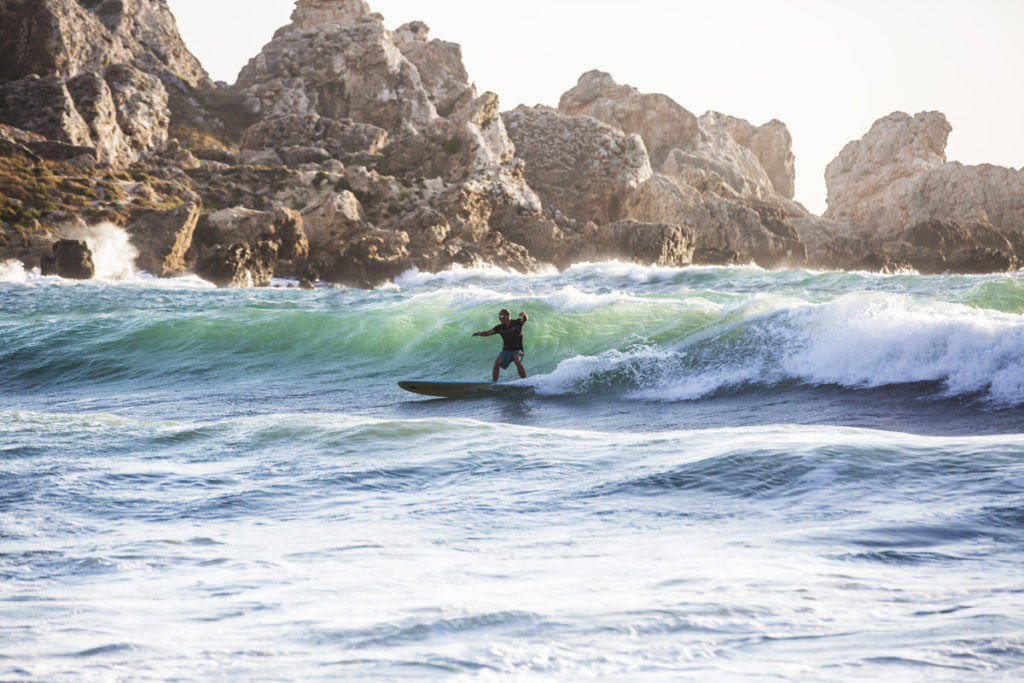 No not all. The population like the beach lifestyle but most don’t like the rough sea. People are always interested in surfing and often they want to try but then most learn that it’s a hard sport and not all of them they keep practicing.

Malta has a very large population for its size, if surfing were to properly take off in the country do you think there would be space for everyone?

It would become like the other surf destinations if it became popular, more surfers , more fun and as long as everyone understands the importance of surf etiquette then we won’t have a problem! 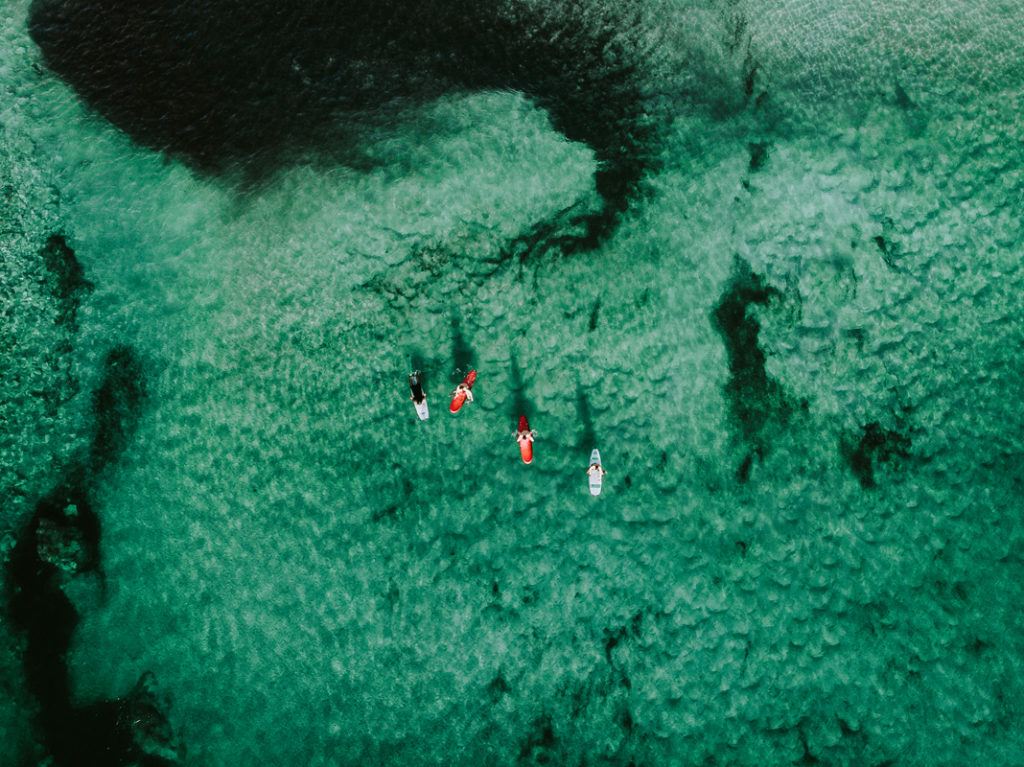 Is there a big crew of locals now? How do they feel about Malta being marketed as a surfing destination and you running a surf school there?

There’s a good small crew made up of people from all over the world. I’m still pushing for more people to fall in love with this amazing sport. I respect the locals and they respect me – my students learn the rules and respect all the old locals , I’m always present in the line up and if something goes wrong, I’m the first one to remind them of the rules and explain how to surf better and have a good attitude in the water. Plus repairing their board dings sometimes. 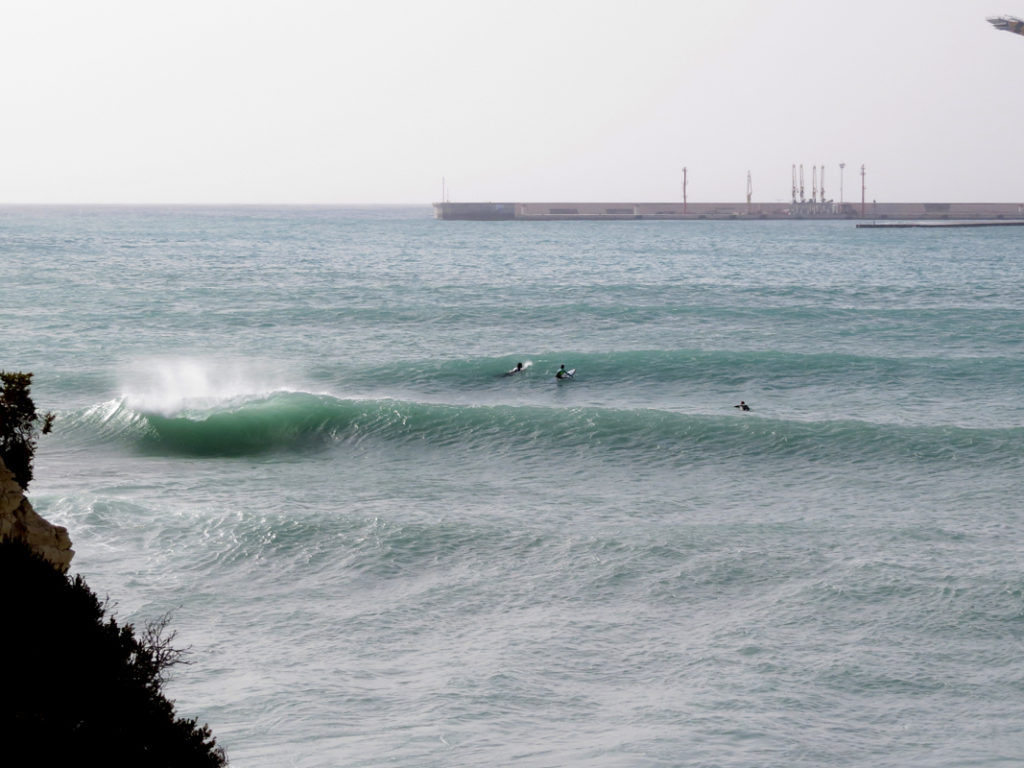 Can you tell me about the waves? What are they like?

Most of the time it’s on shore and choppy waves and if it’s too it’s big mostly closeouts. It’s usually best at the beginning of a swell. There are some really fun spots, for example Ghanj Thuffiha is my favourite spot when it’s big I love the right handers with a fast hollow double up section on the inside. The left is powerful and good for carves. Golden Bay in winter can get big, but it’s a tricky paddle out.

Is there much unexplored potential in Malta?

I think we surf every corner of the island, reef, sandy and point break , if there going to be more spots to discover I’m the first on it. I’m always ready for the Search.

You said some of the waves have been destroyed by the construction of hotels and pools, do you feel that the waves should be better valued as a resource?

The human species have the power to do what they want, the waves are a natural resource and we have to respect, live with and enjoy nature and not just concrete over everything. 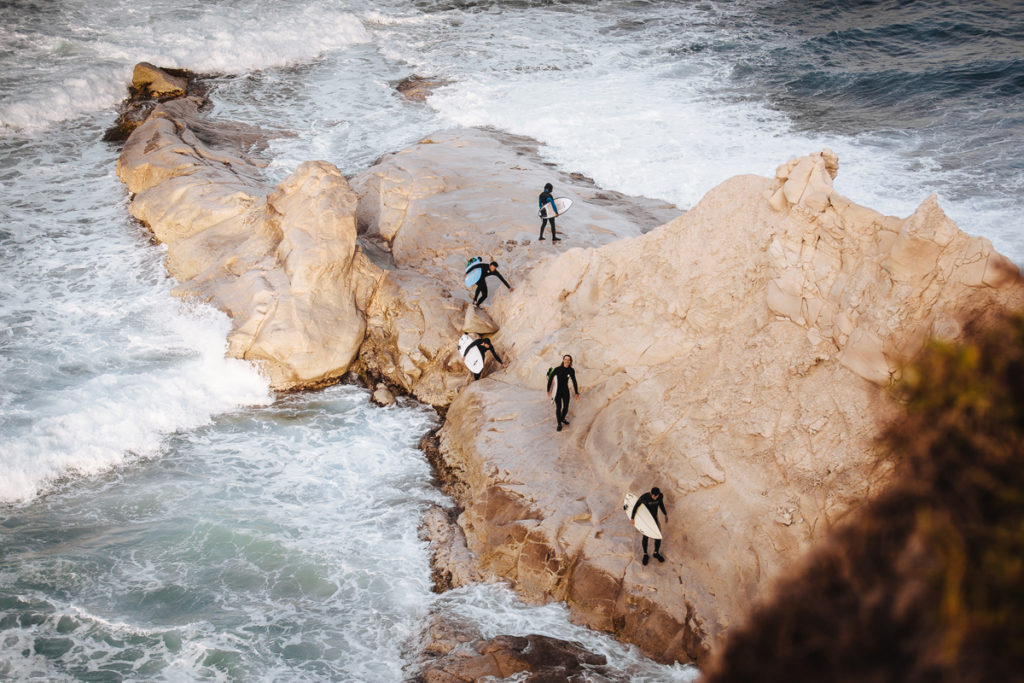