The Best Wavelength Print Features Of 2021

This year sees Wavelength celebrating our 40th year in print and while much has come and gone since those early days, we remain as committed as ever to creating quality compendiums of surf culture you can hold in your hands.

Our 2021 volumes contained over 280 pages of long-form stories and beautiful imagery, from local eccentrics and underground chargers to innovators and global icons, as ever, we set out to source timeless, entertaining and thought-provoking tales from the full spectrum of the wave-riding world.

To round out the year we’ve pulled together some of our favourite features from Vol. 260 and Vol. 261 to summarise for you here. Think of it as an annual ‘greatest hits’ – or a winter reading list if you’d prefer. You can still grab both editions from the Wavelength Shop, along with many more back issues from our archive. Or better yet, you can subscribe now, receive our latest volume straight away and ensure all future editions find their way onto your doormat the minute they land. To welcome new subscribers on board, we’ve got a whole range of free gift options currently live, from free Tony’s Chocolonely to free socks from Stance. Browse them all here. Now, on with the show. 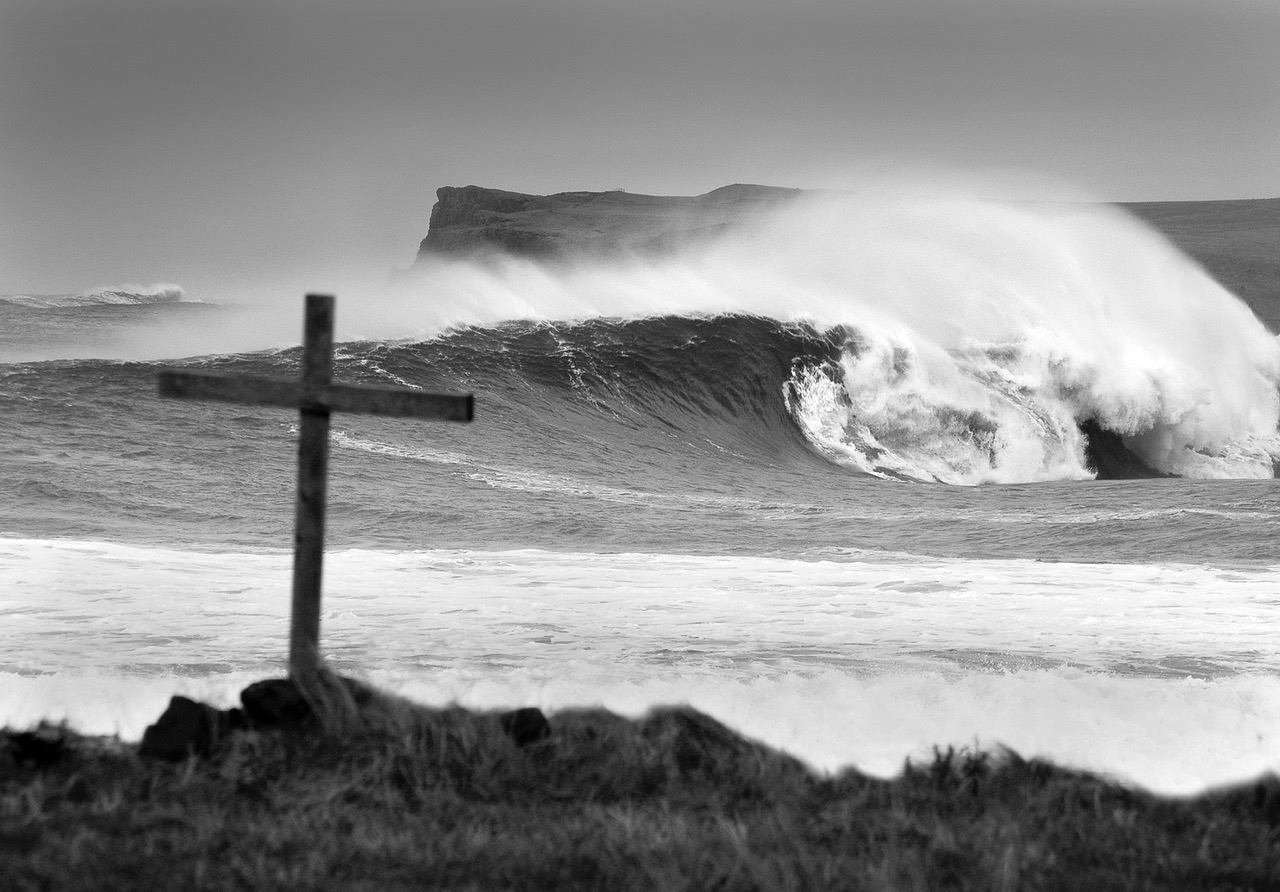 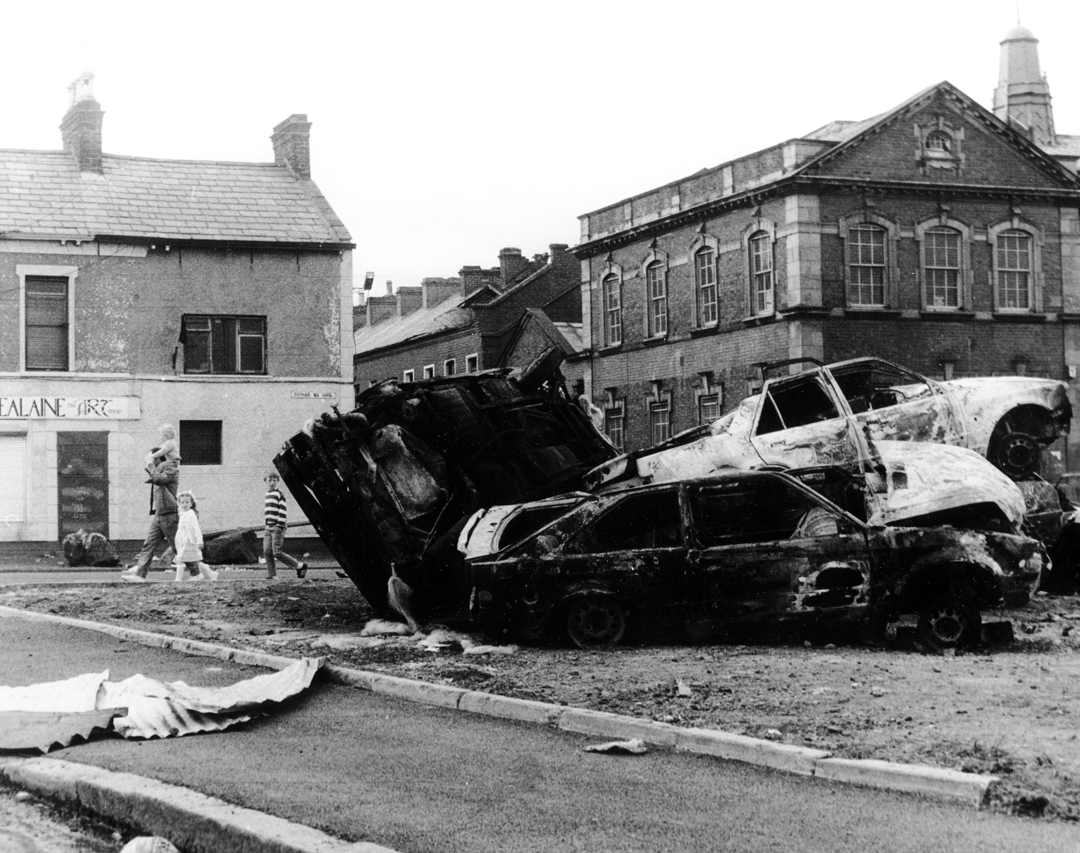 
In Vol. 261, editor Luke Gartside caught up with Richie Fitzgerald – decorated big wave pioneer and passionate part-time historian – for a discussion about surfing during the period of intense violence that rocked Northern Ireland and its borderlands from the late ’60s until the end of the century.

Although the island’s surf-cultural epicentre shared the same geographical confines as the conflict – and the community was made up of surfers from both sides of the divide – the prevailing narrative has always been that the two were kept entirely separate.

In the interview, Richie dives deep beneath the surface of the issue, drawing on a wealth of insight and anecdotes to build an enlightening picture of Irish surfing’s cultural fabric and shed light on how exactly the community managed to prevent any sectarian strife from seeping into the lineup. 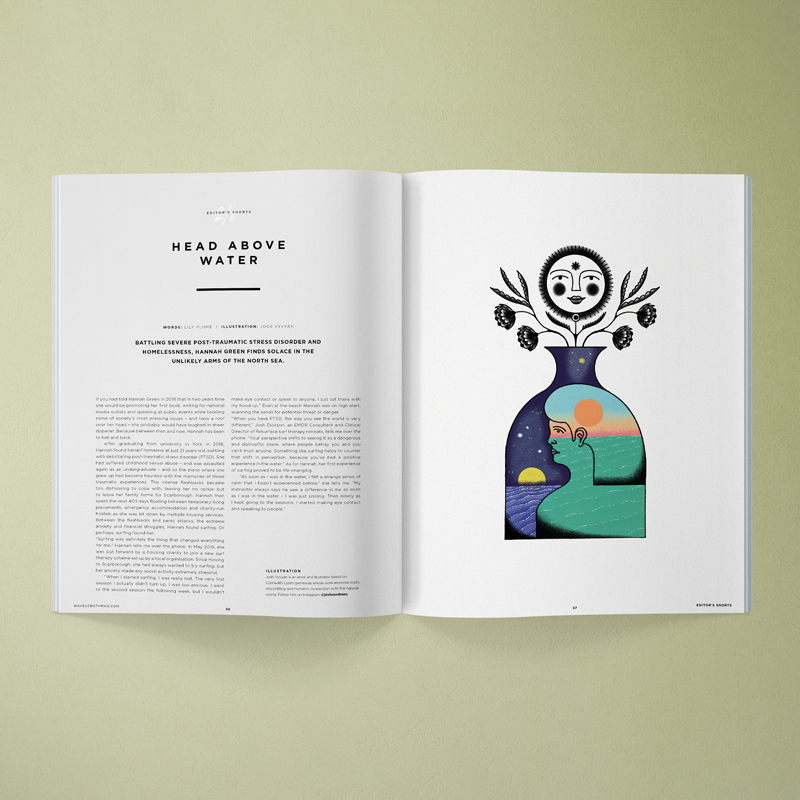 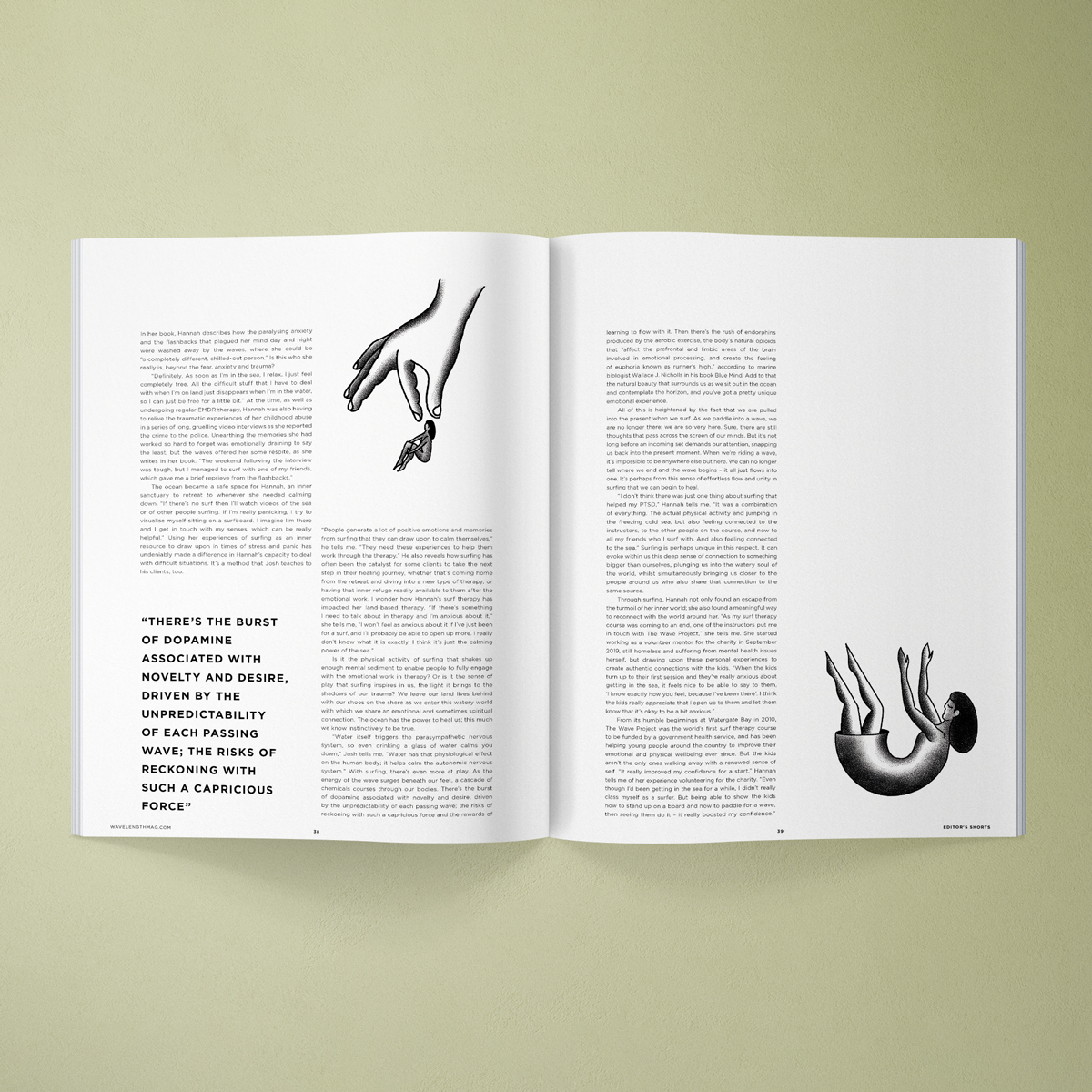 
In Vol. 260, Lily Plume explores the transformative power of surfing through the story of Hannah Green, a woman from Scarborough who was left homeless and experiencing severe PTSD following multiple instances of sexual abuse as a child and young adult.

The feature charts her journey, from living in temporary accommodation to finding solace in the arms of the North Sea and eventually getting back on her feet with a place of her own and a bourgeoning career as a journalist and activist.

Drawing on analysis from Josh Dickson, an EMDR Consultant and Director of Resurface Retreats, Lily weaves together Hannah’s personal experiences with the broader research around the therapeutic effects of wave riding, chronicling the myriad ways immersion in a surfing life can help with the processing of personal trauma.

Photos: Federico Vanno & Laurent Masurel from the book Line up


In Lines Of Enquiry, Billy Wilson contemplates the complex, transient, inscrutable nature of the surfing playing field. “Cresting the sand dune,” he writes, “I usually feel less like Bruce Brown or stout Cortez and more like the thwarted detective, once again arriving moments too late at the scene of the crime.” However, Billy’s professed lack of wave finding skills are quickly overshadowed by his array of esoteric surf, historic, geographic and philosophical knowledge, which he draws on liberally to pick a thread through the piece.

In fact, we’d hazard there are few other features (in this or any other publication) where you’ll find an account of alfresco ablutions released on a mushroom trip alongside the ruminations of Marx, Budha and ancient Hebrew scholars. But such is the breadth of references required to plot a course through this most complex of subjects. It’s highbrow-lowbrow at its finest and witty till the last. 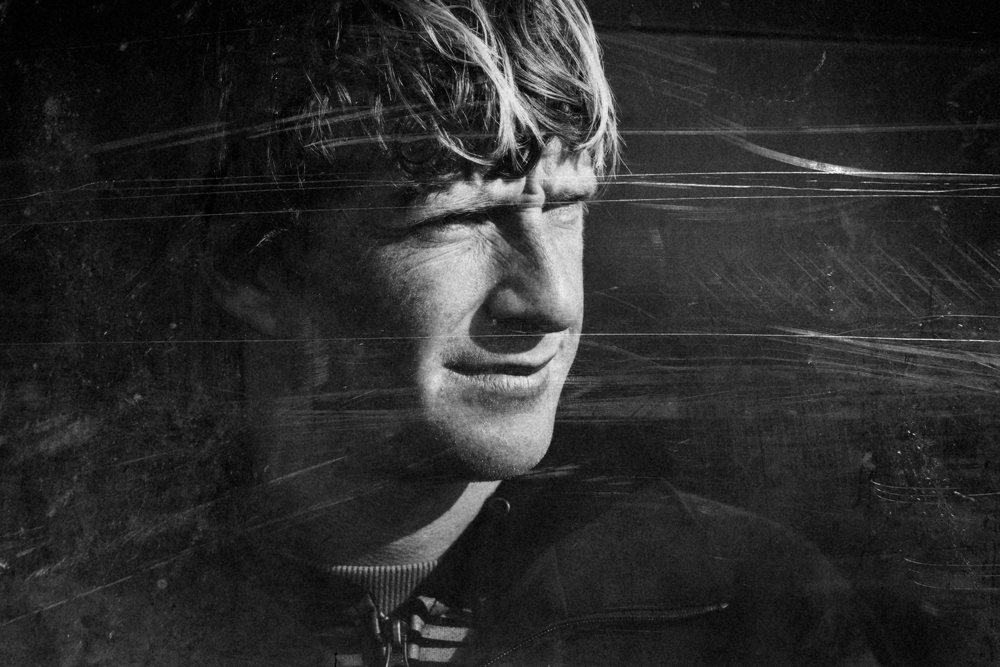 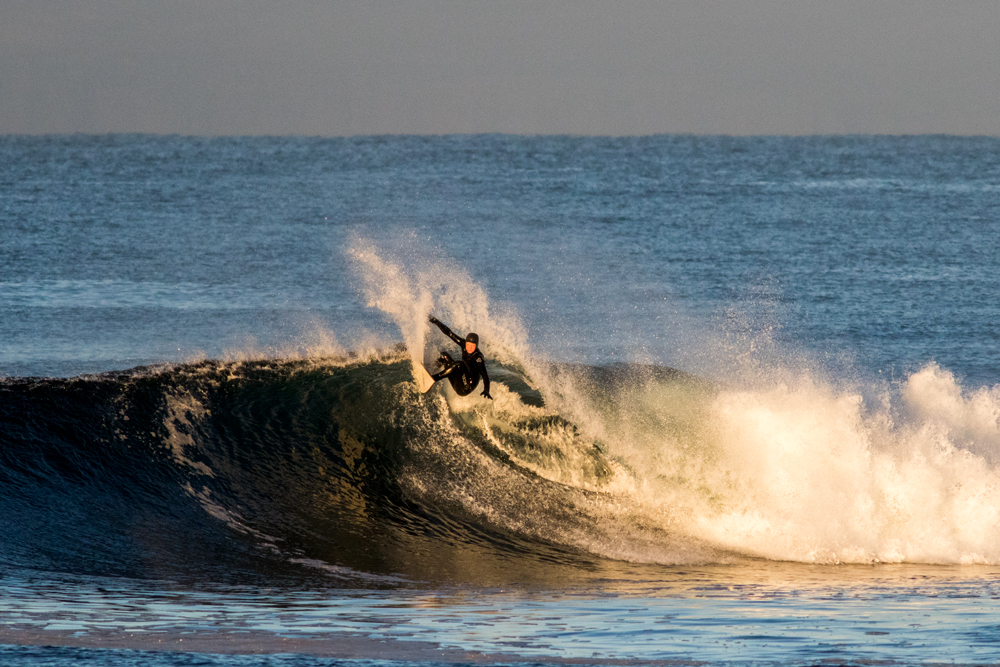 
The enigmatic Mark ‘Scratch’ Cameron served as our profile star in Vol. 260. Seven times Scottish surf champion, lifelong teapot collector and raconteur plus, more recently, the first man ever to swim across the Pentland Firth – an endeavour inspired by a strange and tragic event in his personal life. Comprised of all sorts of colourful tangents, the piece serves as a vivid portrait of one of Britain’s finest surfing eccentrics and the community he inhabits, masterfully crafted by the northern nation’s finest surf writer, Jamie Currie. 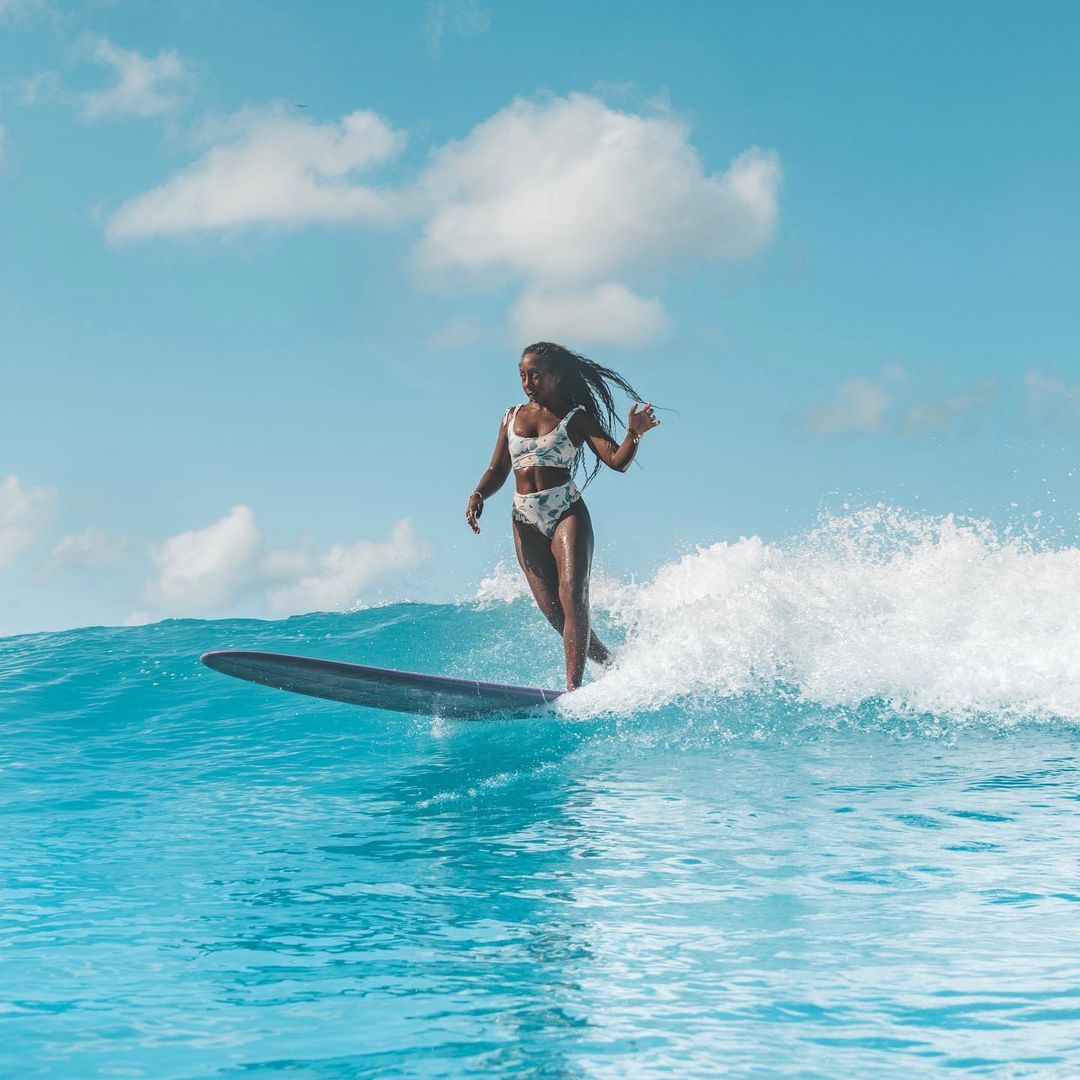 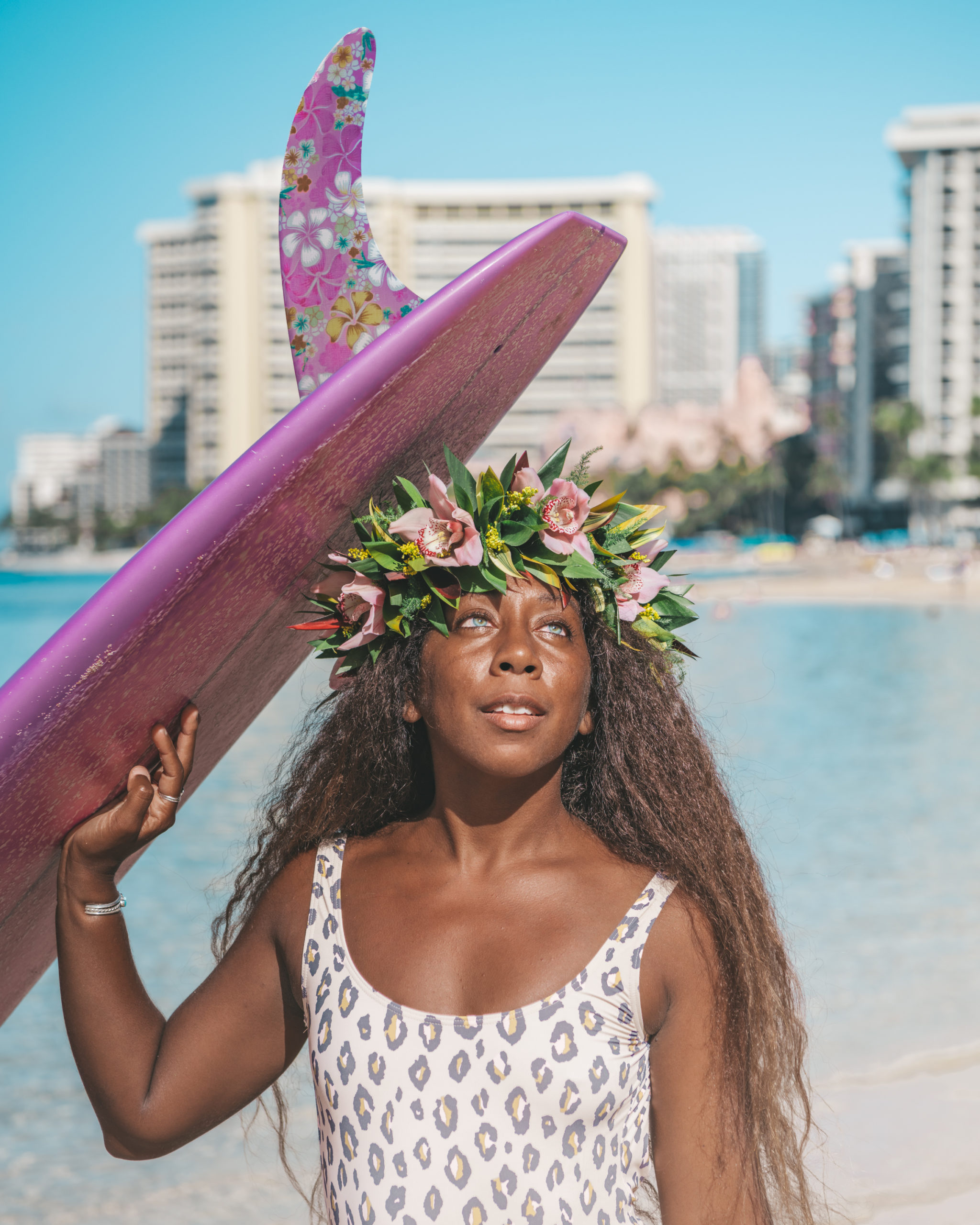 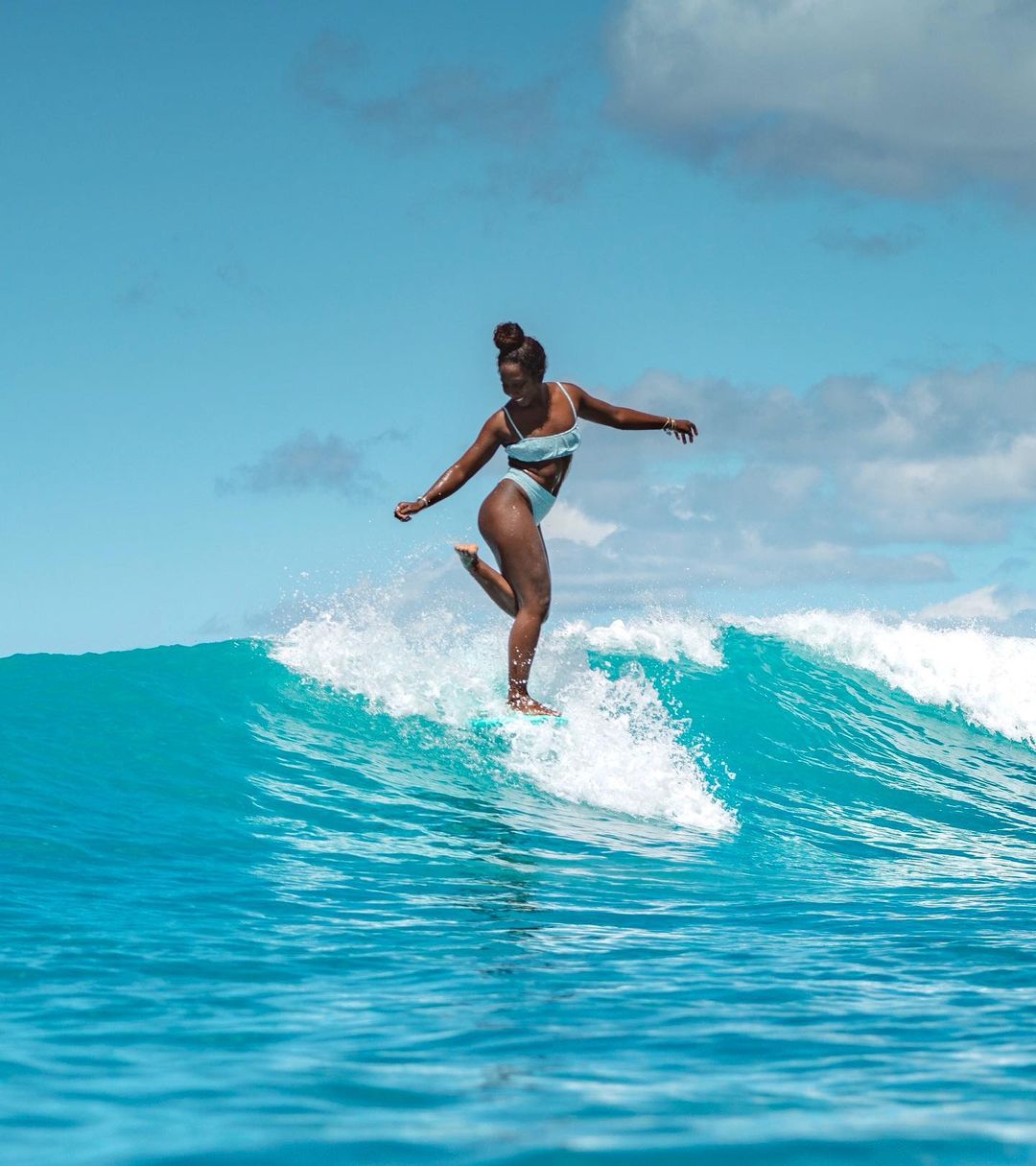 
Nique Miller spent her early years running track in Texas and navigating the challenges of growing up bi-racial on the US mainland. Then, in her early 20s, she moved to Hawaii, discovered surfing and her life changed forever. In Vol. 260, Sophie Everard catches up with Nique – now a world-acclaimed longboarder with a major sponsor, numerous magazine covers and a 230 thousand strong following to her name – to dig past the smiling insta persona for a candid conversation about talent, tenacity, prejudice and the surf industry wake-up call delivered by the Black Lives Matter movement. 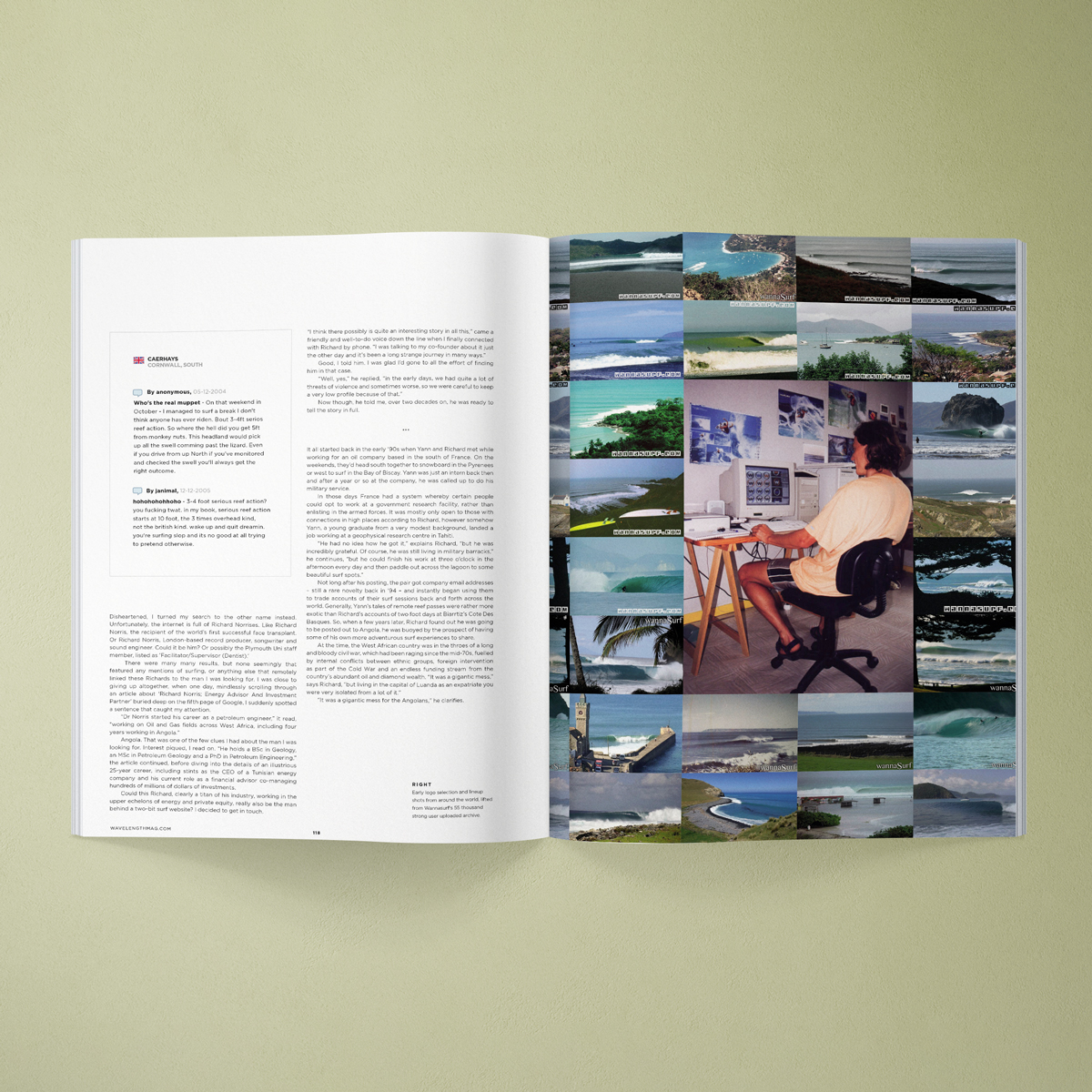 On The Origins Of Wannasurf


In Vol. 260 Luke Gartside sets out to discover the origins of the internet’s earliest, oddest and most comprehensive surf guide to learn what inspired its creation and why it appears to be stuck in a time-warp from circa 2007.

The investigation led to many unexpected places, from an oil rig off the coast of war-torn Angola, via Tahiti and finally to the unlikely creator of the site, who shared the intriguing account of what happened when his dream to democratise our collective spot knowledge collided with the parochial surf culture of the early naughts. 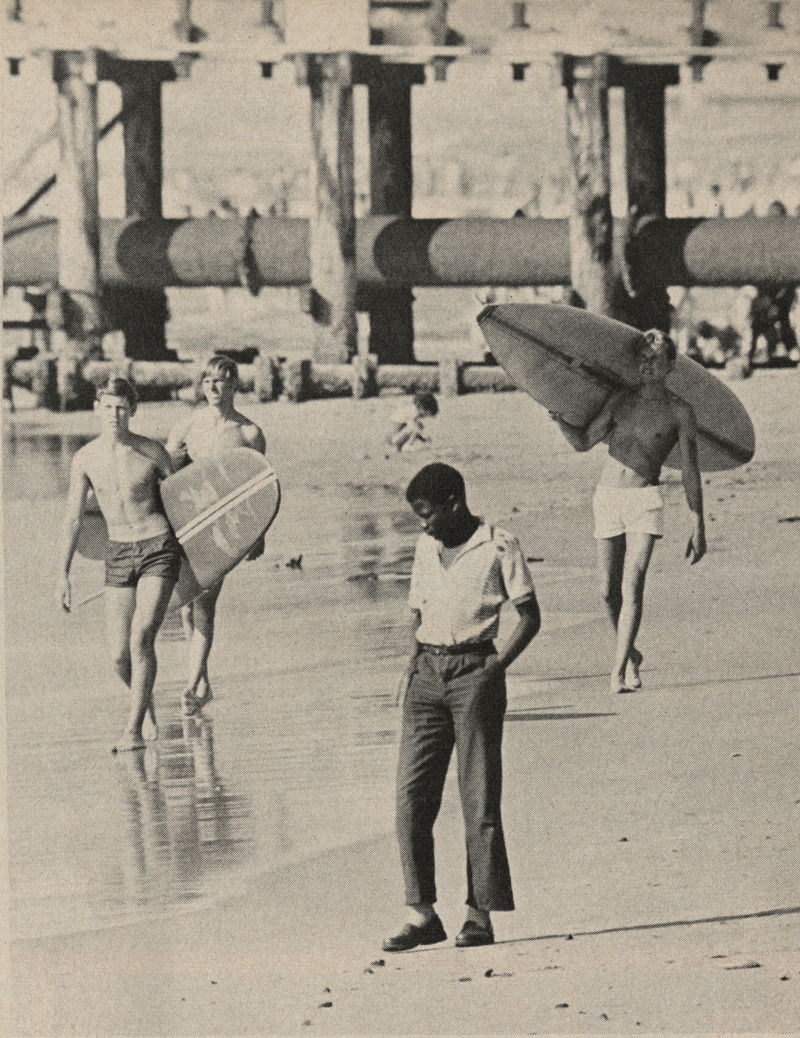 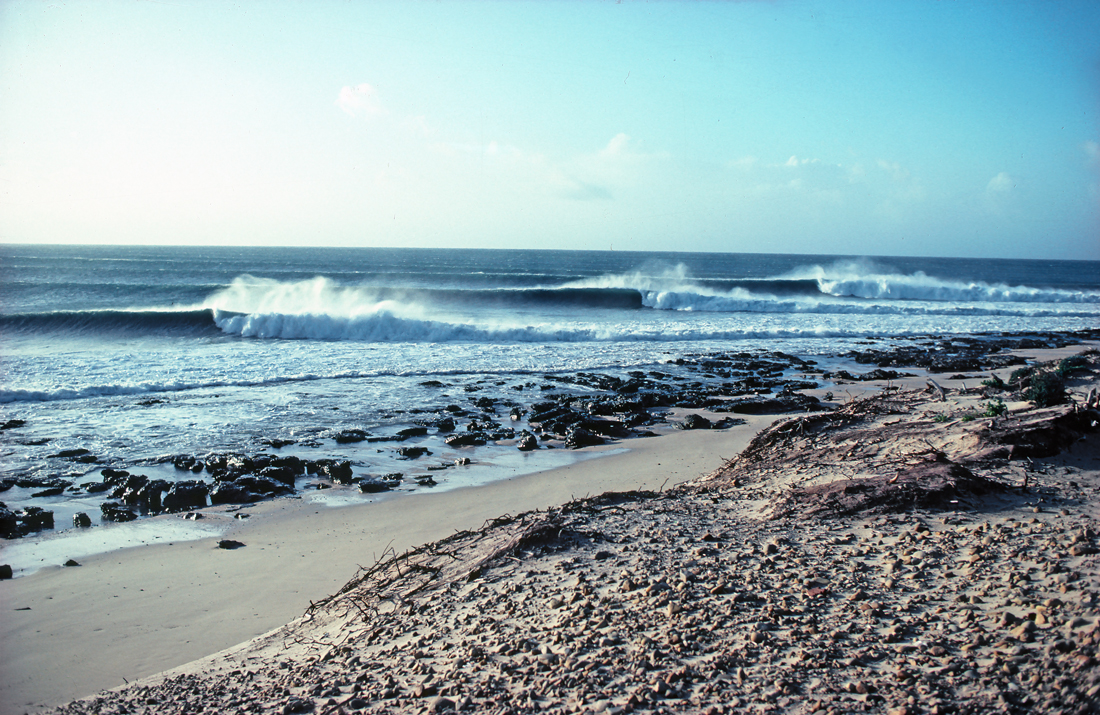 Turning The Tide On Apartheid


This essay, taken from the excellent Empire In Waves by Scott Laderman and published in Vol. 261, features a forensic exploration of the surf world’s reaction to apartheid. From a chronicle of the furious backlash that faced surf publishers who dared bring the subject to the fore in the ’60s and ‘70s to the high profile boycott undertaken by three of the world’s most famous surfers in the late ‘80s, it’s meticulously researched and endlessly enlightening, with takeaways that far transcend the subject matter. 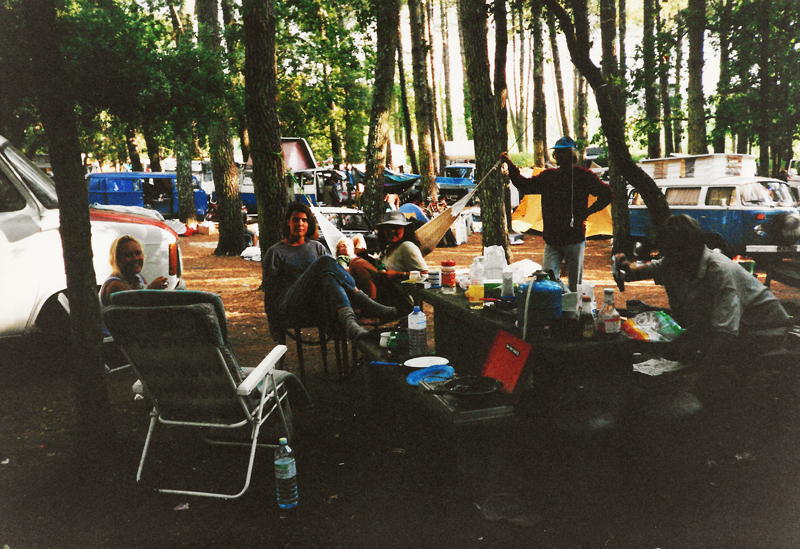 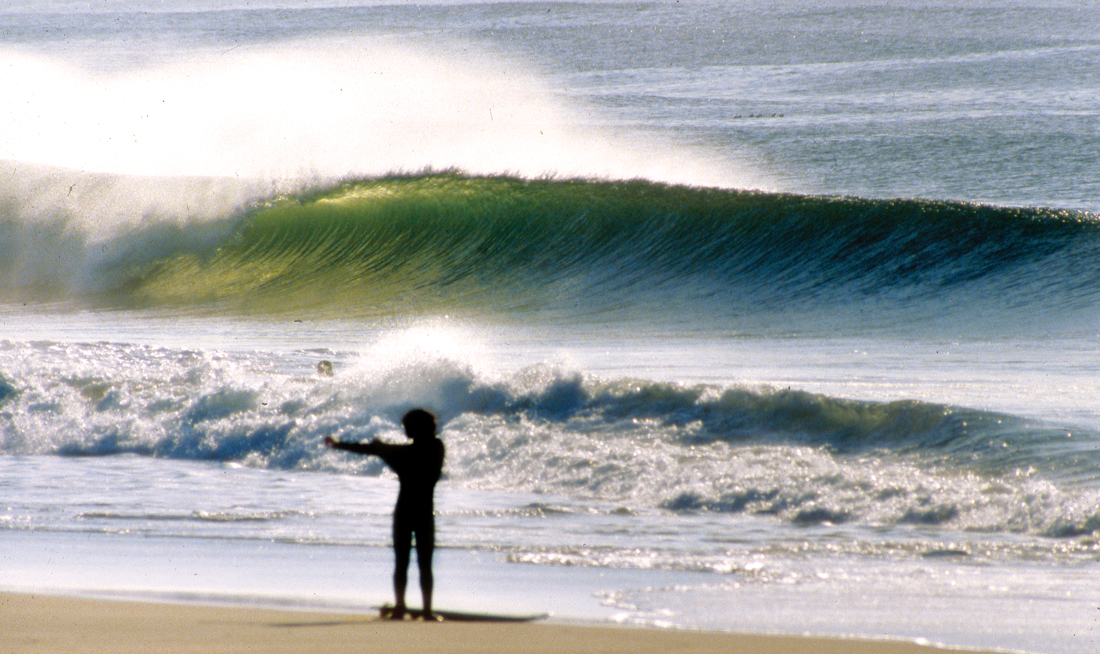 
In Vol. 261‘s Wood Wide Web, Paul Evans examines the halcyon days of an impromptu surf commune, forged in a French pine forest in the early ’90s. Inhabited by a cast of surf legends, travellers, miscreants and misfits, the story charts the creation, rise and ultimate demise of the place through the first-hand accounts of those who lived it. 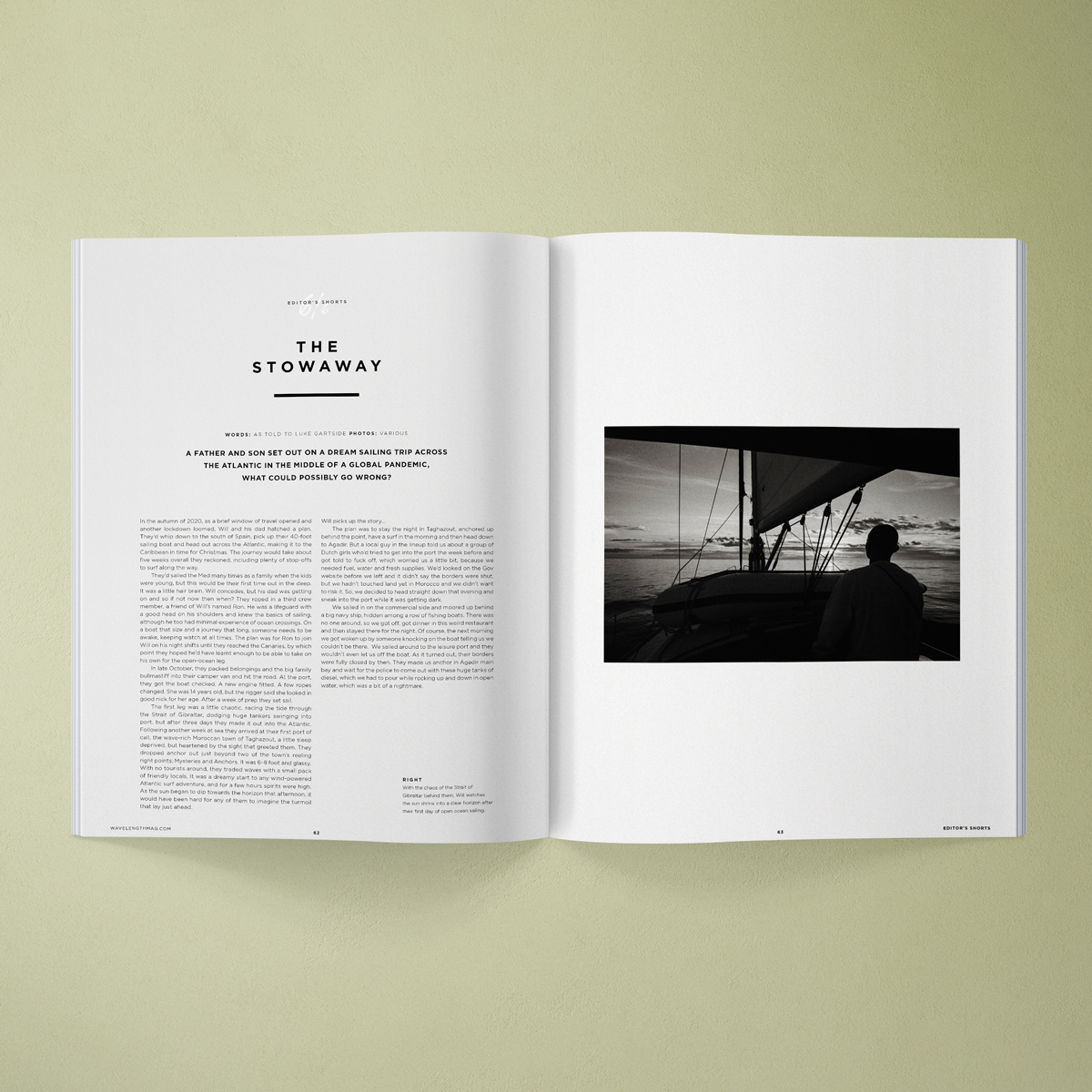 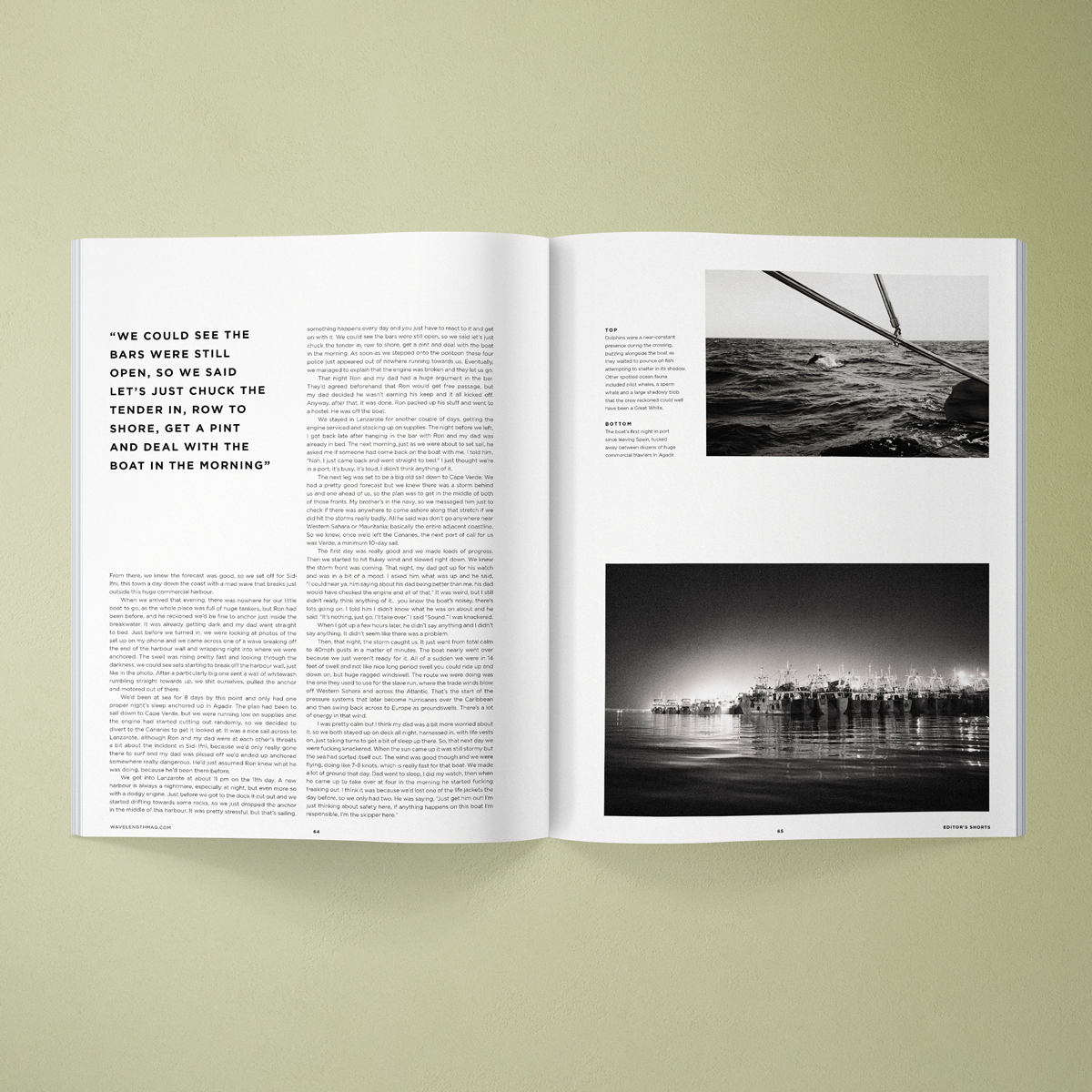 Photos courtesy of the author


In The Stowaway, we tell the stranger-than-fiction story of a father and son sailing trip across the Atlantic that goes drastically wrong.  It’s a wild tale featuring an open-ocean standoff, a bullmastiff in a homemade harness and a shipwreck in West Africa that’s likely to leave you contemplating the delicate relationship between perception and reality and sure to leave you weary of making good on those plans for an ocean crossing sail-powered surf trip anytime soon. 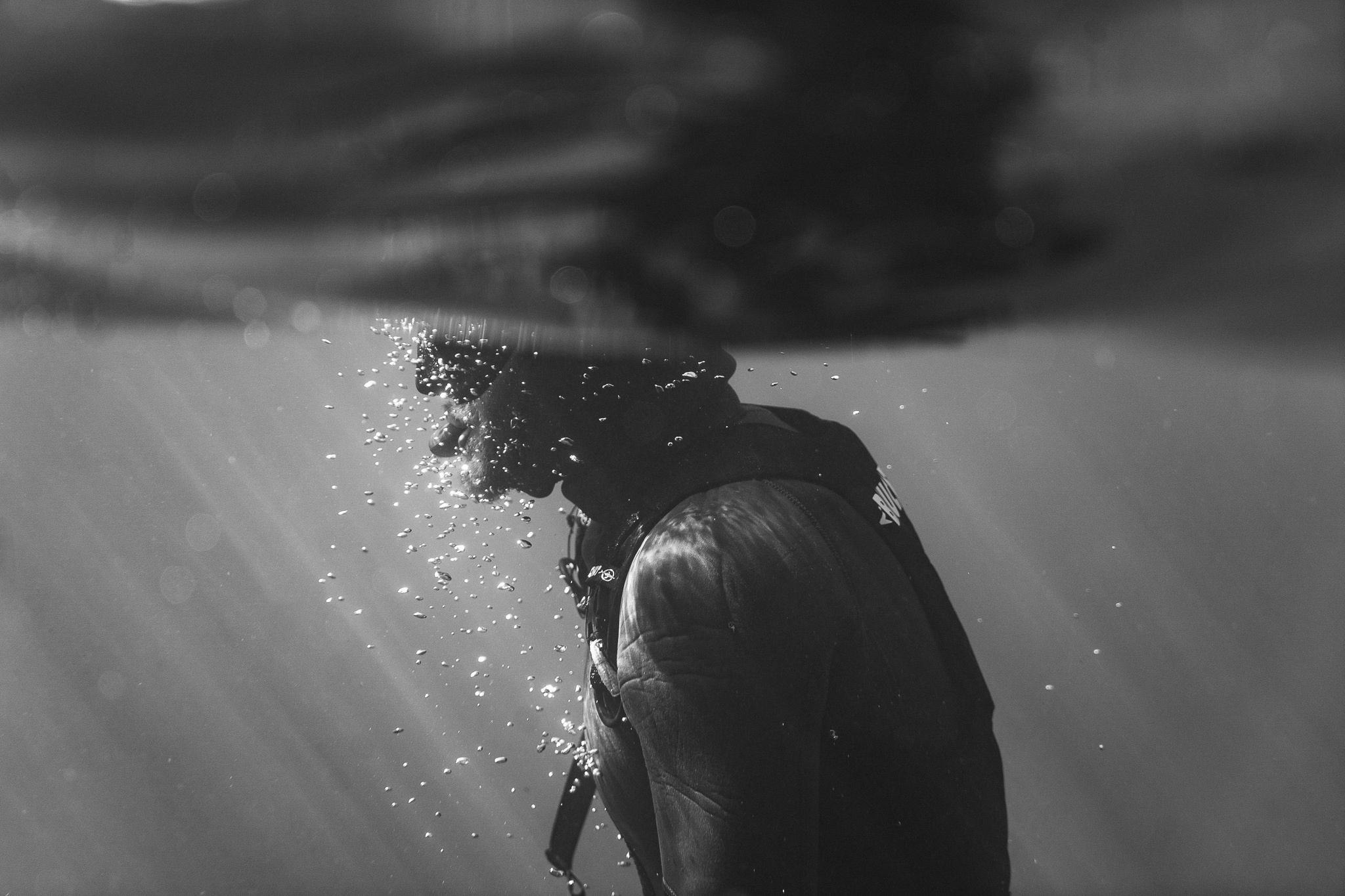 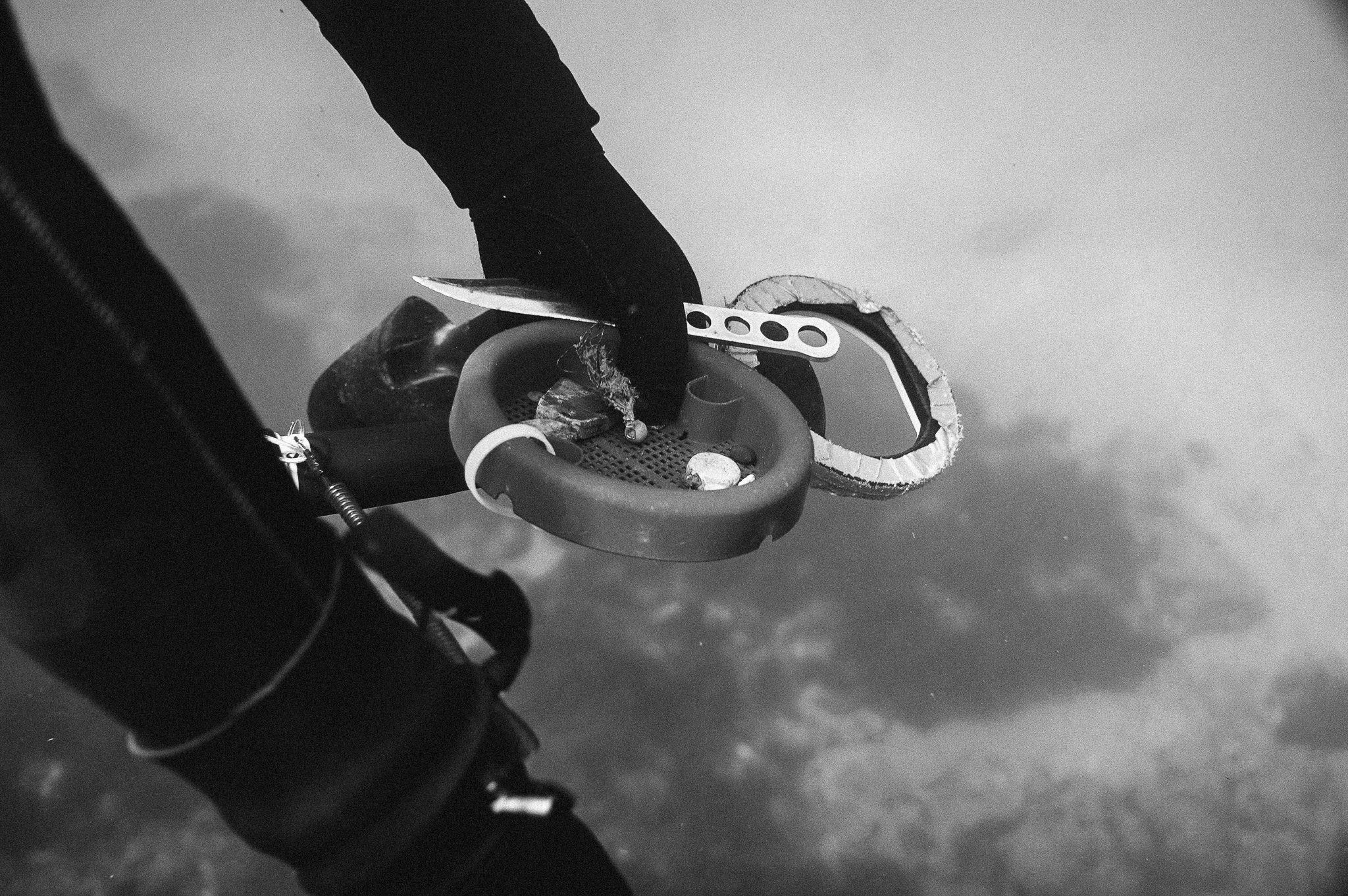 
For Vol. 260, Paul Evans escaped the mid-winter sand blown bogs of Hossegor and struck out for the bright lights of Biarritz, where an underground local surfer and spearfisher has embarked on a mission to rid the sea of metal contamination, one lead fishing weight at a time.

Tom Flambeaux’s Plombkemon Challenge is a call to action for spearfishers across France and around the world to help clear up our ocean playgrounds. While the plastic pollution on the sea surface and on our beaches quite rightly remains in the media spotlight, Tom hoped to do something about the silent, hidden threat of lead, a highly toxic heavy metal, he found in almost every rock pool near his home in the Basque resort.

Browse our back issues here and subscribe today to never miss an issue.