Home » The British Women On A Competitive Tear

The British Women On A Competitive Tear A trio of Brits have been quietly lodging some stellar results in comps around the world over the last few months. Full story here:

After over a decade with very few results to write home about, British surf fans would be forgiven for letting their attention drift away from the tedium of the Euro QS circuit.

It’s a grind to be on, and for the most part, a grind to watch. The only saving grace for spectators when the waves are 2 foot and lacklustre, as they so often are, is someone to cheer for. Unfortunately, for us Brits, there have been remarkably few instances were that opportunity extends past the early rounds in recent years.

Despite this, here at ‘Length HQ we’ve kept our eyes firmly trained on the webcasts and heat sheets and over the last few months, we’ve witnessed an exciting shift, spearheaded by a trio of British ladies.

First, Peony Knight landed a third-place finish in at the QS in Senegal, storming her way to the semis in rippable head high waves before missing out on a spot in the final by just .7 of a point. 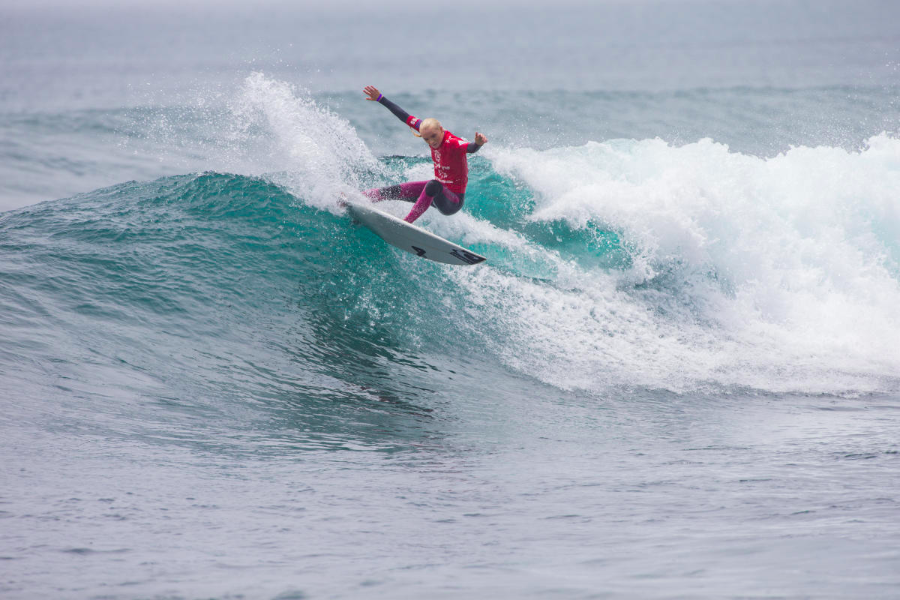 Peony on her way to a 3rd place finish in Senegal. Photo Lauren Masurel // WSL

Then earlier this month, Ellie Turner- after an uncharacteristic stumble in Tenerife– kicked off her Euro campaign in earnest with a string of stellar results in Portugal. First up, she lodged a 2nd at the Junior Pro in Espinho before following up with a 2nd place in the QS event in Caparica.

The former result for the 17-year-old from Bude, who is in her final year on the juniors, constitutes a strong turnout, but the latter is proper exciting. On her route to the final, she took out a slew of Europe’s top up and comers, before finally falling short to ex-CTer Pauline Ado in the final. If Ellie can capitalise on these results and keep developing her surfing at the rate she has been over the last few years, there’s no doubt she can transition into the adult ranks full-time next year and have a serious shot at making the primes.

Finally, Crantock based super-grom Lauren Sandland took out a big win at the ‘Matta Game On’; an invitation-only comp which sees all the best under 13’s in Europe battle it out for board sponsorship in Caparica. 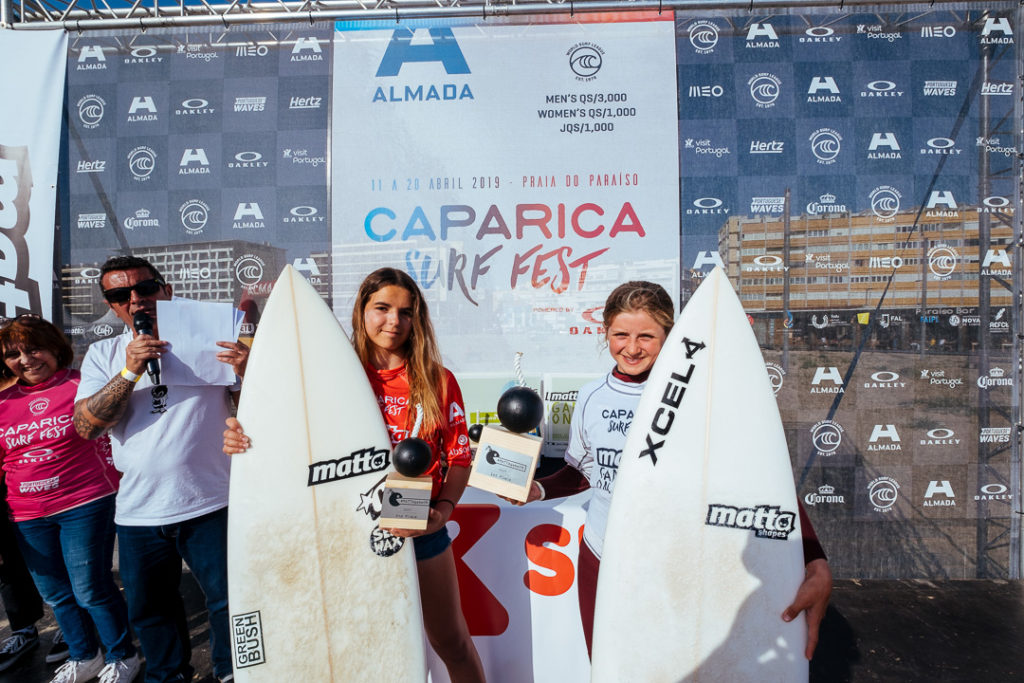 Lauren on the podium after her win at the Matta Game On comp. Photo Matta

While her name may be unfamiliar to those outside of Newquay who dont see her out shredding on the reg, from where we’re sat her future looks very promising. She’s super dedicated, is already getting some good travel time under her belt and looks to have ample support.

Now, there’s no doubt pro surfing is a long and slippery ladder and while this trio are killing it on their respective rungs, dreams of the dream tour are still a long way off.

However, there’s broad consensus in our sport that a prerequisite to the future competitive success of any nation is local and national role models. And right now, young British girls have an inspiring bunch to choose from, no matter what style of wave riding excites them, and that certainly fills us with optimism for the future of women’s surfing in our fair isles.

More like this:
British Women’s Success Stories Are Not Being Told. It’s Time To Rectify That.
WATCH: An Indo Winter Highlight Reel With Ellie Turner
WATCH: Peony Knight In A Quick Edit From Tropical Paradise