The Stories Of Jack McCoy’s Most Exciting Surf Discoveries

In current times, it’s hard to resist feeling a nostalgia for the heady days of global surf travel.

So, we’re encouraging you to indulge it enthusiastically with our ongoing series of discovery stories from some of the world’s most prolific surf explorers, running all this winter here on the Wavelengthmag.com

The first edition featured Martin Daly and today we’ve got Jack McCoy, described by many as the world’s premier surf filmmaker, with a career spanning over 4 decades. 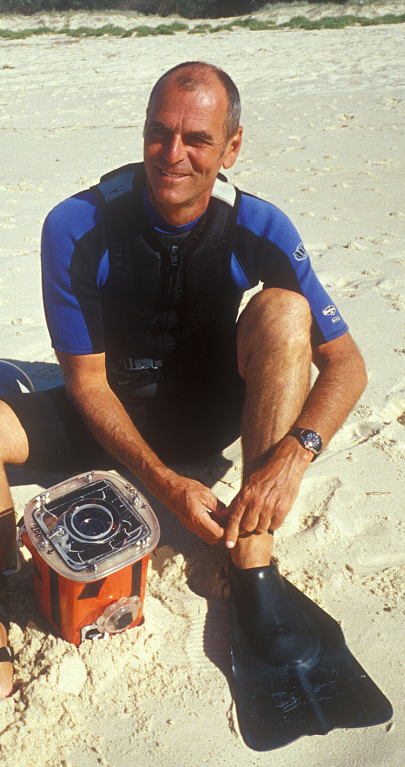 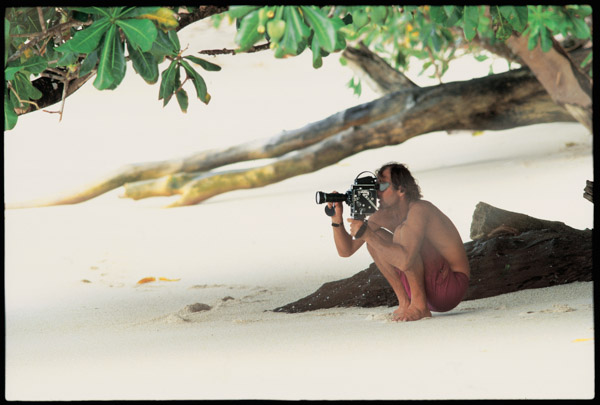 Photos: (L) via sportshutters & (R) By Art Brewer via EOS

Born in LA and raised in Hawaii, Jack spent his youth organising surf film screenings, before moving to Australia in the early ‘70s to shoot stills and write stories for Tracks. He discovered the wonders of Bali’s Bukit before the masses, coaxing Gerry Lopez and Jeff Hakman out for their first trip in ‘74 with a photo of an Uluwatu spinner pinned to the wall of his restaurant. Soon after, Jack swapped his stills camera for 16mm film and after a year of trips around Aus, Hawaii and Indo alongside fellow lensman Dick Hoole, released the critically acclaimed In Search Of Tubular Swells.

For the next three decades, he travelled the world, producing over a dozen highly celebrated surf films. Notable missions included a sailing trip exploring remote surf spots throughout the South Pacific in ‘89. A trip into West Aussie wilderness where he helped pull together and capture a one of a kind surf contest in ‘95. And, a trip to Tahiti in 2000, where he filmed from the channel as Teahupoo’s big wave potential was unveiled by Laird Hamilton’s Millenium Wave. 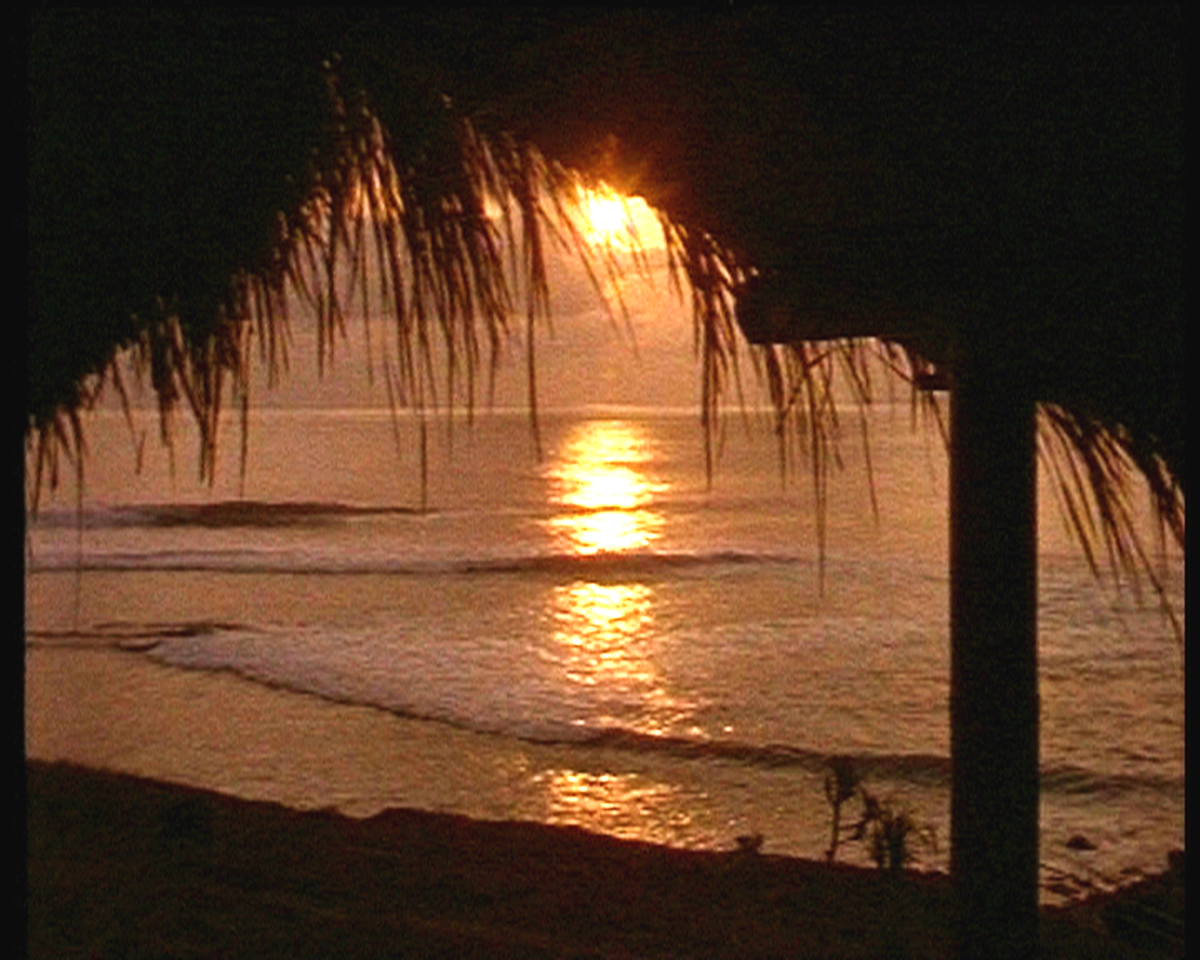 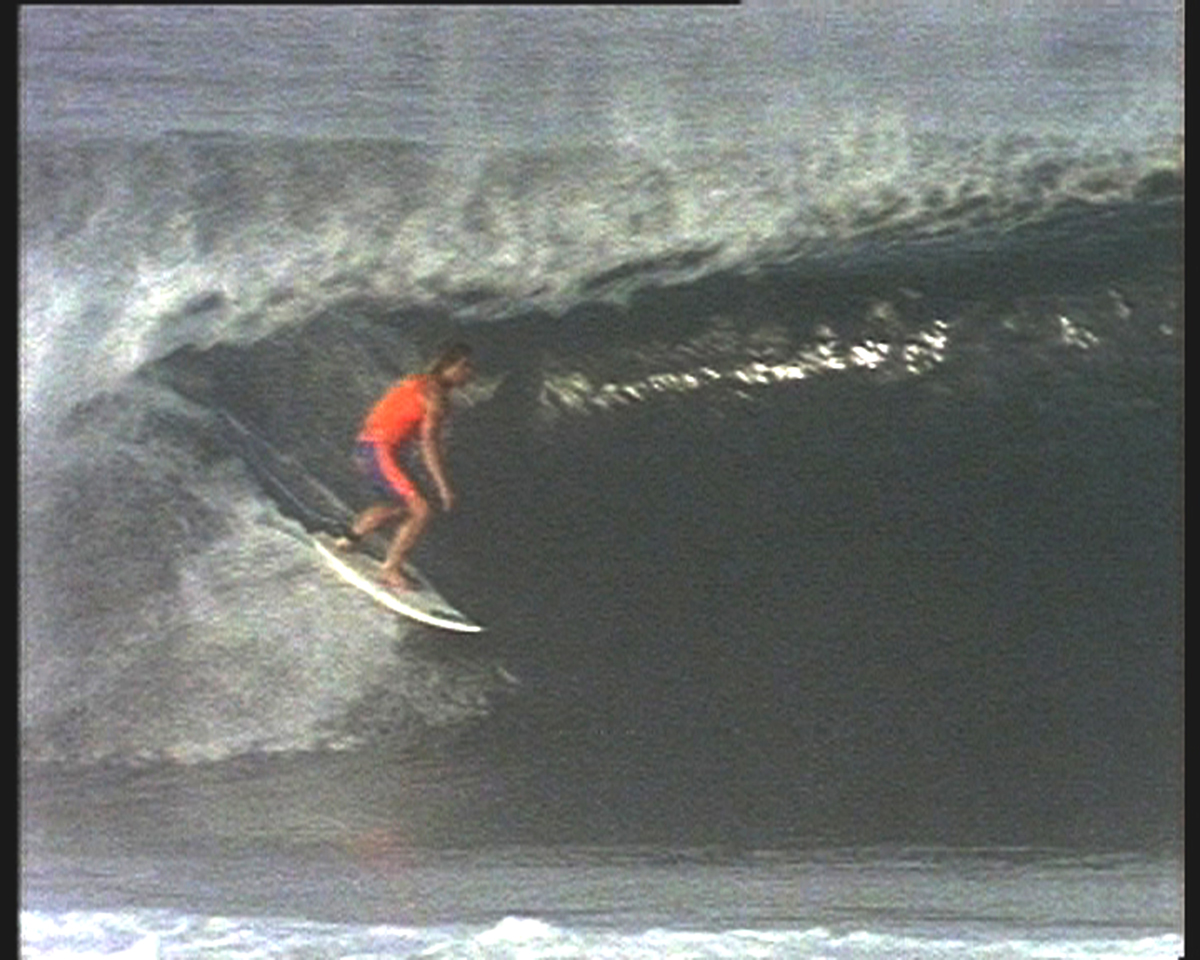 Photos: From the Jack McCoy’s The Green Iguana. Click here to watch the GI and 25 more of Jack’s films.

However, none of these featured when we asked about his most electrifying surf discoveries. Instead, he reached first for the story of Occy’s Left, the picture-perfect wave on Sumba’s west coast, made famous by its feature in the bonus section of Jack’s film Green Iguana.

“I went with Claude on his second trip there,” says Jack, referring to Claude Graves who discovered the wave in ‘88 and subsequently built the now world-famous Nihi Sumba resort. Back then, he’d just bought the land on the point and enlisted the legendary filmmakers help to create some promotional material for the proposed development. During the trip, Jack and legendary shaper Jim Banks scored a flawless session straight out front. “It was 6-8 feet, just absolutely amazing,” he remembers.

So, when then Billabong execs Bob Hurley and Gordon Merchant called him up to tell him they had loved his recently completed film ‘Bunyip Dreaming’ so much they wanted him to start work on the follow-up, his mind went straight to Sumba. He booked flights for his wife and six-month-old son and summoned Occy to join them.

“The surf was funky for two weeks,” he says of the trip. “Claude and my wife and son all went back to Bali and only Occy and I stayed. I never liked leaving until I get what I came for.”

“I was shooting land and water every day, all before the noon onshore showed up,” he continues. “Busy as a bee, as they say.”

The pair hung around for almost three extra weeks to get the footage, which Jack says features the wave about as perfect as it gets, unveiling it to the world and seeing it dubbed in Occy’s honour forevermore. 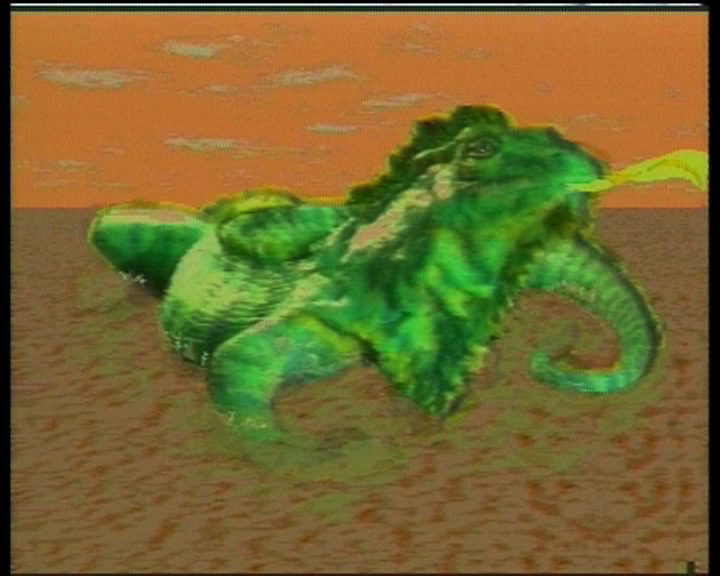 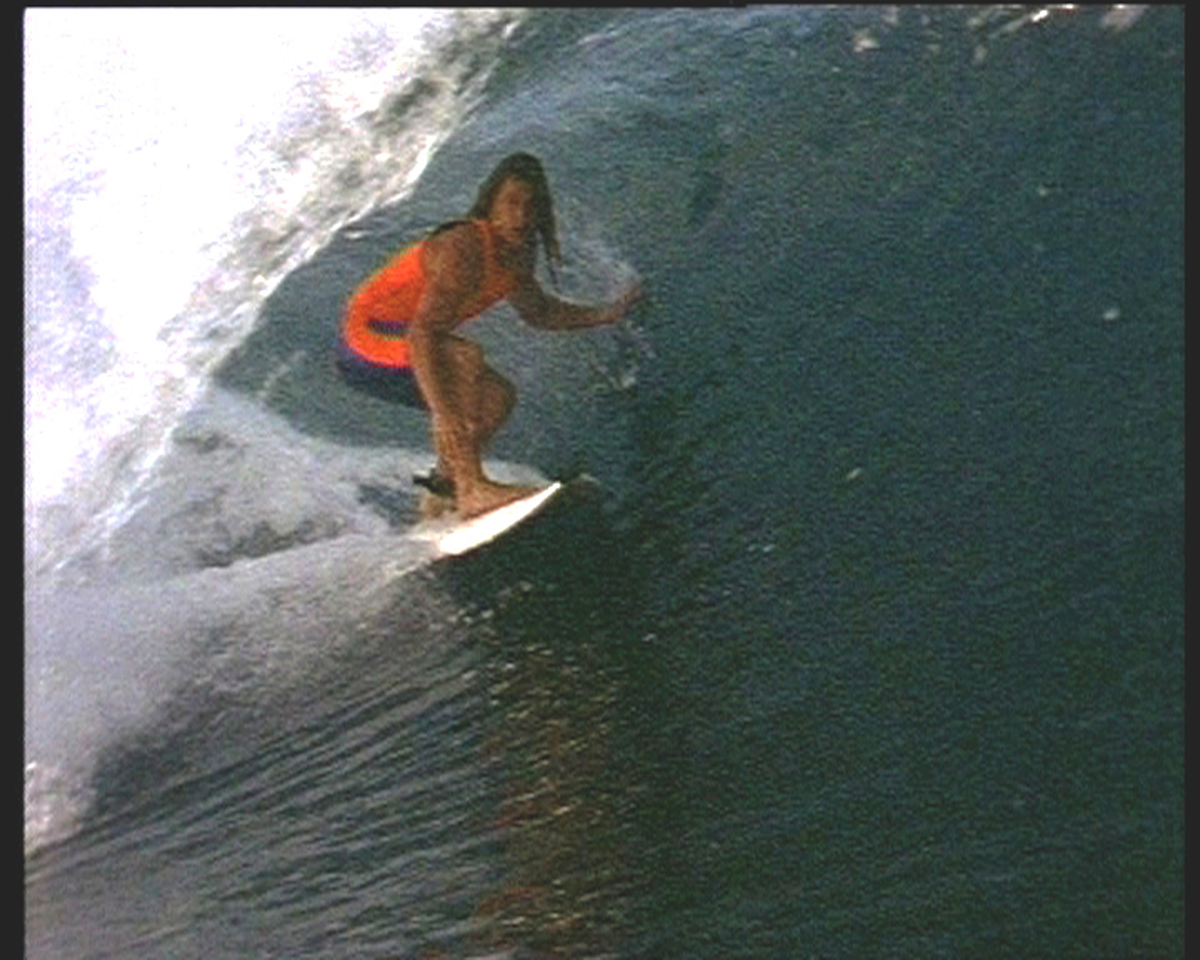 Photos: From the Jack McCoy’s The Green Iguana. Click here to watch the GI and 25 more of Jack’s films.

When it comes to the subject of Jack’s greatest discovery though, he points to moment from two decades earlier, way up at 30 thousand feet.

“On my first trip to Bali we flew Sydney to Singapore and the flight path takes you right over the south-east point of Java,” he recalls.  “From the plane window, I could see lines wrapping around the point. Back then you could go up and talk to the captain and crew and I asked them where we were and they told me. I filed it in my mind, a couple of years later I learned that the wave I saw that day was indeed one of the most amazing surf discoveries in Indonesia and if not the world.”

The wave was G-Land and after a small crew pioneered it and established a makeshift camp on the point, Jack was finally able to visit his birds-eye discovery in the late 70s and ride those long wrapping lines into the bay. 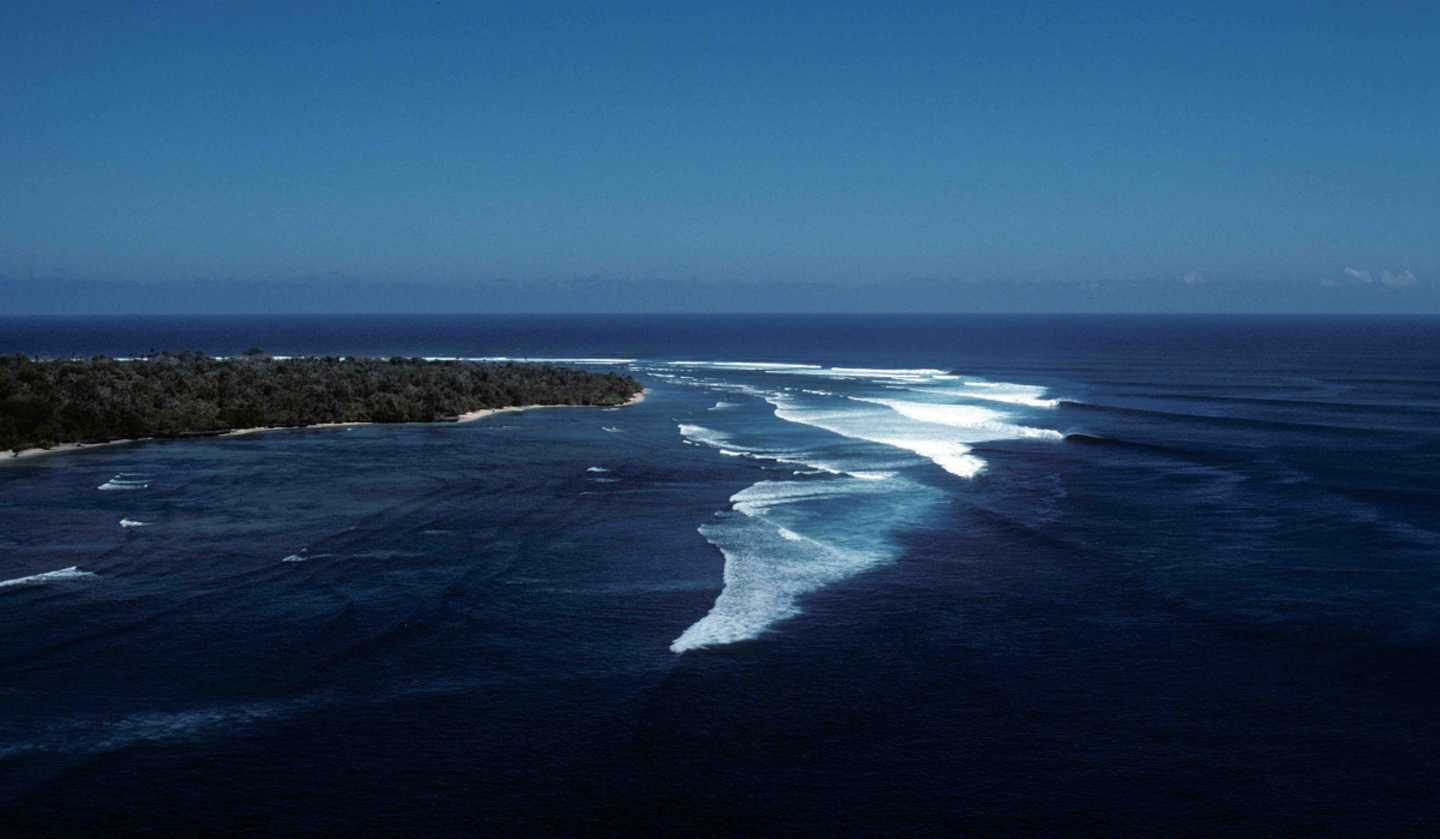 “I spent 6 years doing trips from 2 weeks to 8 weeks straight,” he recounts, of a time when the camp, and by extension, the lineup, hosted a maximum of 12 people at a time. “I have to say it was heaven on earth for me and a few friends.”

As the camp’s popularity grew in the years that followed, tensions began to flare between the local government and its eccentric founder Mike Boyum, with accusations that it was being used as a base for drug smuggling. In ‘83, fearing arrest, Boyum abandoned his cluster of treehouses on the edge of the jungle and fled the country, closing one of surf culture’s most storied chapters.

“Michael Ritter and I are writing the history of Grajagan, that will be out soon,” says Jack, “we’ll tell you all about it.”

Jack and Mike Ritter have spent two years interviewing over 50 friends and those who were there from the start and created a personal memoir that will be published later this year on Cyclops Press.  You can follow the book’s progress at https://www.cyclopsproductions.com.au/

The Stories Of Martin Daly’s Most Exciting Surf Discoveries

In current times, it’s hard to resist feeling a nostalgia for the heady days of global surf travel.  So, we’re encouraging you to indulge it enthusiastically with our brand new series of [...]

The Legend of Cloud 9

Philippine reefbreak named after a chocolate bar at the spot where legendary outlaw adventurer starved himself to death on a 43 day fast. Definitive proof the surf gods have a strong sense of irony. [...]

The Legend of Lance's Right (Don't Call it HT's)