In part one we looked back at an article published 10 years ago in Wavelength where we asked various industry experts to predict who were the likely up and coming QS contenders. Read it here.

Here in part two we’ll gaze deep into our crystal ball and, with the help of a few current industry big hitters, throw out some predictions as to who the the future starts of British surfing will be. The most common thread that ran through the stories of those featured in the previous article was a move towards a free surfing career, rather than a competition driven one, and much points to this continuing over the next decade. As well as huge amount of natural talent navigating the current competitive sphere requires some very specific personality traits, including an unwavering amount of drive and competitiveness, which done’t always reside in those who chose surfing as their main passion. To gain the necessary support requires a sufficient amount of self belief to convince a company to shell out thousands of pounds on sending you round the world to compete, where before you reach the highest level, you will be part of a large field and seen by relatively few spectators. Naturally then, companies may well prefer to pay a British freesurfer’s travel expenses, which often just amount to a  yearly trip to Indo and a few jaunts around Europe. 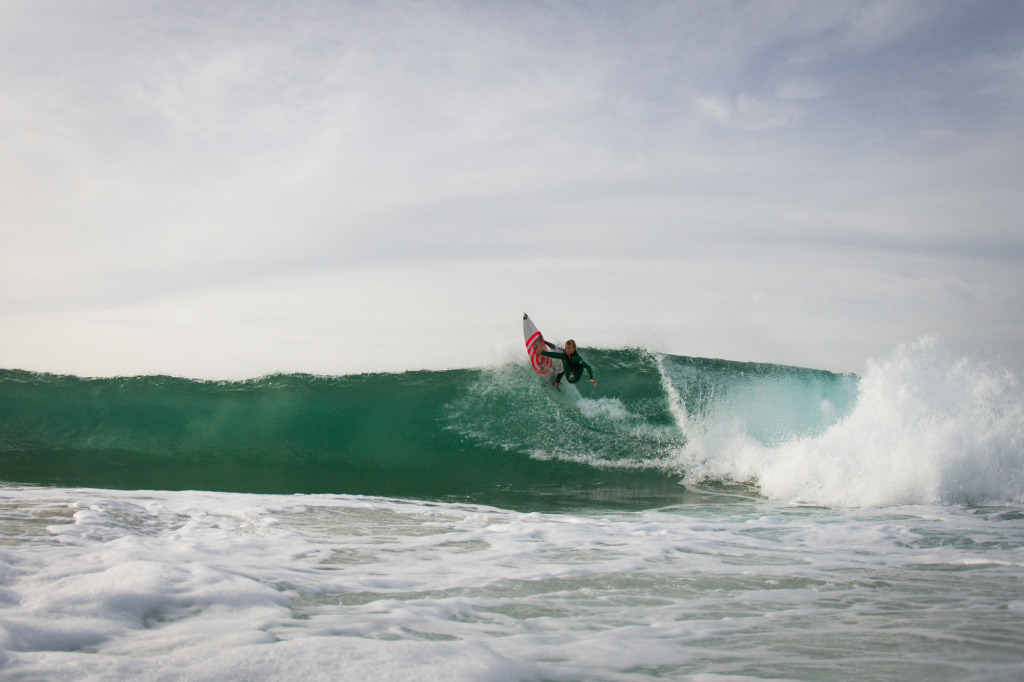 It is clear a lack of decent competitive infrastructure in Britain also plays a role in our current professional contingents lean towards free surfing. Joel Gray, who runs coaching outfit Surfsolutions, was one of many industry experts to outline this argument, identifying that we need to start by trying to catch up with Europe, in terms of quality and quantity of competitors, if we want to see competitive success from our young Brits in years to come: “The WSL Pro Junior switch to U18 can only be a positive thing as it will hopefully expose Brit juniors from 14 upwards to that tour and that level of performance and a peer group that is a match for any globally. I hope the current set ditch the focus on Brit comps and put resources and focus into keeping up with the French, Spanish, Belgium, Portuguese shredders. And wouldn’t it be great if there was a WSL Pro Junior on British beaches. That would be so much more valuable than the current failing Tour and clogged up summer slop contest schedule.”

Nick Rees, operations manager at Surfing GB, also agrees there is currently not a good enough system in place to give kids the opportunities they need, particularly to achieve competitive success. However with Surfing’s inclusion in the 2020 Olympics and lots of work going on behind the scenes by Surfing GB to inject more funding into youth development in the sport, the organisation hopes this could all be about to change.

When it came to throwing out some names for the under 12’s there was a consensus among our respondents that whilst there were a few in the upper end of the age category who were worth watching (namely Sam Hearn, Bertie Norman & Thomas Reeves) the most exciting prospects come from the generation just below them. “There’s more under 10’s surfing through winter now than ever before and more kids who’ve got active and interested surf parents” said Joel, throwing a specific mention to the sons of European champs Ben Baird and Ben Skinner, selections which British pro’s Oli Adams & Sam Lamiroy also concurred with. Here’s Oli’s take:  “I was just on holiday in France with Lucas” who is Skindog’s 8 year old son and Oli’s nephew “and something just clicked with his surfing. I could see a future star in the making. He already does massive airs on a skateboard and he was surfing really fast with carves, reos and even popping rad little airs. However he could go down any route as skating is his first love so it’s hard to predict, but exciting to see what happens”. Realistically, the group agreed, it is this generation that is most likely to produce a WCT level surfer. 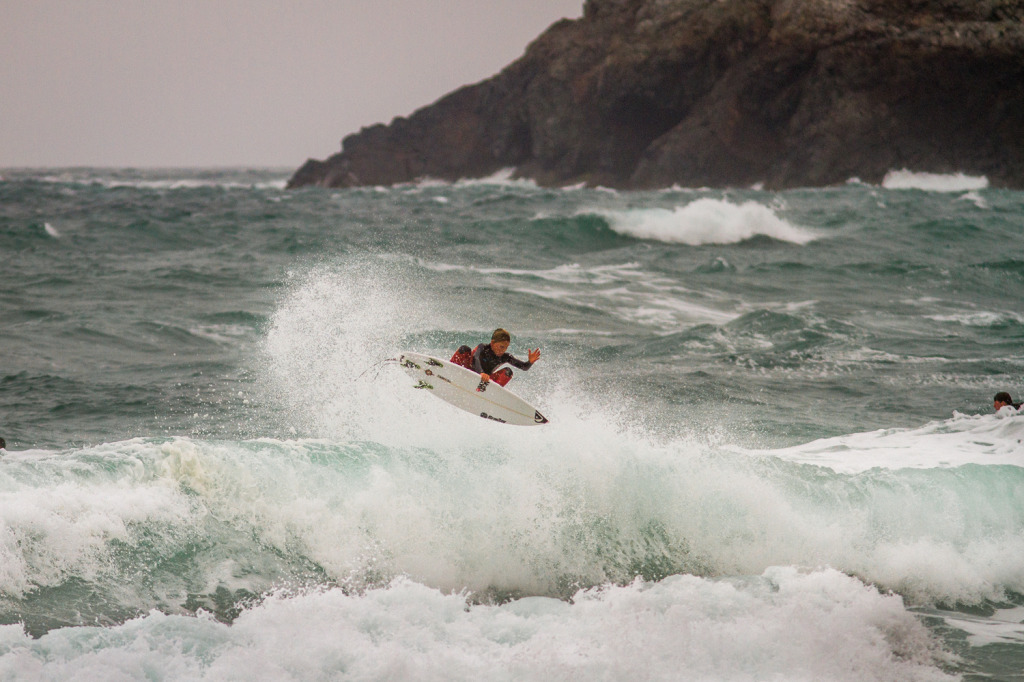 When it comes to the under 16’s two name stands out from the crowd, both in terms of industry opinion and cold hard comp results. Those name are Ellie Turner who is already consistently winning across all categories in the UK and will undoubtedly continue to go from strength to strength and Stan Norman. “This kid represents world standard for his age” says Joel of the spritely 12 year old from Bude, “Every input and experience that he has had he has advanced from, whether that’s trips to Hawaii, extended spell training in Australia or home sessions tagging along with Jobe Harriss. The biggest thing going for him is his attitude and tireless obsession with getting better.” Whilst his air game might not quite be up there with the Hawaiian Ozzie super-groms you see throwing crazy shit on web clips, his top to bottom surfing is second to none, and that’s the area it’s really important to have down at a young age. Oli elaborates: “You see lots of kids who can do amazing airs already by the time their 13, but for some of these young surfers their aerial progression can stall through their teenage years as their body grows and changes- where as, with training,  your top to bottom and rail surfing continues to develop so to see Stan with such a solid technical base in those areas is really exciting 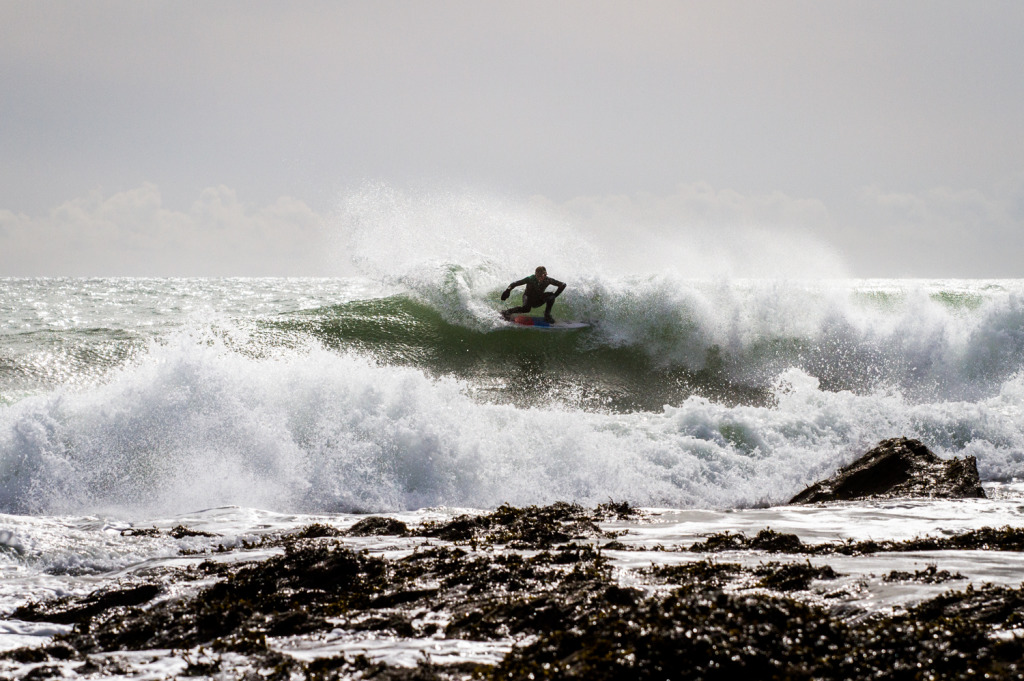 15 year old Kit Innes was another name to crop up consistently. Kit has been on a competitive winning streak recently within the UK and his athleticism and raw talent are touted as second to none in his age category, with Ed Corkhill who runs the fitness training section of the Oli Adams’ surf academy calling him one of the most naturally athletic 15 year olds he’s ever come across. However Kit still has three years left on the Pro Junior and so the real test will be as to whether he has the ability and backing to achieve the results he needs in Europe to take his competitive surfing to the next rung of the ladder. Will Masterman (pictured in the cover shot), Barnaby Cox, Frankie Bamford & Sol Hawkins are also ones to watch in this age category.

In the under 18’s category  Harry De Roth, Angus Scotney & Liam Murray Strout were the main mentions. Whilst all three are currently competing on the Pro Juniors, each are at a cross roads in their career when they are taking decisions on whether to focus on a competitive, freesurfing or a move away from surfing for a job all together. 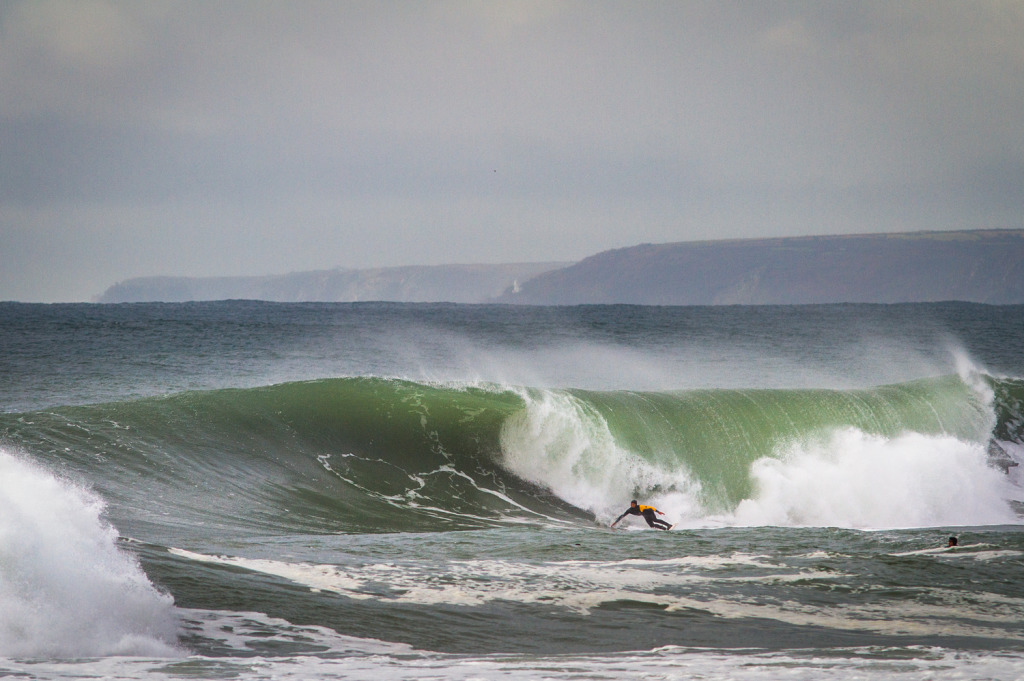 Harry De Roth with a cruisey bottom turn on a South Coast bomb this winter.

To me Liam has always looked like more of a free-surfer, with a super photogenic style and solid air game, however as Joel identifies, these are traits that can just as easily be transferred into competitive success with the right desire and focus. Harry looks perfectly equipped to do well in a competitive arena with a solid power base, and a consistent & diverse repertoire which have already garnered him a few keeper results on his last year of the Pro Juniors. However he will need to find a few more solid results if he is to receive the backing required to join the QS. Angus has decided to go to Uni in Cardiff next year to study sport and physio, but will hopefully continue to compete along side his studies. In the girls Peony Knight is right up there with those in Europe her age and with continuing progression and support will almost certainly make it onto the QS. 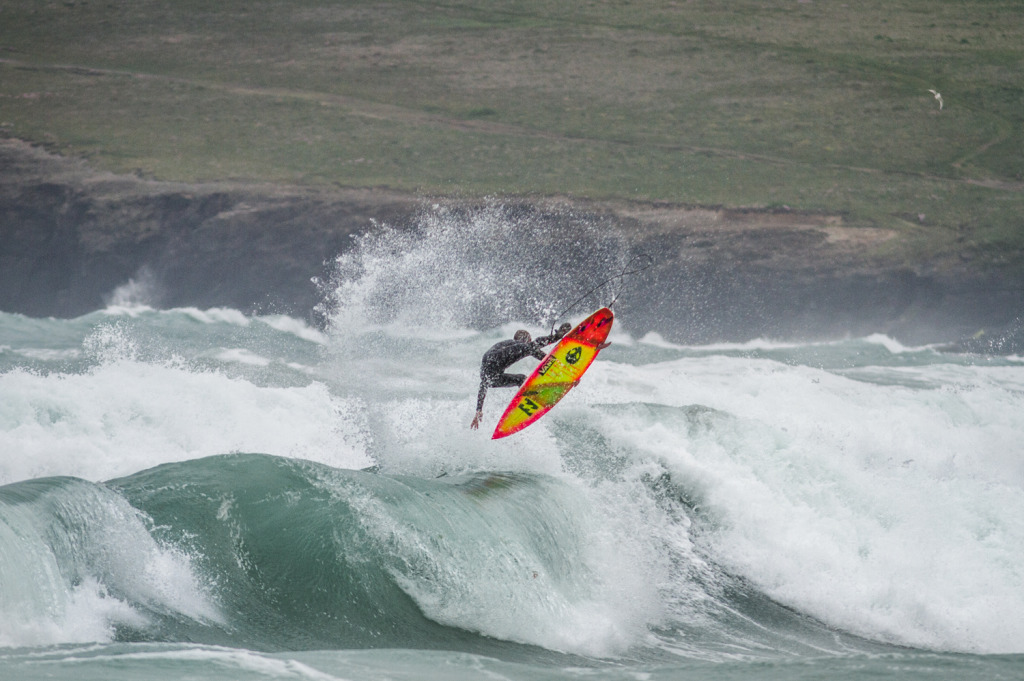 When asked for parting comments, Joel highlighted the importance of  role models and the surf media in re-kindling the interest amongst emerging talents in pursuing a competitive career: “I think right now we are in danger of not having any points of reference for a route pathway into a successful (and financially lucrative) competitive career. I really hope that Luke Dillon and Jobe Harriss get the necessary support and luck required to give the WSL Qualifying series a good go, get some results and climb the ladder and get into the 10K events and the world Top 100. That will give guys like you at Wavelength the chance to shout about it and cover that rather than whatever recent lazy edit from Lakeys has popped up. If that happens and the UK surf media pushes it then the kids of today have something to follow. If that does not happen then all they are left with is stories from their dad’s about Russel Winter’s phenomenal achievements back in the day.”

For us at Wavelength, variety is the spice of life and whilst we’d love to see more Brit surfers competing at the highest levels, we’re also thoroughly entertained by clips of the boys abroad, pushing their surfing in better quality waves- an approach which I believe is more likely to lead to the overall progression of areas the sport that are not necessarily favoured by judging criteria at the lower levels, such as big and technical airs. We agree we bare a responsibility to cover, encourage and support up and comers and hope that brands and (perhaps most importantly) governing organisations understand what needs to be done from their end if we want the next 10 years of British surfing to be something we can all be proud of.