Home » The Wavelength Ten Year Predictions. Part 1- Where Are They Now?

The Wavelength Ten Year Predictions. Part 1- Where Are They Now?

We take a look back at an article from 2006 identifying British up and comers and ask, where are they now?

In part one of The Wavelength 10 year predictions, we take a look back at an article published in a 2006 edition of the mag where we quizzed various big industry hitters on who would be the next big thing to come out of Britain, and ask where are they now?

The British surf landscape was a pretty different place in 2006. It was the year this fine website launched (promising content updated monthly) and although mags still reigned supreme, the internet was on its way towards surf-media dominance.

There were a large crop of paid surfers in Britain, with lots of sponsorship money sloshing around from both international and national surf brands. Most contracts included competition incentives- meaning results in local comps, or in the two highly rated QS events that took place in Britain at the time could constitute big earners. Similarly lucrative media incentives based on magazine coverage meant that a career as a free surfer was too becoming wholly financially viable. Whilst there were a few surfers having a whack at competing regularly on the QS, none were landing particularly noteworthy results.

However, Russ Winter’s foray into the top ranks of international surfing was still fresh in the collective memory and the industry was starting to look towards the future for its next international hopeful. Accordingly, for a piece in issue 159, Wavelength tracked down a few big industry players of the day who were willing to make some predictions. Today we’ll take a look back at those predictions, access their accuracy and ask where those mentioned ended up. First up with his call was Barrie Hall, who was the BSA (Surfing GB’s predecessor) national coaching director at the time. He picked out Tom Butler and Jayce Robinson from the U18’s category as the ones to watch, two names which, 10 years on, have pretty much nailed household status in British surfing.

Whilst neither went on to garner much QS success, both the boys still surf for a living, with Butler diverting his attention away from the QS grind towards chasing some of the world’s biggest and nastiest waves, earning himself a WSL big wave awards nomination for best barrel this year.

Jayce surfed a total of 13 QS events in the years between 2008 and 2011, whilst the British surf industry was suffering its big economic slump, with a 7th in France making up his best result. He has however been at the top level of competitive surfing in Britain for many years and has managed to travel the world as a free surfer. 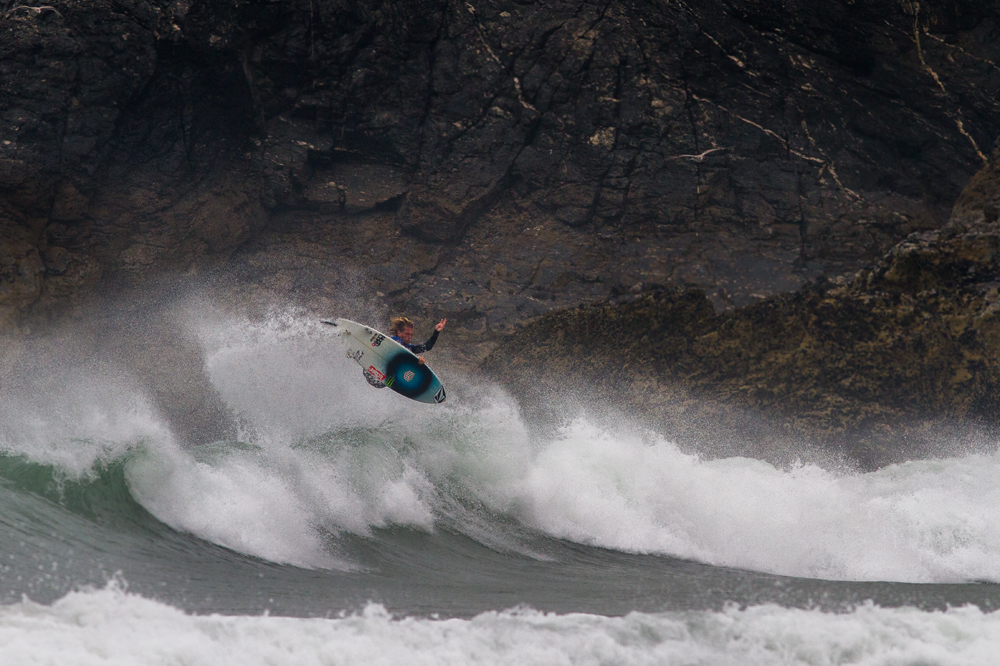 Next up were Barrie’s U16 predictions, which came in the way of Lewis Clinton and Toby Donachie. For a while both the boys looked good for a QS career with each doing pretty well on the Pro Juniors. However they too were entering the big leagues just as the economic slump hit the surf industry and Lewis says he had neither the hunger nor the financial backing necessary to transition onto the world tour. Instead he decided to become a shaper, eventually starting his own board building and repairs outfit (called LC surfboards) which he continues to run.

Toby too never made the jump from the juniors onto the QS, and also moved on to shaping full time for Fluidjuice, as well as continuing to pump out edits featuring both aerial surfing and barrel riding that rival the best in the country. He has just recently moved to Bristol to pursue more full-time work, but still comes home to surf every weekend. 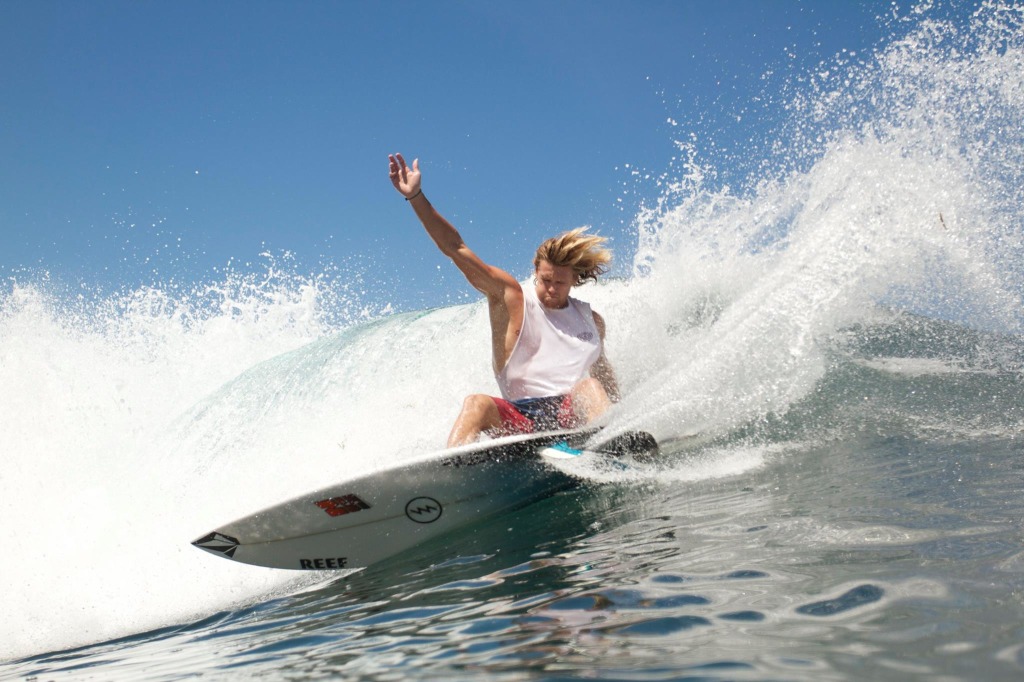 Next up were Barrie’s U14 predictions which came in the way of Tom Good & Leon Mansfield. Tom had a brief crack at the QS in 2011 and 2012, but failed to do better than a 25th. Leon competed ferociously and with a fair amount of success in the under 16’s in Britain, but lost the love for competing by 18, at which point he gave up his sponsorships. He still surfs, but now works as an accountant.

In the under 10’s division Barrie threw Newquay boy and previous issue cover star Harry Timson a mention. Although he’s done a few pro juniors and a couple QS’ here and there, Harry didn’t develop into a lover of comps, instead taking the free surfer route. He now spends his time posted up in Indo for most of the winter and France for most of the summer, a path that for all but the most competitively tenacious would be a bit of a no brainer, and one that has seen Harry cement his place as one of Britain’s most progressive surfers. Reubyn Ash throws a air into the flats for some impressed onlookers. Photo Luke Gartside

O’Neill Team Manager Franck Corbery was next up with his picks and as well as mentioning Jayce he also threw another familiar name into the mix: Reubyn Ash. Reubyn has had a long and varied career, achieving massive success in the free surfing realm, landing a section in Taylor Steel’s Innersection.

He also got a wild card into the Mundaka CT back in 2008, but failed to garner many significant results on the QS. Joel Gray, who was British coach at the time and now runs his own coaching company Surf Solutions, echoed Franck’s sentiments in the piece, backing Reubyn but adding that ‘by starting the European Pro Junior tour so late, [he] will probably not escalate his competitive surfing to WQS level fast enough to make it.’ Despite parting ways with his sponsorship a few years back Reuben is still winning British events and easily still one of the top aerialists in Europe.

The final word went to former WQS campaigner Duncan Scott who stated that:
“Given how hard the WQS really is, and the current poor motivational levels in Britain, we would have to look far down the age ladder for the next hopeful. There are no junior surfers even close to dominating open events in the UK alone, and ‘bright prospects’ are witnessed in age-group protected brackets only. There is a world-wide and European surge in surfing competitiveness, professionalism and participation, and UK hopefuls need to match that pace.”

It’s easy to see why people would rather this than grovelling in two foot wind chop in a rashie. Photo Ben Selway

Indeed the UK does seem to have been somewhat left behind competitively facing the surge Scott mentions, which has grown even stronger over the last 10 years, with new continents soaring to prominence. After examining the stories of those featured the primary reason for this appears to be that despite being named ‘the real dream tour’ the QS is both very expensive and not all that dreamy when compared to the opportunities available to a professional free surfer. Additionally the UK has seen several years of fairly poor competitive infrastructure, which is largely due to lack of funding, and means that the hunger and love for competition is not fostered from a young age as it is in many other countries.

Whether or not this lack of competitive success has been detrimental to British surfing as a whole though is up for debate. Had Tom Butler followed the route of a regular QS hopeful he certainly wouldn’t be an international charger now. Similarly if Reuben and Harry had been forced to tailor their surfing to meet the fairly restrictive judging criteria, their aerial surfing would not have reached the level it has. In part two we will ask whether getting on the QS still registers as an aspiration for todays up and comers, and who, if anyone, has what it takes to make it.