Home » Trouble In Paradise: Lockdown In The Mentawais

Trouble In Paradise: Lockdown In The Mentawais

Being stranded on a tropical island with perfect empty waves breaking just out front is most surfer's idea of paradise. And for a while, it was.

Being stranded on a tropical island with perfect empty waves breaking just out front is most surfer’s idea of paradise. And for a while, it was.

A month back we caught up with Guy Morgan, operator of Mentawai Surf Co, to find out about the situation in the world’s most wave-rich archipelago as the Corona storm began to swirl.

He’d spent the offseason back at home in the UK and had just recently returned to the island overlooking HT’s, to oversee the building of his new family home and get everything ready for another busy season on the boat.

It was pre-lockdown when we first spoke and surfing was not yet banned. However as concerns grew, the islands were beginning to empty out, with future bookings being cancelled, leaving the surf to a small group of ex-pats and the few remaining tourists.

Despite rumours of impending lockdown, Guy seemed unperturbed. The sun was shining and an early season swell was reeling off down the empty reefs. “The waves have been cooking and I’m a little cooked,” he told me during our first chat. 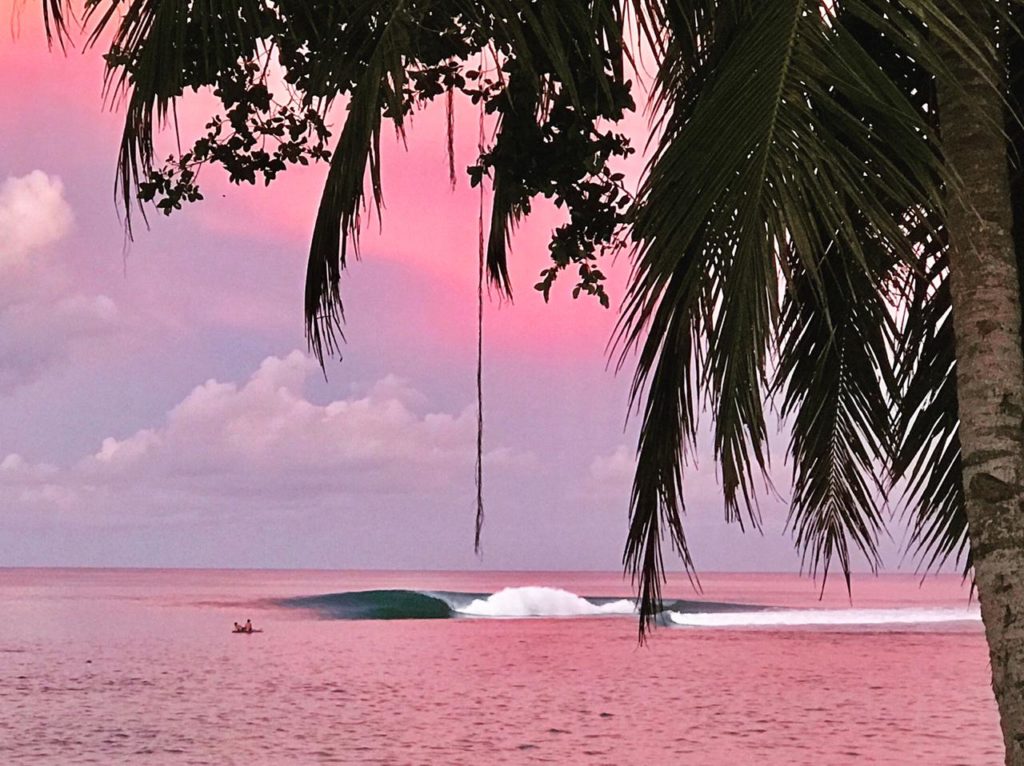 Each morning he’d wander out onto his viewing platform overlooking HT’s with a coffee and survey the conditions. If there was swell, he’d head out for a surf, if not, there was plenty to keep him busy on land.

“I’ve just been building, gardening, bbq building, seed planting, driftwood collecting and just keeping in touch with my loved ones,” he told me.

Then on the 20th March amid accusations the Indonesian government weren’t doing enough to tackle the spread of the virus, the country shut its borders. A few days later the Bupati, who heads the Mentawai government, announced that all ports and tourist attractions would be closed in the islands until at least April 5th (this has now been extended indefinitely).

Boats were forbidden from leaving the major towns or crossing the channel from Sumatra, surfing was banned, and any tourists left on the islands were stuck.

A few weeks on, we caught up with Guy again to find out how the lockdown was going.

He started by telling that as yet, no one on any of the nearby islands has tested positive for the virus and that the government were doing a great job of regulating and controlling the spread.

“Luckily, we’re always stocked up from the mainland with bulk orders,” he told me when I asked about provisions, “and fishing and spearing is supplying the daily dose of fresh fish needed to stay healthy and virus free.” 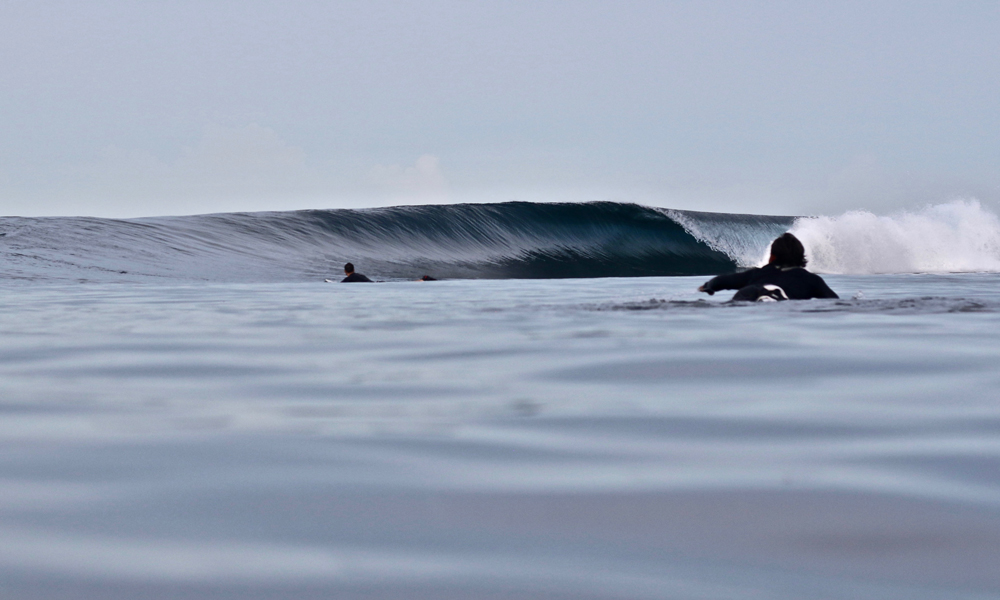 One of the last sheet-glass surfs before the surfing ban. Photo @mentawaisurfco

However, a few days later, he reported that the mood on the island had soured somewhat.

“Things are weird out here at the moment,” he said in a message. Locals had started to become suspicious that a resort on the island was still operating.

“They’re the only people that are holding guests,” Guy explained. “Obviously, the only reason they’re holding them is because they can’t get home. There’s a Chinese ex-pat and a Swiss ex-pat and the villa next door is full of Bali ex-pats. A lot of people are looking at their social feeds and hating the fact that they were surfing before the ban took place and now they feel like there’s eyes watching them.”

Uniformed officials had been turning up to each of the islands to make sure no one was surfing, with as yet undetermined fines or 4 months to a year in prison put in place for anyone caught in breach.

“This is what we’re staring at,” Guy messaged, along with the following videos:

Of course, for the boat and tour operators stationed on the islands, as torturous as it is missing such perfect sessions, it feels trivial compared with the threat the lockdown poses to the future of their businesses.

“Financially, fuck bro, it’s pretty horrible,” Guy told me “I think there’s going to be a lot of people suffering, especially local-based operations who have been doing all their maintenance in the offseason and now have no income for the year ahead. I personally know of some boats that wouldn’t have been operating this year, prior to the financial crisis and I know there will probably be a few more in the state we’re at, based on how their website and bookings have been looking. I think there’s going to be a lot of culled boats. Which for my operation is a good thing, but I hate seeing anyone struggle, so I just hope everyone comes out good on the other side.” 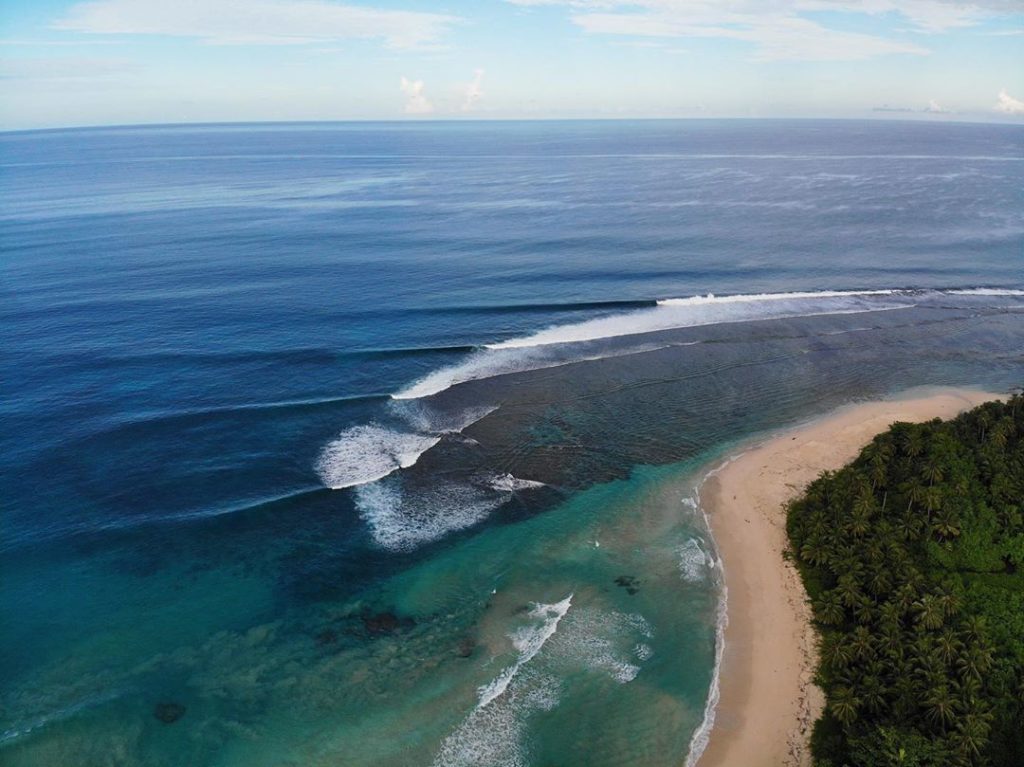 As we said in our article pondering the potential death of the global surf industry, people will be keener than ever to jet off and surf perfect waves when all this is over. And for good or for ill, the local economy throughout much of Indonesia is completely dependent on tourism, so for that reason, we hope the operators and resorts that form the bedrock can hang in and muddle on through until all of this is over.