A conversation with 15 year old Justin Becret following his first session at mammoth Mullaghmore. Plus full video highlights from the days action:

Earlier this week a solid swell made it’s way across the Atlantic ocean, sending the world’ big wave hellmen into a flight booking frenzy.

Some headed for Nazare, with their sights set firmly on taming its big, wind affected walls. There some momentous rides and Brit Andrew Cotton broke his back after what many have since called one of the heaviest wipeouts ever. You can watch the footage here and judge for yourself. Others made their way to Mullaghmore in Ireland for some all together throatier watery mounds. Amongst an all star crew including Russel Bierke, Nic Von Rupp, Matt Bromley Naxto Gonzalez, and the usual ensemble of local chargers, was 15 year old Frenchman Justin Becret. 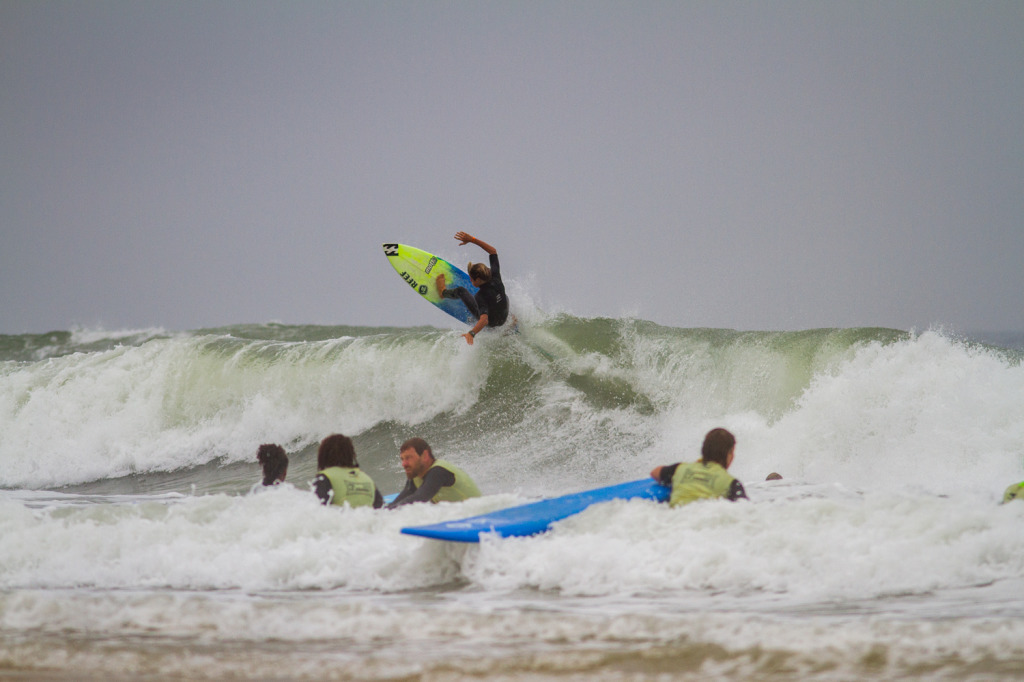 We’ve known about Justin and his aerial prowess for some time, however we were pretty shocked to see him bobbing about at Mully amongst freezing 20 foot peaks. There aren’t many 15 year old QS rippers who’d be keen to take on waves like that. And- not only did Becret paddle out to get a feel for the place, he also snagged an absolute bomb.

We hit him up to find out more:

Justin, you’re known for your high-performance surfing, but how did you end up towing a giant wave at Mullaghmore?

Since re-signing to Billabong, I’ve taken part in Billabong’s adventure division programme which consists of going to different surf spots in Europe with the team… because of the programme I’ve had the chance to surf big wave spots, with experienced surfers like François Liets and Benjamin Sanchis.

When surfing became an adventure #mullaghmore …thanks to @benjaminsanchis to guide me on the first wave of my life out there …Amazing day in a line up full of legends. Thanks #billabongadventuredivision and @billabongeurope #vaguealame #tobam #lifeisbetterinboardshorts

What made you want to catch that bomb?

We don’t decide to surf a big wave, we get in the water and if the opportunity presents itself, you have to take it, you can’t miss out… it is the ocean that decides to give you a good wave. I was lucky to have two beautiful paddle waves, and then the tow wave was thanks to Benjamin’s who offered it to me on a plate.

How did you prepare for the session?

Throughout the year I swim and do specific breathing exercises with Thierry Craviek and I take traditional physical classes where I work on the power of explosivity and flexibility with Jérôme Poiraud .. I also surf every day which helps to prepare for D-Day. And how did you find the experience?

The Irish experience was unbelievable and I’m excited to return. To be in the water with the local legends and international legends was simply magical.

Here’s an edit featuring some more of the crazy waves ridden on the day: