WATCH: Sandy Kerr Samples The Very Best Of The North Sea A beautiful edit featuring Sandy Kerr and the unique surf scene of the north east.

Sandy Kerr is the most recent in a long lineage of talent to come out of Britain’s north east.

Like Nigel Veich and the Davies brothers before him, Sandy’s approach to surfing has been shaped by the unique waves and surf scene that occupies his corner of Britain. In his latest short, filmed in Scotland, Ireland and at home, he delves into how the character of the area has interacted with his own personal history to shape him into the surfer he is today.


To celebrate the online release of the film, Finisterre team manager Matt Smith hit up director Chris Mcclean, DOP Lewis Arnold and Sandy himself for a conversation about the film. Here’s what they had to say:

-Chris-
MS: You have known Sandy since he was a boy, how do you feel he represents the north in the ocean and on land?
CM: I think most kids as talented as him would of moved away and tried to pursue a career in surfing. But he stayed close to home to be beside his family and surf the waves that have made the North East what it is. I saw the stickers change on Sandy’s boards (Sandy recently joined Finisterre as an ambassador) and that was a proud moment, there is no one that embodies British surfing more than Sandy. To me British surfing isn’t about competitions in 2ft onshore waves, it’s about seeking out those corners of amazing yet rarely breaking nuggets that would grace the world’s stage on their day. But as they rarely break; only the best scholars of the tides, winds and swell directions get to see them in all their glory. Sandy might not have GCSE’s but he’s certainly a scholar of those special British corners and doesn’t think twice about driving through the night to arrive with the tide and rise of the swell. 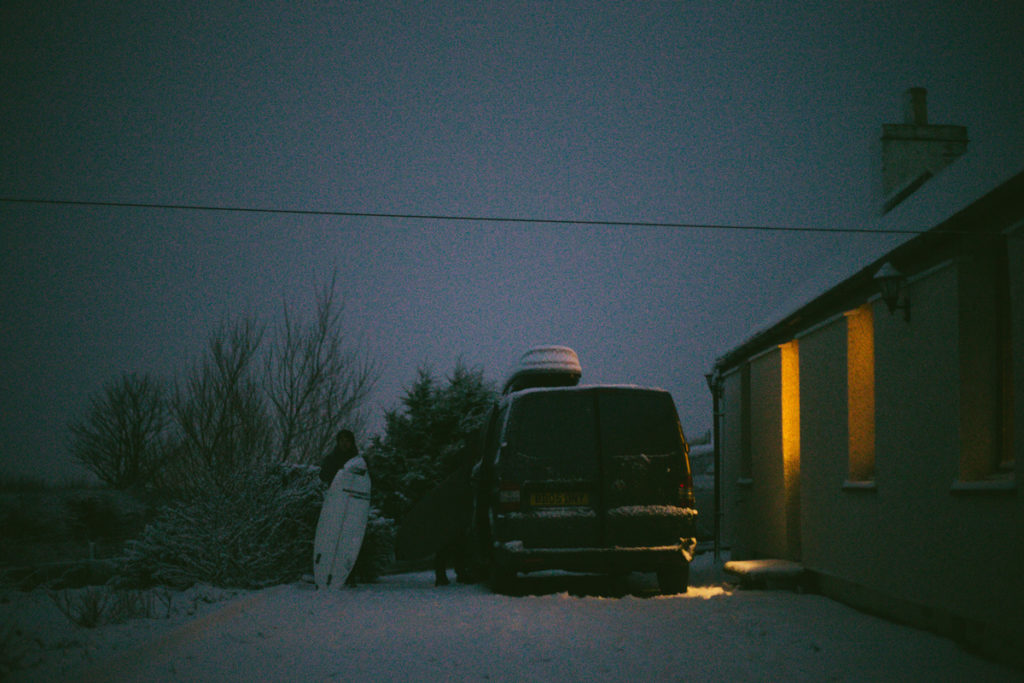 I’ve never forgotten one certain week in a cold snowy November. Sandy was working until 3am in a bar, but would be up before dawn to drive up the coast to surf the submerged kelp covered reef, he did that every day for five days, surviving on 2/3hrs kip every day and his Mam’s jam sandwiches to surf his favourite slab in minus temperatures. Commitment, Sandy has that in spades.

MS: A film about the north east, your homeland, what message did you want to share when making this film?

CM: From the outset we wanted to make a film with Sandy at the forefront and with that, a homage to the North East comes naturally. In winter it’s raw and dark and totally unique to anywhere else I’ve been. Some of the poorest communities in Britain, nuclear power plants, steelworks, grim fishing ports all nestled next to the most beautiful coves and beaches with on their day the best waves in Britain, if not Europe. We wanted to show that visually, cinematically but through Sandy’s eyes.

-Sandy –
MS: I’d consider you the prince of the North East how do you feel the local people up there have responded to this film so far?

SK:I have been blown away by the about of people who have reached out to pass the kind words about the film. I feel so proud that people are genuinely happy to see the north east surf scene brought to light in a way it represents it so well. A lot of the areas have been through tight times but where I grew up I have a great upbringing I didn’t see much of it first hand, the after effect of jobless and struggling families were present but I do not want to portray in a bad way because it such an amazing place with a slightly checkered past. 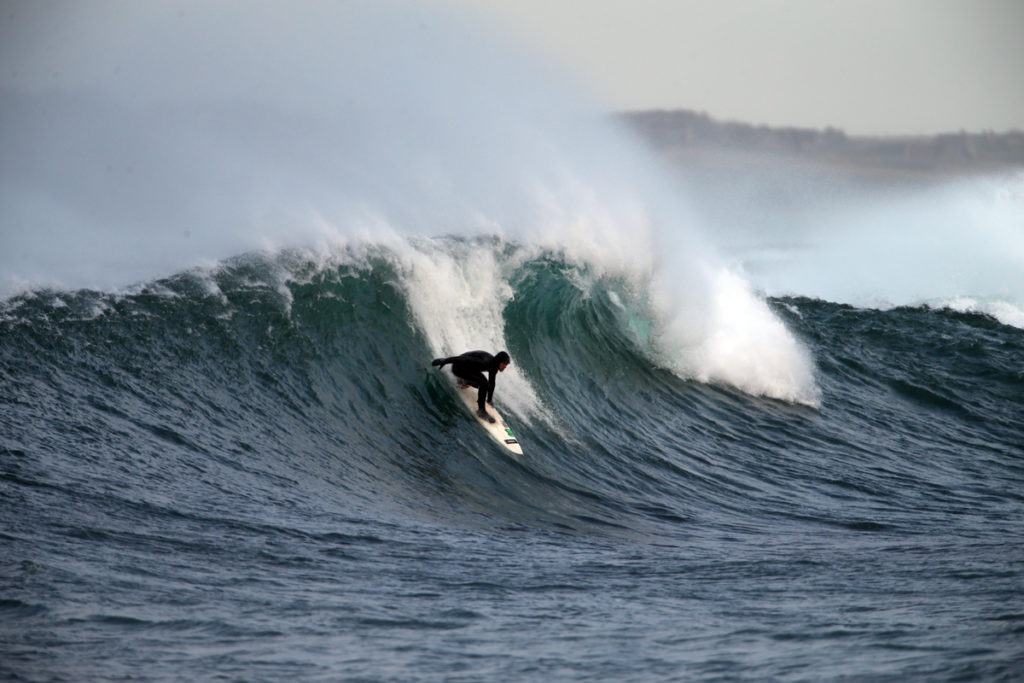 MS: Is there anyone you were nervous about showing this film to and why? SK: The first screening was in my home town of Tynemouth and I mustn’t of really thought about it in the run-up to it because when it came to be played I got super nervous. On the night the room was filled with a family, friends but I was probably most nervous about showing the film was the older generation of surfers I latch on to and who took me under their wing when I was young so I really wanted to make them proud of the crown I grew up in.

MS: It’s great seeing you on this film so openly sharing, what would you like to celebrate about this film?

SK:I’m like of other males of my age and have trouble talking about problems and in the film I talk quite openly about how anxious I was when I was younger which led to me leaving school as a teenager. I never really spoke much about it before this year as I thought it was embarrassing or something and since the film I’ve been amazed by how many people have had the same problems and it has led to having some really quite revelling convewhichons witch I’ve never had before, that’s a massive take away for me. 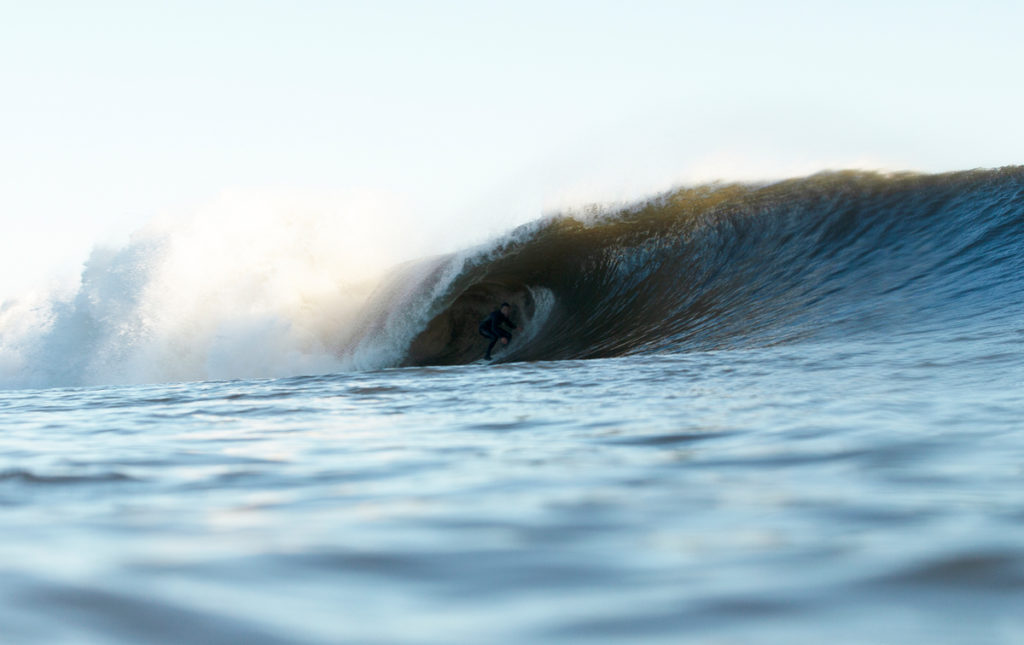 -Lewis –
MS: Please tell me about your relationship with Sandy? LA: Sandy and I couldn’t have more different background and experiences but from when I first met him I felt a kinship was there. He was the best barrel rider of his group at the time but more than that he seemed more interested in the older crew and that kind of respectful attitude set him apart.

Over the years I have seen Sandy accept and take good advice on board. Its lead to led to countless friendships, surf trips, opportunities and ultimately a real progression in his surfing. He’s a genuinely fearless barrel dog, I’ve got photographic evidence of that! But he is dedicated to improving his surfing in small waves, big waves, on rights, landing airs, diverse boards, all the things which often get neglected in North Sea surfing and documenting that has been one of the most rewarding experiences in my surfing life.

MS: This film has been shown at a lot of film festivals, of the ones you have been to can you share some of the reactions from the people you met there?

LA: Judging panels in serious surf zones like Hawaii have loved our slice of life from what is essentially a remote and unfashionable surfing back water. 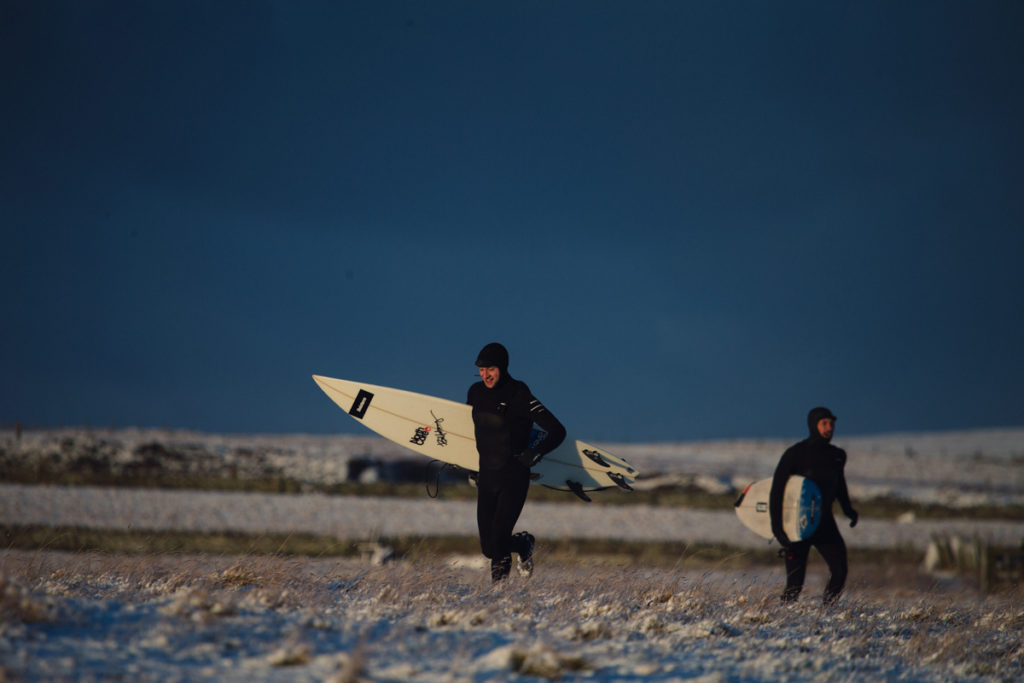 I suspected the visuals of the film would go down well as they are so drab and industrial and different from most surf films and standing out from the crowd can be half the battle in photography.

Really it’s Sandy’s story and his openness that has resonated. I showed the film to a successful commercial photographer. She thought it looked beautiful but was so engaged in the heart of the film and wanted to know more. This has been a common theme in the feedback I’ve had so far.