The Wavelength Guide To Boardmasters Week 2019 Here’s your unofficial guide to everything going on in, outside and around Boardmasters next week. Including surf film screenings, after parties and music not to miss...

The biggest week in Cornwall’s summer calendar is right around the corner.

To help you out we’ve compiled everything you need for your diary- or the notes section on your phone, because it’s not 2006 (although please no one yell that at Razorlight. We want nothing but the old school bangers. America, Golden Touch, In the Morning, you know the drill lads.)

If you’re local, find a parking space right now and don’t touch your whip till next Tuesday. If you aren’t and you’re still hunting for a way down that doesn’t involve jamming into a train carriage or coach with thousands of teenagers, may we suggest renting a car with peer to peer car-sharing platform Turo? It’s on average 35% cheaper than standard car rental companies, and right now Wavelength readers can get a further discount by using the code WAVELENGTH25.

In terms of the surfing, the forecast for the Quik open and longboard comp is looking ok- generally, head high and onshore, but sunny (at least for the first few days).

Now here’s the rundown of land-based revelry that you came for: 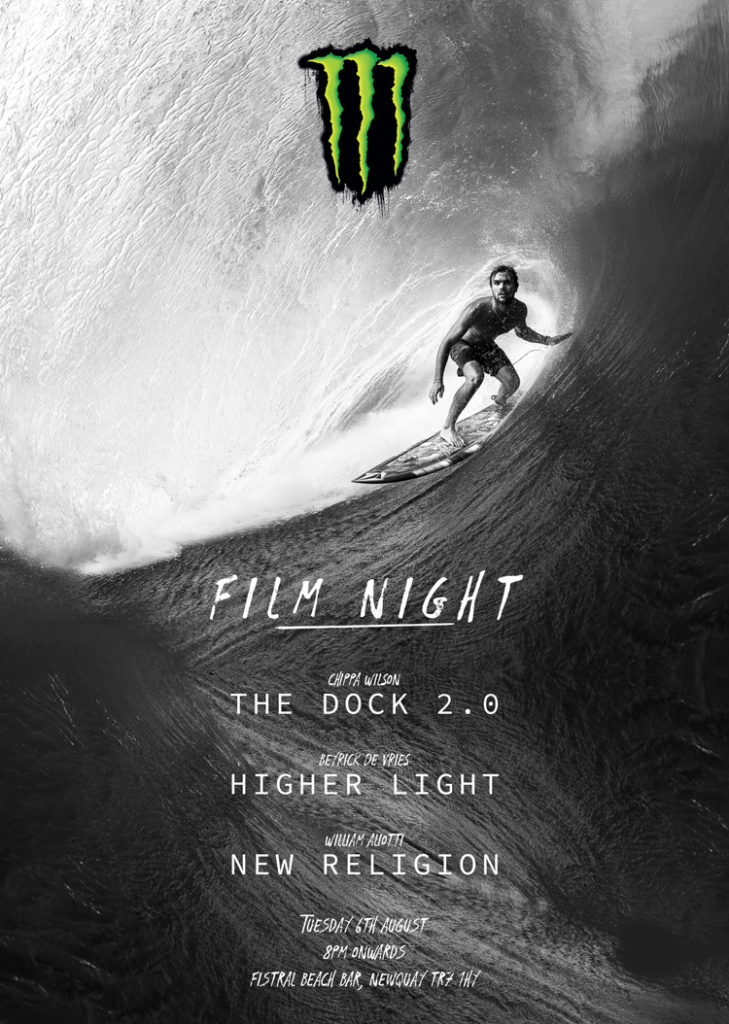 Proceedings kick of in style on Tuesday night, from 20:00, with a trio of surf film screening at Fistral Beach Bar, presented by Monster Energy.

The films featured are the Dock 2.0- Stab’s new concept clip featuring some of the world’s best hurling themselves into waves off a floating dock. Sure, you may have already seen it, but films are so much better when watched on a big outdoor screen with a beer in hand. Then it’s ‘Higher Light’ a new flick from South African ripper Beyrick De Vries, followed by Willy Alliotti’s just-released short ‘New Religion’.

If you fancy carrying on the party you can head to Dead Famous for their Tribo Groove Pre-Boardmasters party. Both events are free entry.

Go steady though friend, there’s so much more to come.

(More articles like this: A Euro Summer Survival Guide) 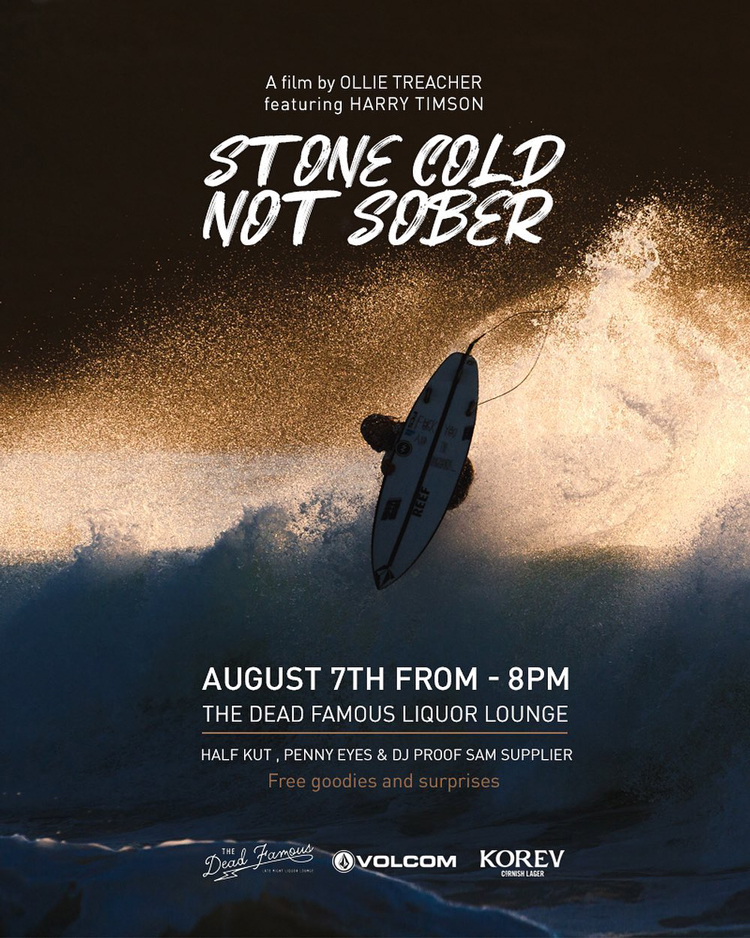 Wednesday sees the premiere of ‘Stone Cold Not Sober’ a brand new film by British ripper Harry Timson at Dead Famous from 18:30 till really fucking late.

After years hot-footing to the tropics as soon as the mercury dropped, Harry decided to stay at home last winter and spend the year exploring what the UK has to offer. The result is a top-quality high-performance flick that showcases the very best of our weather-beaten isles. The screening will be followed by live music from Half Kut, Penny Eyes and a DJ set from Sam Supplier. With free entry and all sorts of free goodies and surprises thrown in for good measure, this is one not to miss.

Thursday serves up three options for those looking to wet their whistles ahead of the weekend. Another free party at Beach Bar running from 18:00 till midnight, celebrating the anniversaries of Carve mag, Surf Girl, Quiksilver and Roxy. Jaguar Skills at Berties, which runs from 22:30 till the early hours and costs £14.30. Or a warm-up party at Sailors, if you fancy a sticky-floored preview of the weekend’s official after parties at the venue.

SO WE’RE THROWING A PARTY INSTEAD WITH OUR FRIENDS AT COHESION.

Holding an event that isn’t mentioned? Message us on instagram.