We've made another magazine and we decided to celebrate.

We like making magazines. It’s fun. We get to stare at photos of surfing all the time, read through the experiences of the world’s surfing elite and then decide what we want to share with the Great British public. We hope that you, and everyone that gets their hands on a copy, relishes in flipping through the pages as much as we enjoy putting it together. It makes everyone’s time worthwhile, especially our contributors, the more we can print, the more those likely those guys are to put all their hard work into making Wavelength look and feel so goddam great.

Every issue has a print deadline. The ultimate, no more chances, no excuses end of the line, on the printers servers by midnight or we won’t print it for another week kind of deadline. Our normal routine involves a good few late nights, desks littered with beer empty beer bottles, a great sense of achievement and the bleary eyed publishing team embracing a last minute celebration in some dark corner of a Newquay boozer.

And that’s all good fun. But only for us. However, it’s a pretty integral part of each issue, so we decided to make it official, as well as slightly improved, suitable for mass consumption if you like.

With a feature on the awesome REEF in this issue, we thought we’d give the boys a call, see if they fancied strumming out a few classics. Of course they were well up for it, and what better place than the Finisterre Shop in London, we get a trip to the big city and all you lucky London lot get a chance to embrace a bit of surf culture without driving to Croyde. Win win.

After a few words from Sam Lamiroy, complimentary beer from the Sharp’s Brewery, over a hundred Wavelength fans settled down for 45 minutes of a banging set from Jesse, Gary and Jack of REEF. After the entertainment, the beer continued to flow with the happy and hazy crowd spilling onto the weirdly barmy London streets to see the rest of the evening out. A success for all involved. 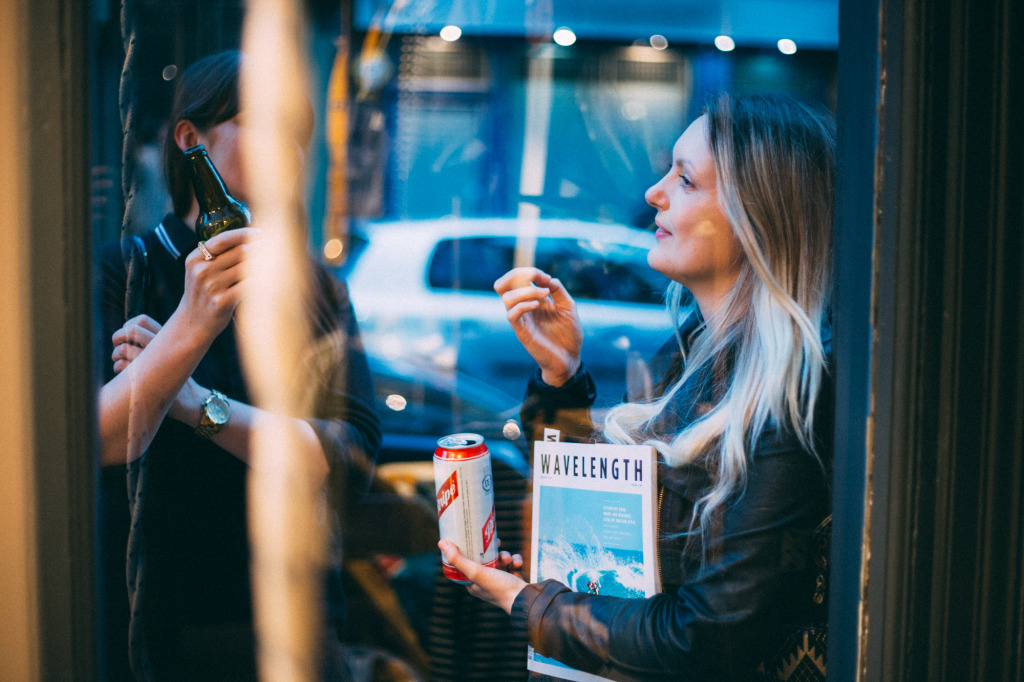 The following night we rolled into Bristol, setting up shop at the delightful Spoke & Stringer, situated on Bristol’s harbour side. The event brought together an assortment of folk, including die hard surf fans, film makers, and industry heads, who gathered outside by the water’s edge as the smell of Pintxos wafted over from the restaurant.

The air was warm and the beer, courtesy of Swifties, was cold and flowing freely. General merriness ensued with compère Sam Lamiroy kicking things off with an Instagram photo competition, complete with prizes from event supporters Brixton, Iron & Resin and Finisterre handed out to those who snapped the best pictures. Followed by Sam’s unique philosophical musings about the digital and analogue spaces in which surf publishing exists in 2016, and we’re ready for a quick glimpse of UK surfer Mark ‘Egor’ Harris’ latest adventure to Northern Spain.

Matt Crocker, Director of The Endless Winter, and currently working on the production of Endless Winter II, said a few words about the new project and screened the first webisode (which is due to land online in a few weeks), featuring a look at the European surf mecca that is Mundaka. 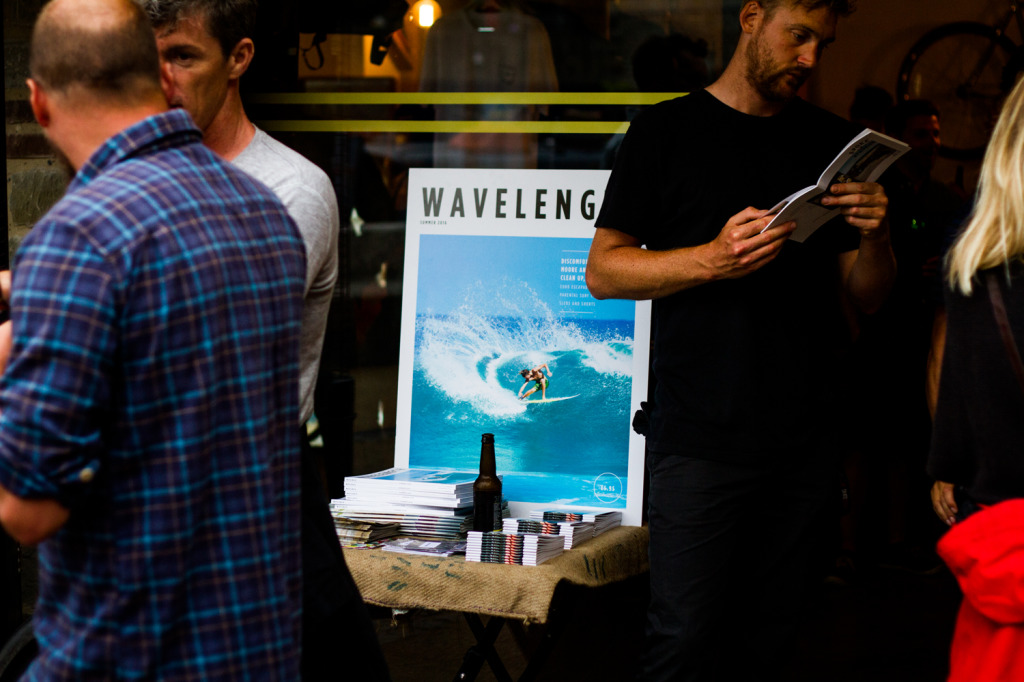 We’d like to thank everyone who came down to both parties for helping us celebrate the launch of another issue and we look forward to seeing you all at the launch party, with details to be announced soon.