Home » Welcome To The Channel Islands

Welcome To The Channel Islands

Floating mid-way between England and France, this is Britain's most idyllic little archipelago

The Channel Islands is an idyllic archipelago, floating just off the north coast of France, made up of two main landmasses, Jersey and Guernsey.

Jersey, which enjoys a high quality, variety and consistency of waves, has produced a high standard of surfers over the years, with many notable names including Ben Skinner, Ian Batrick, James Hick and Joe Davies. Its neighbour to the north, Guernsey, has enjoyed a little less of the lime light over the years, but the island also boasts is fair share of quality set ups, most of which break over it’s abundance of reefs and boulder

Both islands pick up swell all year round, and the most popular waves are prone to over-crowding in the summer, perhaps partially due to Island’s population density, which is almost 6 times that of cornwall.

Also, with an enormous 10-meter tidal range and a narrow swell window the conditions can become unstable. But despite these nuances, a little bit of local knowledge and a speedy car to get you from A to B, classic waves can be found.  The islands have a strong exposure to a NW Atlantic swell, and hold some of Europe’s last untapped big-wave reefs, ready and waiting for those thrill seekers. 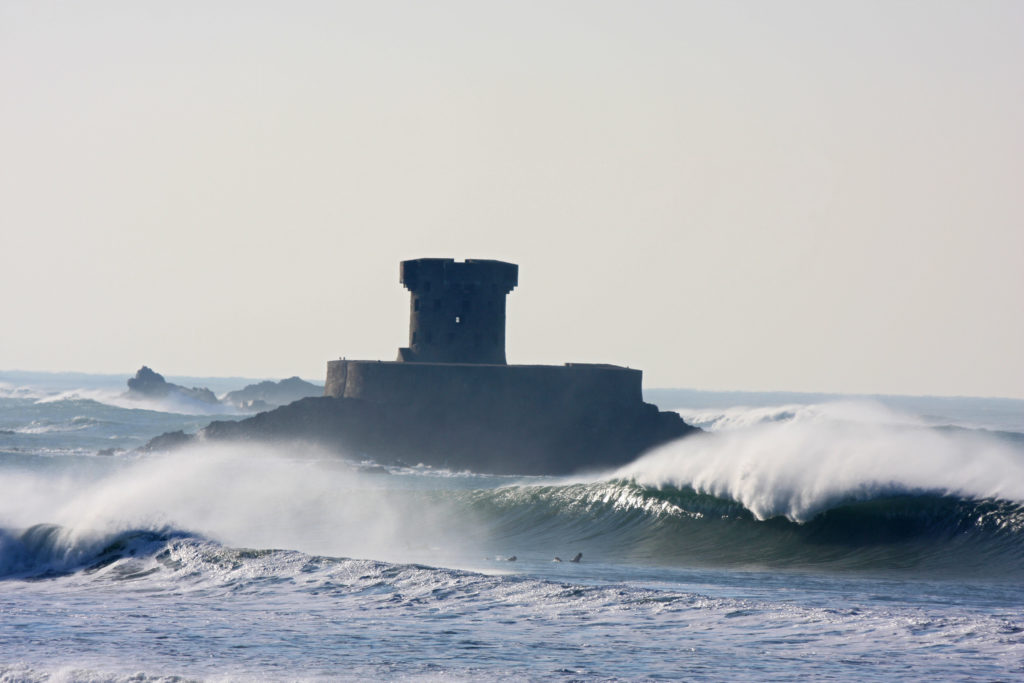