Chris Nelson takes us to the roots of east coast surfing

Cresting the top of the cliff, the split second before the North Sea is laid out before me, my heart rate still increases palpably as the rush of adrenaline hits.

In my early days of surfing, before I figured out how to read a chart and before the Internet brought swell forecasting to the masses, this drive was my beat. Reaching the peak of Saltburn Bank the conditions would be revealed for the first time, framed between the iconic pier and towering headland.

There was always a sense of apprehension that built as we passed the petrol station on the A174 and drew closer to the hotel and the big reveal. Would the drive have been worth it?

But I always knew back then that I’d be getting wet whatever kind of welcome Huey had arranged. I’d paddle out in six inch peelers or eight foot onshore white-water. As with so many surfers from the northeastern reaches of England, Saltburn-by-the-Sea was where I was baptised into the surfing tribe, where I rode my first wave, where the hook was set.

This town was once a sleepy beachside hamlet, where fishermen launched their boats off the beach, braving the waves at Penny Hole. The Victorian resort grew atop the cliffs overlooking the sea in 1861, with rows of terraces named after precious gemstones.

Surfing arrived just over a century later, when the ‘big three’ launched into the waters. John Roughton, John Smith and Ian Davies were inspired by a newspaper article and, looking out at the ocean on their doorstep, decided to give it a try.

Board availability was extremely limited: there were a handful of emerging board builders in Cornwall, but their products were not only expensive, they were over four hundred and twenty miles away in Newquay – nearly a twelve-hour journey in the pre-motorway era.

So, like many surfing pioneers through the ages, John Smith decided to build his own with the raw materials at hand. The nearby ICI plant at Redcar provided him with ‘A’ grade polyurethane foam and the means to take his R&D to the next level. Clad in crude diving suits and a steely will, the three would take to the sandbanks at Saltburn pier whenever the swells rolled in. Tim Gladders and others began to form the nucleus of a surf club and a waveriding community was born.

Looking out over Saltburn beach today from the cliff top benches, the waves are clearly defined. The peaks around the pier are the most popular and flexible, the pylons helping sandbars form and delivering a constant stream of rip-able lefts and rights through the tidal range. To the south in the corner nestles Penny Hole, a sweet cobblestone A-Frame that can be a fun diversion for those who don’t mind the short walk. And south again rises the dark headland, steep vertical cliffs that watch over Saltburn Point.

Legend has it that none other than Jack O’Neill described it as one of the best points in Britain, if not Europe – but then Jack did, famously, have only one eye. “Saltburn Point is a fickle, almost shy wave,” says local prodigy Andy Cummins.

“It reduces the swell rather than amplifying it, hates almost every wind direction and has an ugly ledge that can stop you mid wave. But on it’s day it can give you waves you’ll remember forever. I heart Saltburn Point.”

And then to the south further, one gets into the territory of flat slabstone reefs, where the locals guard their secrets well and where sessions are spoken of only in hushed tones. Lessons of lost paradises have been learned well on this coastline. From now on secrets are for keeping.

Riding the funicular railway down the grassy cliff deposits you at the oceanfront shop that Nick Noble and Gary Rogers opened at the start of the 90s. “It wasn’t until the summer of ‘82 that I moved up here from Wales,” explains Gary, leaning in the shop doorway, eyes occasionally glancing out to the surf.

“When we had our split-screen van, quite often you’d get ten or twelve VWs down here on a Friday night,” he says. “We’d all camp over; have BBQs and fires on the beach. There’d be twenty or thirty people; it was a good social scene.”

Saltburn lynchpin Nick Noble was selling wetsuits and leashes to the local crew and Gary was bringing boards up from Roger Cooper, so the two budding entrepreneurs decided to join forces. “We looked at getting a shop in the town but we thought it wouldn’t work there. So in 1986, it became the mobile surf shop, at the time there were no surf shops on the east coast.” On the seafront they plied their trade from a Luton Box van, occasionally venturing north to Tynemouth or south to Scarborough.

Nick and Gary undertook some market research and soon had a list of over one hundred and fifty names – surfers who came from within the Saltburn scene, the Whitby and Hartlepool crews, as well as from Leeds, Durham and York.

“We built the shop in 1990 and were trading by ‘91.” By ’94 there were around two hundred and forty names on the list. “We always had a special bond with the Whitby crew,” says Gary.

“We’d often have little contests and sometimes they’d win and sometimes we’d win. There was a bit more rivalry with the Scarborough crew. They’ve run a contest there since the seventies, and we’d all go down and take part.

But, after the contest was finished, we’d all go out drinking on the night and have a good laugh together.” The focal point for the thriving surf club was The Ship Inn. Here surf photos decorated the walls depicting classic days when the surf pumped and feathering peaks reeled under the Victorian pier. “It changed around ‘84 when the new landlord didn’t like the clientele,” explains Gary with a smile.

The North Sea crew has always been raised to charge hard in these often hostile conditions – when long flat spells can end abruptly with a macking long distance groundswell kicking down the door, brown peaks fanned by the snow laced bite of off-shore breezes.

“Surfing in Saltburn is an extreme sport,” explains Andy. “You have to survive the cold – I’ve had the water in my hair freeze on the short walk home, there’s the short winter days (dark by 4pm in mid-winter) and painfully long flat spells.

But adversity brings the surfing community closer together.” With winter water temperature that regularly dips to 4 degrees, and the wind chill in minus double digits, this is a truly hardcore season, but then the summers can be surprisingly mild and swells often sneak through under the radar of the watching websites and masses. One of the factors that helped bond the crew together was their fight to clean up the waves. During the 80’s and 90’s raw sewage was discharged here, and I remember vividly walking through a high-tide slick of condoms and sanitary towels. “As a grom, surfing in Saltburn was often like surfing in a sewer,” Andy explains.

“But Saltburn was no worse than the majority of beaches then. Sewage disposal meant pumping raw sewage into the sea, only for onshore winds, swell and currents to simply bring the pathogens and sanitary waste back into the line-up.”

Surfers of the Northeast were particularly vocal and active members of Surfers Against Sewage. These early experiences obviously had a profound affect on Andy, who is now the Campaigns Director for the organisation. “SAS has been successful in almost eradicating the continuous discharge of raw sewage. However, the water companies have their loopholes.

After periods of rain untreated sewage can be legally discharged and this still happens at Saltburn. We take surfers’ voices from all over the UK to the corridors of power. We’ve been able to persuade the water companies to inform us when sewage is discharging at Saltburn in real time (and another 150 beaches in 2012), and we’ll pass this on to surfers. SAS has achieved a hell of a lot, there’s lots to celebrate, but still lots more we need to do!” 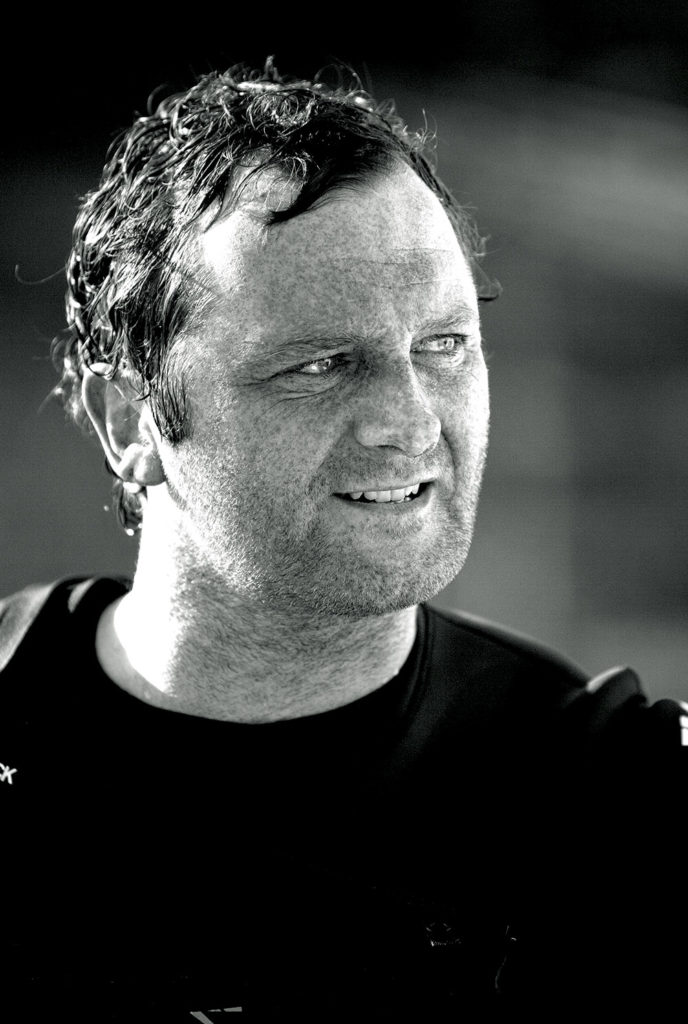 Saltburn-by-the-Sea is probably the Northeast’s best known surf spot, but it is also one of the country’s most flexible. Beginners can progress quickly here, but when the Arctic swells kick in things hit a whole different level.

The local crew are a hardy bunch, but also a handy bunch. As Andy explains “The standard of surfing here is pretty bloody good, with some excellent shortboarders making the most of the long barrel sections and boosting big airs.

The longboarders are some of the most stylish in the country – it’s a great place to surf. But if you’re visiting, please be respectful to the locals, they put up with a lot to score their waves. All they ask is you give them the respect you’d expect at your local beach.”

This article was originally published in Wavelength issue 214. Be the first to get our articles in print and online by subscribing here.