Tramore is a seaside town in County Waterford on the southeast coast of Ireland. It is the centre of surfing in south east Ireland boasting a 5km stretch of beach and a pumping local club, the T-Bay surf club.

Formed in 1967, the T-Bay surf club is Ireland’s oldest surf club and is probably the most active too. According to the club “Kevin Cavey, the ‘Pied Piper’ of Irish Surfing, brought modern surfboards to Tramore Bay in 1966.” “The Tramore lifeguards and a few other local lads were excited from the start by this new craze of water sport. Many of those same people (who surf to this day) were quick not only acquire their own equipment, but also to form their own surf club.”

More recently the club has been involved with the creation of the Irish Surfing Hall of Fame. “Each year, Irish Surfing ‘Legends’ are inducted into the Hall of fame and their name and photos are added to the walls of the surf centre.” 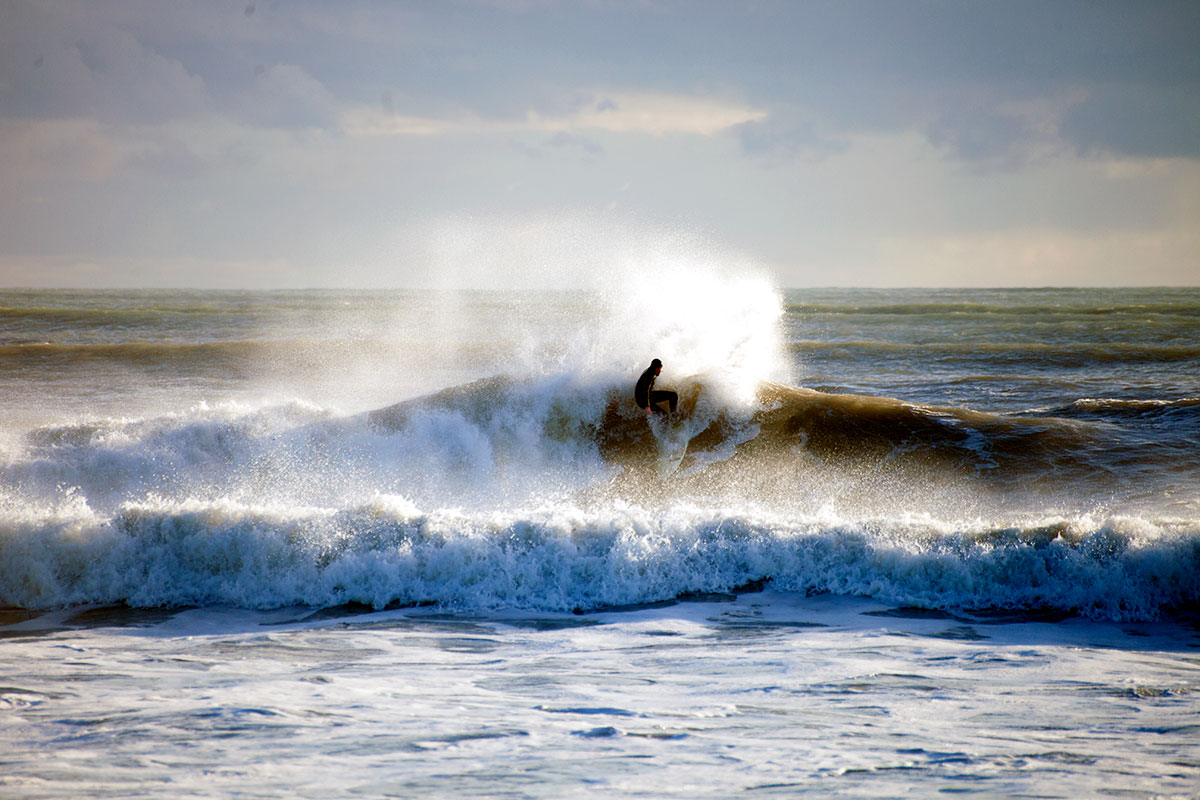 T-bay does pick up a decent amount of rideable waves throughout the year and with nearby spots including ‘The Incredible Wave’ and ‘The Perfect Wave’, you’re bound to score, if the names are anything to go by.

When these areas are blown out there is also the popular Kilmurrin Cove, a small horseshoe bay that due to its shape is pretty well sheltered when the rest of the area is being smashed around. Strong currents on both sides create paddle channels that can be used to get out back when it’s firing.

Surfer and photographer Richy Needham was in the area for this early February session and captured these empty line-ups.