Who Was The First Surfer To Get Tubed?

History tends to remember the first, often at the expense of the best. Being the first to do something can, after all, never be repeated.

Those who perform feats of derring do never before accomplished tend to be ever upheld for their primacy. Those who stood on the precipice and saw what no eyes had looked upon before, beholding presents and futures hitherto unadmired, even unimagined, have their names etched indelibly into lore for eternity.

But when it comes to surfing’s ultimate thrill – riding inside the tube – surfing, a culture with a deep fascination for its own mythology is uncharacteristically cagey about whom exactly rode purposely behind the curtain of a pitching, hollow breaker for the very first time.

Despite the ancient Polynesians’ surfing heritage going back centuries, it’s unlikely to have delivered many tubes. The finless equipment they rode toward shore was unlikely to have been able to trim a line inside a wave, or at least on purpose.

But unsurprisingly, the Hawaiian Islands do hold the key to surfing’s first forays inside the tube, during the mid 20th century’s paradigm shift from the old ways, to the modern era.

According to the EoS’ entry on tuberiding, two particular surfers are cited for their exploits at the then new wave of Ala Moana – the fast left hander breaking on summer, southern hemi swells in the entrance to the Ala Wai harbour in Honolulu.

Those surfers are Sammy Lee and Conrad Canha.

“I’ve heard that style of surfing (in the tube) being attributed to me and Conrad,” said Sammy Lee in the Surf Stories podcast of the historic sessions at Ala Moana Bowls in the summer of ’62, “and I suppose you could make a case for it being kind of true.”

“We did get tubed, but it was partly accidental. It was partly because our boards were slow and clumsy, they’d actually find their own way in the tube.”

“I do remember one day that summer, Gerry Lopez paddled out and said to me, “Holy smoke, you were buried in that thing, I dunno how you do it and then make it out.” I think I replied something like, “Neither do I.” 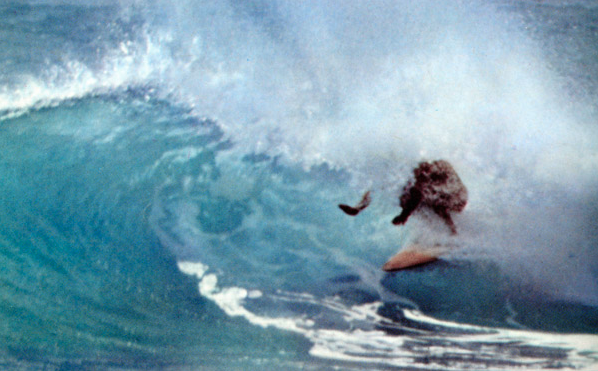 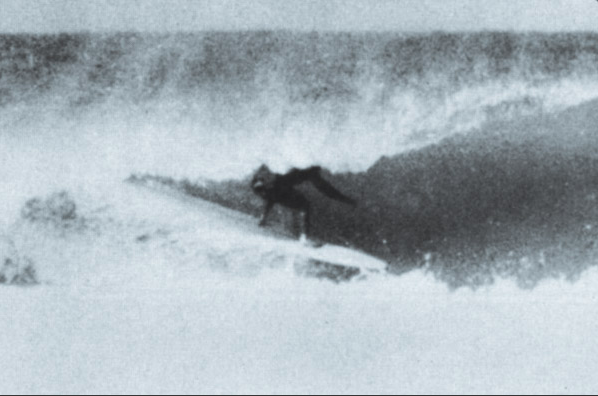 “I never went back to Waikiki after discovering a taste for the hollow waves at Ala Moana, well only to paddle canoes. My friend Gismo had first told me about about the wave, and it was fairly new, it didn’t even have a name. I had been created by dredging the Ala Wai channel for the boat harbour, and on big swells, the inside section got seriously hollow.”

Soon joined by a local crew including the likes of Donald Takayama, Kimo Hollinger, Paul Gebauer, Ala Moana became the new epicentre of performance in Town.

The following winter Butch van Artsdalen and John Peck were captured getting properly tubed at Pipeline, and after centuries of skilled and yet mainly limited to riding in front of the wave surfing, the sport suddenly had a brand new, inimitable sensation.

Part manoeuvre, but mainly experience, tuberiding is the one thing that still, over seven decades later, sets surfing apart from all other endeavours.

Once in a while you get locked so deep in the tube,” Joey Cabell would tell Time magazine in 1963, “that nobody in the beach can see you. And when you come out in the end, why, you aren’t even wet.”

[Stretching before surfing? Jaunty little mince up and down the sand? As with so many of surfing's polarising issues, being decisive is more important than being right. The executioner’s blade [...]

The History Of The Pigdog- Who Invented It & Where Does The Name Come From?

Ever wondered why it's called the pigdog, and who first utilised it for backhand tube riding?

Pigdog is one of those words in surfing vernacular that draws a funny look when uttered around anyone unfamiliar with its meaning. The rest of us generally just take the weirdness of the word for [...]