Tenerife Is The Ideal Winter Destination For The Unpretentious European Surfer Looking for a hot, cheap, wave filled winter surf holiday? Look no further than Tenerife.

It’s February again. The days are short, the wind is always howling and far too many of your duck dives end up in an icy flush.

Sure there have been some epic days at home, and you’ll tell anyone who’ll listen how you actually prefer the winter, but really you want to shed the rubber and return to warm evenings chatting rubbish over cold post-surf beers. 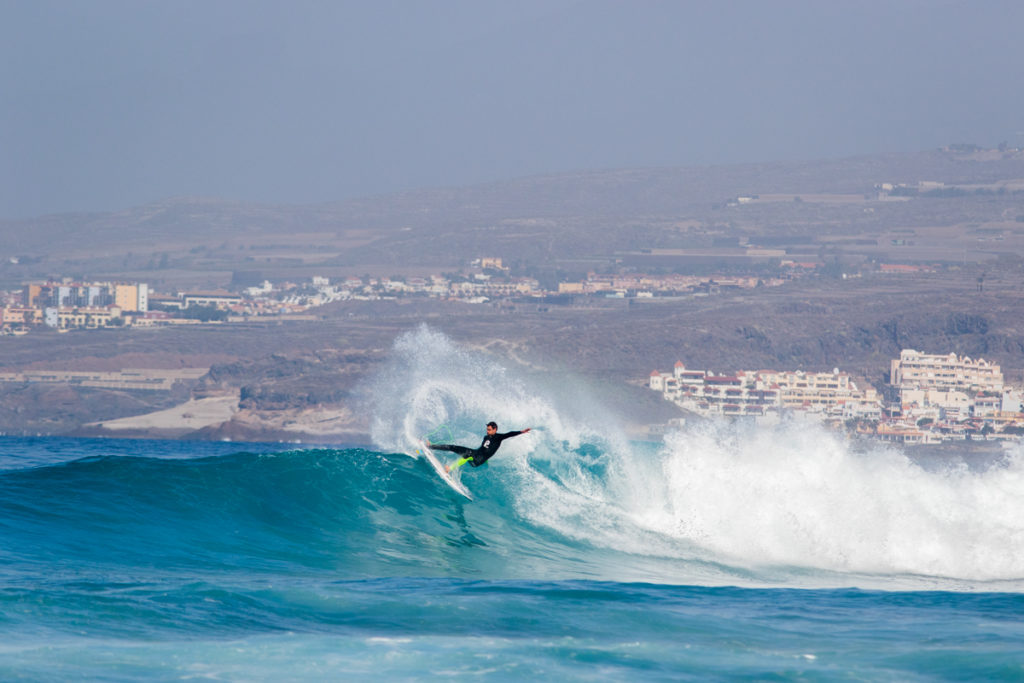 As part of our never-ending quest to aid and inspire your surf destination selection, earlier this month we jetted off on a crucial research mission to the always-balmy and beautifully unpretentious Tenerife.

Our trip coincided with the season opener of the Euro QS and you can read 5 insightful learnings from Wavelength correspondent Paul Evans regarding that, as well as listen to the latest episode of It’s Not The Length, featuring him and QS co-host Ben Mondy shooting the breeze live from the island. 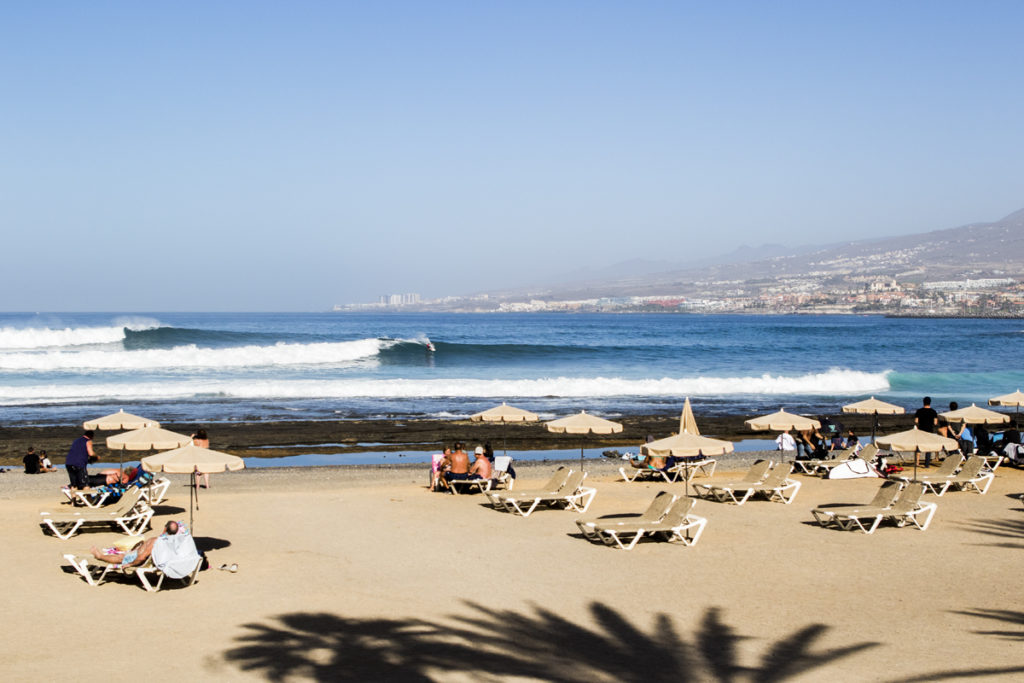 Here, however, we’re going to focus on equipping you with all the info you need to get yourself on the bandwagon of a scarcely earned winter sojourn.

Tenerife sits at the same latitude as Florida and enjoys a warm tropical climate all year round. Its location just over 200 miles of the coast of Africa also sees it battered by a non-stop stream of Atlantic groundswell and luckily for us, the bleakest months in Blighty happen to coincide with the most consistent for waves in Tenerife. While it’s often overshadowed in surfing circles by Lanzarote and Fuerteventura, there’s no doubt it still has plenty to offer in terms of good waves and good times. 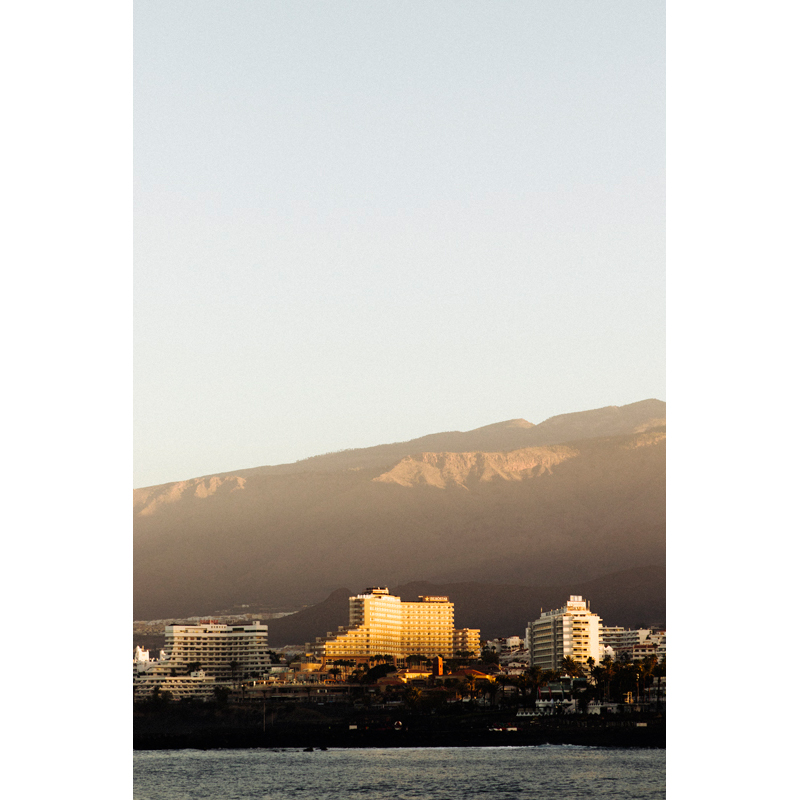 The island is split into two distinctive surfing regions, there’s the northeast, which is generally a little colder, wetter and less crowded while boasting a smattering of quality reef breaks and the uber-developed south coast. Most of the surfing activity in this area is concentrated around the large tourist town of Las Americas and its setup-rich stretch of volcanic reef, which catches big wrapping NW winter swells, with the prevailing NE winds grooming the lines as they march out of the depths of the Atlantic.

The best quality of Las Americas’ main breaks is La Izquierda, a super fun little bowly left that reels off for 100m. It’s highly competitive when its on and you might struggle to get a wave off the rabid pack of locals (you can hear Ben Mondy’s account of his efforts doing just that, here.) However, a short scurry up one of the slipperiest reefs in the northern hemisphere offers up numerous peaks, ranging from the short and punchy to the long and slopey. 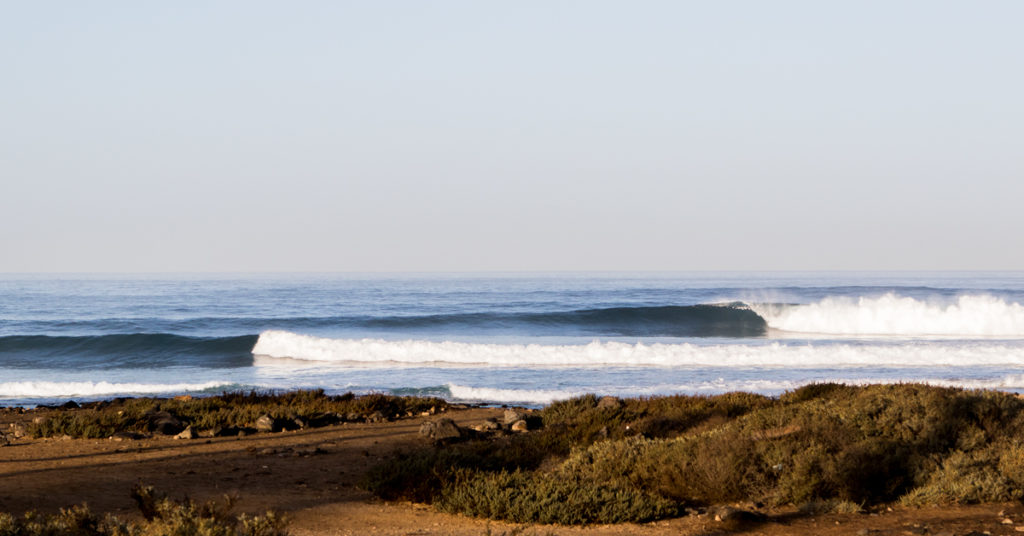 Basically, when the swell arrives, there are waves everywhere, spreading out the crowds and offering those willing to get up early the chance to surf spinning waves in either direction without too much crowd pressure. If you elect not to bring your own stick, there’s a wide array available to rent at Sport Club Tenerife, conveniently stationed a stone’s throw from the reef. They also provide lessons, wetties and a live surf cam of all the waves in Las Americas.

Logistically, everything about a trip to Tenerife is easy as pie. You can fly direct from basically every major UK city (and Doncaster) with every airline you can imagine (although we went for BA for ease and comfort). Upon arrival, you can rent a car for dirt cheap, but if you’re staying at one of Las Americas’ hotels or resorts, you won’t need one. It’s more of a roll out of bed, stuff a bit of all-inclusive buffet down your face and wander down the road to the reef sort of scenario. We recommend a full-board stay at the Spring Hotel Bitacora for its fantastic location, delightful rooms and massive choice of post and pre-surf grub. 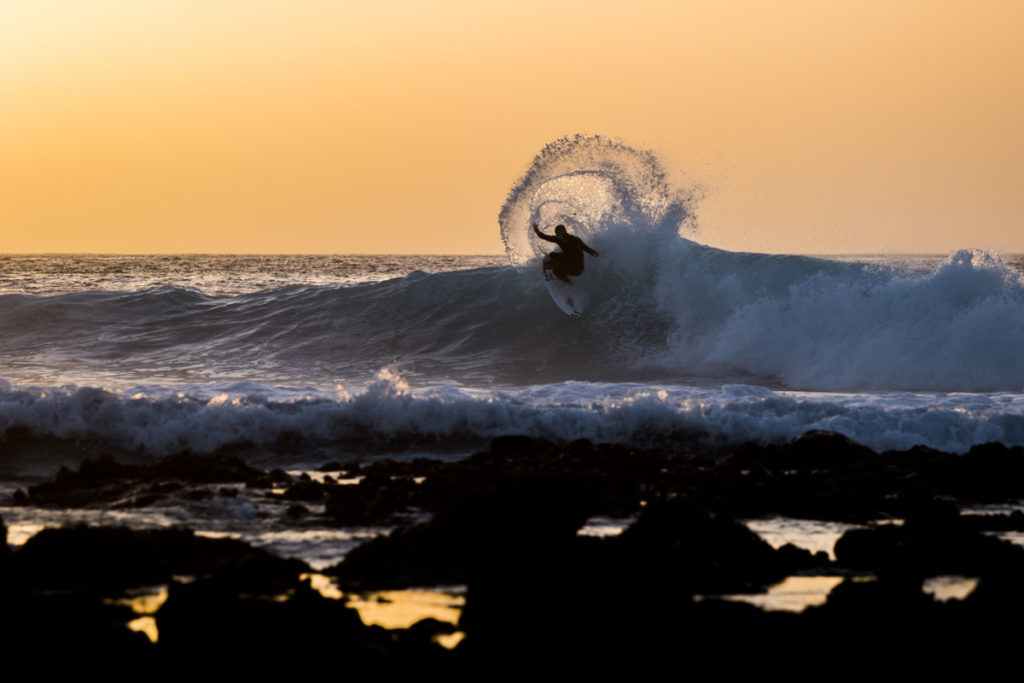 The nightlife is wild and cheap, with more bars than you could possibly visit, with many serving up pints for as little as  €1.50. A large beach club called Papagayo serves as the centrepiece of nocturnal decadence for the island’s large contingent of under 40’s.

For any flat days, there’s plenty to see and do, with the country’s dramatic landscape and abundant wildlife justifying its moniker as the Hawaii of the Atlantic. You can hike up the Mount Teide volcano at the centre of the island, explore the coastline by kayak or even zip about attached to a parachute behind a boat, if you so desire.

Our personal highlight however, was free diving with the folks at Ocean Friends Diving. After spotting turtles and dolphins on the boat ride out, we learnt a few breathing techniques and by the end of the day had managed to swim down to almost 10m on one breath hold. We were feeling jolly pleased with ourselves until our instructor’s casual admission on the way back that his own personal record was 85 metres. 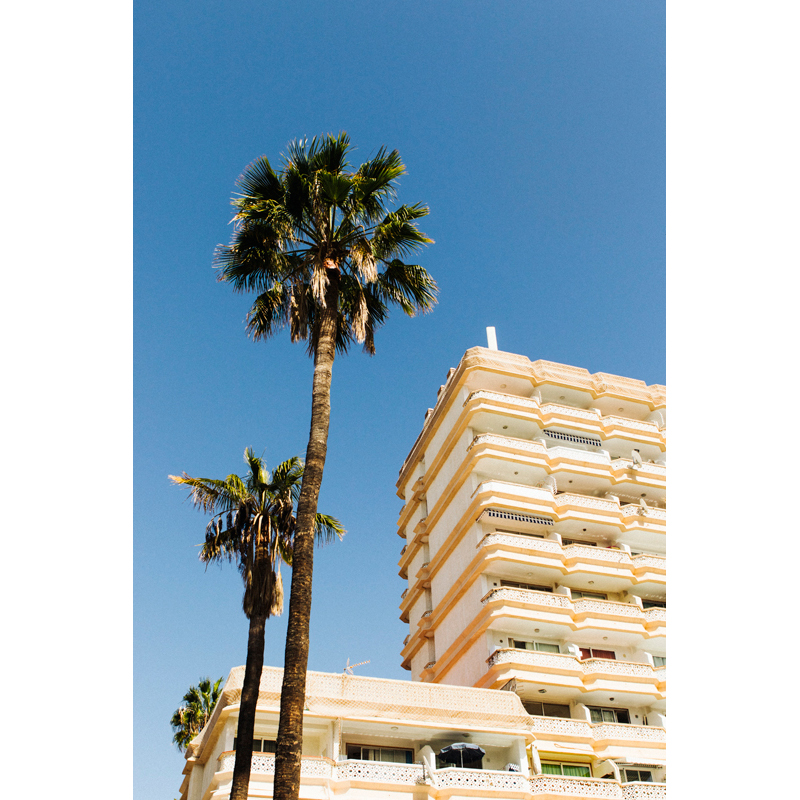 While a trip to Tenerife doesn’t necessarily offer a broadening of the mind, if you manage to pack in a couple good days of surfing over Las Americas’ volcanic shelves and a freedive session, when you return, swimming through local caves and surfing local reefs are sure to feel like a doddle. And if you don’t, at least you’ll have an excellent winter tan.