Home » In Conversation With Yago Dora

In Conversation With Yago Dora

The Brazilian Storm continues to strike

Anyone who follows professional surfing, and probably plenty of people who don’t, will have seen the term Brazillian storm used extremely often recently.

It’s usually referring to a changing of the guard currently taking place on the CT, that has seen Brazil suddenly emerge as the most dominant nation within competitive surfing, taking two consecutive world titles in 2014 and 2015.

However there is a second Brazilian storm that is much less often talked about that resides in the leagues just below the CT. The last two events on the WQS, in The Azores and Morocco, were both won by Brazilians and the one prior to that in Spain saw 3 of the 4 finalists hailing from the nation.

This WQS contingent’s approach to surfing heats is very much the same as their CT counterparts. It seems whilst the Aussie and American kids were all being coached to add extra whip to their carves and fit their turns in, rather than racing to the end section and trying an air, many of the Brazilian’s didn’t get the memo, and as well as making sometimes boring QS comps a lot more exciting to watch, their eagerness to go to the air looks to be paying off for them rather nicely in terms of results.

One of the surfers on the QS who exemplifies this approach better than any is 20 year old Yago Dora, who has been dominating daily highlight reels, particularly during the French leg, with his ridiculous aerial antics. We decided to catch up with the young Brazilian to talk about airs, comps and the Brazilian storm:

WL: When did you first get into surfing?

WL: I guess that’s not super late, but a lot of pro surfers have been surfing since they could walk. How come you started a bit later?

YD: I was really into soccer before and I wanted to be a soccer player. My dad was a professional surfer and he always wanted me to surf, but he never pressured me about it, he was just stoked about soccer too. Then he started working as a surf coach and Lucas Silveira was the first athlete he started coaching. Lucas was the same age as me and had sponsors already and was travelling the world and I was like ‘Fuck! I want to start doing it too‘. So I started going surfing with Lucas, and I thought ‘I want to surf like him!‘ He pushed me to try and be on the same level and I would stay out all day long because I knew I had to improve, because the guys my age were surfing way better already.

WL: In Brazil you’ve obviously got an amazing national football team and now so many good surfers as well. Is it because once Brazilian kids get into something, they can go and do it ever single day? Is it a national passion? Or something else? 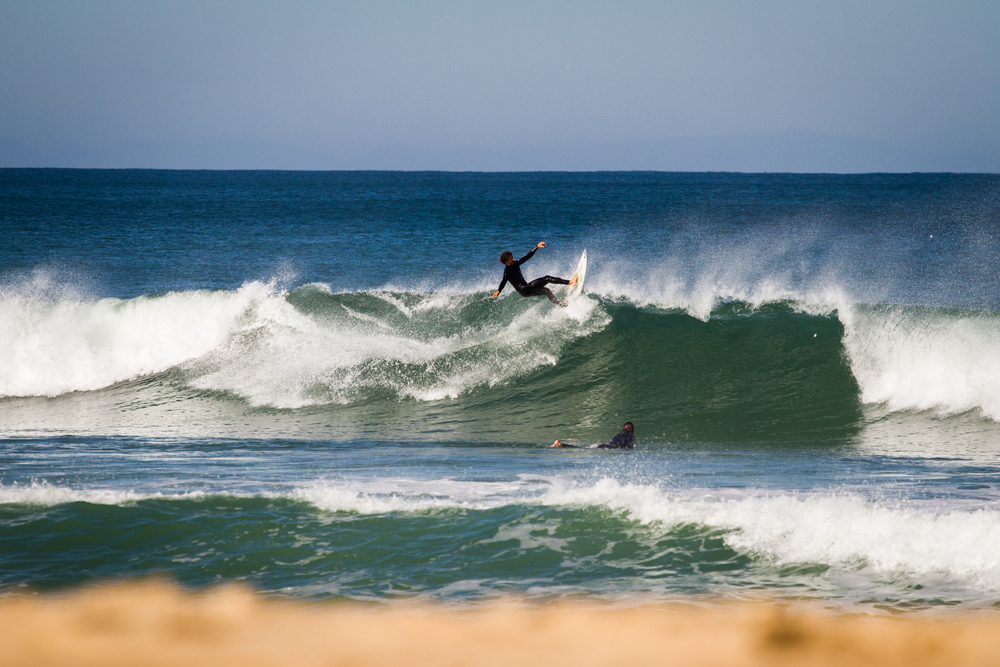 WL: Do you think that Brazil has produced the most consistent aerialists?

WL: And so why do you think that is?

YD: Well I always see John John surfing these crazy rampy waves that are really good for airs and the winds just right. In brazil we learn to do airs in kind of shitty waves for airs, so when we get good waves for them it’s hard to make mistakes, when we get a good ramp you’re like ‘Fuck I’m going!’

WL: In Anglet in two of your heats you got both of your scores from a single air on a wave, is your heat strategy going into heats: airs and turns if you need them?

YD: Usually I try and start my heat with two regular waves, and try and build it, but I was doing airs in Anglet and felt super confident for here [Pantin.] I started trying airs here and it didn’t work out, but I think I got confused in my own confidence, that happens in surfing, sometimes your too confident and you fall and your not ready for that, and you loose it. I lost in a really easy heat yesterday, and I was needing like two fours or something but I was still trying airs because I was confused in my own confidence. WL: You’ve had a lot of love in the past for the free surfing clips you’ve put out from the international surf media. How come you’ve decided to get on the grind, do the QS and not just be a free surfer?

YD: I really like competing, it’s a really good feeling making heats, and you learn a lot too from being on the QS. I’ve got a lot to learn too because I’m just starting, but I feel like I’m getting a little better every heat I surf, not just surfing better but competing better too.

WL: And do you want to make the world tour? Or are you just doing the QS to learn and improve before becoming a free surfer?

YD: I want to go on the tour, you got to have a try get there and see what’s up.

WL: The guys on tour, like Gabriel and Felipe, who are incredible aerialists don’t seem to have much interest in making free surf clips. WL: If you go on Stab and some other international mags sites everyone’s rude about Brazilians all the time. Is it hard being a Brazilian in such an Aussie dominant international surf culture where everyone rips on you guys?

YD: It kind of sucks sometimes, but it doesn’t get into my head because it usually people who don’t even surf doing comments there. They don’t even know how surfing feels, they don’t even know how hard it is to surf a shitty wave. It’s hard if you’re on the QS to do trips to really good waves and put an edit out, they’re always complaining like ‘fuck these waves looks so bad, they should put a good wave edit‘. But I’m travelling for the QS, its not my fault if I don’t get good waves, I wish I was!

WL: And what’s it like with other Brazilians when you have conversations about those mags, do you all just say fuck those guys?

YD: I think no one really cares actually, they know people are always going to talk shit, its kind of funny, every time I see a Brazilian posting a video I go onto the comment and read all the bull shit in there, we don’t care about it.

WL: Thanks Yago and good luck for the rest of the year. Off the top in Anglet

This conversation got me thinking more about the Brazilians unrivalled aerial competence and where exactly it comes from. I wonder if it’s perhaps that they’re not as shackled by an obsession with looking cool that sees surfers from other parts of the world attempt less airs, as they’re worried about falling, or looking unstylish. Or perhaps, as Yago suggests, it’s the sheer determination that results from a narrower selection of dream career paths which the kids of Brazil aspire to take, when compared to those in the US or Aus. Once a Brazilian turns pro, their focus does not deviate from competition, with no modern free surfer pathway to follow, Brazilian surfers star in far fewer surf films or highly produced web clips than their contemporaries. And they don’t pour effort into starting their own brands like Dane or Kelly- their ambition lies solely in making airs and making heats, and perhaps that’s exactly why are so good at it.