Including all the afternoon onshore action the comp site, plus a groundbreaking aerial attempt from John John...

While the surfing that went down between the buzzers was extremely entertaining (although inconveniently timed for non-nocturnal Europeans), many observed that some of the best action occured when the webcast stream was off.

Both Shane Dorian and Albee Layer piped up early in the waiting period to implore the WSL to run the comp when the afternoon onshores started to puff to allow fans to witness the high calibre air show that unfolded daily out in the lineup.

Last year we registered our longing for a world where all competitors surfed with the abandon of Italo, and perhaps this event has brought us one step closer to such an eventuality.

Should he continue his reign of domination, driven in large part by his aerial prowess, a clear message will be sent to the rest of the field that the oft-repeated mantra of surfing at 80% to make heats is truly dead in the water. And that can only be a good thing.

Although defending world champ JJF crashed out of the comp early with an unceremonious loss to tour rookie Jesse Mendes, he remained in the spotlight after footage of him him throwing a super innovative Crossbones Lien Air emerged over the weekend. The manoeuvre, which is borrowed from skateboarding, is one of a string of virgin airs landed recently that signal the opening up of a whole new avenue of aerial progression. New grabs and tweaks will undoubtedly soon combine with rotations to create a pool of aerial manoeuvres that go well beyond the air reverse and full rotation variants that have dominated proceedings for so many years. What an exciting time to be a surf fan. 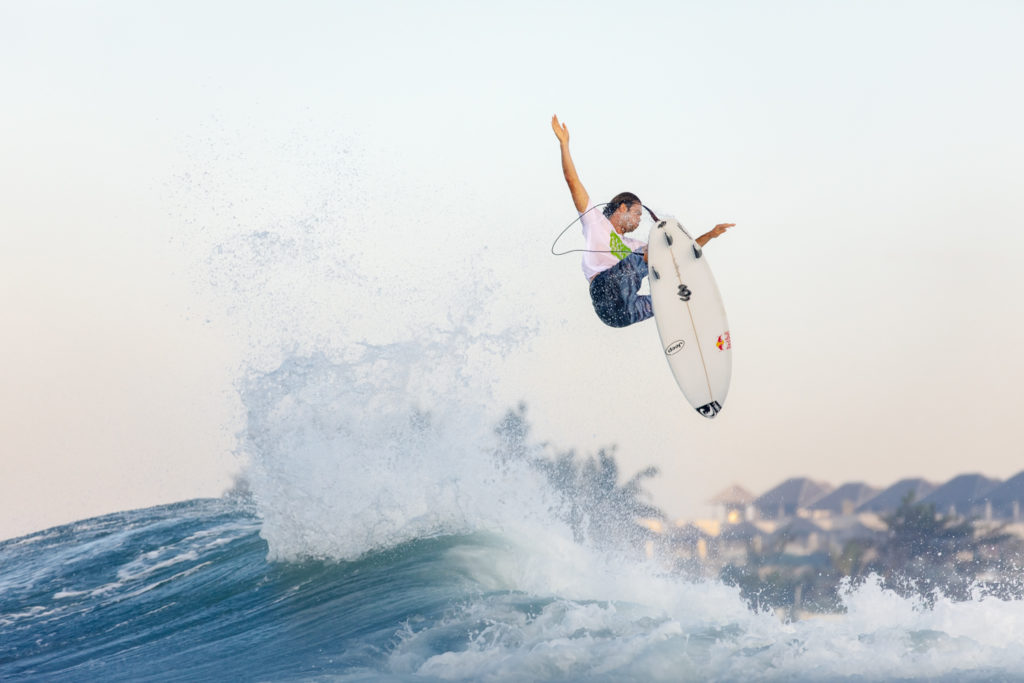