The importance of making waste valuable, the unlikely supermarket leading the charge and why emotional connection is vital...

On Monday a collection of activists, academics, businesspeople and royalty convened at the Wheal Kitty workshops in St Agnes to discuss the largest issue blighting our ocean environment and share some of the most innovative and exciting solutions currently being proposed.

We listened attentively as a procession of inspiring speakers took to the stage, with impassioned calls to action and tales of collaborations interrupted only by occasional heckling from a group of penned sheep just outside the tent. But more on them later.

The event, hosted by Surfers Against Sewage and Finisterre, boasted messages too numerous to mention, but we’ve selected five of the most memorable to share with you. 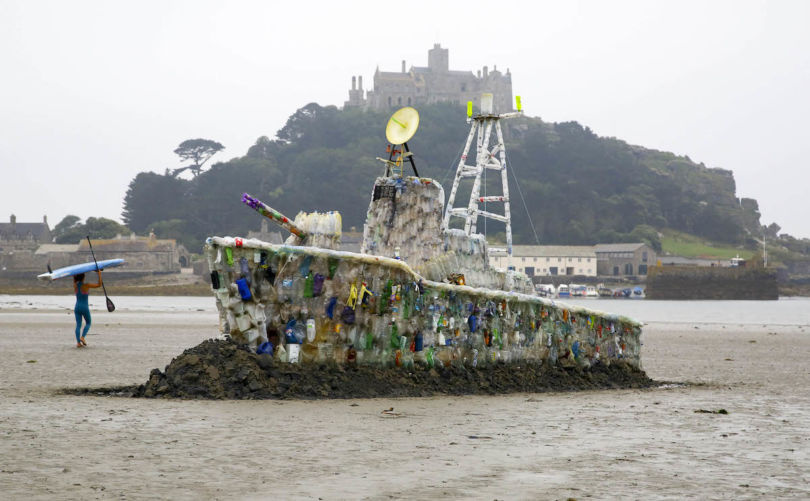 “It’s had an impact on every human industry and revolutionised the very way that we live. It’s helped us explore the deepest ocean trenches and the tallest mountains on earth and has even taken us beyond our atmosphere through space travel.”

“But”, he continued, “the very properties that make it so useful, also make it so problematic when it escapes into our environment.”

This dichotomy underpinned many of the day’s speeches; plastic used intelligently can be a driver of progress, however our societal addiction to single use plastics, with a very short life in service and a very long life as waste, has led us blindly into the current crisis that we face.

While many of the solutions hinge on replacing plastic with other materials, for the products where it’s the best material for the job, professor Richard Thompson OBE described two fundamental changes at the design stage which could put us on the right track.

Firstly, products that release plastic waste during their lifetime (like microfibres from clothing) need to be redesigned to emit much less, and secondly, forethought needs to be given to where the product will end up at the end of its life. Ideally, the latter innovation would involve the product being designed to break down into the raw materials from which it was made, which would both reduce our reliance on fossil fuels and ensure the products in question don’t end up as waste. 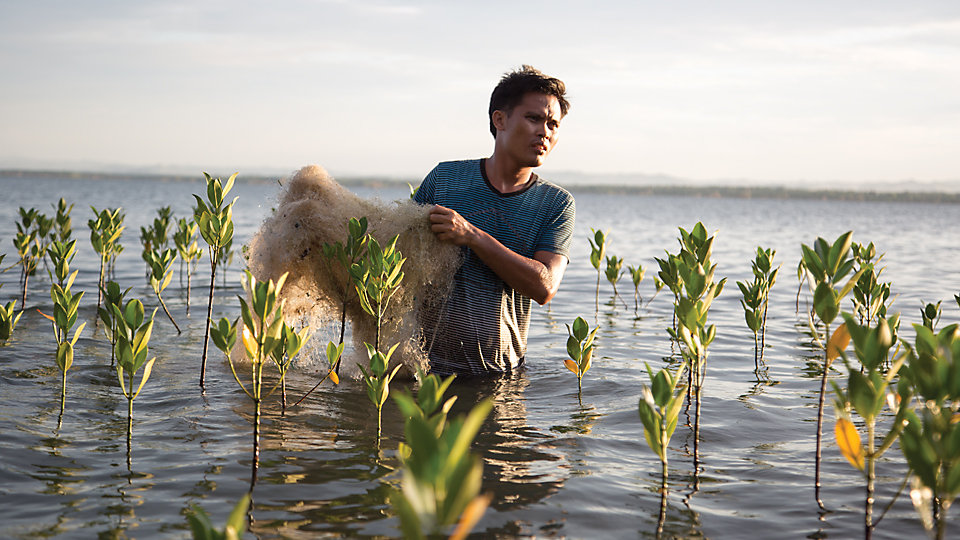 Making Waste Valuable Could Change Everything

One of the most inspiring stories of the day came from an island in the Philippines, where speaker Heather Koldewey has been working for over 20 years on the challenges of promoting sustainable living in impoverished communities.

Those on the island have lived solely off fishing for several decades, however, in recent years depleted fish stocks have begun to pose a problem. Less fish require more fishing nets to catch them, and with no recycling or waste management, the fishing nets inevitably end up as waste in the sea and on the beaches.

Working in partnership with a carpet tile company called Interface, Koldewey set up a global supply chain for these discarded nets to be recycled. They are collected off the beaches by local people, cleaned, baled and exported.

Companies buy up the bales and break them down into nylon yarn, which is then used in everything from clothing to carpet tiles. So far, the project has successfully removed 195 tonnes of fishing nets out of the environment, decreasing the communities financial dependence on fishing and increasing the wellbeing of the local people. 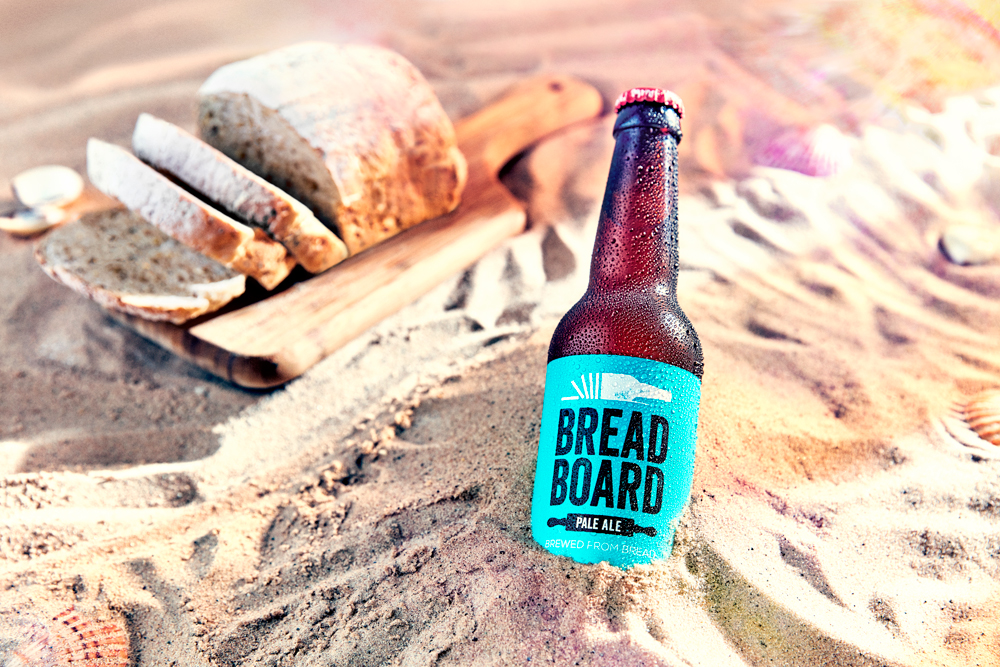 The new Iceland Bread Board IPA.

Innovation Can Come From Unexpected Places

Just over three years ago, Richard Walker took over as the managing director of Iceland supermarket and it quickly became clear that he was planning a serious sea change for the company. In January, he announced plans for Iceland to become the first supermarket to completely eliminate plastic packaging from their own label range by 2023. The news was followed by a string of other environmentally-focussed campaigns, including the installation of reverse vending machines, which offer vouchers for recycled plastic bottles and a trial to completely replace plastic carrier bags with paper ones.

The store has also pledged to remove palm oil from all its own brand products, the production of which is currently responsible for large amounts of deforestation. Recently, Walker announced the supermarket’s waste bread will now be used to make beer, which will then be sold in store, with the profits donated to SAS.

During his rousing speech, Walker also spoke of his excitement for the potential of totally compostable packaging in the futre, made entirely of organic bio-matter, which could in turn give a real boost to UK farmers.

Walker is himself a keen surfer and he spoke sincerely and passionately about how his love for the sea and lifelong dedication to Greenpeace has inspired his recent moves towards putting his business firmly at the cutting edge of environmental action. 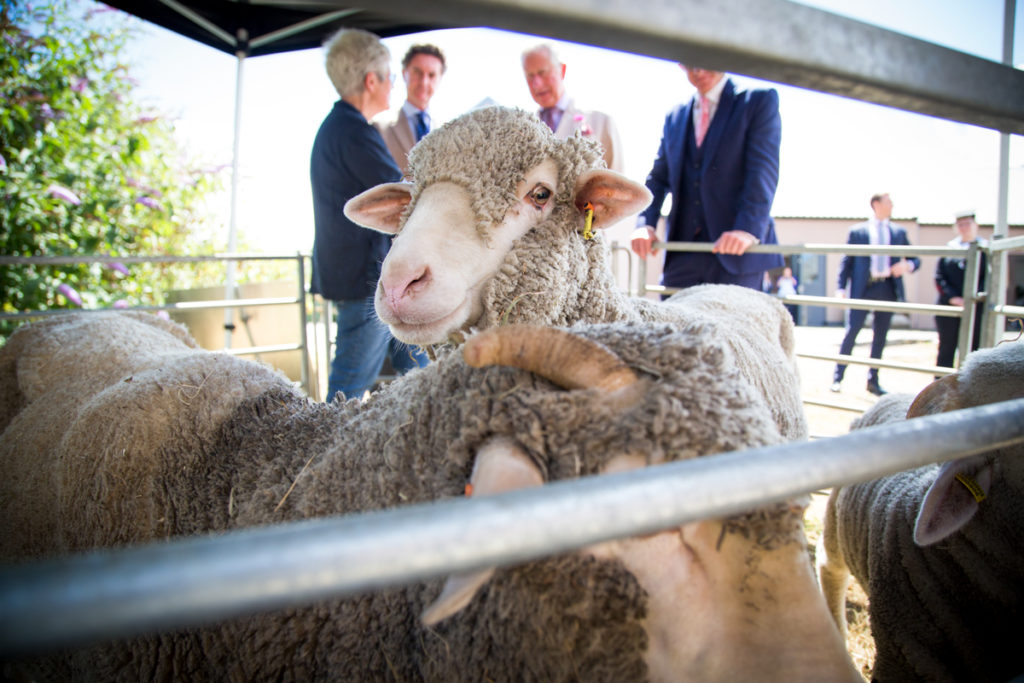 A pen of Bowmont sheep are introduced to The Prince Of Wales. Photo @abbihughes_photo

The importance of collaboration was an enduring theme throughout the conference with numerous tales of what can be achieved when companies think big and work together.

Perhaps the most memorable was the now legendary tale of Finisterre and the Bowmont sheep, as told by company founder Tom Kay.

After a tireless search for a sheep breed that could live happily in Britain and produce comfortable fine fibre wool, Kay found Lesley Prior, a rare sheep breeder based on a farm in Devon and owner of the last 28 Bowmont sheep left on the planet. The pair worked together to re-introduce the Bowmont, creating an entirely British supply chain from scratch. Nine years on and Prior now herds a flock of almost 300 Bowmonts, providing 700kg of fibre to Finisterre per year.

Other exciting collaborations included Dell computers and Lonely Whale, who are working together to create the computer giant’s plastic tray packaging from recycled ocean plastics. And Indian lawyer Afroz Shah, who convinced scores of volunteers from all walks of life, including slum dwellers, Bollywood stars and politicians, to join him in cleaning up his local beach, which was covered in shoulder high piles of rotting rubbish. 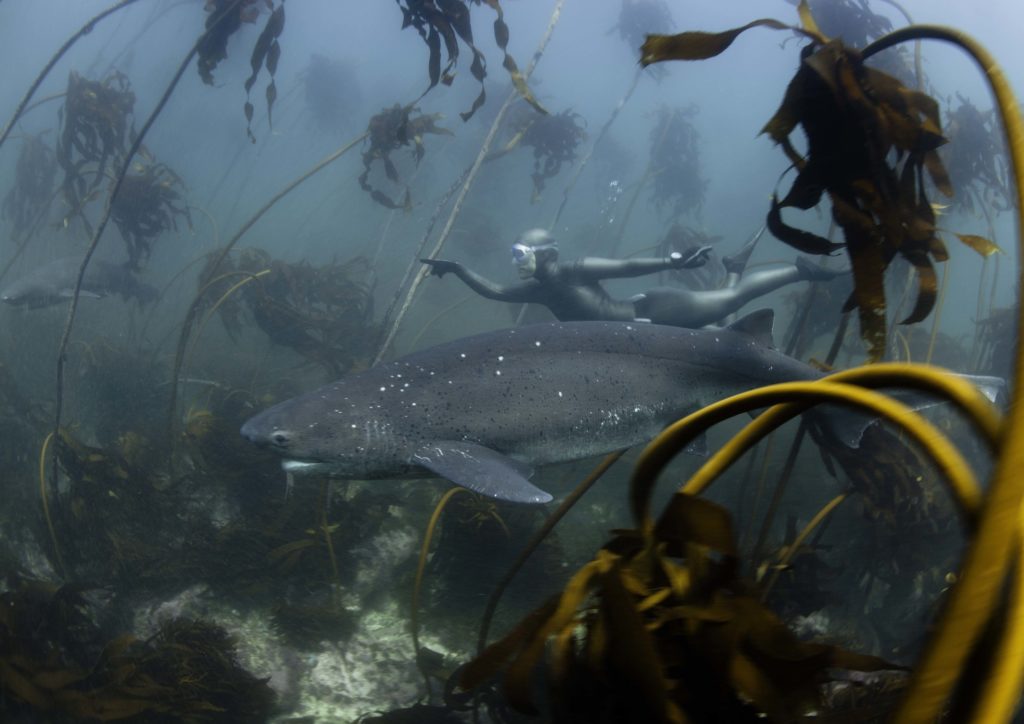 You’ve Got To Make People Feel

Another of the most inspiring talks from the day came from South African free diver Hanli Prinsloo, who runs an ocean conservation trust called ‘I Am Water’, dedicated to protecting oceans through human experience.

Prinsloo talked fervidly about her work helping people around the world to form an emotional relationship with the ocean and the creatures that live in it. Because feeling a connection, rather than reading facts or stats, she contested, is what’s needed to get people to change their behaviour and become a powerful force for positive change.

Many of the other speakers articulated a similar sentiment, describing how Attenborough’s Blue Planet marked a watershed moment in helping the general public connect with the issue of marine plastic on an emotional level.

Indeed, the very existence of the conference, hosted by two companies founded on a deep love of surfing and the sea, seemed to similarly attest to the notion that personal connection is the biggest galvaniser of decisive action.

As the conference wrapped up and attendees made their way down to the beach for a surf or a swim, the message was clear. We can all do our bit, by recycling, by beach cleaning, by using our purchasing power and, by sharing the love of surfing and the ocean, inspire others to give our marine playground the care it so desperately needs.