Home » The Newquay Premiere Of AI: Kissed By God Highlighted A Conflict At The Heart Of Surf Culture

The Newquay Premiere Of AI: Kissed By God Highlighted A Conflict At The Heart Of Surf Culture

Andy and Kelly's rivalry represented surfing's conflict between wild characters and clean cut sportsman and last night, it was clear which side the Newquay crowd was on...

Last night saw the Newquay premiere of Andy Irons: Kissed By God open to a packed out auditorium at the Lighthouse Cinema.

Praise for the film has been widespread and last night there’s no doubt it lived up to the hype. It’s a raw, honest, wonderfully interesting and ultimately tragic story about a truly unique life lived.

The cinematography is beautiful and the story telling compelling, with the film’s creators Teton Gravity weaving masterfully through the undulating narrative of Andy’s career. 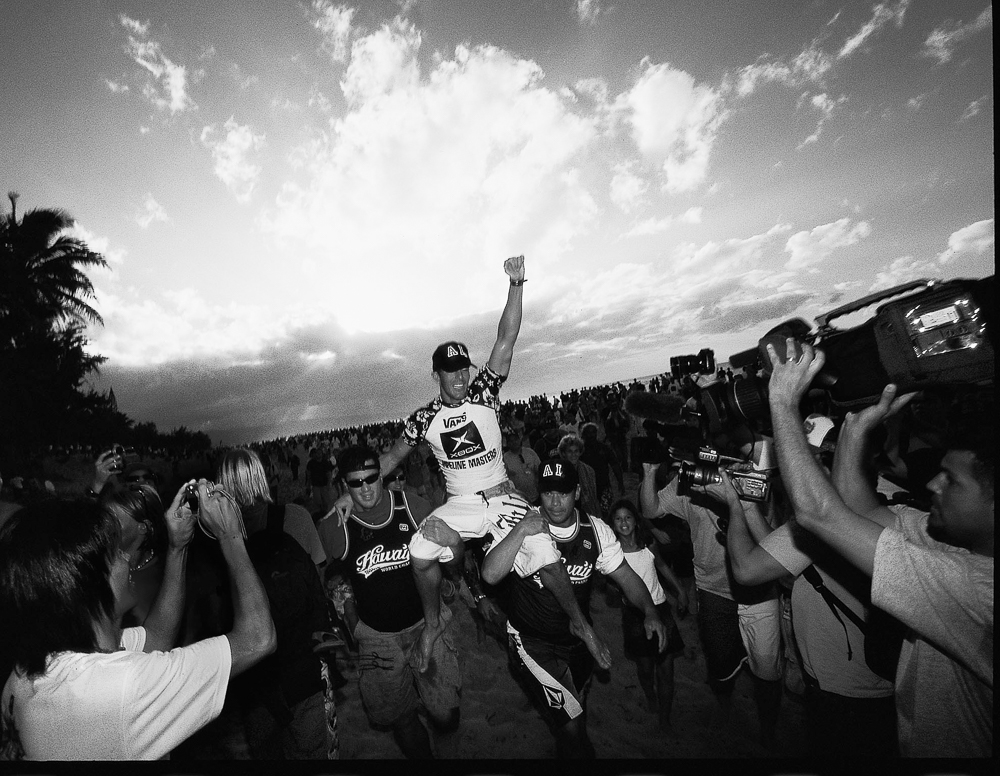 Like any great documentary Kissed By God deals with much more than that which is explicitly mentioned within the film. For us, last night’s premiere brought to the fore an interesting conflict that exists within surf culture.

On one side, there’s the celebration of loose characters and wild excesses, born of the lifestyle’s countercultural roots, and on the other, the more clean cut image of surfing as a professional sport, as promoted by the WSL and more recently, the Olympic committee. 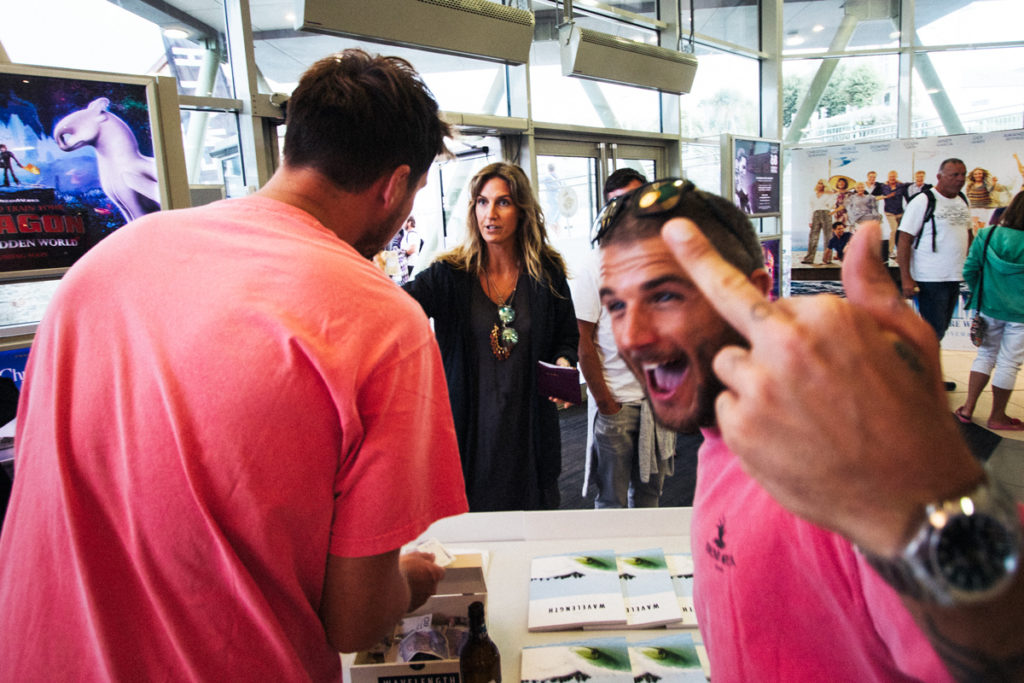 Watching the film with a Newquay crowd, hyped up by Wavelength’s own party boy in residence, travel writer Max Hepworth-Povey, brought this juxtaposition into sharp focus.

The film makes the compelling case that Andy and Kelly’s rivalry perfectly embodied this split in attitudes and unsurprisingly, the Newquay crowd were resolutely on the side of Andy. Indeed many in the auditorium were part of the world of competitive surfing in one way or another during the early naughties, when it wasn’t uncommon to paddle out for a heat, fresh off a bender, not having been to bed. And by their well placed hoots during the film, it seemed that’s how they liked it.

Andy’s death marked a tragic and inconvenient moment for those railing against the forces looking to strip away the counter-culturural elements and make surfing clean cut. He lived his life with the kind of revelry many aspired to, having it large and winning world titles in the process. But eventually his excesses lead to his death.

Of course, as the film points out, it’s not quite as simple as that. Andy was not just a party animal using drugs for his own enjoyment. He also was suffering with bipolar and used drugs as a way of self medicating.

However, that didn’t stop his death being used as a cautionary tale for those looking to drive surfing out of the realms of peripheral counter-culture and into the mainstream; where increasing rates of uptake by kids supported, rather than prevented, by their suburban parents, would lead to better sales, better viewing figures and a more cash rich industry. 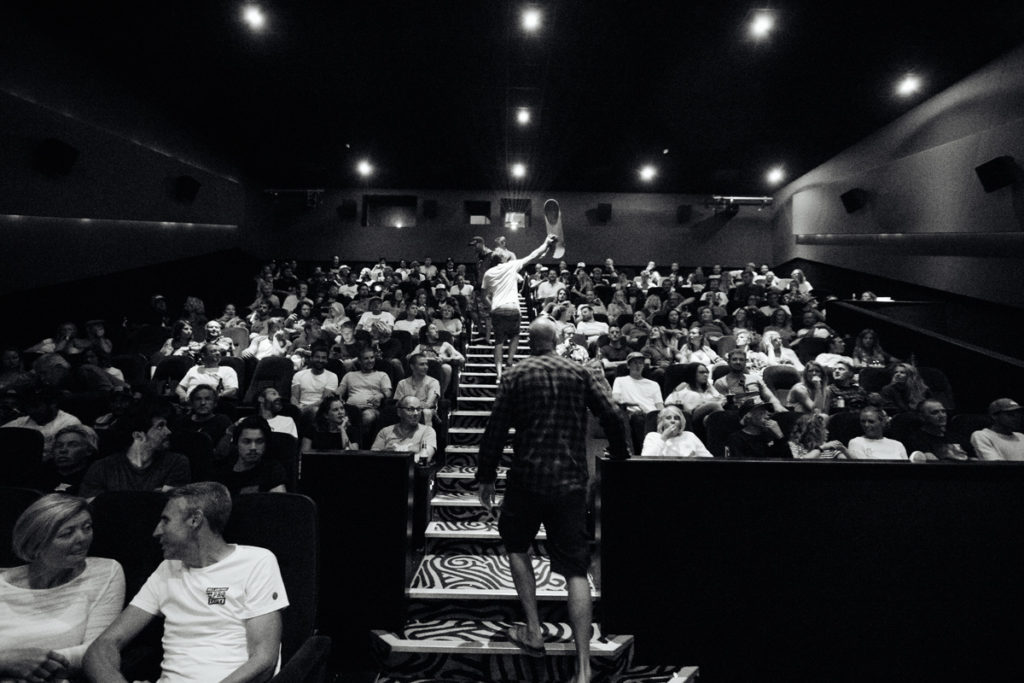 For the other side, his death made it hard to argue that no bad could come from a bit of youthful debauchery, and that it would all be alright in the long run- as it was with Occy, Pete Mel and Tom Carroll.

In the end, you don’t need to come down on one side of the other. In fact, the best option seems to be a perch firmly on the fence; celebrating surfing’s wilder characters while also appreciating Slater’s unbelievable ever-ageing athleticism, born of decades of yoga and chia seed enthusiasm. 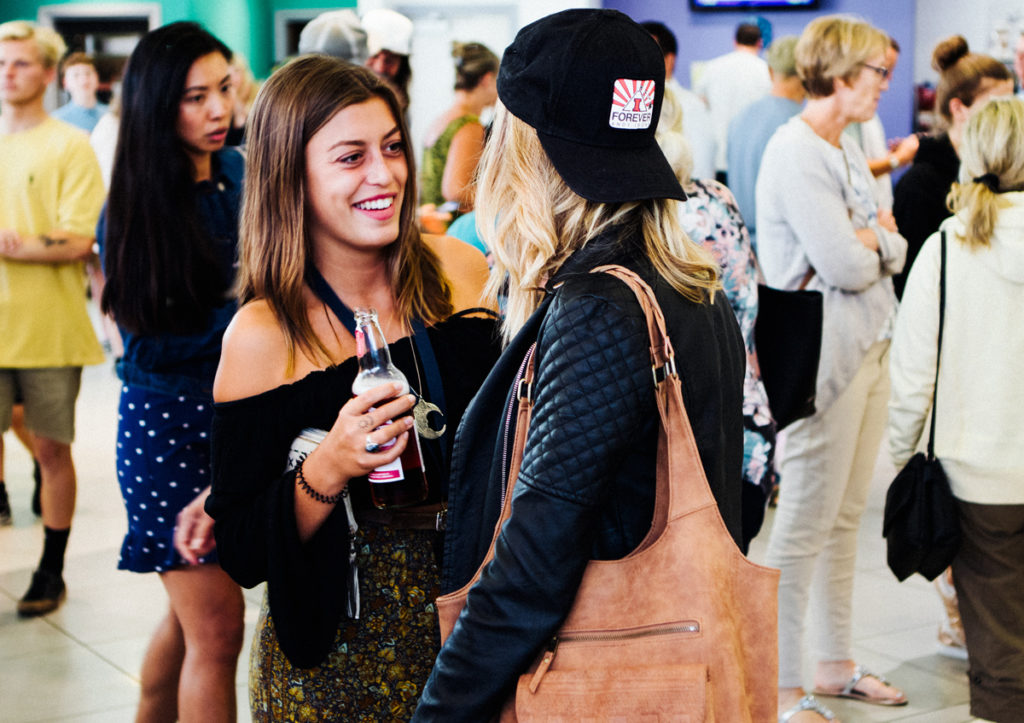 Surfing being something that simultaneously helps disabled kids find confidence and allows middle-agers to go on wild benders in obscure Mexican beach towns is exactly why we love it.

The worst possible thing would be for all of surf culture to becomes the same. Because then, there wouldn’t be any interesting stories left to tell.

There’s still plenty of chances to join us for a screening of Andy Irons; Kissed By God in a city near you. Check out our full list of tour dates here.