The locals in Loredo, Northern Spain are intensely passionate, proud, people. I’ve had eventful relationships with some key players of the community for a fair few years now, which has given me an insight into life as a local in Loredo. Loredo in northern Spain is the Basque country’s little brother

Firstly, Loredo is a cool little surf town that sits opposite Santander, 50 or so miles from Bilbao, but this is not the Basque Country, this is Cantabria, the Basque’s little Brother.

In the eyes of the surf and culinary world Cantabria sits in the Basque countries’ shadow, yet the towns and cities it inhabits, including Loredo, quietly flourish nonetheless. Both share the most underrated mountains in the World – the Picos de Europa (if you can underrate a mountain range) and the beautiful Bay of Biscay (you know that epic part of the Atlantic Ocean that delivers World class waves from Hossegor to Mundaka?).

Now whilst we all know that the Basque Country is famed for its food (shit I’ve even advised people to go to San Sebastian just for one Pinchos Bar), the Cantabrian cuisine is pretty top notch also. However you have to be careful around here as dinner doesn’t get going til 10pm and will only stop if you make it stop around 1am – a world away from our straight home from work, TV dinner culture.

And fuck me it’s a nice way of life.

But this whole area shares more than world-class Pinchos / Tapas, breath-taking mountains and a stunning coastline, the people share similar traits and a way of life. And fuck me it’s a nice way of life. The main trait I’m trying to lead on to is a sense of passion, family, proudness, unity. This isn’t one thing I know, I’m trying to summarise a fusion of all of the above into unique culture.

You may or may not know of the Basque traditional extended family setup, with large families living together, working together (on their farm perhaps), kind of living in a really nice family environment with love and respect for each other. Now this is the same if not more so for the Cantabrians that I have met anyway, these guys really do have time for each other. Expect to see a group of locals outside the bar spending the afternoon shooting the shit like they haven’t seen each other in months and it’ll turn out they are actually an extended family who live together and if you get caught up in a conversation or round of drinks with these guys, you can quite literally become a part of the family.

I’m not joking here, my good friend Will Jessup was taken under the wing of the ultimate Loredo legend Carlos Rodriguez after we all spent a few afternoons getting to know one another and ended up living at his house for months, becoming best friends with Freddie, Carlos’ cousin, who speaks no English and Will spoke no Spanish. Friends for life.

Being so passionate is evidently tiring stuff, or maybe it’s the late evenings, but the Cantabrians really do like to wake up slow, which is a good thing, a great thing in fact, something I have tried to adapt in my daily life.

Instead of bolting out of bed, smashing your nutribullet shake in your car on the way to work, you take your time getting up, cruise into work, have your breakfast, coffee and rollie at ease, life’s for living and you’ve got a long day ahead.

This does mean that the day does take a little while to get going with most breakfast places not opening til 9am (annoying if you’re an early riser) but on a catch 22 this also means that the dawn patrol crew get some serious empty surf time. I’m being serious. A dawny for these guys is 9am. The Cantabrians also like to take it easy in general, with “de nada, manana” (no worries, tomorrow) being as close to a regional phrase as you’ll get. Now the pessimist, or the city slicking go-getting will look at this way of life in a derogatory way no doubt, but the thing with taking it slow and putting things off, is no matter how much time you’ve supposedly wasted, you do always have an entire tomorrow to get on with it.

This is probably or possibly a de-motivational speech, but the way of life out here is so relaxing you actually feel like manana will never come.

Another trait of the Loredo locals is a very strong loyalty to the Isle Le Santa Marina aka ‘The Island’. The reason being is that one it’s a spooky as fuck island that sticks vulnerably out to in the Atlantic, but two, it’s geographic making means it serves up a decent right hander on most swells that holds up to 20ft, making it a legitimate big wave spot. T

here’s also a disgusting slabby left hander that will give you a proper pasting. Both these waves are heavily localised by the Loredo crew and rightfully so. It’s creepy, wobbly, raw and hard to surf, yet the guys are out there whatever the conditions.

Unless you’re a Loredo Local you may as well just surf the super fun beach break in shore, which stretches for three miles with peaks the whole way. Think decent Fistral style waves, more often than not. However, yours truly did manage to snag an empty two hour session at the Island with Will one October. This was a complete fluke though apparently and a few of the locals were gutted they let us get away with it.

The hub of the Loredo locals’ community is Latas Surf House. Latas is a big old beautiful Cantabrian building, that lies directly on the path of the Camino de Santiago and has been turned into the sickest surf house imaginable. There’s a skate ramp, a gym, video coaching room, obviously an epic bar as well as ample clean and comfortable bedrooms. The vibes here are always strong, with the local community using it as the place to go at the weekend. It’s the best surf camp in Europe, headed up by Carlos Rodriguez.

Carlos and I have quite a lot in common. Maybe not in a lifestyle sense as he owns half of Loredo, a bookies in Bilbao and was once the mayor and professional skater, more in attitude and charisma. Although I’m actually a little taller than Carlos and he’s a little heftier than me, but he’s definitely not fat and is as strong as the proverbial bull and as quick to anger.

We’ve had our problems, which cemented our friendship into a fraternal bond, I now class Carlos as my brother. Or maybe that’s just that classic Cantabrian trait I mentioned earlier and I’m over-thinking it. Carlos is a living legend, the ultimate Loredo local and the epitome of life as a local in Loredo, Carlos is an experience and one I suggest you feel for yourself.

Anyway I think you get the gist and I should probably wrap up this Live like a Local feature now, but you know what, I think I’ll do it tomorrow… Hasta Manana Amigos. 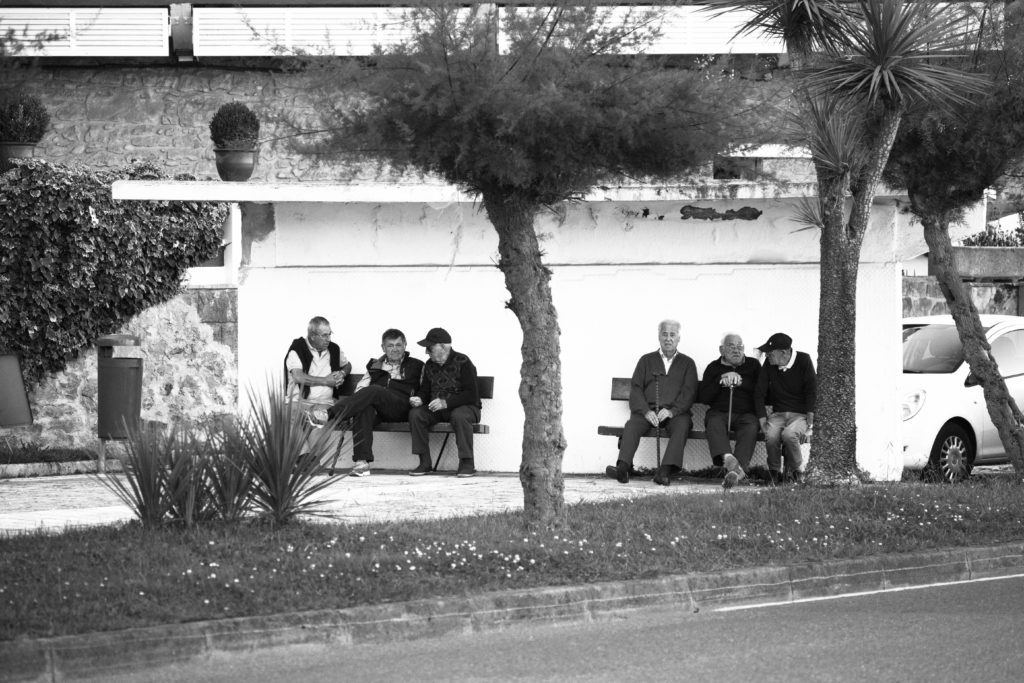