Home » Inside The World Of Maya Gabeira; The Hardest Charging Woman On Earth

Inside The World Of Maya Gabeira; The Hardest Charging Woman On Earth

Learn more about the life of the women who surfed what looks to be the biggest wave ever tamed by a woman...

When Brazilian big wave surfer Rodrigo Koxa broke the record for the largest wave ever surfed at Nazaré back in November last year, his triumph was covered by media outlets the world over. At a staggering 80 foot, the beast he rode is certainly something to shout about – especially after an almost fatal wipeout at the same spot three years previously, and an ensuing psychological block that kept him out the water for months after. 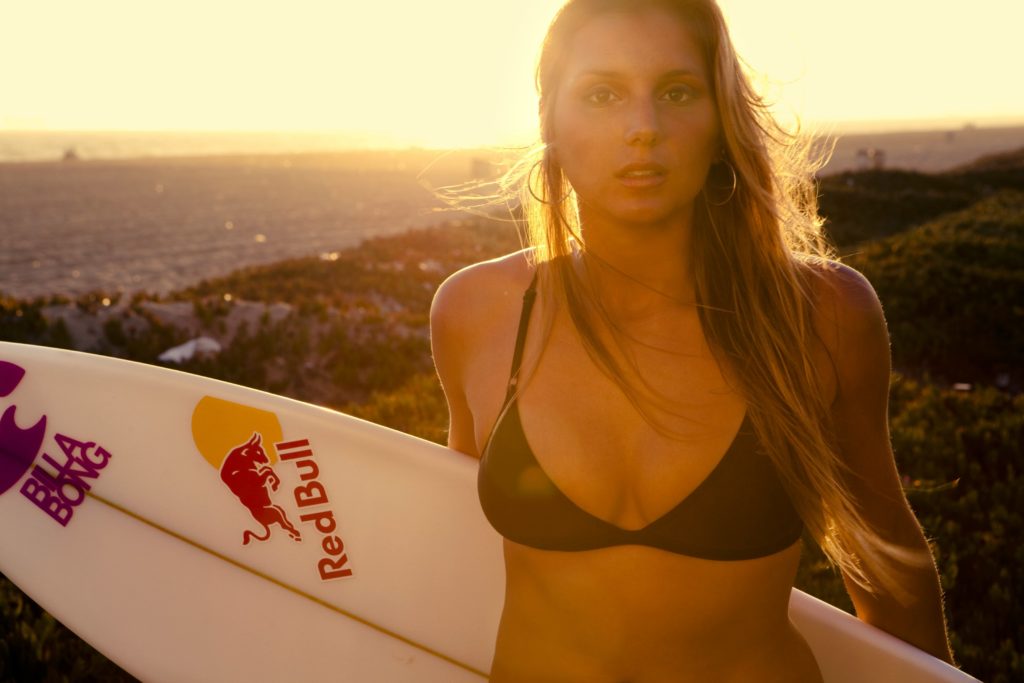 However, another Praia do Norte regular hailing from the land of carnivals, coffee and Copacabana is fighting for her share of victory. On January 18th 2018, Maya Gabeira, 30-year-old big wave surfer from Rio de Janeiro, charged what looked to be the biggest wave ever surfed by a woman at the famous big wave spot in Portugal, and the initial analysis made by expert Miguel Moreira from the University of Lisbon confirmed the record could well be set. However, as always with this kind of peak, measurements are tricky business and the size is yet to be confirmed. 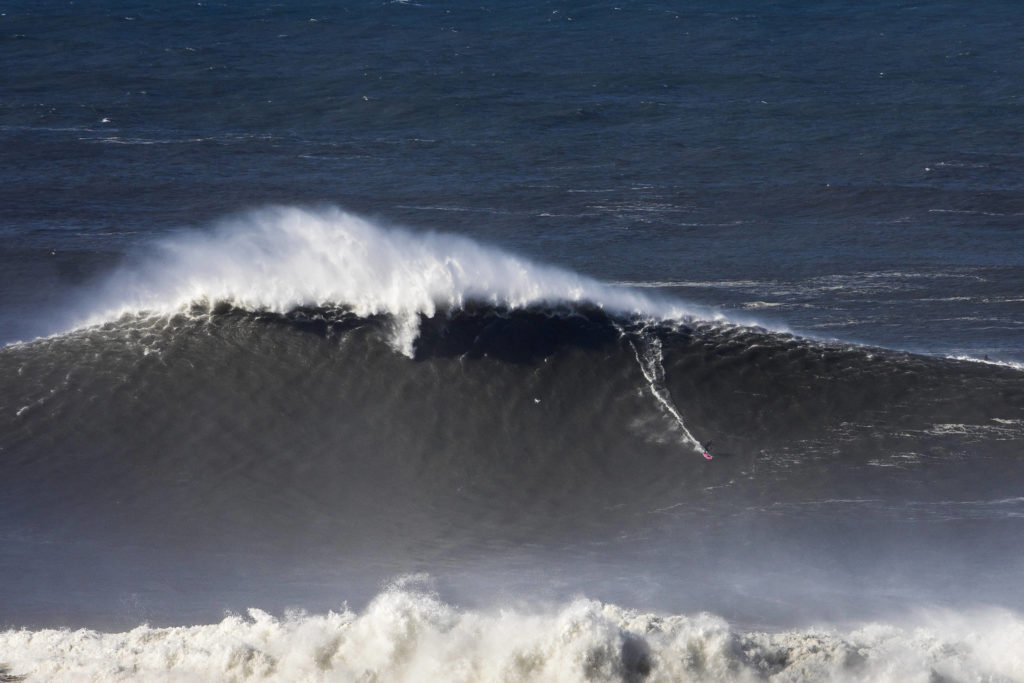 She’s set the record, and now she wants to join the likes of Garrett McNamara and Pete Cabrinha in the prestigious pages of the Guinness Book of World Records. Despite her outstanding achievement (I repeat, she is the first woman EVER in the history of big wave surfing to ride a wave this big) and traveling to the WSL headquarters in LA to request certification of her wave, the corporation has apparently gone quiet. According to Gabeira, “three months passed, no progress has been made, and my emails have gone unanswered.” The WSL have since responded, claiming they “have been in active discussions with Guinness for some time on the topic of reviewing Maya’s incredible ride from Nazare earlier this year for submission, and look forward to continuing to celebrate men’s and women’s big wave surfing with an announcement soon.” 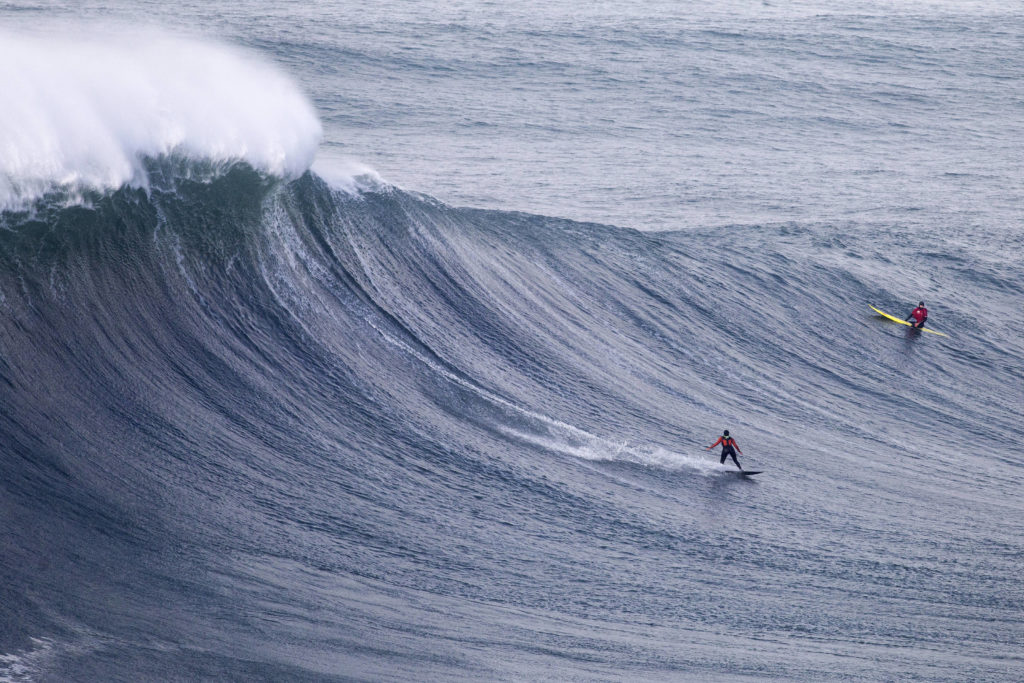 Although a world record would take the top shelf in her trophy cabinet, this waterwoman already boasts an impressive collection of accolades for her relatively short surfing career. Within her first decade of surfing, she wrapped up five Billabong XXL Global Big Wave Awards and an ESPY Best Female Action Sports Athlete Award. She was among the first female surfers to take on the huge swells of Ghost Tree and Teahupoo, and according to Stab Magazine, she is now the highest paid big wave surfer out there after signing a contract with athletic apparel retailer Lululemon. 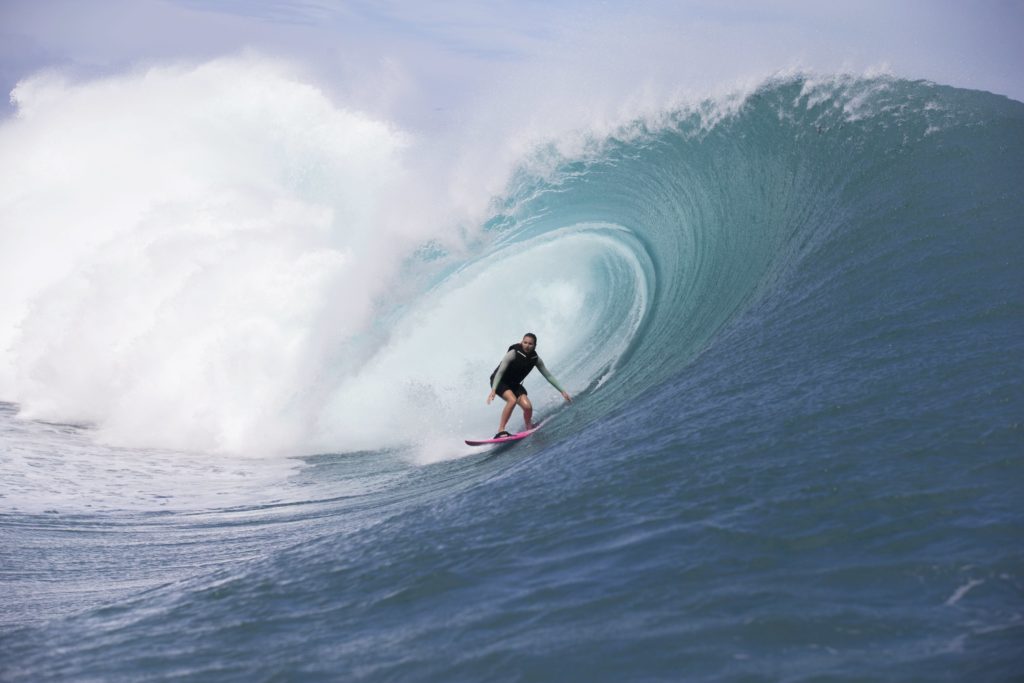 But pursuing her dream has not been without sacrifices. At just 17 years old she moved away from her family in Rio to the islands of Hawaii, where she held down two restaurant jobs to earn a living and continue her pursuit of liquid giants. It was here in the Central Pacific that Gabeira kick-started her career with a 35-foot wave in Waimea Bay, an impressive feat for a 5’6 teenager. 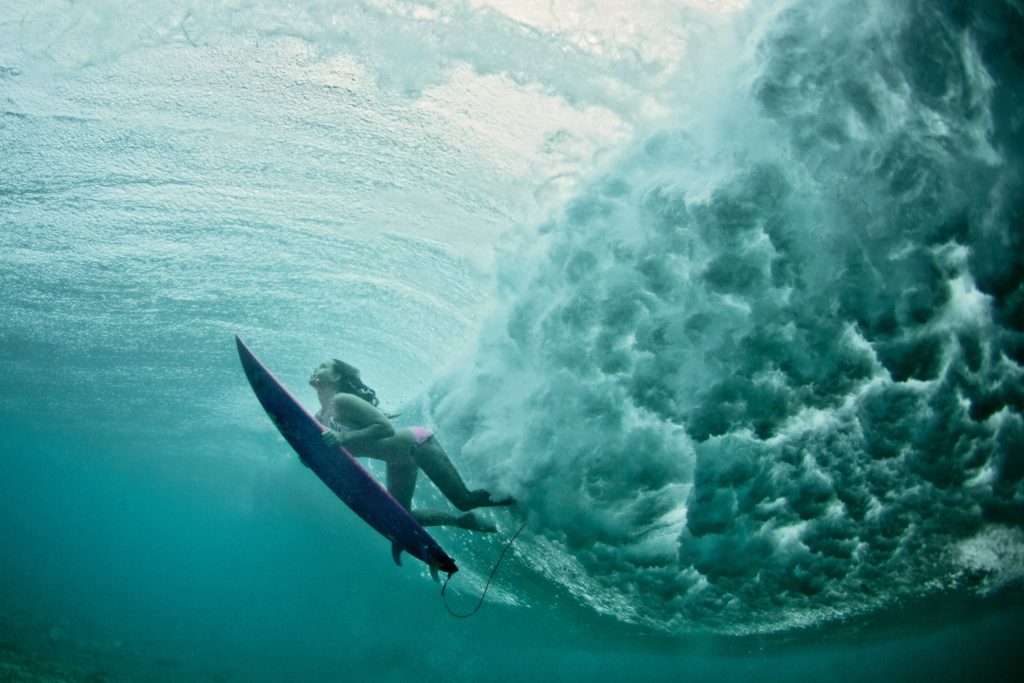 She’s also had her fair share of brushes with death. Her surfing career was brought to an abrupt halt after a wipeout that nearly took her life at Nazaré in October 2013. Whilst attempting to set the record for the biggest wave ever surfed by a woman, Gabeira was swallowed up by the raging Atlantic, breaking her ankle instantly at the first wave. She took two more massive waves on the head before fellow Brazilian Carlos Burle managed to drag her limp and battered body out from the shore break and onto the ski as she slipped in and out of consciousness, her inflation vest blown out and her vision gone.

Fast forward five years from that fateful date and she’s been through rehab, two back-to-back hernia surgeries and endless hours of physical and psychological training, to make her triumphant comeback at Nazaré. It seems Gabeira is on her way to fulfilling her lifelong dream of seeing “a woman recognized in the Guinness Book for big wave surfing” – and that woman could well be her.