When Oakley – the brand Jim Jannard started by selling moto x accessories out the back of his car in California in the 70’s – signed a deal to become Official Eyewear & PPE Partner of the World Surf League, it seemed a perfectly natural fit. Relentless innovation has long been the brand’s hallmark, outstanding performance the common thread throughout its team of athletes. So then, faced with a global pandemic and biosecurity issues threatening to scupper much more than a pro surfing tour, who better to step into the breach than the eyewear brand whose R&D rigours are legendary (world’s first two 3D printers were sold to NASA in 1999, the third went to Oakley) to provide the hardwear? 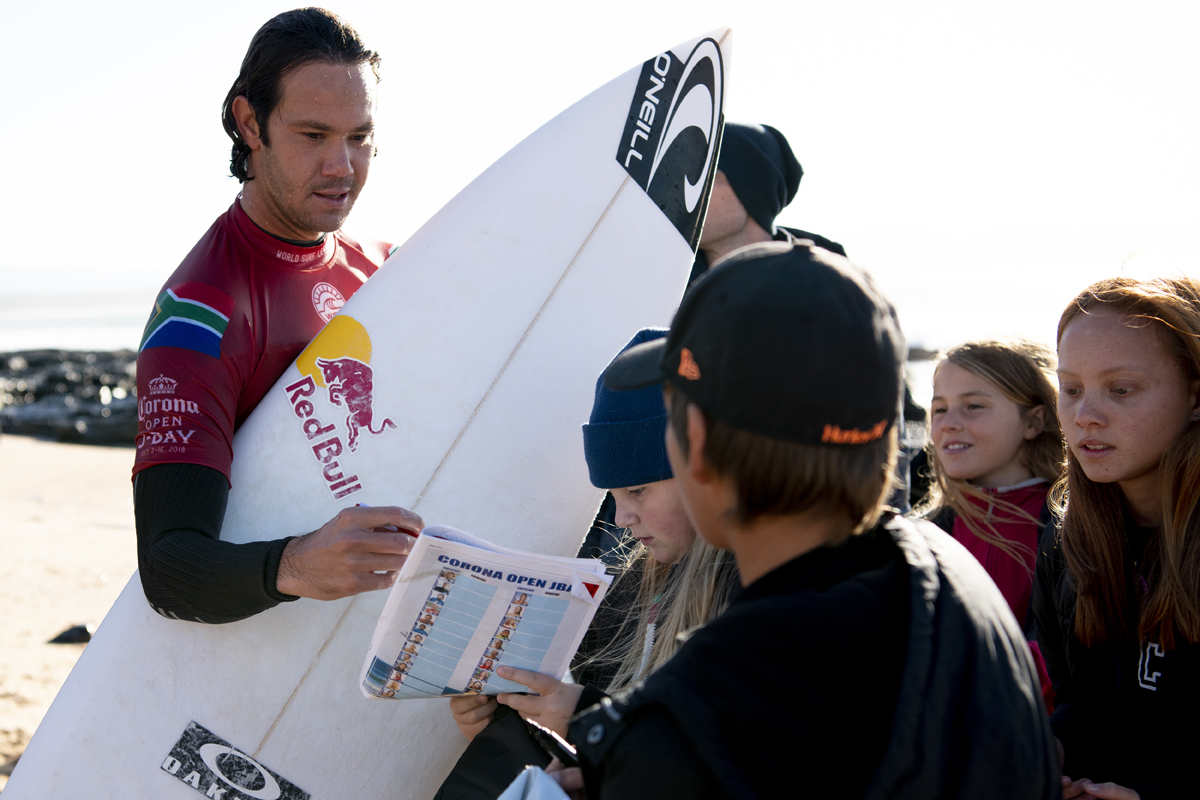 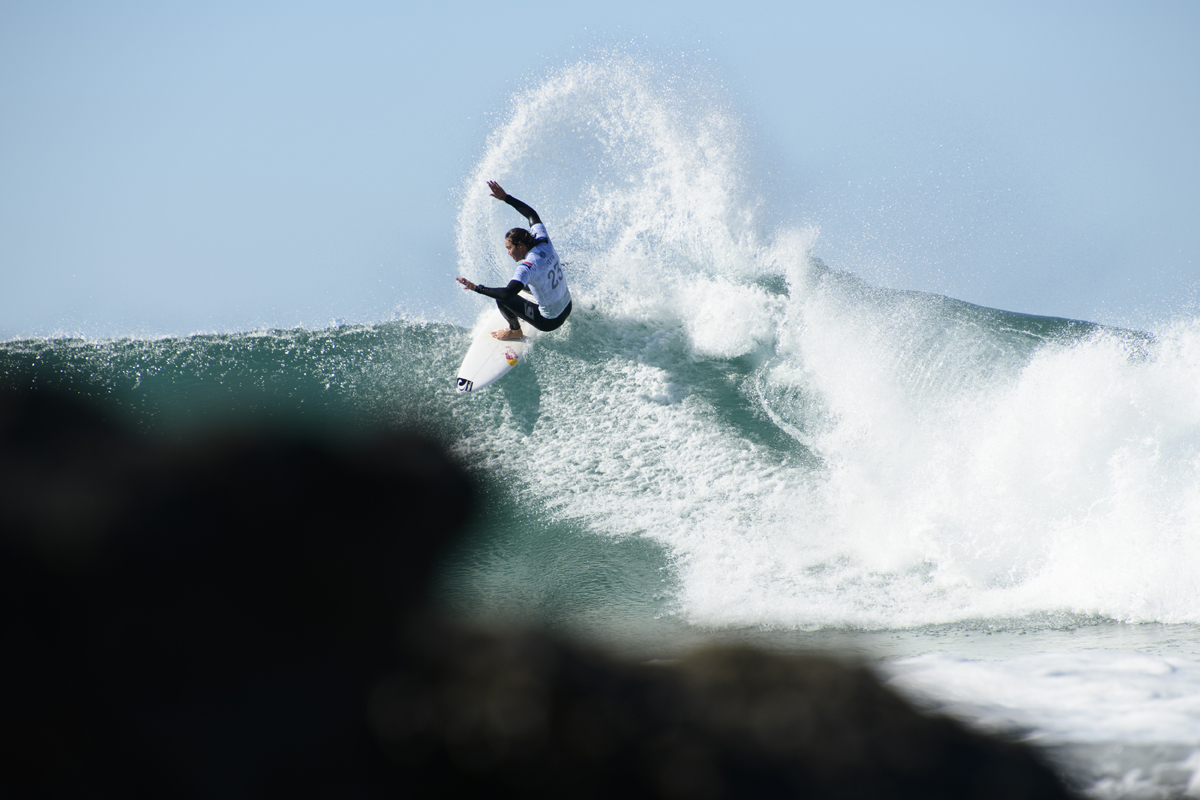 Oakley’s relationship with elite pro surfing runs deep, having sponsored WSL events at every level previously, most notably the Bali Championship Tour event in 2013 held at Keramas. Meanwhile, the current roster of Oakley CT surfers includes the likes of Italo Ferreira, Julian Wilson, Jordy Smith, Griffin Colapinto, Macy Callaghan and Sage Erickson. But Oakley’s roots in supporting pro surfing go way back, almost to its inception; in the mid-late ’80s, Oakley’s bright, distinctive eyewear shapes became almost instant, era-defining beach culture staple. 1980’s pro surfers, larger than life characters who, rather than tread an established path, had to literally tear themselves out a niche not only with relentless performance, but also with iconic imagery. As much as Tom Carroll’s snap heard around the world  represented all that was raw, radical and superhuman in the water, so too did victorious podium images of the world’s best wave riders wrapped in Oakley High Definition Optics doused in champagne cement the image of elite surfers at the vanguard of a brave new dawn in wave riding, and only cutting edge equipment – from boards to Blades, would do.

Seth Hulley, from Oakley Sports Marketing & Events – and a former J-Bay winner himself – underlines the importance of shared heritage. “Oakley has always been entrenched in surf with a formidable team since the 80’s with the likes of trendsetters and stars back then – Tom Carroll, Gary Elkerton, Richie Collins to name a few. Forever seeking and sponsoring those stars of tomorrow, that become the sport’s icons. These days the key focus is on sport resonance, but it goes deeper than that and having a big social media following, it seeks what an athlete stands for – cultural relevance and their community impact.” 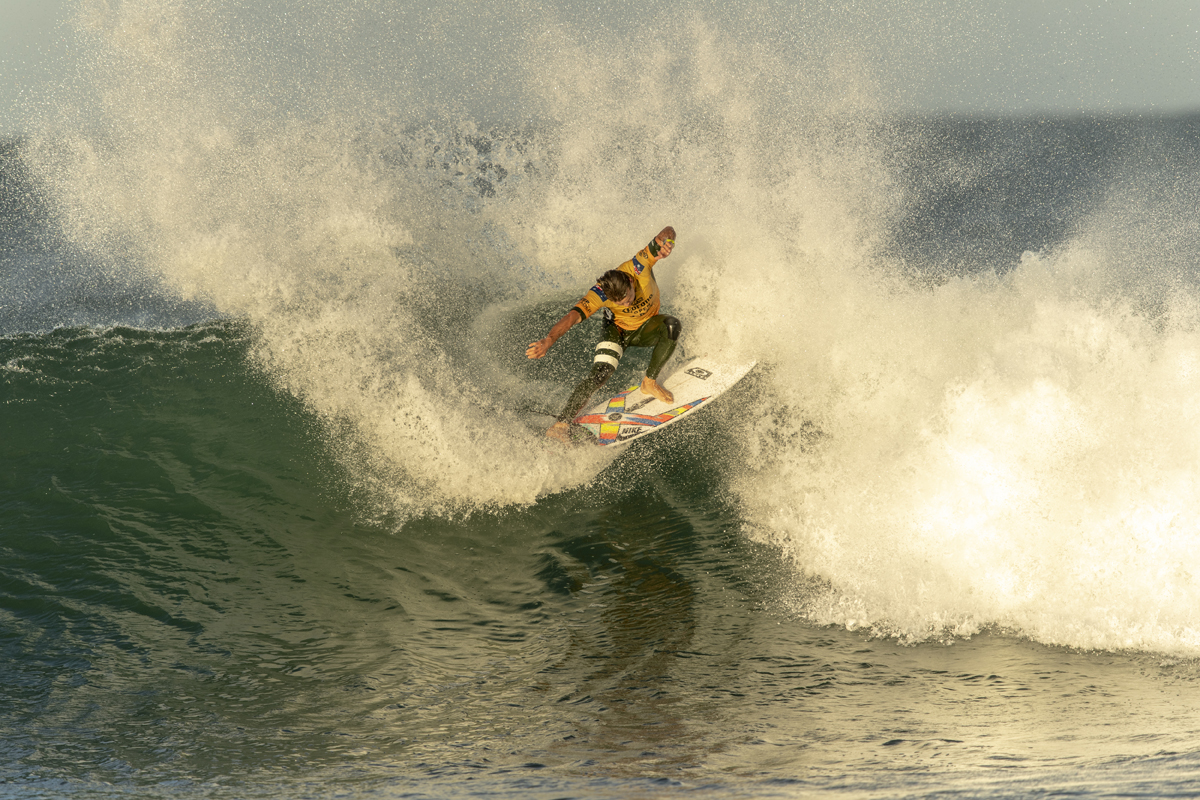 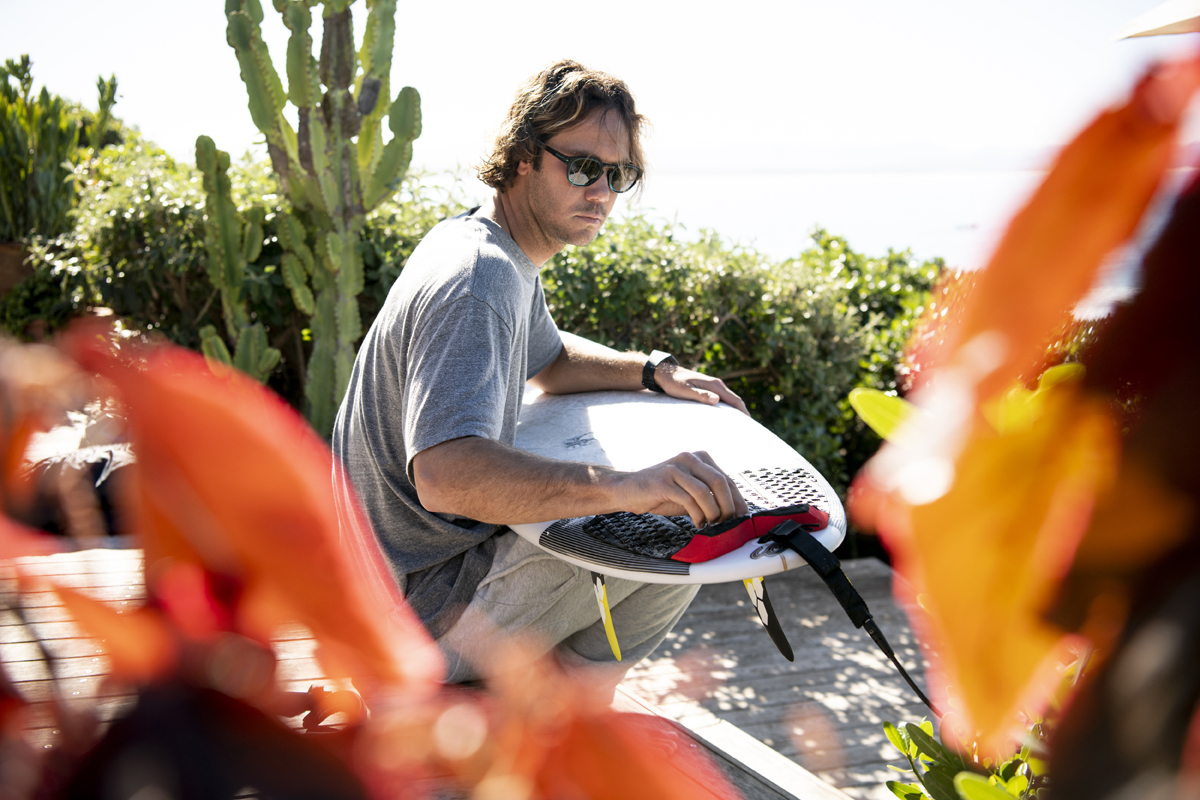 Julian Wilson (L) and Jordy (R) ’s career-long relationships with Oakley, and success at the elite level are no coincidence.

If the Oakley and WSL partnership represents an organic flowering of a long-standing relationship, so too do Oakley’s individual athlete stories recount powerful, inspirational narratives of personal journeys. And when it comes to the power of persistence, the rewards of mutually beneficial personal drive and sponsor support, Italo Ferreira’s story surely serves as the archetype. When Italo blazed to Olympic gold in Tokyo, for a new fan tuning in, seeing the reigning World Champ being crowned Olympic Champion too might well seem par for the course. But delve into the backstory, and rather than a forgone conclusion, Italo’s tale is one of relentlessness, resilience, talent and commitment. From the inauspicious surrounds of a poor fishing community in Brazil where he literally learned to surf on a cool box lid, no board being available, to a global icon, surfing’s first-ever Olympic champion, beaming from behind his Oakley Sutro Kokoro Collection eyewear, was in no small part down to interventions from Oakley’s uniquely successful Brazilian youth talent program, headed up by Luiz ‘Pinga’ Campos.

“Italo has an amazing story in itself, having started surfing in humble beginnings on a cooler box lid and progressed from there under the watchful eye of Pinga through his junior ranks when he joined the Oakley family.” echoes Hulley. “He’s an incredible talent and his energy and will to win mixed with his zest to live life to the full – makes him an inspiration to so many. Being such a likeable and humble person makes him a fan favourite and a sponsor’s dream. Alongside a freakish talent comes a vibrant personality always doing something out of the ordinary.” 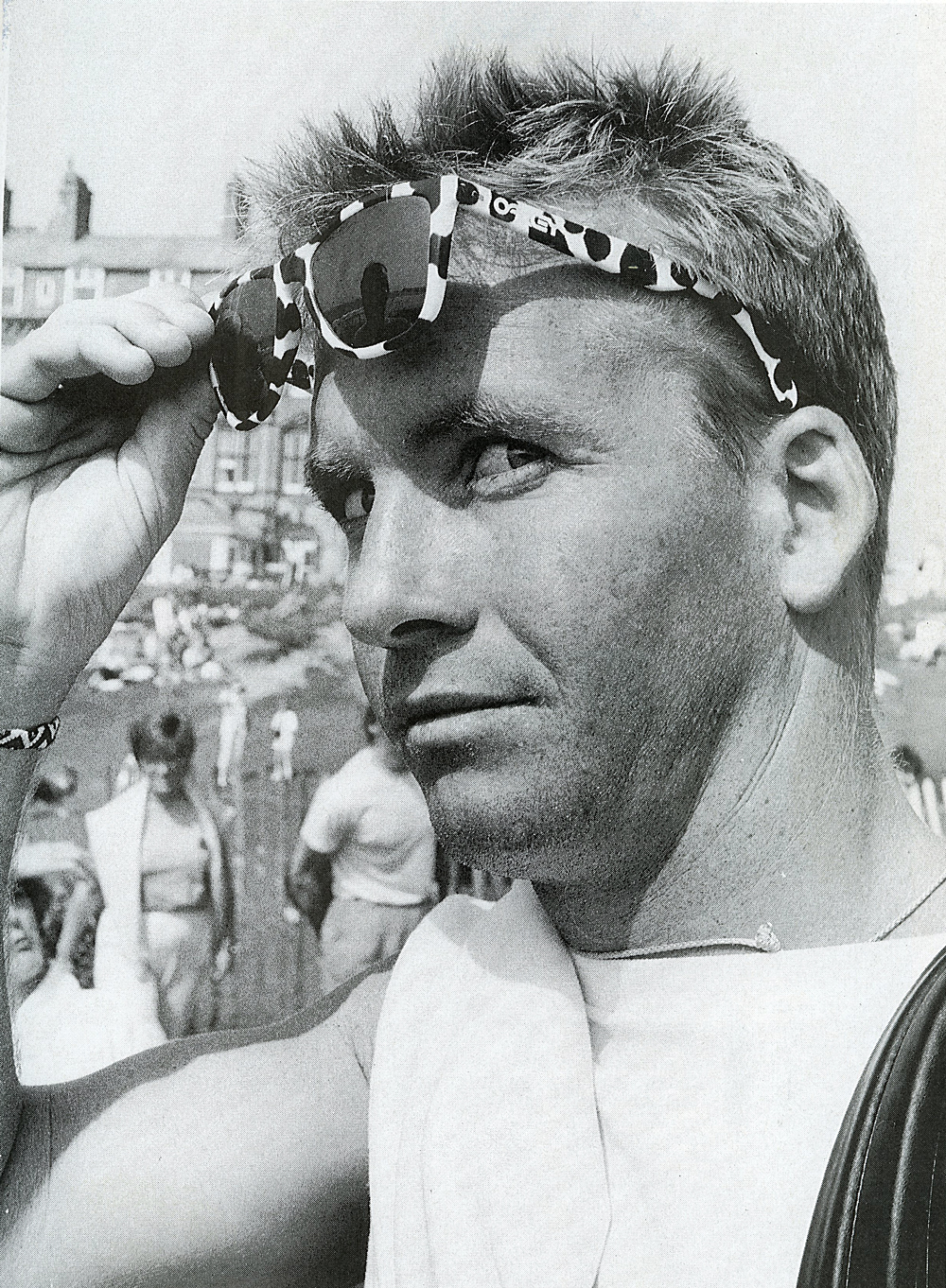 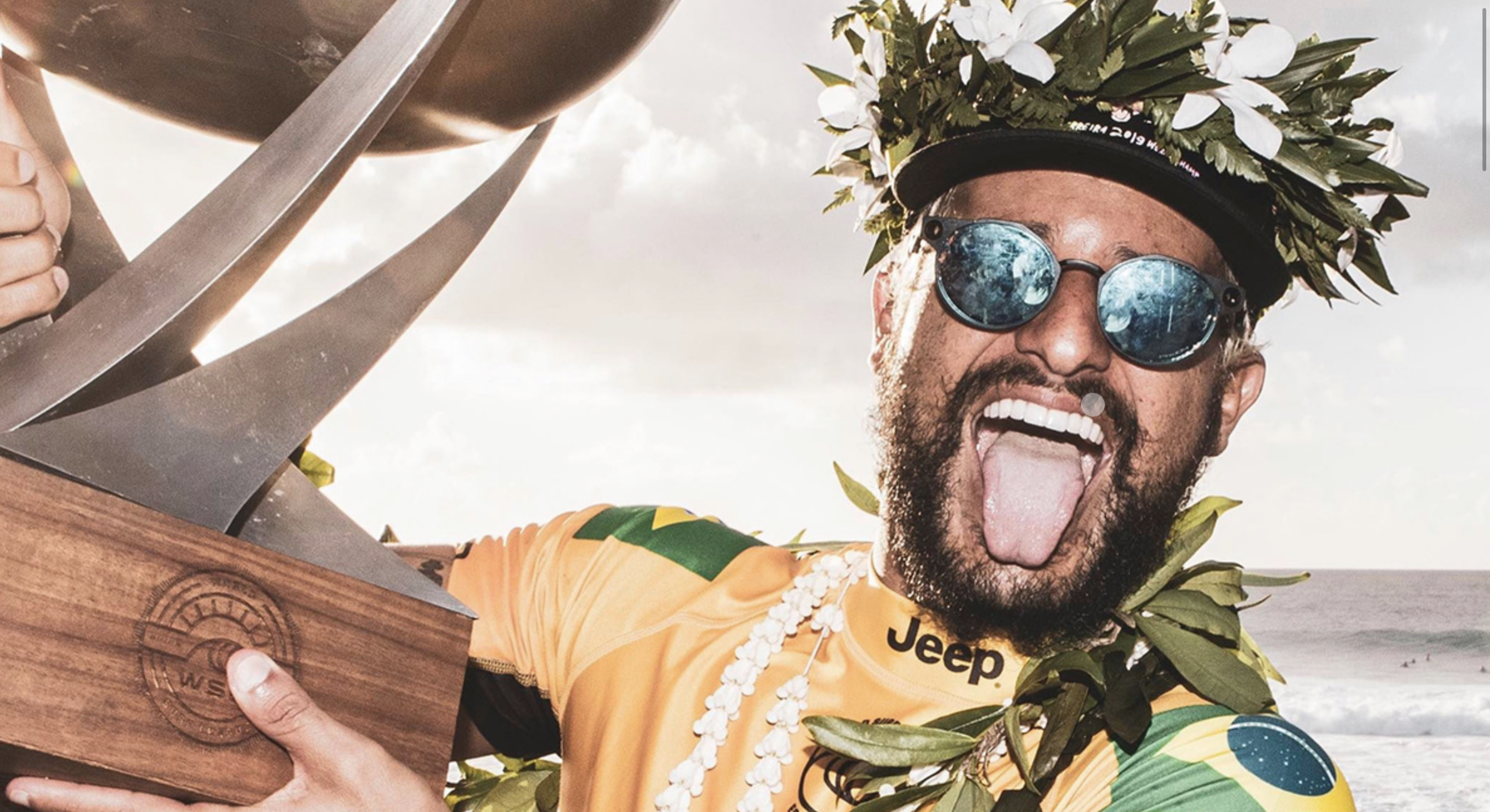 How many degrees of separation from Elko to Italo? While the sport of professional wave riding has moved on some since the 1980’s, one constant has been domination by athletes in Oakley eyewear.

If the art of designing mutually beneficial relationships is the key to resilience, then never more so than the current time might we reap the rewards of surfing’s unique heritage. As the sport steps out of niche specialist pursuit and into the collective conscience on the biggest sporting stage of all via a epic debut in the Tokyo Olympics, at a time when all sports are hoping to emerge stronger than ever after recent uncertainties. Meanwhile, the WSL tours continue to evolve and progress with a new format, iconic locations and the greatest roster of surfers ever assembled. Sponsors come and go as fast as boardshort cut and colorway trends, but with Oakley‘s continued commitment, the brand who helped bring Richie Collins webbed gloved dayglo floaters to Italo’s backflips and everything between, the future looks bright enough to warrant the very latest in ThermoNuclear Protection.

From Bike Geek To Surf Chic: How Oakley Took Over The World

Legend has it Oakley founder Jim Jannard was driving down PCH in the summer of 1983, the late afternoon sun shimmering off the Pacific, beaming right into his peripheral. Holding a hand up [...]

In the spring of 1981, Simon Evans and Geoff Tydeman sat down to consider the pressing issues of the day. The Cold War, the coming launch of the space shuttle Columbia and Michael Jackson’s [...]

Deep Cuts From The Wavelength Archive - Part I - The Early Years