A promising find on Google Earth followed by two years of failed missions and we finally spotted the swell that looked like it had to be the one....

There’s a foamie on the roof, I noted as I climbed into the tightly packed car. This was it. Mission number three to a spot we’d been obsessing over for the best part of two years. A twenty-hour journey sprawled out ahead of us. This had to be the one.

Two years previous while scouring Google Earth, Oli Adams and Egor Harriss had spotted what looked like a perfect point break, buried deep in an island chain at the northernmost reaches of the British Isles.

We’d journeyed there twice and scored nothing but perfect kneehigh peelers, so this time, we’d decided to wait for the biggest swell possible. It was early February and a black blob had finally appeared. Thirty five foot of swell marching solemnly towards the secluded point. This had to be it.

On a previous mission Oli had noted that the waves breaking far inside would be perfect for his six year old son and keen to share this potentially momentous experience with him, he’d strapped a foamie to the roof, wrapped young Milo in his duvet and brought him along for the ride.

It’s strange going on a strike mission with a six year old. The things that excite you, like talk of finally scoring cold water Skeleton Bay, do not excite them. And vice versa. To Milo, The large lorries at the ferry port and the indifferent sheep on the point were far more exciting than abstract and romanticised notions of surfing discovery.

After hours stranded in a ferry port, waiting for our captain to brave the turbulent crossing, we arrived on the island late and fell straight into bed. The next morning we were up in the dark, listening to the sea. On previous missions we’d tried to keep expectations in check, but that morning our imaginations ran wild, with giddy talk over coffee of six foot-square sand bottomed barrels spitting into the channel. We hiked over to the wave as it got light and climbed up onto the crest of a grassy tor to strain for a first glimpse.

Below, shoulder high waves ran off down the craggy point. Out to sea, massive walls of white water filled the narrow gap between the two islands opposite. The swell was not getting in, tripped up and its power removed somewhere out to sea. 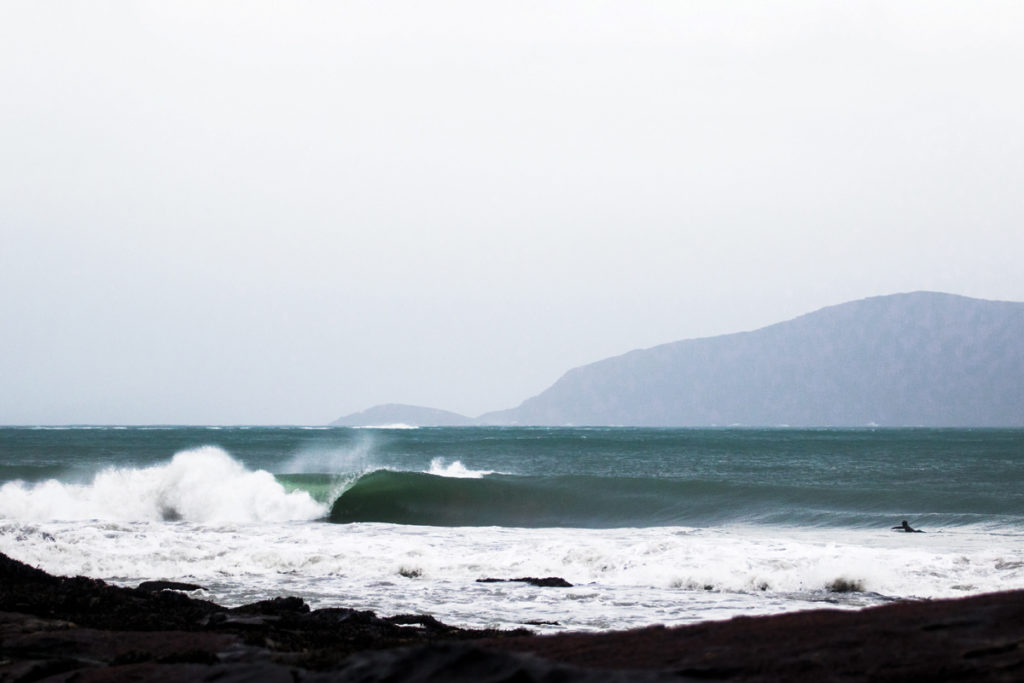 In his new book ‘Homo Deus’ author Yuval Noah Harari describes how predictions of AI machines killing off humans are misguided. His prognosis, though, for an AI filled world, is arguably worse. According to Harari, machines will soon have the ability to evaluate complex scenarios and make decisions as to the best course of action far better than humans. In doing so, they will rob us of the very thing that has allowed us to determine our unique path through life and defined our existence for millenia.

In such a world an AI, well fed with swell charts, nautical charts and historic data, would have known full well that shoulder high reelers would be the outcome of this mission. But we didn’t. Despite our combined knowledge, from years of swell chasing, we set out, bright eyed and bushy tailed, rich with optimism. And in the end we got skunked.

‘It was something to do with the offshore bathymetry’ I’ve claimed since, in confident tones, as surfers so often seem to when discussing the vast meteorological and oceanographic interplay that affect our leisure resource. 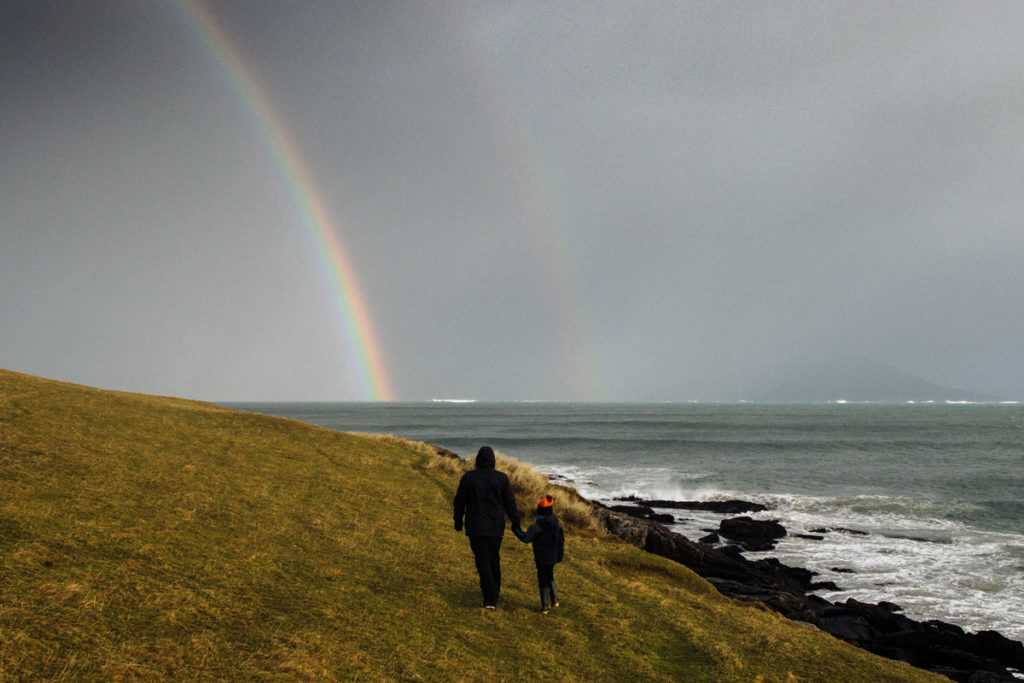 But really I have no idea. And that’s just it. The fact that my career success, or otherwise, so often depends on the whims of monumental weather patterns, or the finer details of rock formations bonded to the sea floor millions of years ago is exactly the appeal. It’s so ridiculous. It’s so far from what they told us at school, about passing exams and getting a good job and the subsequent methods of ascent up the corporate ladder.

And the day AI comes along and takes away that uncertainty and the richness of experience it begets is the day I quit shooting surfing and get a real job.

That said, it would have been nice to find Skeleton Bay nestled in the cleft of a British isle. 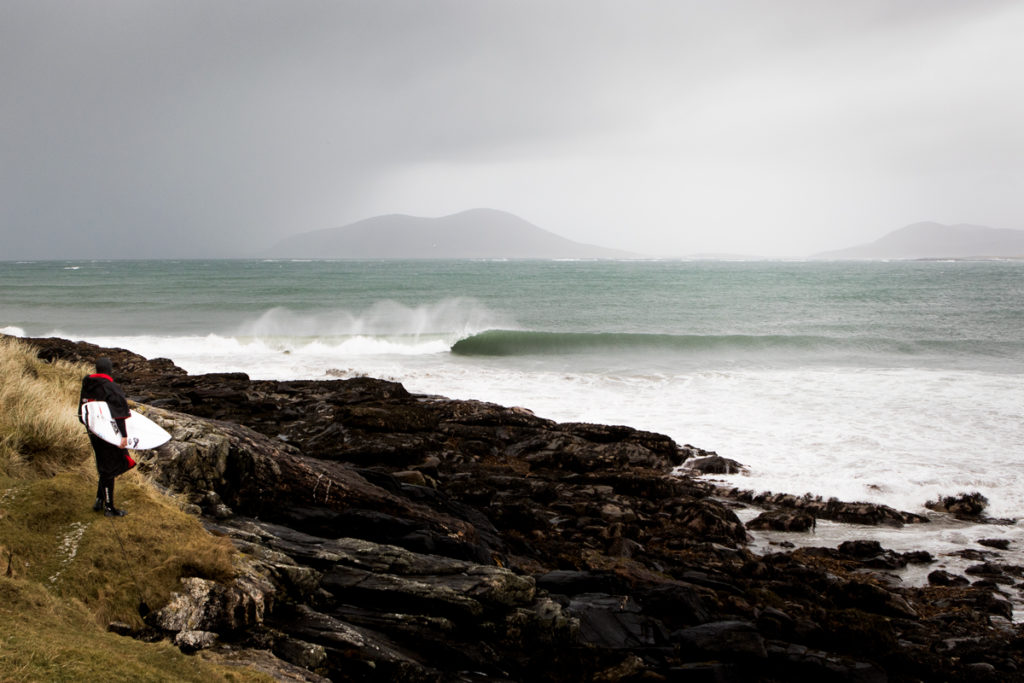