Home » In Conversation With Shane Dorian; Wisdom From A Life Long Hellman

In Conversation With Shane Dorian; Wisdom From A Life Long Hellman

We caught up with Shane Dorian to discuss flicking between life as family man and a hellman, mentorship and why the future could see even bigger waves surfed at Nazaré.

Last weekend saw the world premiere of ‘Vague A L’ame’ a brand new film which takes you behind the scenes of the quest to ride the biggest, heaviest waves on the planet.

It stars Shane Dorian and Benjamin Sanchis and features near death experiences, whirlwind strike missions and a secret Spanish slab as the pair chase swells from mainland Europe to Hawaii, taking in Indo and Ireland in between.

After the London screening WL correspondent Seth Hughes caught up with Dorian to discuss flicking between life as family man and a hellman, mentorship, and why the future could see even bigger waves surfed at Nazaré. 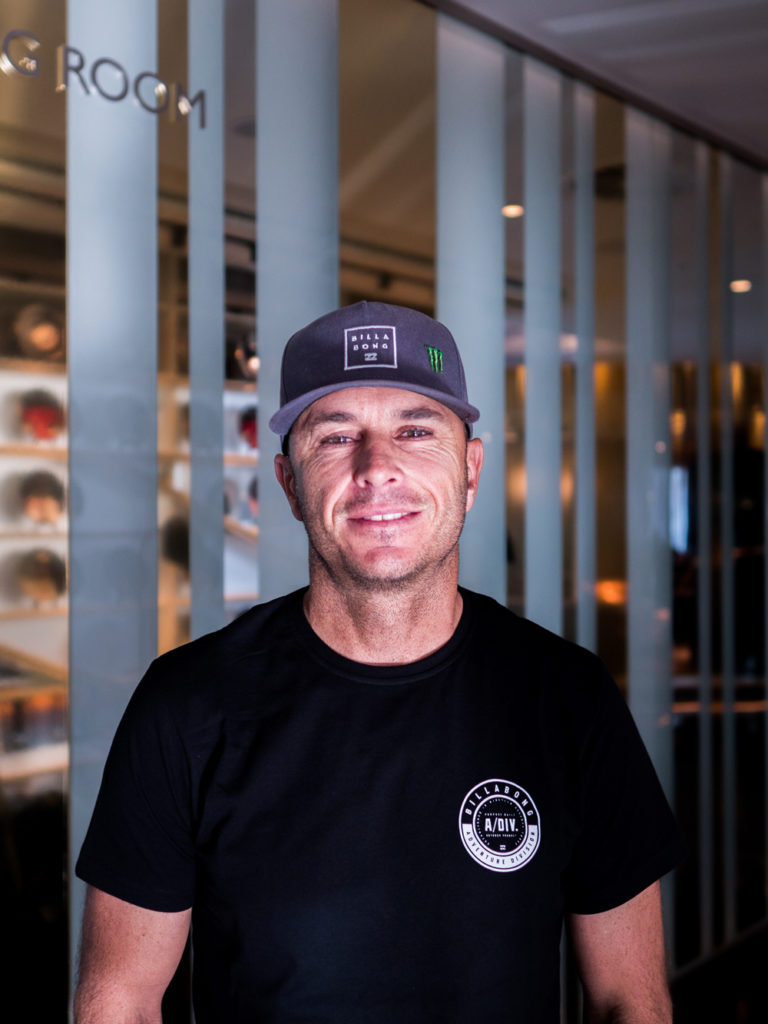 All smiles at the London premiere of ‘Vague A L’ame’. Photo Seth Hughes

What major changes have you noticed in the world of big wave surfing in the time that you’ve been involved?

Probably the most major thing is the safety aspect, the use of jet skis for water safety and towing into waves has been a huge change. They’ve enabled people to surf much bigger waves, in a much safer manner. But it’s still extremely dangerous, because people’s risk levels are going up so much, because they feel a little bit safer. In the end though, it’s all the same- it’s still you surfing giant waves and putting yourself in harms way.

A lot of people talk about the beauty of finding balance between surfing and the other important things in their life, do you think you have found it?

I’ve managed to do it pretty well. I’ve got a young family and I’m at home a lot, but I feel like I’ve got two completely different lives. About 80% of the time I have this totally normal existence, where I’m making lunches and dropping my kids off at school and taking them to dance classes and taking them surfing and stuff and then every now and then I’m packing up my big boards and my safety gear and booking last minute flights and chasing giant swells. It’s 0 to 100. I’m either at this really normal dad level or experiencing extreme adrenaline and excitement and danger and adventure, which is really fun. That’s probably the perfect balance for me, having a slither of that in my life.

Do you find it difficult flicking between the two?

No. I love it. I get really excited and I really look forward to those days, because I do live a pretty ordinary lifestyle otherwise.

Everyone talks about you as a mentor in the big wave surf world, do you enjoy that role?

Oh yea, I love it. When I was young I had mentors that really took me under their wing. I didn’t know anything about surfing big waves, I just knew I liked it, it was great having someone who’s older who you look up to, looking out for you, and giving you a little bit of a road map of how it works and how to not die.

So if I can help the younger guys achieve some of the goals they want to achieve I’m happy to do so and it’s great for me to see them on their path, and see where they want to take it. Each new generation who define big wave surfing keep pushing the level higher and higher so it’s really neat to see what the next generation is going to do. The sport is still so young, there’s so much happening, so much innovation and so much young talent coming up, and it’s really exciting for me to see it all happening for sure. 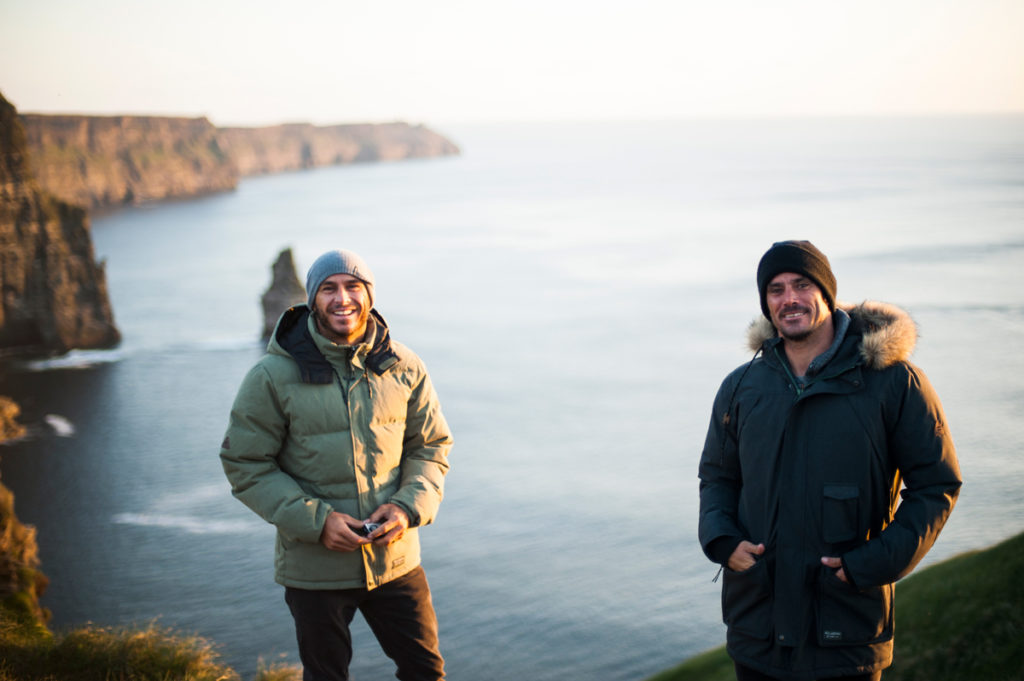 Sancho & Dorian on location in Ireland. Photo courtesy of Billabong.

But, no matter how much you want to help somebody and how much somebody wants your help, really, it’s on them. Like if Sancho said to me: ‘hey, I really want to come and surf Jaws, it’s my dream. Will you help me make the right call? Will you help me come on the right day? Will you help me order the right boards?’ That’s all good and fine, but when the waves are fucking giant it’s him and the wave. I’m not there to help him go, or tell him which wave to go on, he’s on his own, so anyone who achieves anything in big waves is doing it by themselves, in the end it’s down to them, which is why big wave surfing is so badass.

The record for the biggest wave ever surfed just got broken by a few feet- are we likely to just keep seeing it go up and up in small increments?

Yea, I think it will just be a few feet here and there, I mean the stuff that these guys are surfing at Nazare… I don’t know how much bigger it could possibly get, but people have been saying that for a long time and you never know. Every now and again there are these weird swells which produce something we haven’t seen yet, because surfing those kind of waves is still very young, you know you might only get a really truly epic swell for really giant waves once every few years, or maybe even once every ten years, or more, and since these guys have only been surfing Nazaré for ten years, maybe we’ve never really seen a true epic day.

It could that they’ve been surfing it B+ in the context of the last 100 years, because it could have only been it’s best for five days this century, because that’s really how nature works. Potentially there could be a really groundbreaking day in the near future. 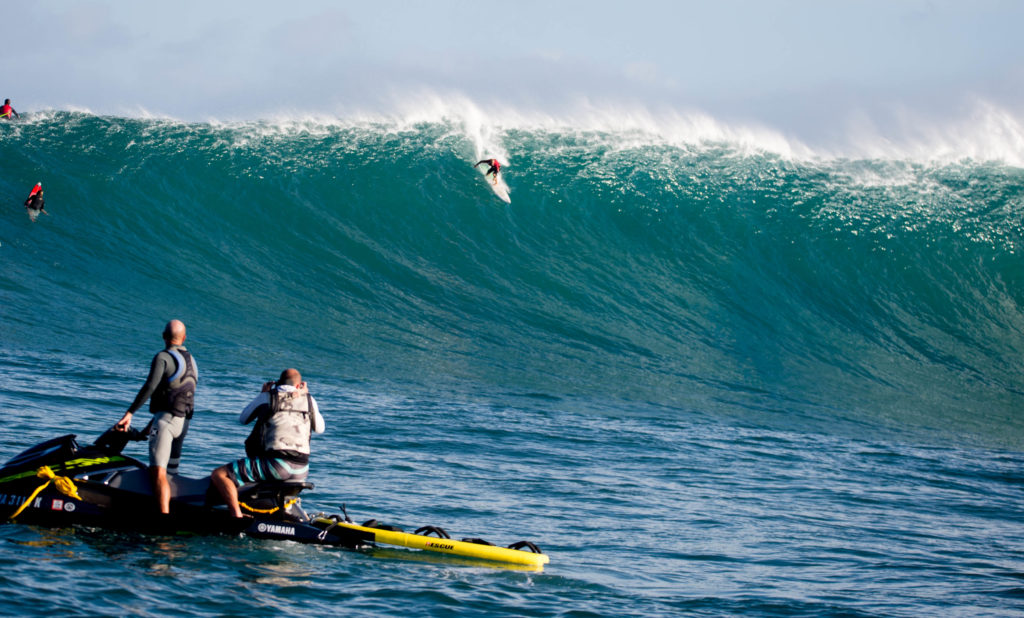 Dorian looking right at home, under the lip at Jaws. Photo courtesy of Billabong.

What direction is the progression of big wave surfing going in?

I think performance, I think the ability level is going up, in the past few decades most of the really heavy big wave guys didn’t have the best ability, they just had big balls, and they would go out because no one else would, because it was so damn dangerous and there was no safety.

It really only attracted people who were nuts, and these days it still attracts people who are nuts but you also have the safety aspect in place. So you’re seeing the performance bar get raised a whole lot, because you have these guys who have an insane amount of ability and they’re really young, and really hungry to achieve a lot.

Have the boards you’ve been riding changes a lot since you started big wave surfing?

A little bit, not a whole lot. There’s only so much you can do- and I’m talking about paddling here- but if you want to surf a really giant wave you’re not going to catch it with a super tiny board because it’s just physics. But you can catch giant waves on slightly smaller boards, with different designs. 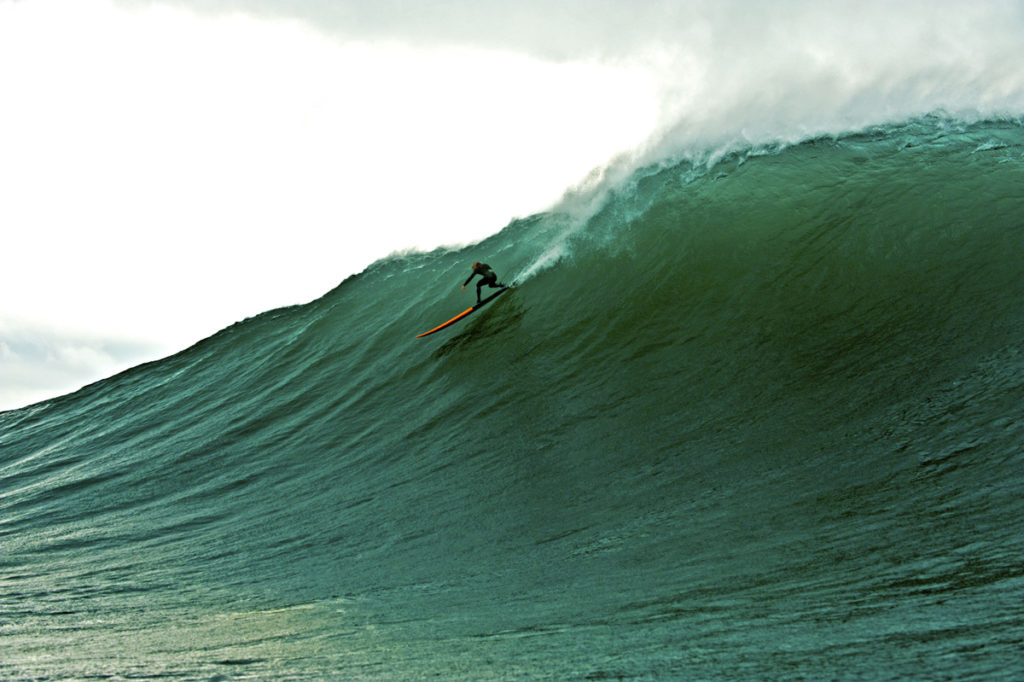