The internet mob is kicking off after an image showing the winner of the junior women's event in Ballito won just half the prize money of her male counterpart went viral. Here's why the story demands a closer look:

Controversy has ignited over a Billabong Balito Pro Junior podium shot, which shows female winner Zoe Steyn collecting half the prize money of her male counterpart.

The image has drawn much criticism on social media, with the story subsequently being picked up by various mainstream media outlets. The social media shit storm comes almost entirely from pundits outside of the world of surfing, furious at the apparent blatant sexism and inequality on show.

In fact, back in 2014 the WSL was one of the first major sporting organisations to commit to total gender parity when it comes to prize money. However, that parity of prize money does not necessarily mean the amount written on the winners cheques will be the same. The metric for working out the overall prize purse is reliant on the amount of entries- with each surfer’s entry, regardless of their gender, adding the same amount to the prize purse.  In the instance of Ballito, the prize money for men is double because there are double the amount of competitors in the men’s than in the women’s. Zoë Steyn surfed four heats before arriving at the podium, where as Rio Waida, who took out the mens, had to surf five. The women also pay lower entry fees, apparently to balance out the fact that at a lower level they generally earn less sponsorship coin. 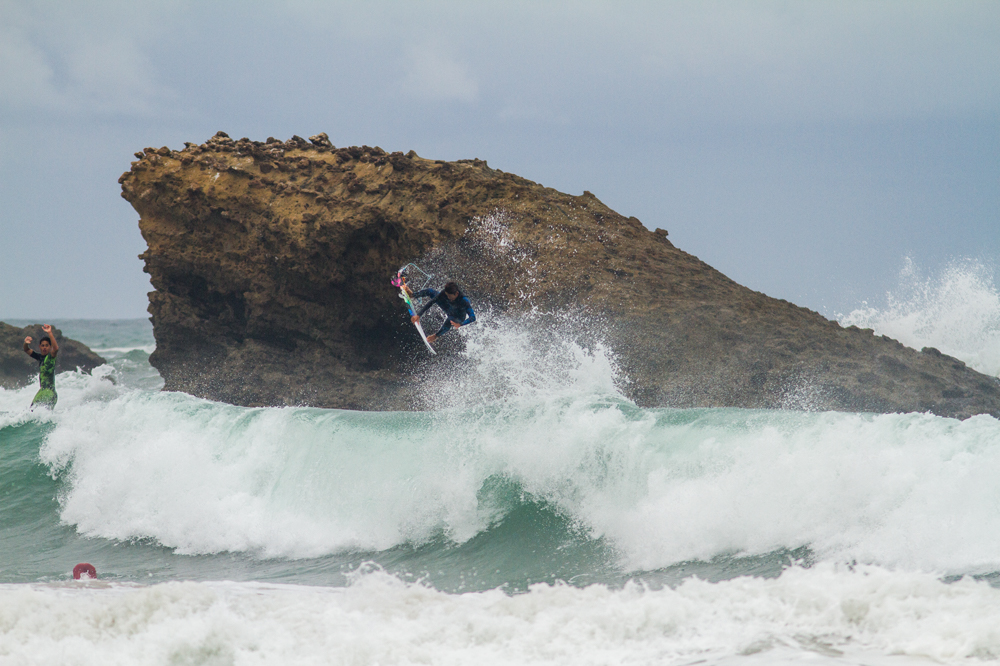 So why not open up the women’s division to allow for more competitors? According to WSL Australia/Oceania Regional Manager Will Hayden-Smith, the demand simply isn’t there.

“We usually have a waiting list of about four surfers to get into the women’s competition.” he told Hack.

“If the demand was there on the women’s side we would expand the draws.”

This is a pattern that can be seen throughout the ranks of competitive surfing. From the UK Pro Surf Tour circuit where male competitors outnumber females by more than 3:1, right up to the WQS, where the ratio is almost exactly the same. Zoe Steyn on her way to the win. Photo Kelly Cestari // WSL

There are many theories as to why there aren’t more women wanting to partake in competitive surfing. Perhaps, like the majority of surfers, they don’t find the concept of grinding it out in a 30 minute heat particularly appealing and are more drawn to the million things that make surfing fun that evaporate the minute the horn blows. Or perhaps, as is suggested by some studies, women are inherently less competitive, and much less likely than men to overestimate their abilities and enter a competition they feel they’re unlikely to win. Or perhaps it’s purely down to the fact there are still vastly fewer women both practicing and taking up surfing.

Whatever the reason, we applaud the WSL’s efforts to implement gender parity and hope that soon women’s participation levels will allow the amount written on the novelty cheques to match up.