[This is an introduction to Wavelength Volume 257, landing in shops on the 21st November. Subscribe now to get your copy with free P&P.

In the early 60s, the first true wave of surf explorers set off across the world, armed with cumbersome cameras and heavy glassed longboards, seeking exotic cultures and empty lineups.

Among them were names like Peter Troy and Bruce Brown, whose subsequent films, photos and well-spun yarns ignited a desire for exploration that has burned in surfers ever since. Of course, the pursuit of waves has also always served as an excellent mask for a myriad of other aims. Some grand, like dodging the war draft or learning about different ways of living and others far less so.

Nowadays we’re often just searching for a little rush, for a different view from inside the barrel or for the chance to get in one at all. For a few cold beers somewhere the air’s a little warmer and smells a little different or to meet folk with stranger life stories than our own. By our reckoning, every trip, no matter how modest, is to be savoured and celebrated, even if your coworkers are entirely disinterested in your tales of surfing discovery when you land back in the office on Monday.

In the forthcoming pages, however, we’ve focused on stories from more intrepid quests, featuring surfers thoroughly averse to the path of least resistance.

Pete Geall recounts the joys and pitfalls of a surfboard laden hike along Western Australia’s famed Cape to Cape trail. Matt Knight shares some tips for a wind-powered surf trip. Shaper Phil Grace regales us with tales from his attempt to hitchhike from Europe to Australia in the early 70s. We meet three surfers found in Galicia; the end-point of one of Europe’s most well-trodden pilgrimages, who provide the perfect lens through which to explore this most mysterious of regions.

We join writer Nik Zanella on a journey to learn about Dynastic China’s rich tradition of wave riding; beginning with a chance discovery in a temple and culminating on the densely lined banks of the Qiantang River. Then, a series of beautiful images from Tasmania and beyond, imbued with the adversity experienced by the man who captured them. From more familiar shores, there’s the story of two surfers who just sailed around the entire circumference of the UK in a tiny dinghy, without touching land or dropping anchor.

We dive into the history books to hear the intriguing tale of Britain’s first stand up surfer and take a look at a range of ongoing projects by creatives, craftsmen and shapers, from the south coast of Cornwall to the Wild Atlantic Way. Finally, we meet a talented longboarder from Morocco, weened on the country’s longest wave, fresh home from his first-ever hard-won trip abroad. ‘The reward is in the journey and not the destination,’ goes the famous saying, although we’re sure whoever coined it was not a surfer. For us, the lines between the two are hopelessly blurred. Is the destination the airport terminal, or the reef pass three boat trips later? The paddle back to the peak after your first perfect wave of the trip, or the day you return to your local lineup feeling newly emboldened?

Such distinctions are unimportant since, as the following pages attest, if you don’t shy away from a path beset by challenges, there are rewards to be won at every step of the way. 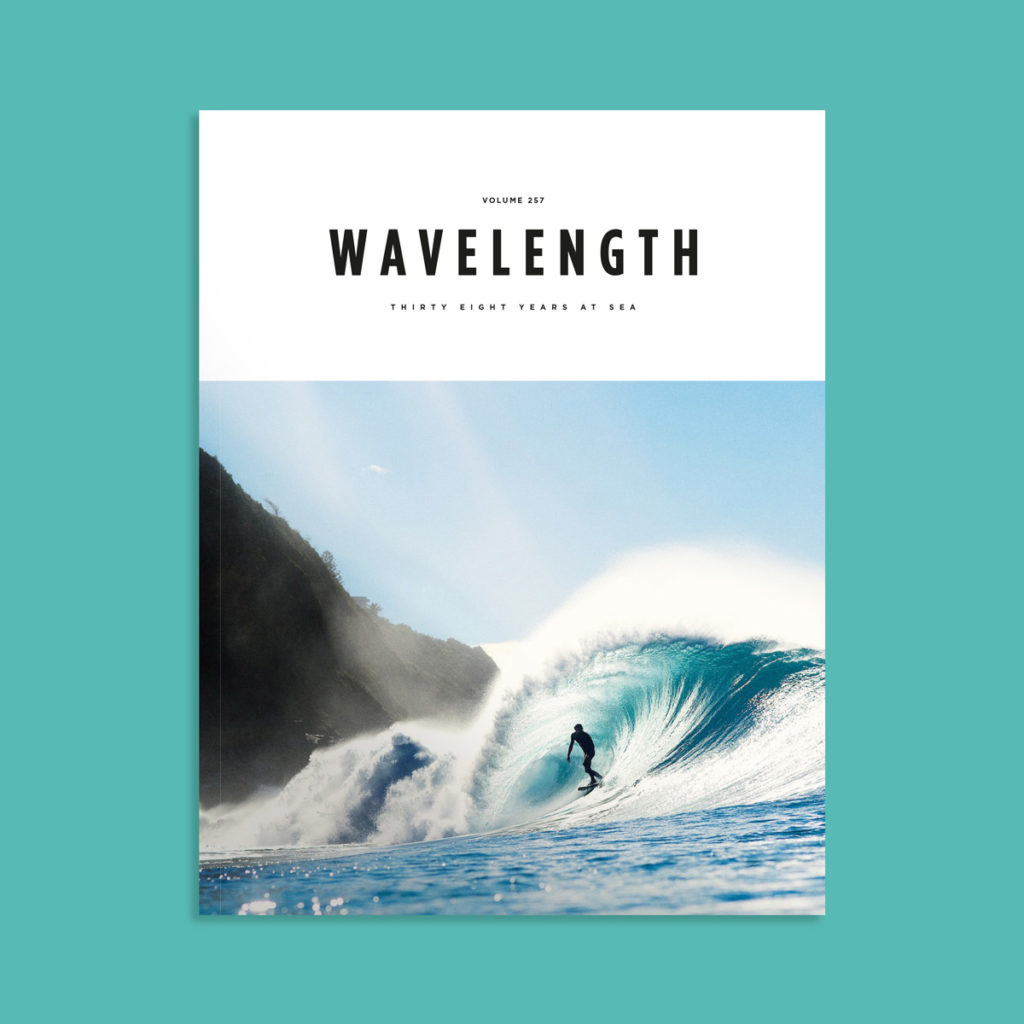 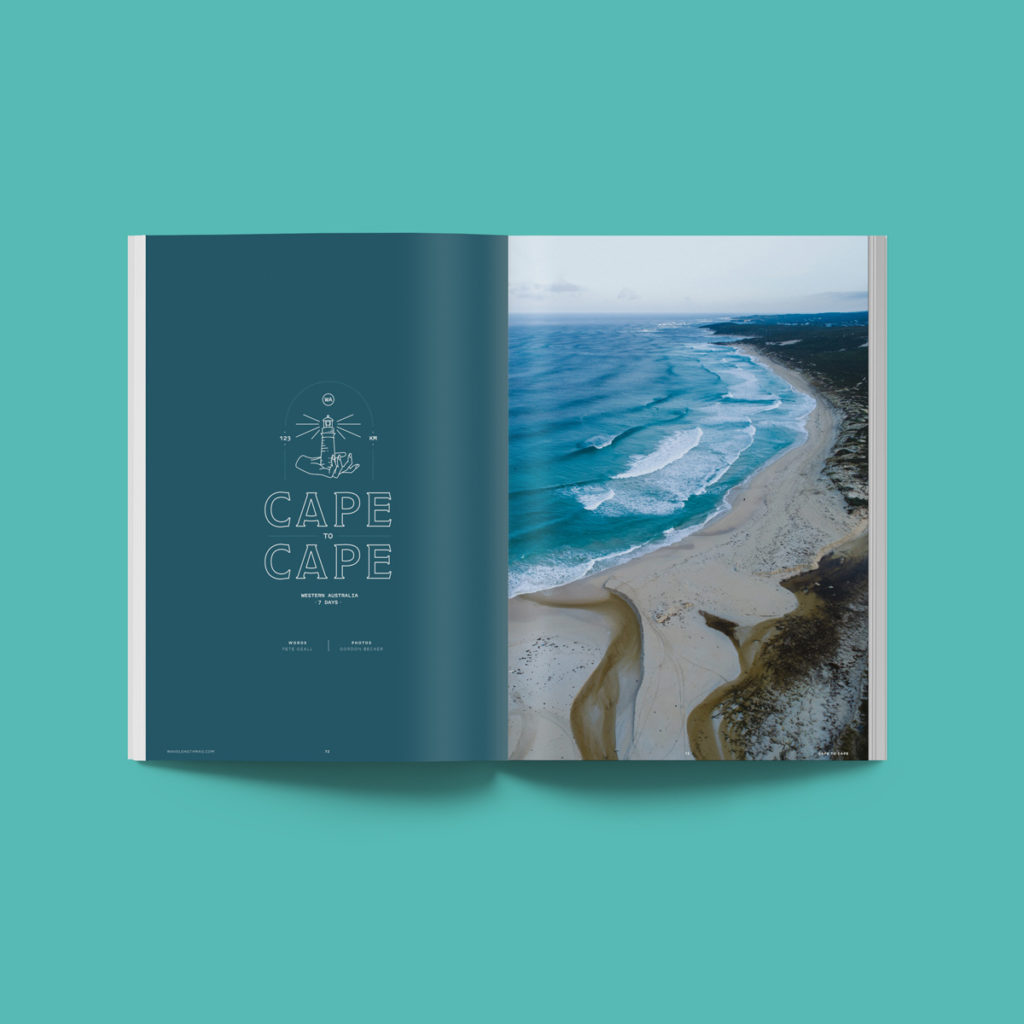 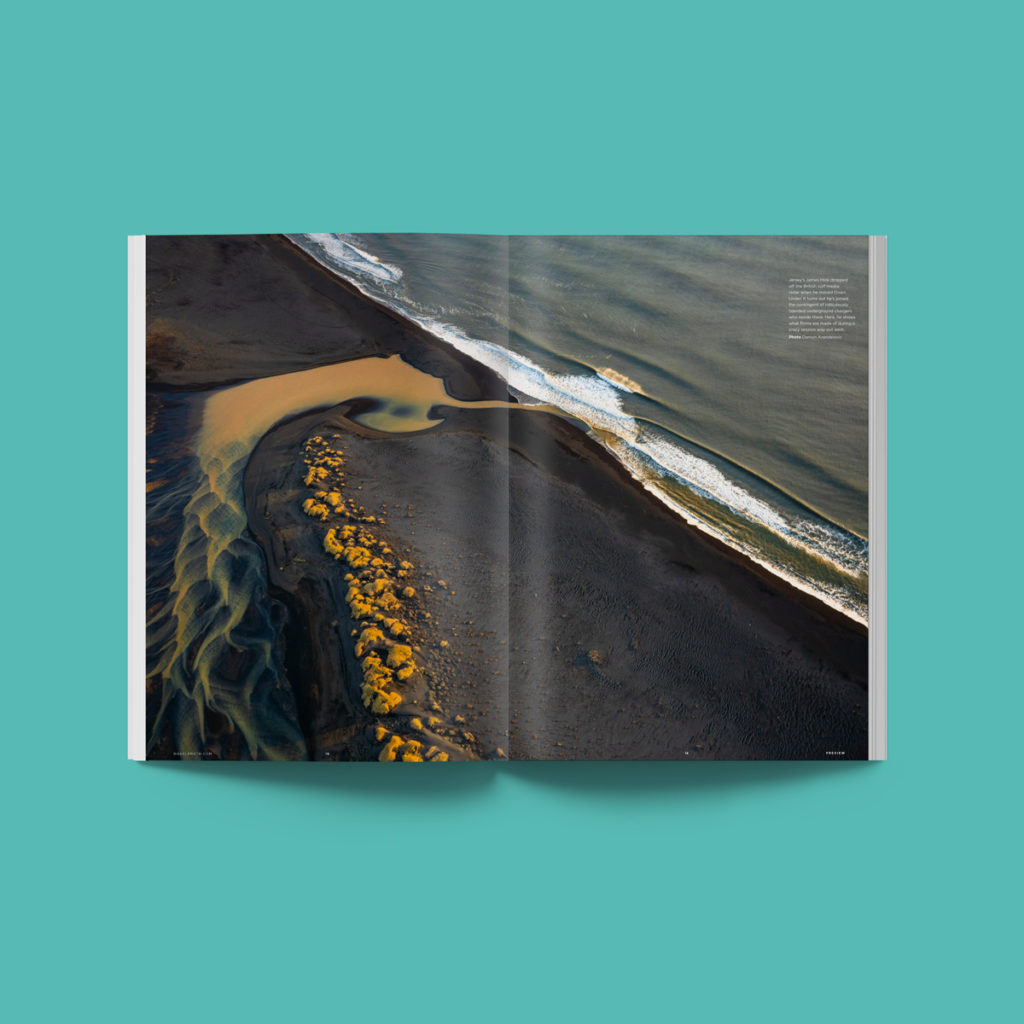 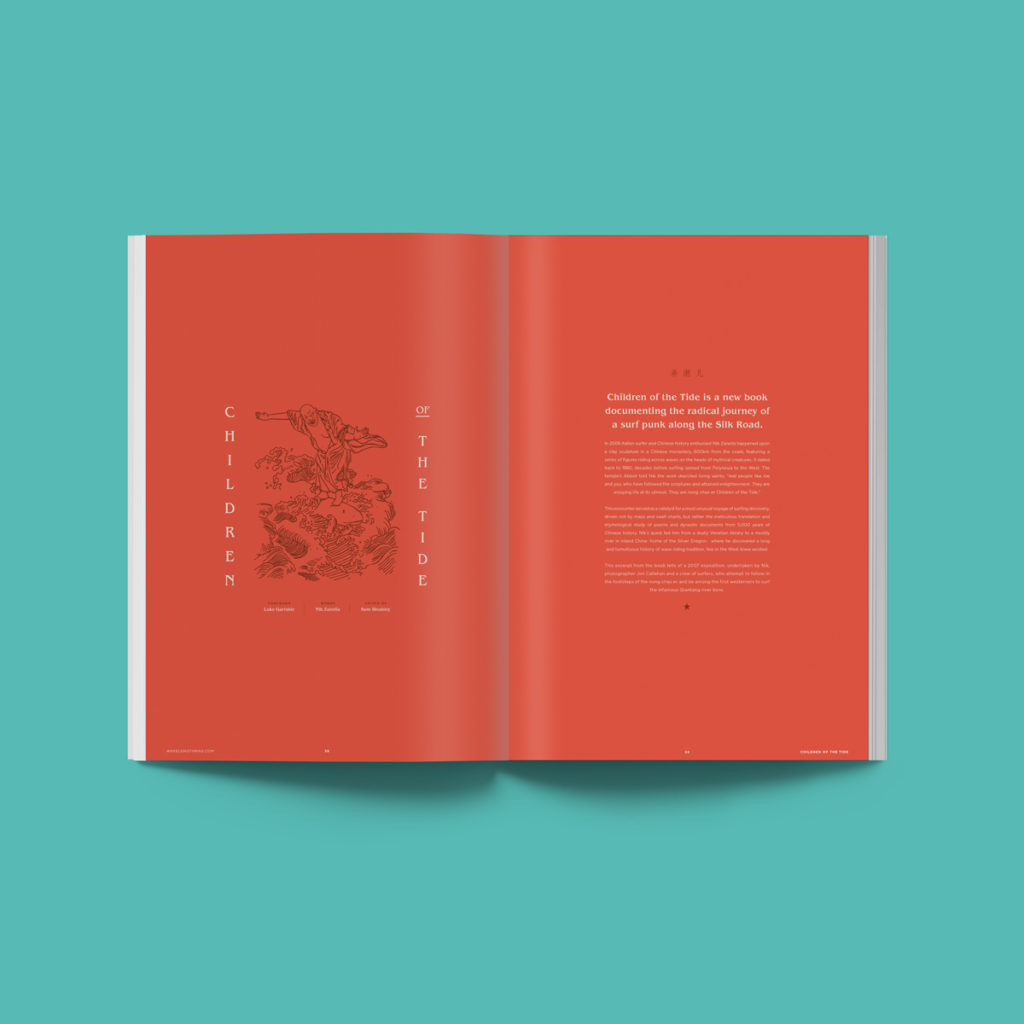 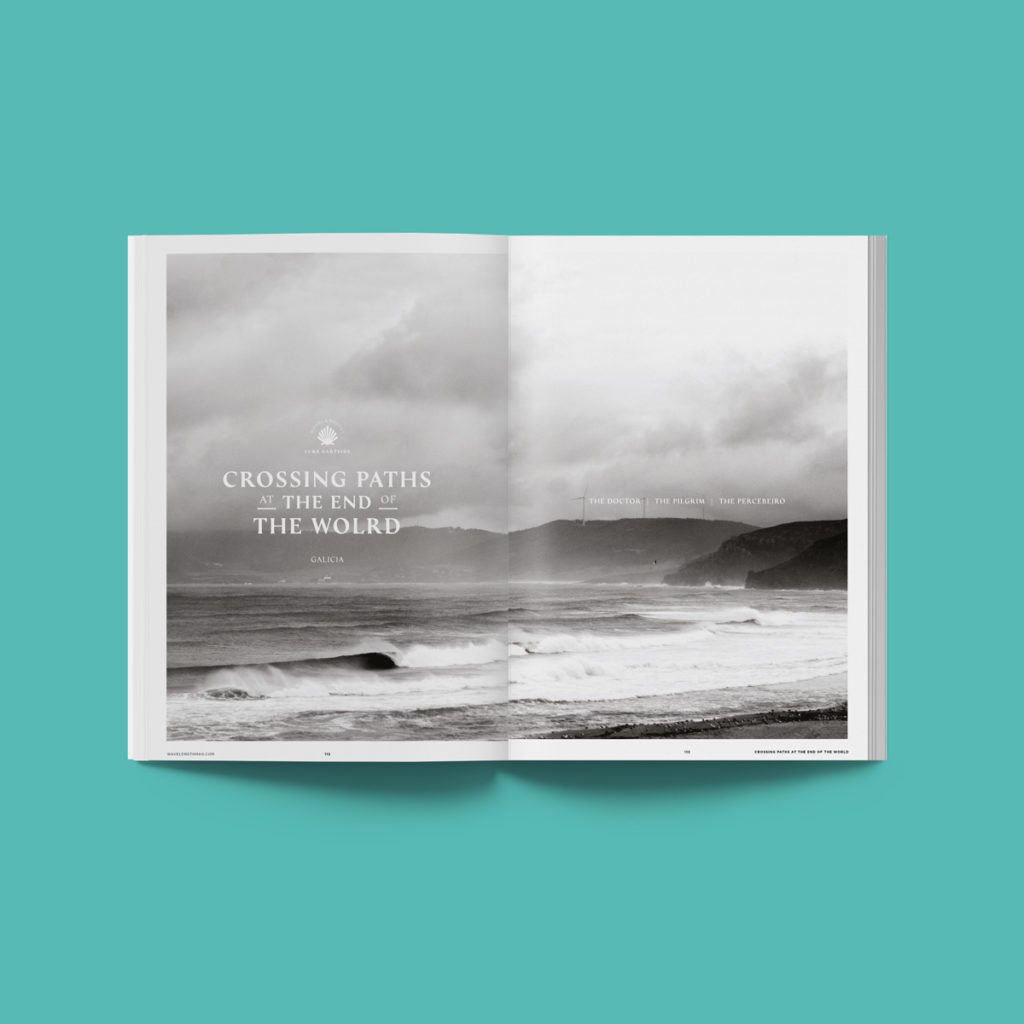 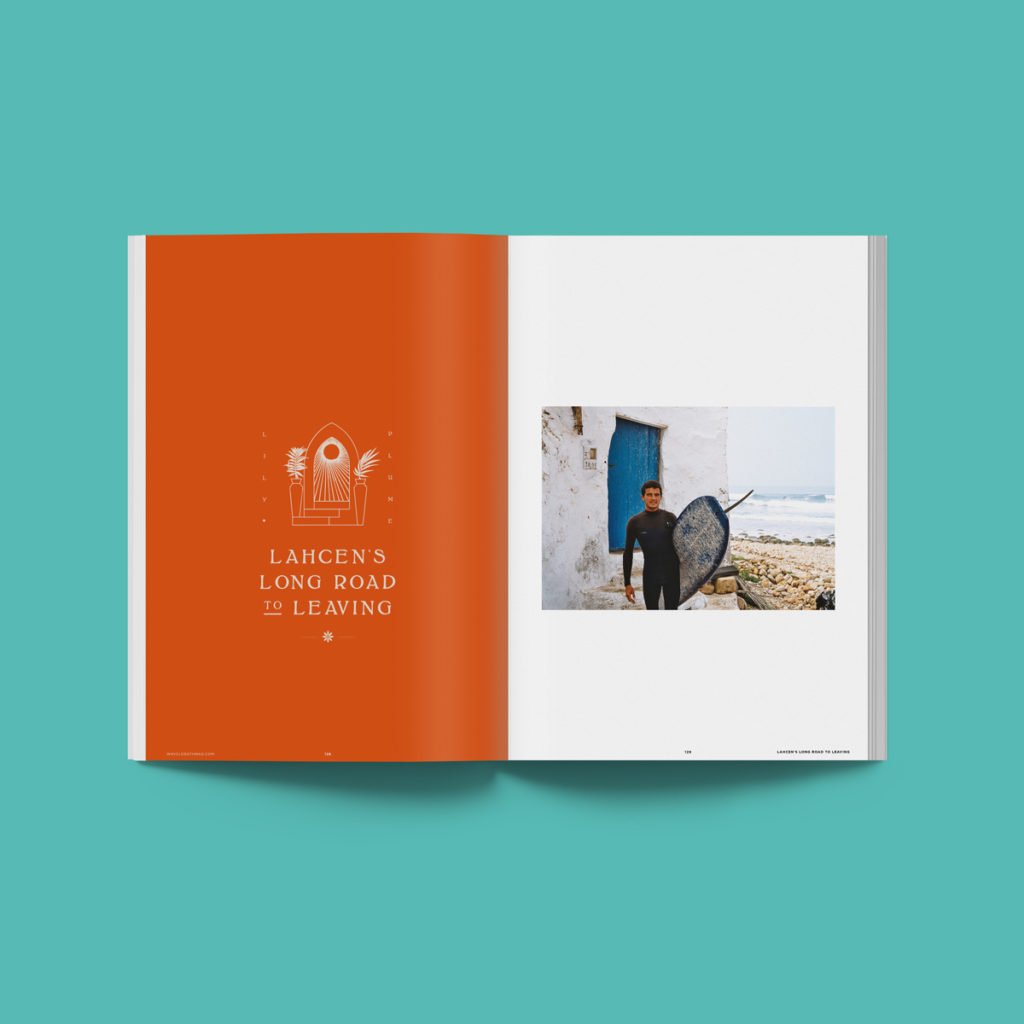 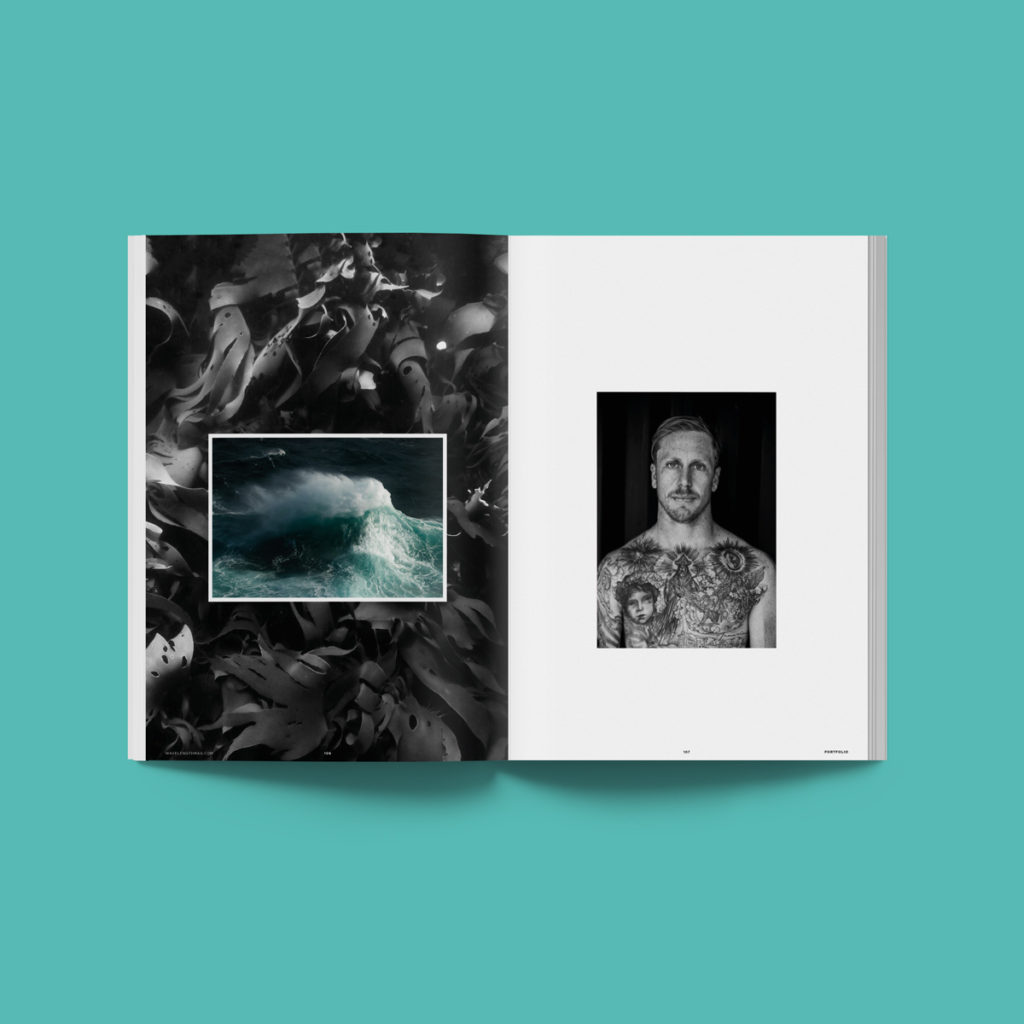 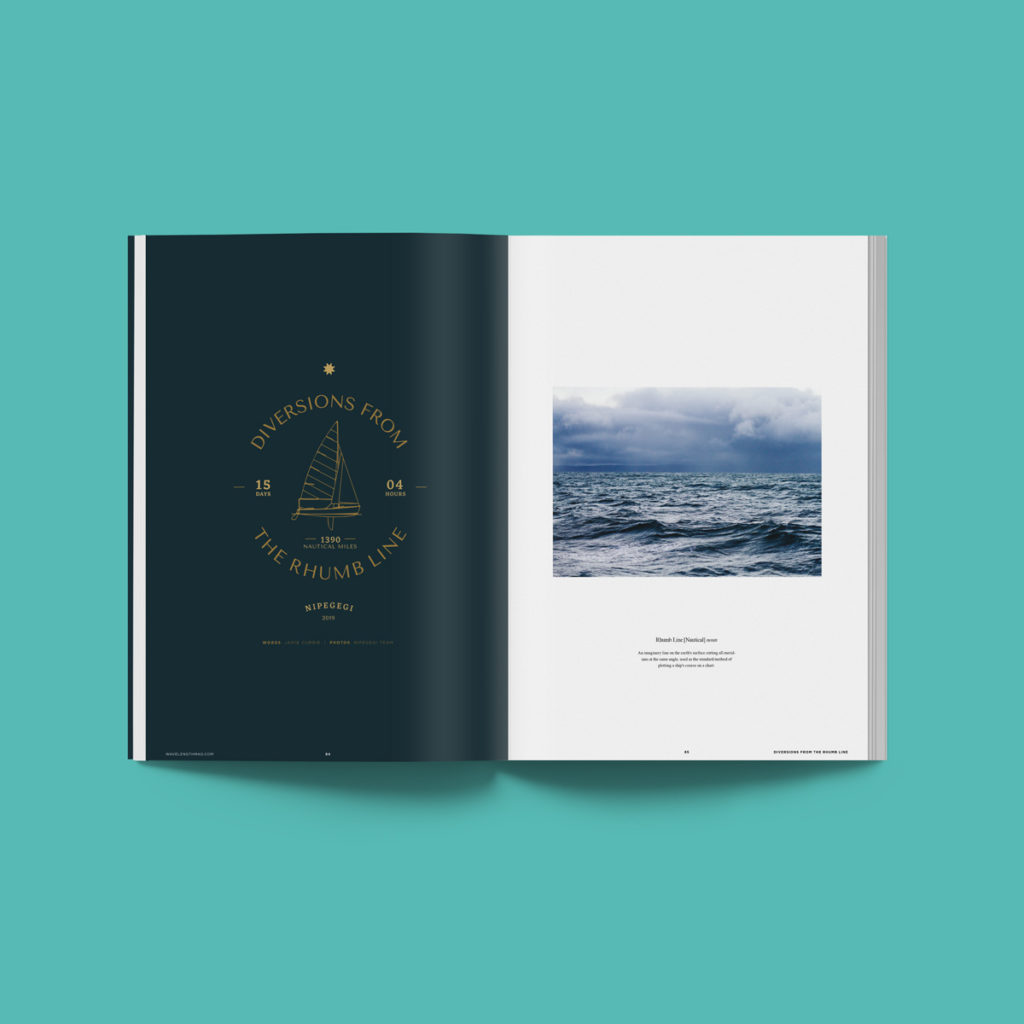