“It’s literally a few inches deep on some sections and then just drops off into these huge black holes,” says Jack Johns of the reef at Bumbaloids – a wave he discovered, along with fellow Cornish bodyboarder and lensman Mickey Smith, on his first-ever trip to the Emerald Isle aged just 14.

Jutting out from the middle of a sweeping bay, the slab offers a short, intense tube amid a maelstrom of hazards, including frequent second reef wash throughs, rogue dry rocks and, as Jack alludes to, a network of underwater caves.

While nowadays it goes mostly unridden, back in the naughts Bumbaloids served as a focal point for a procession of intrepid local and travelling bodyboarders who prowled Ireland’s west coast, pushing the limits of possibility at the region’s now-infamous slabs.

Today’s story comes from one such boog – Jase Finlay, a charger from Wollongong, NSW, who visited Northern Europe back in 2010 during the filming of an ambitious bodyboard movie called ‘the Viking’.

Billed in its promo as “a 100-day extreme bodyboarding experience,” the trip featured all manner of hairy moments, including a near-death skid out on a frozen road in Iceland, but we can confidently say that this one tops them all. 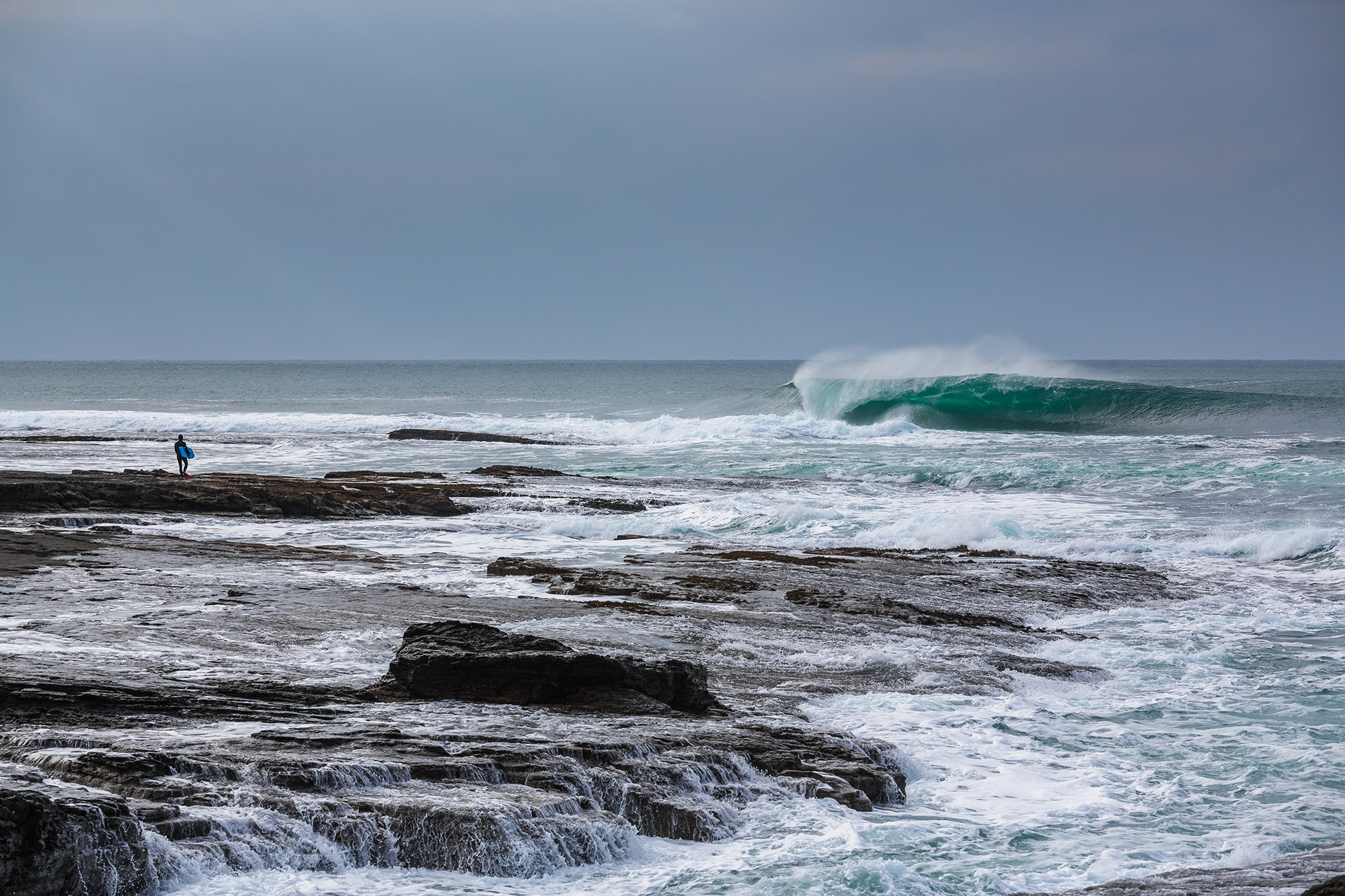 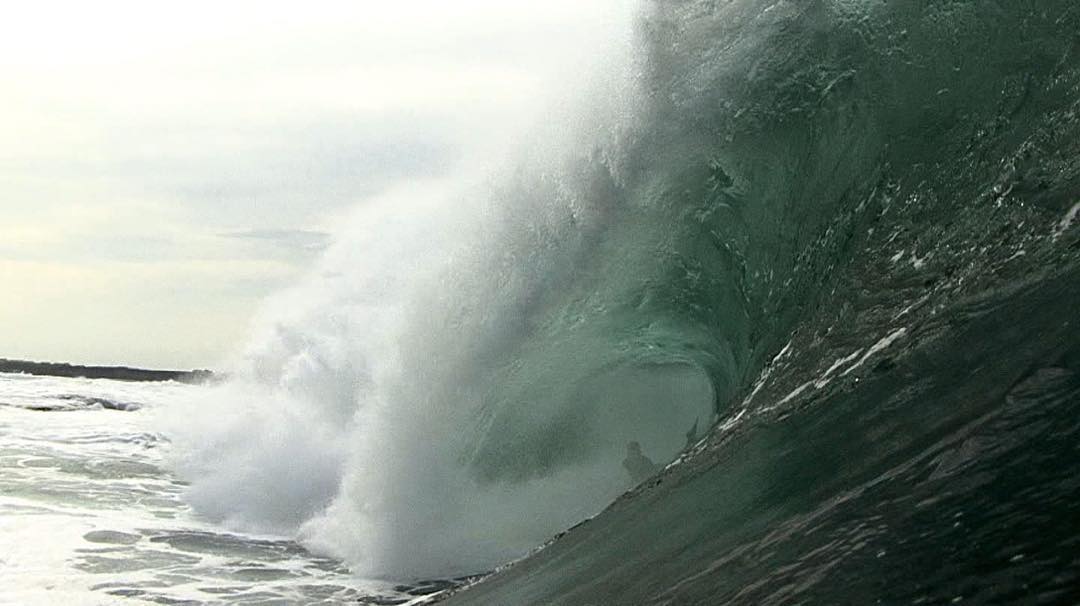 (1) A bodyboarder stares down a thick-lipped beast from the slab. Photo: Ryan Chachi Craig. (2) Jase in the guts of a Bumbaloid keg from the film ‘The Viking’. Photo: Zion Wetsuits

“Ireland’s just a magical place,” reflects Jase, from his home in NSW. “We spent a month and a half travelling around there and got some amazing waves.”

One afternoon, near the end of the trip, they rocked up to Bumbaloids to find it breaking at a solid 6 to 8 foot with strong offshores wiping clean the warps and boils bubbling up the face. “There was a lot of good waves and a lot of wipeouts,” remembers Jase of the session. “It was getting towards the end of the day and I took off on one quite late, got an airdrop and was really driving for speed. Then, a little wedge pushed across which gave me a heap of acceleration and I was planning to push through the shockwave but it warped and threw me to the roof and drove me straight down.”

“I got pushed what felt really deep,” he continues, “so I thought, that’s ok, I’ll just stay calm and wait for the energy to dissipate.” After what he describes as a fair while, he felt another surge of energy on top of him. “I stayed calm. Stayed claim. Waited,” he says, “and finally I had the urge to breathe, so went to kick and paddle to the surface – going directly up – and my head just hit rock above me.” Air supply dwindling, he fumbled around desperately in search of a hold.

“It was all just whitewash, I couldn’t see anything,” he continues. “So I just reached up behind me and instinctively grabbed the rock.” Bending backwards, he pulled his body up so it was flat against the roof and began dragging himself across. After sliding over what felt like several meters of flat rock, he finally felt it curve back towards the surface. With his lungs screaming, he heaved himself up through the gap and emerged through a thick layer of foam.

Back on the reef Jase sat, shaking and breathless, contemplating just how badly things could of turned out. “I could have hit my head on the way in, or I could have been facing the opposite direction. I could have pulled myself in deeper, not towards the opening,” he says.

As the sky darkened and the remaining surfers out the back caught their last waves in, Jase decided the only thing for it was to get back on the horse.

“I was getting in this weird state where I thought if I didn’t go back out and catch some more bombs, I maybe wouldn’t surf again,” he says. “I thought if I just go in now and reflect on it too much on the shore, it might just consume me.” 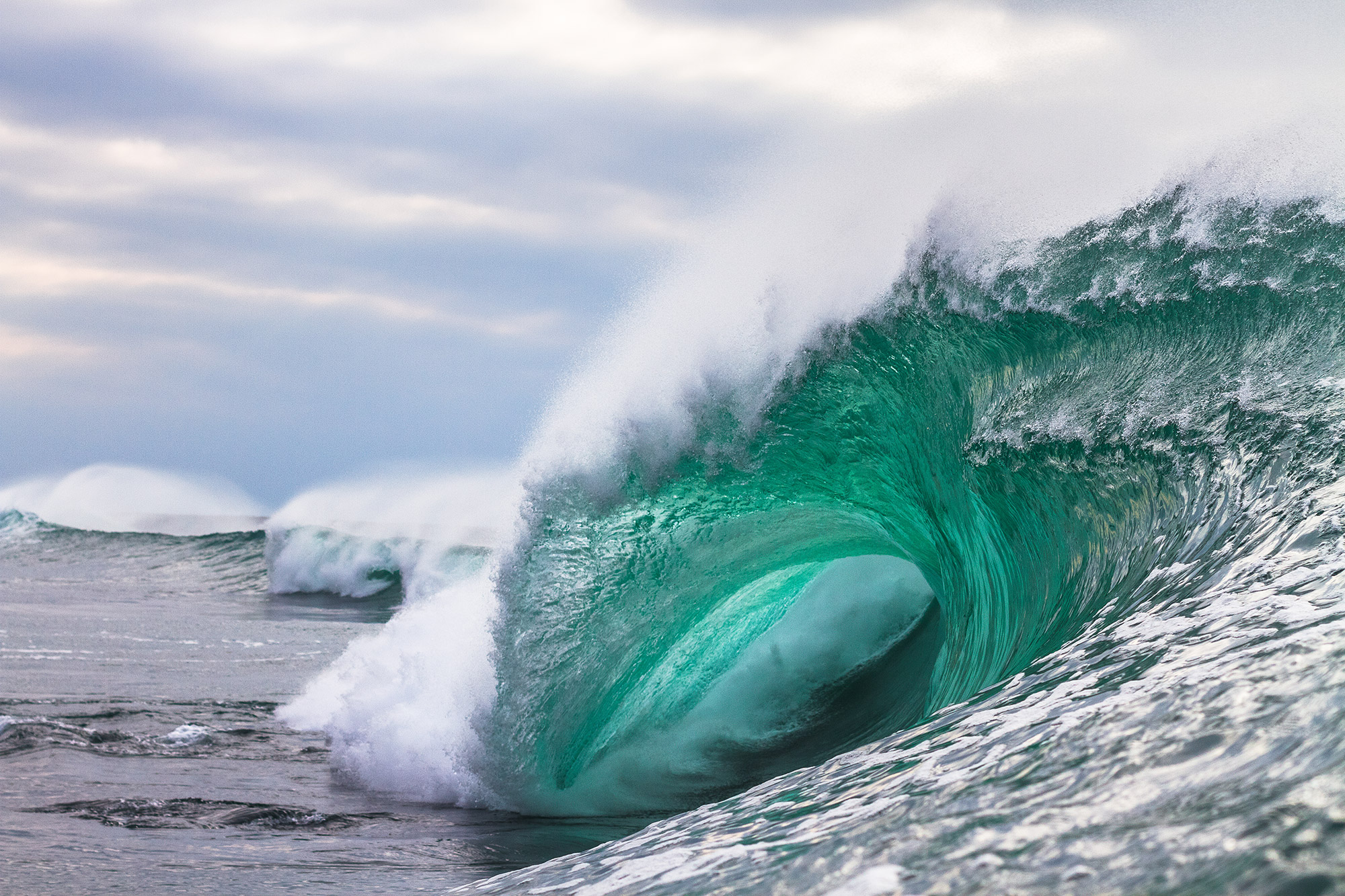 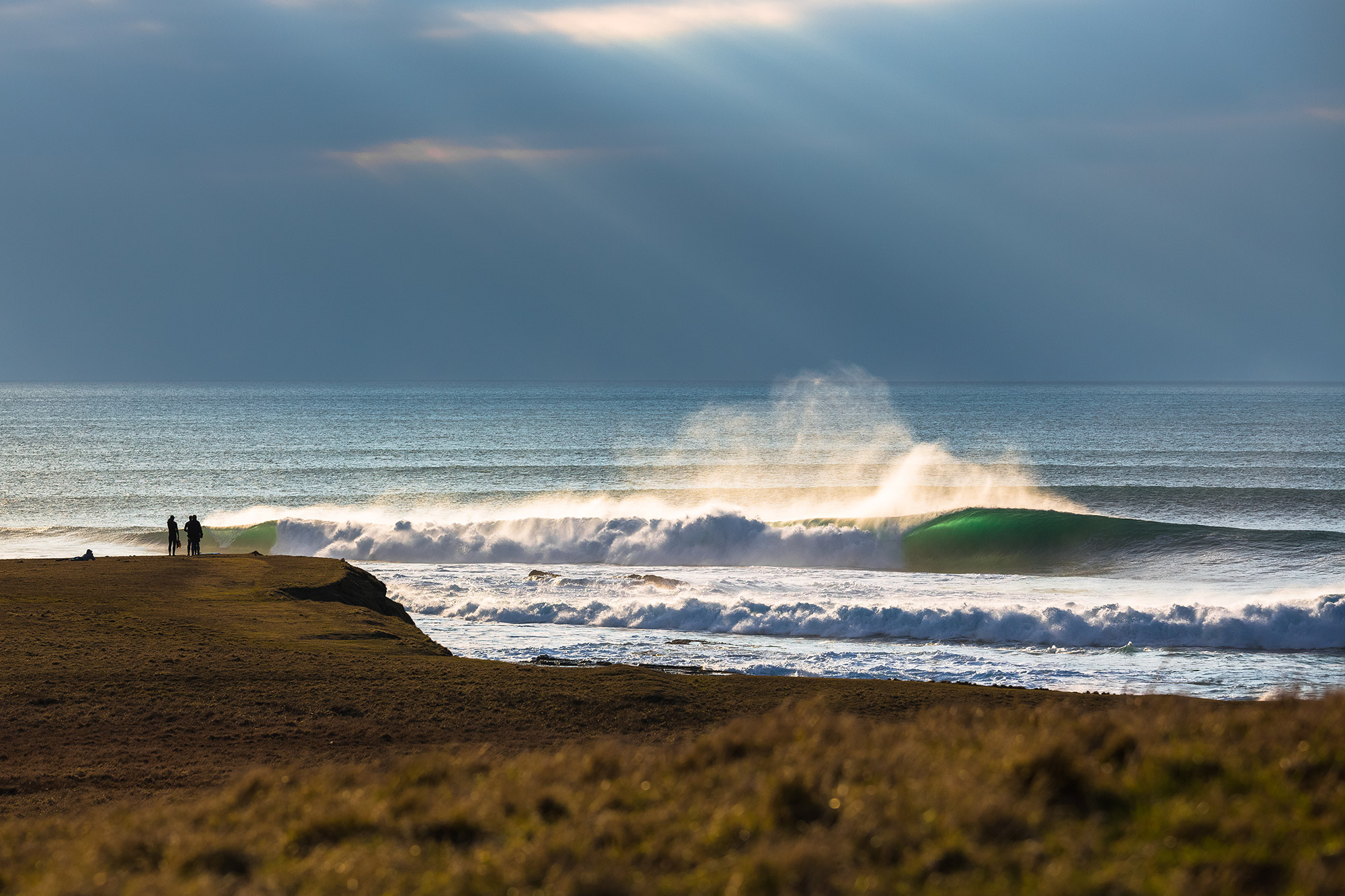 (1) The reef offers a perilous cocktail of super shallow ledges and deep trenches. (2) Surveying the scene; a small crew watch from the cliff as a wild one lurches open on the slab. Photos: Ryan Chachi Craig

So, he jumped off into the keyhole and paddled back towards the peak. “In the end, it was just me out there, right on dark,” he recounts. “And I was kind throwing myself into the biggest ones I could get, just to make sure that scary situation didn’t have me by the balls, I wanted to overcome that fear straight away. I wanted to keep surfing forever.”

A decade on and Jase is still chasing monstrously heavy waves, although nowadays, he balances the pursuit with family time looking after his young son and working full tilt as an oyster farmer.

In all his years though, he’s never seen or experienced anything else like that. “I’ve spoken to guys since who’ve been snorkelling over the reef on flat days,” he says, “and they told me they’ve seen this small opening that then opens up into a cave underneath.”

“I guess I was just so unlucky to have got in there and so lucky to be able to get out.”

On Reefs: Ollie O'Flaherty And The Riley's Ravine

[Welcome to ‘On Reefs’ a series of stories exploring the hidden quirks and perils of reefs around the world through the personal experiences of those who know them in intimately.]  Since [...]