The waves pumped from dawn till dusk, with reeling rights and lefts on the outer banks at La Nord serving as the playing field for the early rounds, with action shifting to the giant la Graviere shore break as the sun started to dip, with barrels erupting so close to the beach, the assembled mass of surf fans could feel the spit on their face.

The minute event front runner Medina was toppled by Ace Buchan (of all people) in round 4, the field was thrown wide open and it was the local contingent who capitalised.

After an excellent showing on day 2, giant-killers, Lacomare and Fioravanti continued their winning streak through the morning, enlivening the crowd and letting the idea that this could be the finally be the year for a Frenchman start to creep in. 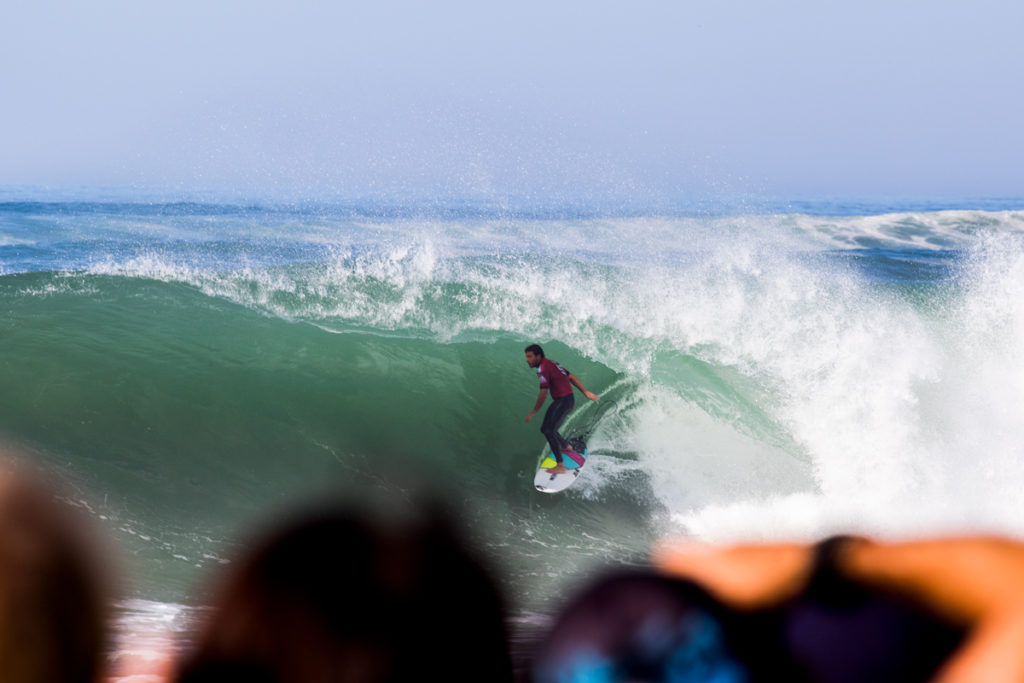 In the end, it was Flores who picked that feeling up and ran with it, reading the shifting, tricky lineup perfectly through his heats, putting on a series of dominant performances throughout the day that peaked at just the right time. 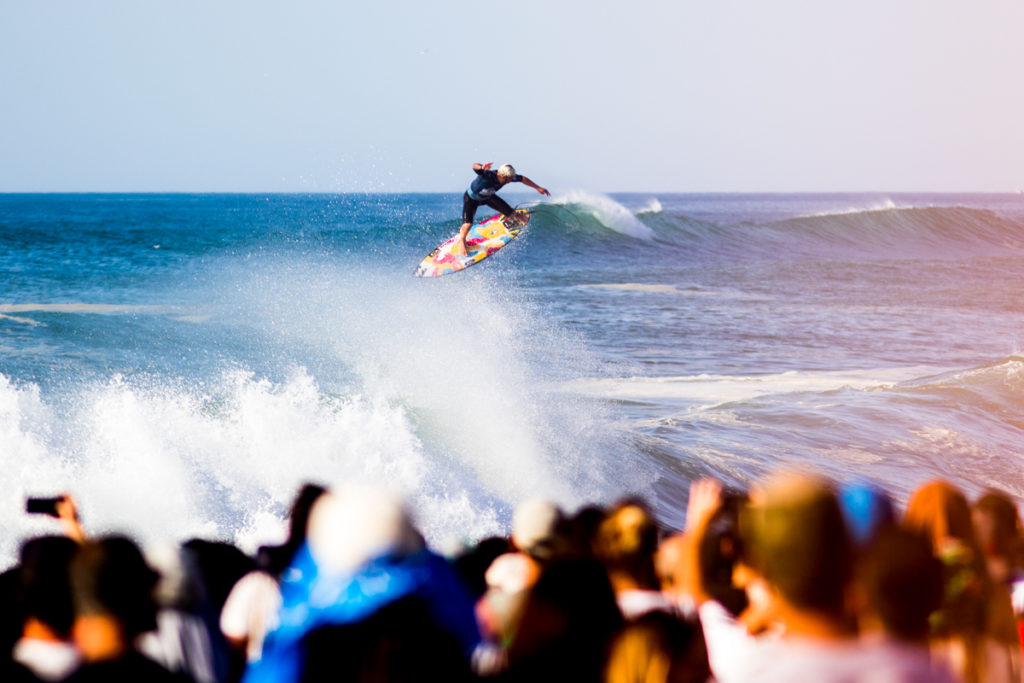 By the time the final beckoned, the whispers of potential victory had turned to screams and despite a valiant resistance from Italo Ferreira (including several suicidal shore break airs), Jeremy’s insane barrel acumen saw him snag a near-perfect Grav tube for a 9.7 almost as soon as the hooter sounded.

The victory marks a historic occasion for European surfers, who have never previously managed to take out the Quik Pro. 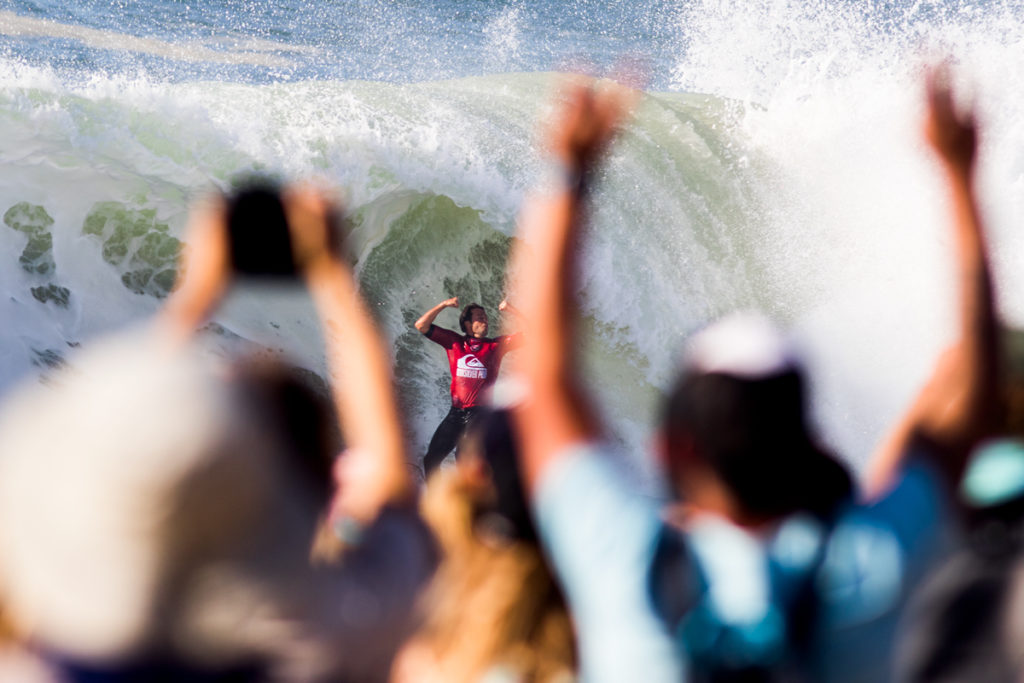 An emotional Flores was quick to dedicate the win his to both the adoring mass of fans, and the late Quiksilver CEO Pierre Agnes, who he explained was the first to believe in him and truly give him a chance.

“This one stays in France” he told the crowd.

There’s plenty more content to come from the event, but for right now, I’ve got five thousand crazed surf fans to join for a beer. It’s going to be a wild night in Hoss. See you on the tiles. 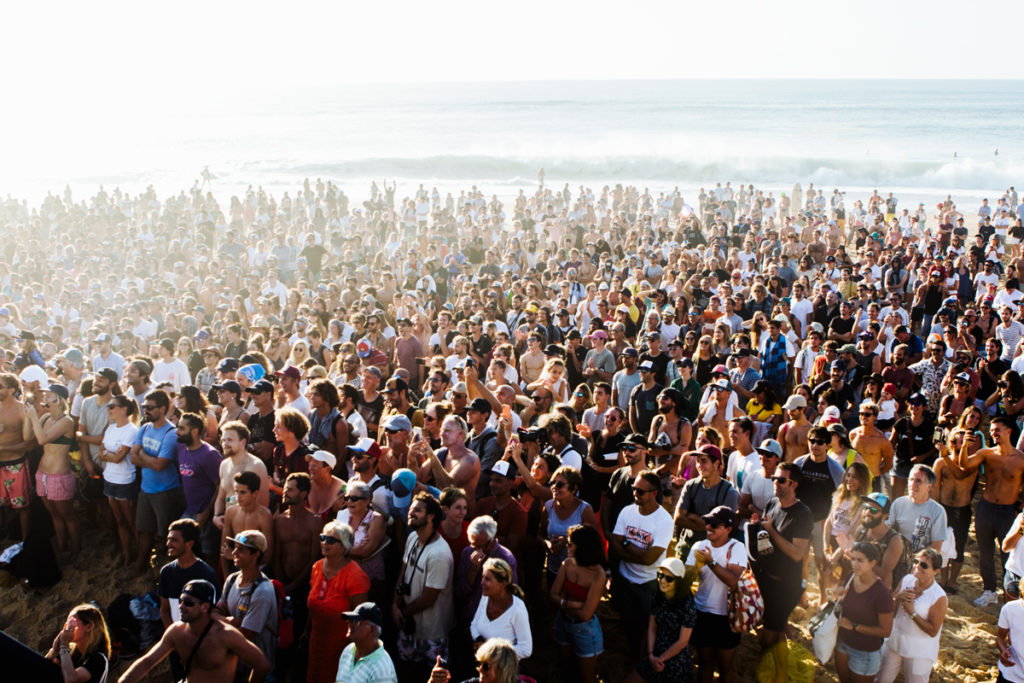