[Earlier this year, we featured Mark McInnis’ portfolio in Vol. 258. Right now you can get both our 2020 print volumes alongside a limited edition t-shirt, beanie or mug as part of our range of Wavelength gift sets.]

Mark McInnis grew up in Bend, Oregon, passing his youth among the mossy forests, lakes and snowy mountain peaks.

He snowboarded and fished and rode motorbikes, throwing himself headlong into any adventure activity the surroundings served up. Beyond his immediate environment, his inspiration in early life came predominantly from his two father figures; his biological dad, an avid surfer and free spirit, whom he’d visit regularly across the Pacific on Maui and his step-dad; a successful entrepreneur, driven and industrious.

Each taught him something different about navigating the world, with their influence playing out in his approach to life, art and career.

When Mark was 23, his biological father Will was attacked by a tiger shark while surfing near his home in Maui and sadly lost his life. It was a horrendous blow for everyone who knew and loved him, but Mark says he’s sure there’s no way he’d rather have gone.

After that, surfing wasn’t just the thing that Mark went to Hawaii to do with his dad any more, and he set out exploring the waves near his home back in Portland. He remembers one day in particular, a few years after his father’s death, when he drove out to the coast and found the surf way out of his league. It was wild and rugged, with stiff offshores and beautiful backlight, so he pulled out his camera and started to shoot. From that moment on, Mark dedicated himself to the art and craft of surf photography, carving out a niche as he traversed the unspoilt coastlines around the Pacific Northwest, south into California, north into Canada and eventually further afield to South America and across the Atlantic to Europe. 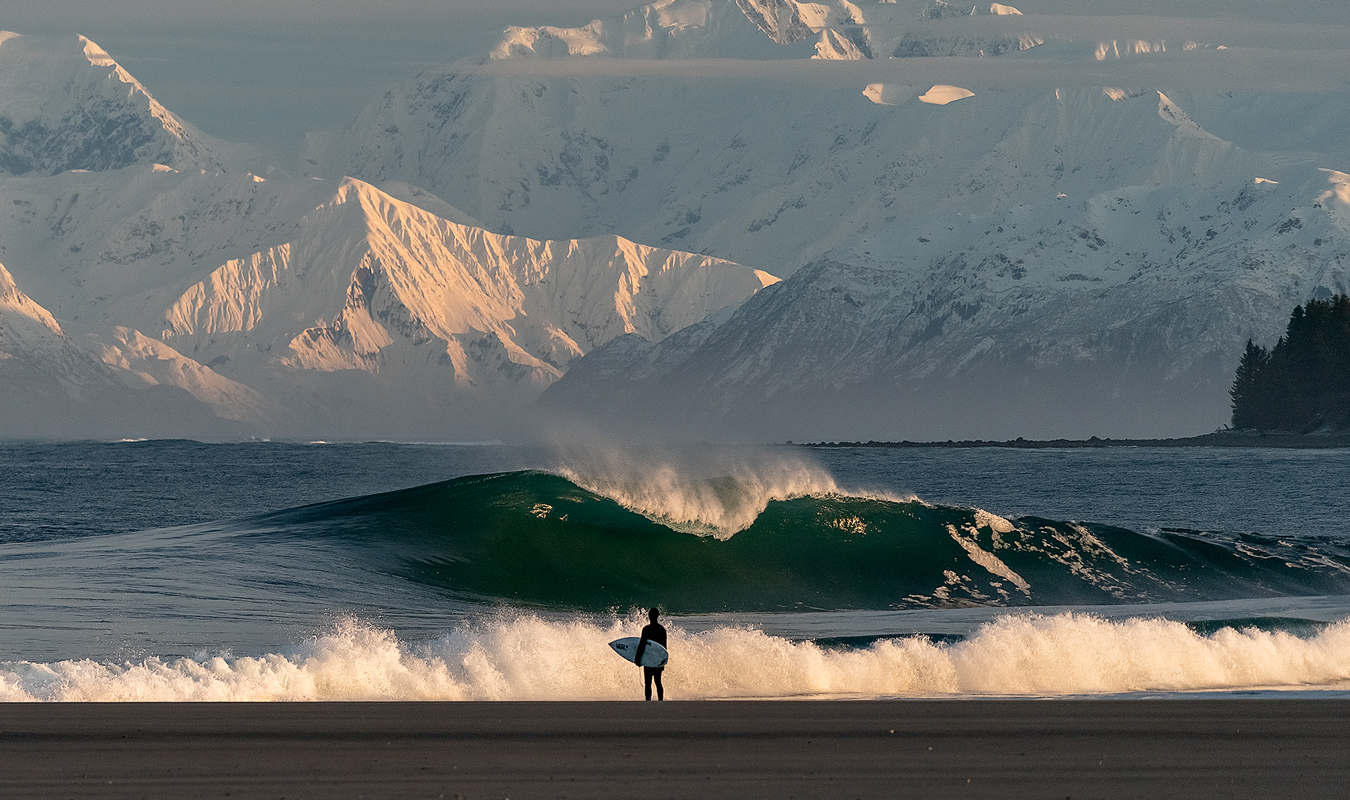 Last year, Mark landed the cover of Surfer Magazine (in what would turn out to be its penultimate year) with an iconic image of his mate Josh Mulcoy gazing out at an Alaskan a-frame. “It’s one of those shots that’s come to define what I’ve always loved in surf and surf photography,” he said of the image and the wider world felt much the same. Heading into 2020, things were looking good.

Then, in September of this year, after riding out the first wave of the global pandemic, Mark’s world was turned upsidedown when a wildfire tore through Oregon destroying his family home, everything he owned and every image he’d ever taken. In the wake of the disaster, Mark’s friends Chris Burkard and Josh Mulcoy set up a fundraiser in order to help him recoup some of his losses and the response from the community was overwhelming.

Recently we caught up with Mark to find out about these life-altering events and what’s happened since.

WL: Coming off your success in 2019, you must have been pretty excited coming into this year…

MM: I was feeling so good about 2020, I thought ‘this is going to be my year!’ I even remember telling my mum and my girlfriend at the time like ‘2020 is going to be epic, I can feel it.’ But I guess my intuition was kind of off on that…

WL: Where were you for the first lockdown?

MM: I had just moved home to Oregan after being in LA for the previous three years. I was living in this little family house we’d had since the early 2000s, next to a river in a remote part of the state. It was the perfect place to be when all this stuff hit the fan, because you’re kind of in the middle of nowhere. I mean if you live up there, you’re always kind of quarantining in a weird way, because it’s just the nature of the area. 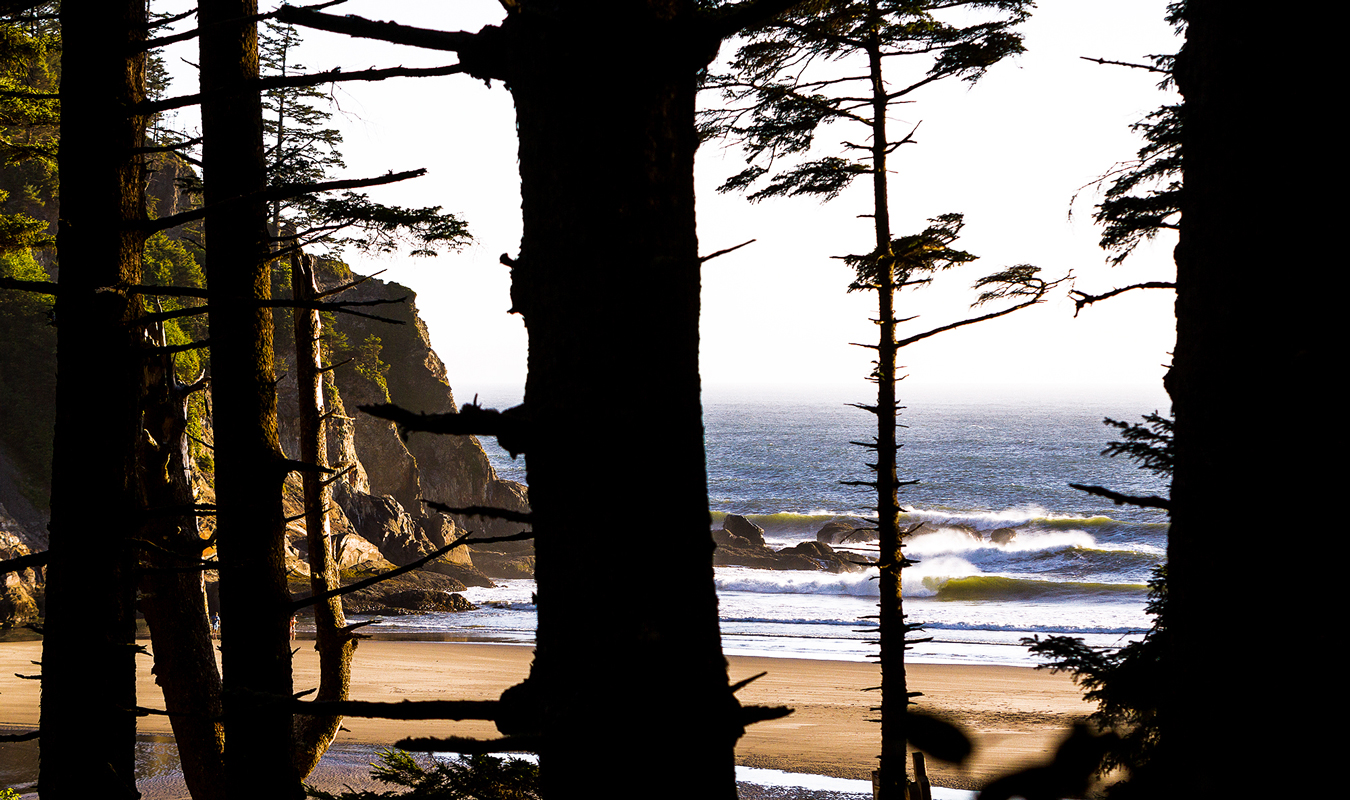 WL: Looking at your work, it seems as though you’re generally drawn to wild, isolated places anyway….

MM: I mean I’m social and I love my friends and to have a good time with people, but the day to day of my life is quite insular. I spend a tonne of time alone and I’m really comfortable with it, so my experience with lockdown wasn’t a big deal.

WL: In September, your life changed drastically. Where were you when you first found out about what was happening?

MM: Well, about six days before the fire, my girlfriend broke up with me. I had this deadline due for a client, so during the first three or four days of the heartache, I was just sitting in front of the computer all day, which for someone who’s been through a gnarly breakup, is the last place you want to be. As soon as I was done with the work I was like ‘I am out of here, I’m just going to get out into the woods and go backpacking.’ I was in North-Eastern Oregon, like eight or nine hours away from the house when the fires started, so there was no chance of getting anything out. Even if I was there, I maybe could have got the hard drives and the cameras out, but for the most part, that thing happened so fast there was just nothing anyone could do about it.

WL: How did you find out about it?

MM: An ex-girlfriend who knew we had the cabin there actually messaged me and asked if everything was ok with a screenshot of an alert she’d been sent to her phone. I called my mum immediately. She was back home in Bend, which is about an hour and a half from the river house. She was in a state of shock. It was hard to talk to her.

All the reports were that Blue River, which is the little village that we lived near, had been decimated, totally lost. We’d seen photos of it. So we were prepared for the worst mentally. But then we heard our neighbours’ houses down-river and up-river had both survived.

After a week of no news, I just went down there and begged the police officer to let me through. He told me he couldn’t because it was still really dangerous down there, with trees falling and that they were still looking for bodies. But his Captain volunteered to go down to the address and he came back with the bad news that yep, our neighbour’s houses did make it but ours did not. It was nice of the guy to go and check for us. It brought me some closure after a week of wondering. I just started throwing up and stuff, it was pretty gnarly. 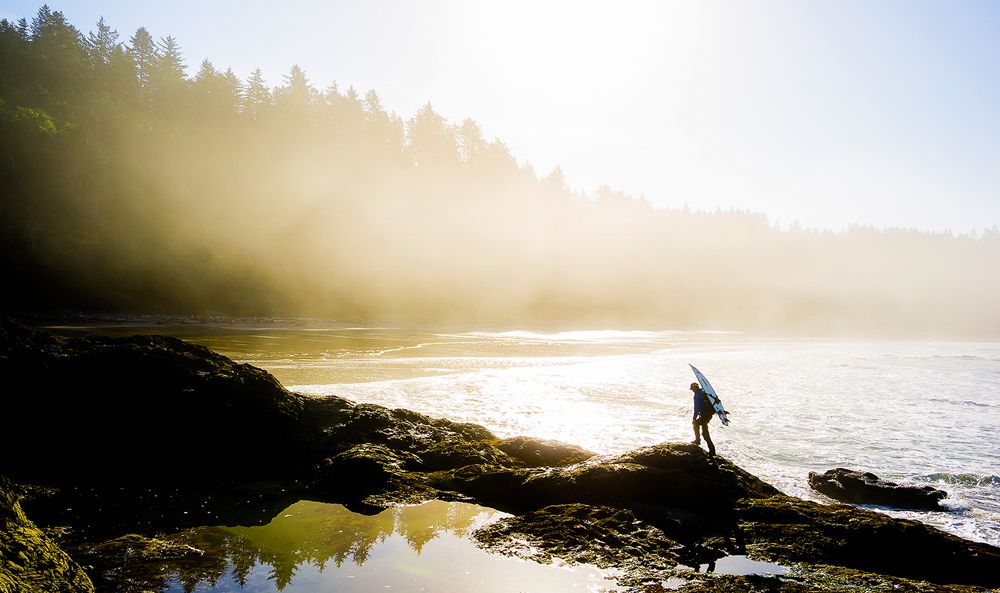 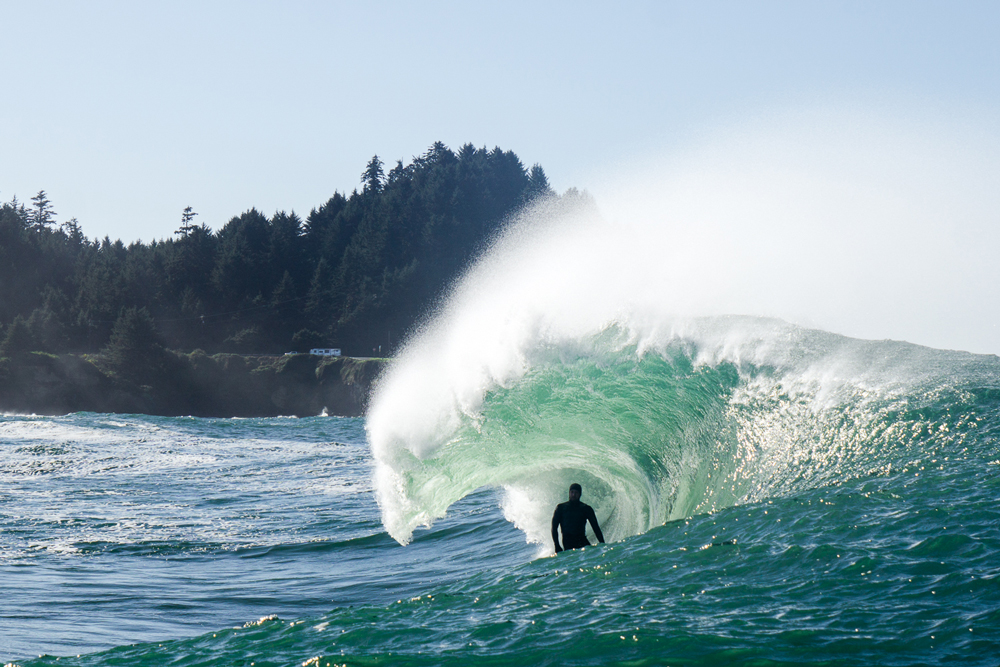 WL: Have you had the opportunity since to go and have a look?

MM: Yeah, I’ve been three times. The first time I had a shovel and gloves and boots and was just looking for anything I could. I found some reminiscence of some old cameras that hadn’t burned, which I saved and I plan on washing off and framing someday.

WL: We’re always being perscribed – through various schools of thought, from Minimalism to Hygge – what things we need to make us happy, I guess losing everything forces you to confront all that pretty directly….

MM: It’s weird dude, I wish I had some sort of profound quote that’s really Buddhist and Zen, but it just kind of sucks really. I don’t really have the words to describe it, but internally from a mental and spiritual standpoint, it is sort of like… wow, I really have nothing, this is really a fresh start. The slate is actually as clean as can be, you know, with my relationship, all my possession and all of my work gone, I can do whatever the hell I want. So you think: ‘What should I do? What should I purchase? What should I surround myself with?’ It’s been a really interesting headspace. 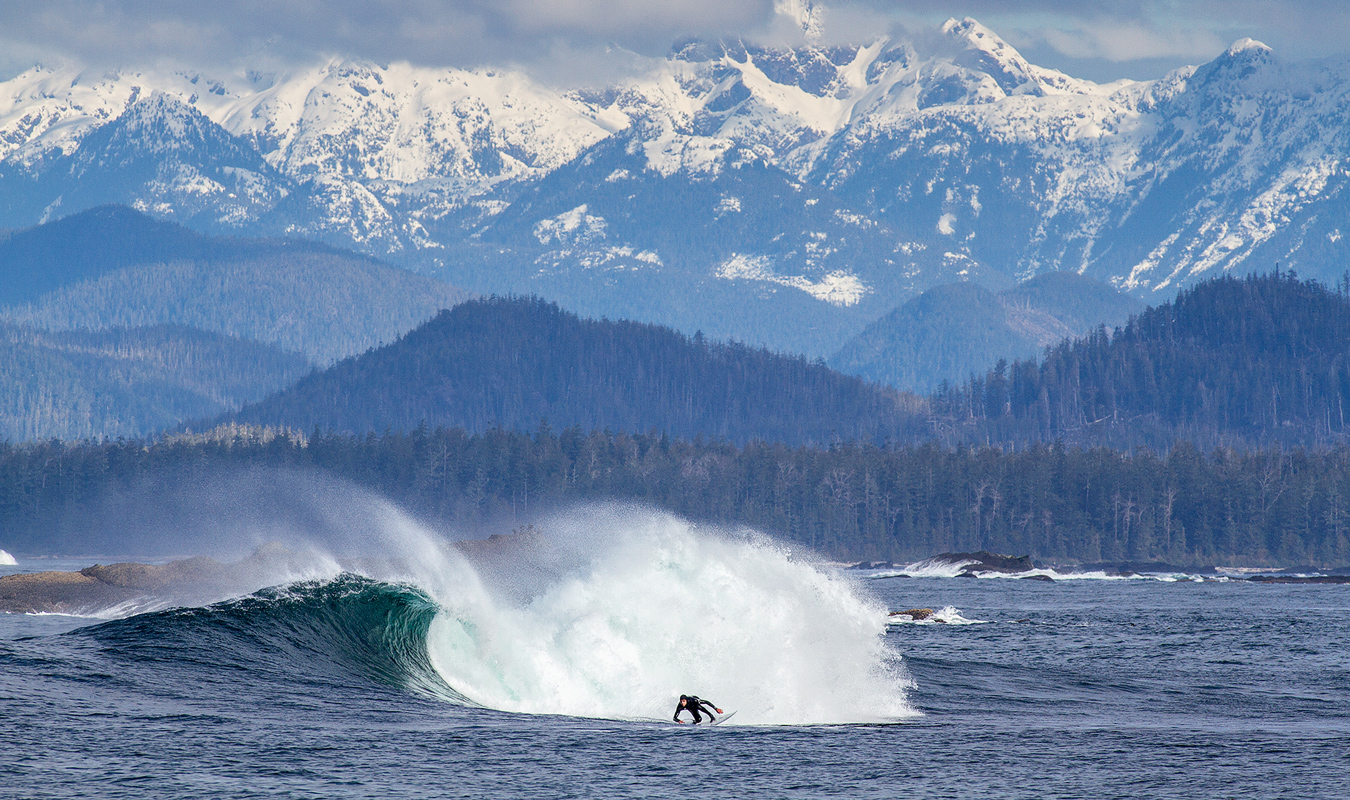 WL: And so tell me about the fundraiser that Chris and Josh set up for you?

MM: At first, Josh sent me a Venmo for 200 bucks and I sent it back immediately. I was like, ‘What are you doing dude? Give me a break.’ And he was like ‘Hey dude, you have to understand I love you and to see you going through this, it actually hurts me. You have to let people help you, because helping you is how I’m going to be able to heal.’ And that was a profound moment for me, reading those words that he wrote back. I just remember breaking down crying.

I was on a group text message with Chris and Josh, and they said, ‘You’ve got to start a GoFundMe.’ I said, ‘You guys are out of your mind. I’m not doing that.’ And then 48 hours later Chris just sends me a link, saying something sarcastic, like ‘If you’re going to be stubborn, this is what’s going to happen.’ He set it up and then when I realised that was happening I felt obligated to promote it myself, so that’s kinda how that happened.

WL: Tell me about the response? How did it feel when your phone started pinging that morning?

MM: I was getting lots of Instagram direct messages about it, saying ‘I just donated this and that,’ but I actually made a point not to look at the page… I don’t know dude, the whole thing; going through a breakup, losing all your images, losing all your cameras, losing vehicles, family heirlooms and motorcycles and everything, it’s all super overwhelming and it’s hard to know how to feel. And then when the GoFundMe came out it was like the opposite of loss, it was support and it was gratitude. It was just too much for me to handle. So I didn’t look at it for ten hours or something and then by the time I did we’d already hit the goal. And it just kept going and going and it ended up being 47 thousand dollars or something, which I’ve subsequently just put in a savings account. That day was crazy man. I’m just so grateful to everyone. 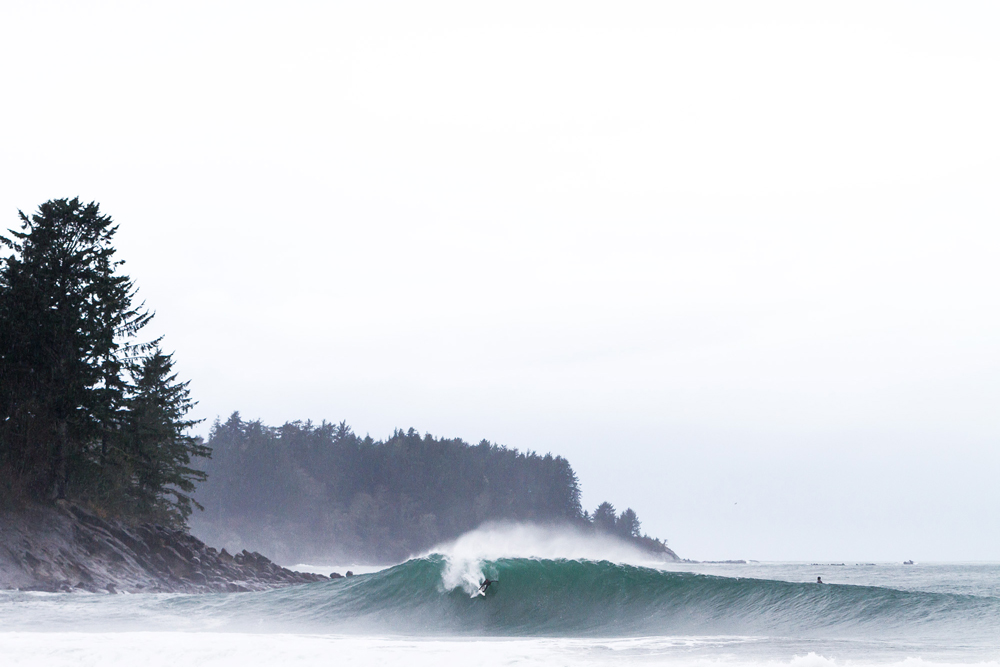 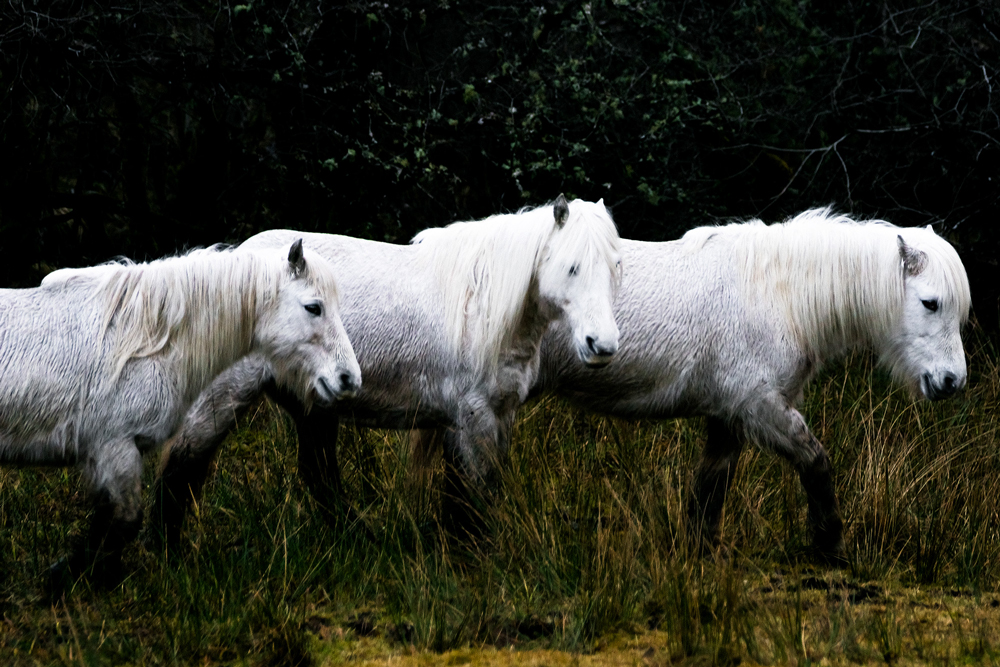 MM: I’m just riding out the storm to see what happens with my life. I’m going to make decisions after this winter about what I do with everything and how I put that money to the best use.

WL: I’ve got some work stuff coming up before the end of the year for some clients. It’s taking shape again and people are reaching out. There are some proven ways to work in this Covid era that make people feels safe. People need to create, they need to promote their brands, they need catalogue imagery. The world revolves around photographs because photographs help people tell their stories. People are starting to come back around to that and it feels really really good.

Around The World In 6 Surf Shots: Curren's 90's Backdoor Bomb by Ted Grambeau As one of the surf world's foremost photographers for over 4 decades, there isn't much Ted Grambeau hasn't seen [...]

Beautiful Images From The Wilds Of Iceland

Thanks to ever-developing wetsuit technology, many regions previously thought of as overly unhospitable have become popular destinations among surfer. One such region is Iceland, which hosts an [...]

Calm Amongst The Chaos: Trevor Gordon, Fiji by Morgan Maassen

Around the World in 6 Surf Shots: Morgan Maassen's study in Fijian stormscape Morgan Maassen rose to the fore in the highly competitive world of surf photography shooting the likes of Dane [...]