Surfers Not Street Children is a charity founded by street children’s activist and surfer, Tom Hewitt MBE. The charity, which has a UK base in Devon, is a direct response to the phenomenon of child homelessness in South Africa, where founder Tom has worked for over 25 years.

The Surfers Not Street Children team, which counts Prince Harry and Pope Francis amongst its supporters, has helped to change the lives of approximately 1,800 vulnerable children to date – through the power of surfing.

Hewitt, who is a life-long surfer, was born in the UK and relocated to South Africa in his late teens. Having previously worked ‘in the field’ with street children in Africa, he arrived in Durban in 1997 to find an intense situation with street children and no coherent strategy to help those most at risk, so he decided to act. 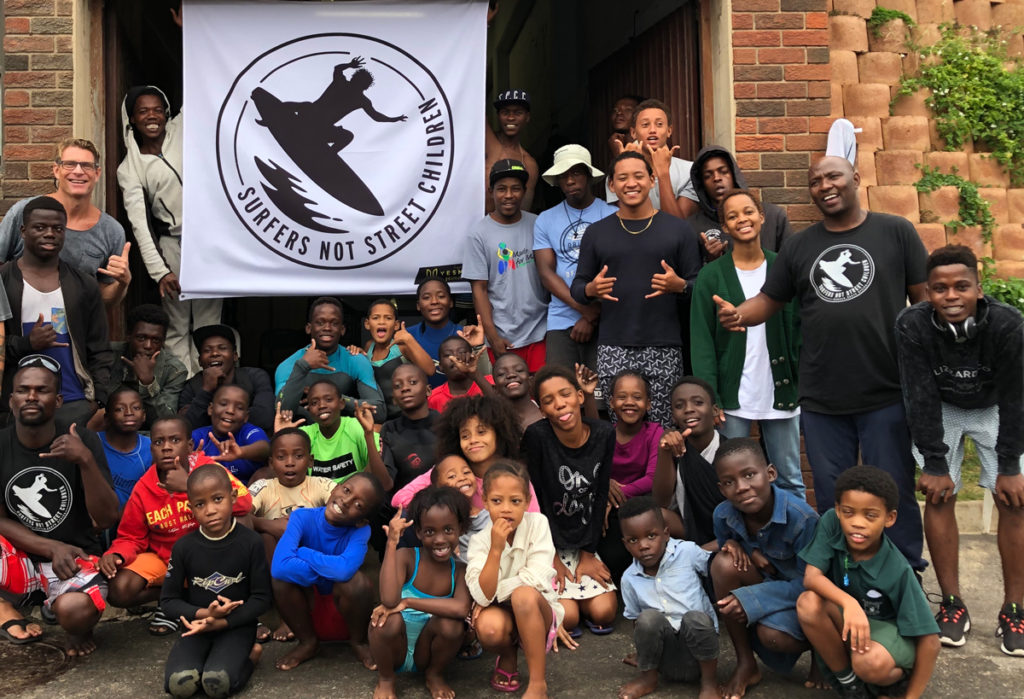 It was then that Hewitt created the Durban Street Team, now known as Surfers Not Street Children, in 1998. This was the first outreach team for street children in the city, many of whom found themselves at risk after fleeing political violence or losing family members to AIDS/HIV.

In its current format, Surfers Not Street Children has been working with vulnerable children and young adults since 2012. Recognising the intrinsic therapeutic value of surfing, the staff – made up of trained professionals and trained former street children – combine learning to surf with mentorship and psychosocial care.

The goal is to empower the children it works with to leave the streets behind for good and become independent and self-sustainable, supporting individuals even when they have found employment to ensure that they don’t find themselves at risk again. 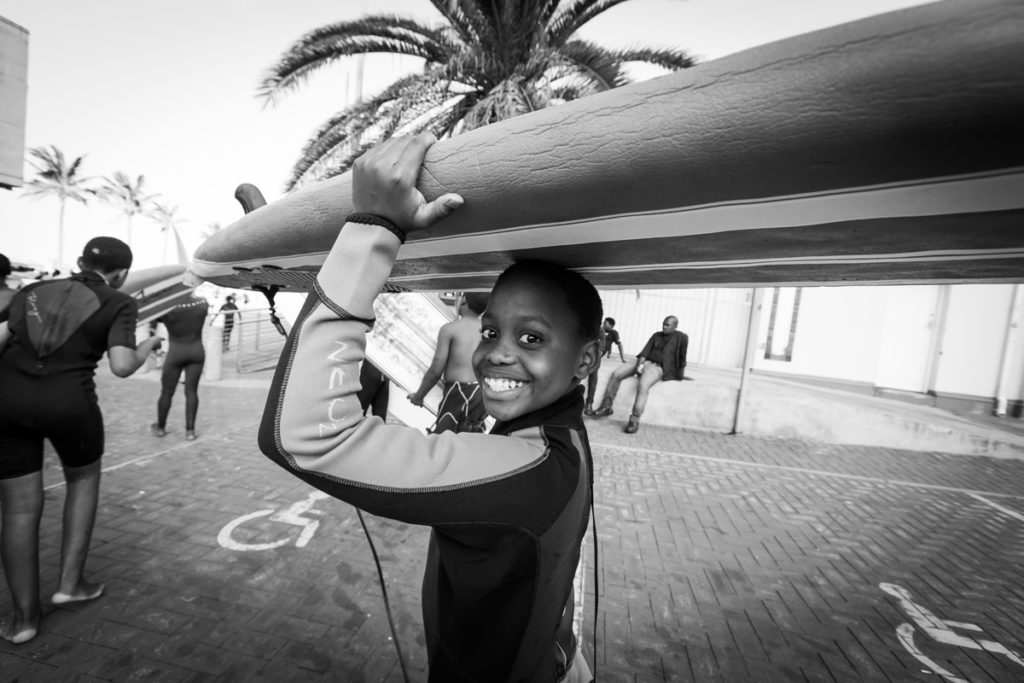 In Durban, the three main programs that they run to support vulnerable children are the Surf Club, the Surf House and the Independent Living Program. The Surf Club is both a daily surf club that offers surfing, mentorship and a life-skills curriculum and a drop-in centre for street children with an outreach program. Meanwhile, the Surf House is a live-in mentorship program for homeless street youth, designed to lead them from childhood into adulthood – preparing them for independent adult life and helping to find employment opportunities for them in the local area.

Finally, the Independent Living Program is for graduates of the Surf House. Over the course of six to nine months, they are assisted to find their own accommodation, the final part of their journey towards self-sustainability.

A percentage of each sale of this Limited Edition dryrobe will go towards supporting the incredible work that the charity does both in South Africa and Mozambique.

Tom Hewitt, Founder of Surfers Not Street Children, commented: “We are super stoked to be in partnership with dryrobe. It is awesome to find partners with shared values and we absolutely love their product and have been using their robes in the program for some time. Thank you to dryrobe for their support and encouragement.” 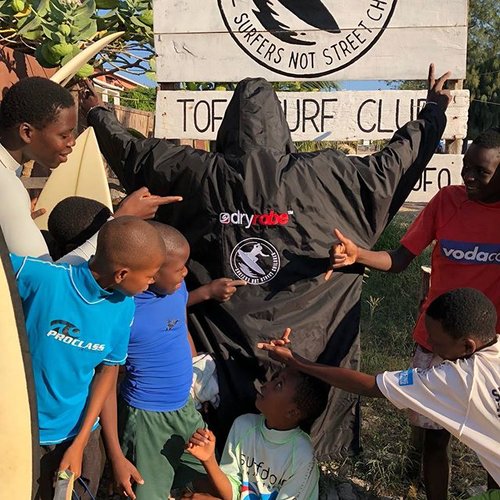 Jo Lee, Head of Marketing at dryrobe, added: “We’re proud to be supporting the amazing and inspiring work of Tom and the team at Surfers Not Street Children. dryrobe is passionate about the positive benefits that surfing and outdoor activity can bring the children and help improve their lives.”

Earlier this year, the charity rolled out its ‘Girls Surf Too’ scheme, which enables social workers and carers to mentor and empower girls living in areas where they are at risk of street connectedness.

Click here for more information on the work Surfers Not Street Children do and the special edition dryrobe.